A blind lawyer with his other senses superhumanly enhanced fights crime as a costumed superhero.

As a show moves from one season to the next, the characters need to enjoy some sort of personal progression. What can be done in a multi-episode show affords these characters the chance to grow and evolve in ways a two-hour film can't. We get to see these people at their highest point, their lowest, and hopefully, by season's end, things have resolved satisfyingly while also giving fans some sort of tantalizing cliffhanger to entice them to come back and see these people again in a year. Daredevil The Complete First Season was a breath of fresh air for Marvel's stunted television offerings. We got to enjoy The Devil of Hell's Kitchen take down the Kingpin and save the neighborhood from a massive criminal organization. The Complete Second Season offers up a very similar story backdrop, but this time a couple new anti-heroes join our titular hero for an enjoyable ride through the crime-infested streets of New York.

The Devil of Hell's Kitchen is a hero. Cops may not be too keen on a vigilante running around beating thugs to a pulp, but when he frequently saves their backsides, they gotta tip their hats to the guy folks call Daredevil (Charlie Cox). When he's not wearing body armor and pads, Daredevil is just average, blind lawyer Matt Murdock who may have a waiting room full of clients, but he and his partners Foggy (Elden Henson) and Karen (Deborah Ann Woll) struggle to make rent when they're being paid only in crates of bananas and home-baked pies. With the Kingpin behind bars, there is a criminal void waiting to be filled. The only problem is someone is annihilating entire gangs before they can rise to power. On the street, this massacre mastermind is known as the Punisher (Jon Bernthal).

While Matt must figure out how to put a stop to this man's personal war against criminal organizations, an old flame Elektra Natchios (Elodie Yung) arrives to complicate his life even further. When their history boils up to the surface, a new and deadly enemy arrives in New York, the criminal organization known as the Hand. Even with help from his mentor Stick (Scott Glenn), Matt Murdock, the man without fear has more on his plate than he can handle and the return of an old enemy may put the lives of his best friends and all of Hell's Kitchen in jeopardy. 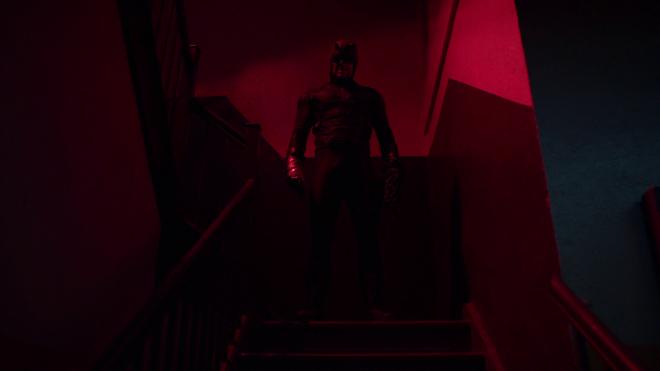 With a year under their belts, great reviews from critics, and solid support from fans, the showrunners and cast of Daredevil had a lot of pressure on them to move the show forward, improve what worked, and drop what didn't. For its part, Daredevil The Complete Second Season is an improvement over the first. The fight choreography is more refined and the action sequences are more brutal. The established characters grow and develop. Foggy becomes more independent as he learns to allow Matt to be Daredevil. Karen gets caught up in investigative journalism as she searches for the truth behind the Punisher's origin and motivation for carnage. And for his part, Matt Murdock struggles with being a hero. He can't take a night off without feeling the guilt of failing to save a life, as a result, he pushes himself farther than even his superhuman limits can allow.

While the familiar faces are great to see again and it's exciting to watch how events unfold and push these characters, it's the newcomers who stand out. In particular Jon Bernthal's Punisher. To say that he steals the show is more than a little bit of an understatement. As each episode unfolds and we learn a little more about him, it's brutal heart-wrenching material. Daredevil The Complete Second Season manages to believably humanize a character that for all intents and purposes is a monster. Episode Three "New York's Finest" and Episode Four "Penny and Dime" are particular high points not just for the show but the series as a whole as it features Punisher and Daredevil squaring off in a moral argument about the validity of killing murderers so that they don't kill again. "You're one bad day from being me," is a great line that sums up the theme of this season perfectly. 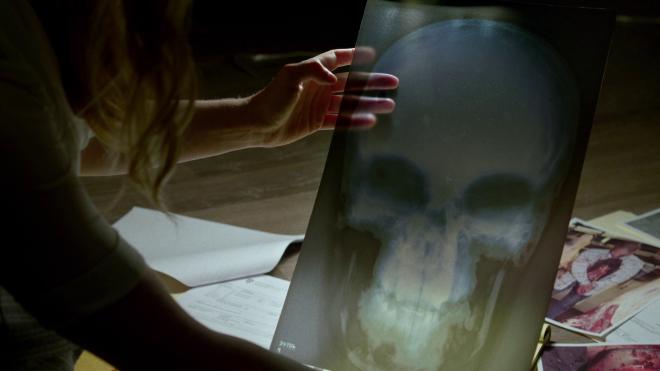 Even Elodie Yung's turn as Elektra proves to be a nice extra layer to the show as her arc brings about story elements that tangentially to the events surrounding Iron Fist Season One and ultimately into Netflix's team-up show The Defenders featuring Luke Cage and Jessica Jones. However, at the same time, much of the Elektra-focused material proves to be the weaker bits of this run. That's due largely to a bigger criticism I have with all of the Marvel Netflix shows as a whole in that at 13 episodes they run entirely too long. There is a lot of bloat and fat that could be trimmed off the lean meat without ever being missed. Admittedly it was cool to see Matt and Elektra's first meeting in college and how she took their exploits too far, but we didn't need to see it. It doesn't add anything other than padding out the runtime to hit that 13 episode mark. 10 episodes are all any of these series need to sell their wares.

With two seasons down and an appearance on The Defenders, Daredevil proves to have a lot of gritty pulpy life left in him. The character has come a long, long way from the days of the black pajama-wearing iteration in Trial of the Incredible Hulk and has firmly left Ben Affleck's Daredevil in the dust. Now with Netflix having established its own mini-Marvel sub-universe of street level super heroes, it'll be interesting to see if the show can hold up under the weight of converging subplots and special appearances and new character introductions. We'll just have to see how well it all works out.

Daredevil The Complete Second Season arrives on Blu-ray courtesy of Netflix and ABC Studios in a four-disc Blu-ray set. All thirteen seasons are spread out between four Region Free BD-50 discs. The discs are housed in a standard two-disc styled Blu-ray case with identical slipcover artwork with two discs stacked on top of each other on either side of the case. Kudos for using a great piece of art from Joe Quesada for the cover artwork rather than an average production still.

Daredevil The Complete Second Season sports a strong 1.78:1 1080p transfer. In a quick comparison, the Blu-ray is an easy and clean win over the standard HD stream Netflix has to offer. Details are stronger with less apparent video noise. Facial features, Daredevil's costume details, or the crisscross of wounds Punisher endures smashed on his face are readily apparent. Colors are on the stylized side of things favoring the dull greens and muddy yellows with splashes of blues as much of the series take place at night. Reds are strong as there is a lot of bloodletting in this season, more so than the first. I noticed the standard HD stream from Netflix had some slight instances of banding that didn't appear on these discs. 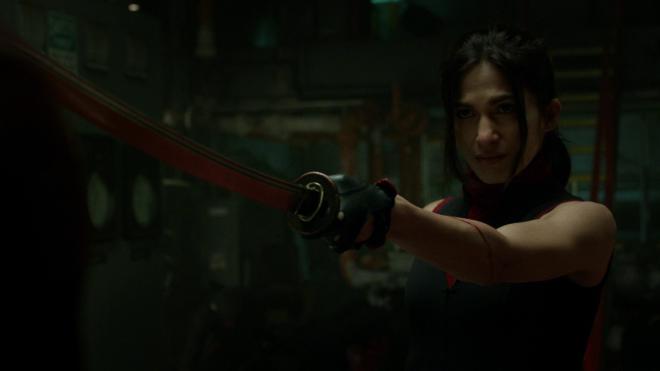 Unfortunately, these are only standard Blu-rays and no physical 4K UHD Blu-ray release is forthcoming. As Netflix has fully embraced UHD streaming for their in-house produced content with Dolby Vision, this Blu-ray presentation doesn't completely replace the streaming experience. If you don't have a UHD TV with Dolby Vision, the Blu-ray of The Complete Second Season is a stronger appearance.

Daredevil The Complete Second Season arrives with a strong and sturdy English DTS-HD MA 5.1 audio mix. Dialogue is crisp and clear even when the chaos of an action sequence builds, voices can be clearly heard - especially Punisher's children's rhyme he utters just before going into battle. Sound effects are strong and thundering where it counts most - gunfights and fisticuff sequences offer up some great surround activity. Scoring is nicely layered into these sequences offering up a nice bit of sonic punch without overpowering the mix or making it sound too cluttered. The mix has a great amount of atmosphere and dimension making even tight quarters like a hospital room or an interrogation room feel like there is an appropriate amount of space. I would say that this mix is on par with what Netflix offers for their standard HD presentations.

Unfortunately, there are no bonus features of any kind available. This would have been the perfect opportunity to sell audiences on seeing Luke Cage, Jessica Jones, The Defenders and pushing the weaker than expected Iron Fist.

All around, Daredevil The Complete Second Season took what worked best for the first season as a strong foundation to build this season on. There is a genuine feeling of character progression as well as some solid setup to the sibling series presented on Netlfix. That said, while this show may bare the name Daredevil, it really is The Punisher's show as his character maintains the stronger character arc and dominates every single scene he's in. The show may still run a bit longer than necessary, but what's here is solid entertainment and offers up the best presentation of the character to date. Netlfix and ABC Studios brings Daredevil The Complete Second Season to Blu-ray in fine order with a strong video and audio transfer that outpaces the standard HD stream. Hopefully one day they'll loop back and issue a 4K UHD Blu-ray with Dolby Vision release to give fans the absolute best possible presentation. As it stands, if you don't have Netflix and aren't on the 4K bandwagon yet, this is still a great release. Even without any bonus features of any kind, I'm still going to call this Blu-ray release recommended. The show is just too good to miss and more than makes up for the misguided lack of bonus feature content.

Sale Price 69.97
Buy Now
3rd Party 69.97
In Stock.
See what people are saying about this story or others
See Comments in Forum
Previous Next
Pre-Orders
Tomorrow's latest releases