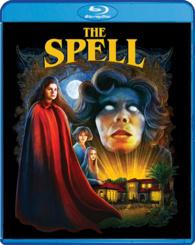 Her thoughts cast a deadly spell of terror!

15-year-old Rita lives in an ordinary town, attends an ordinary high school and wants to lead an ordinary life … but Rita is far from an ordinary teenager. Overweight and self-conscious, Rita (Susan Myers, James At 16) is the victim of cruel teasing by many of her classmates. Only her mother (Lee Grant, Damien: Omen II) and her gym teacher (Lelia Goldoni, Invasion of the Body Snatchers) seem to understand her. But their understanding is not enough to contain the rage that wells up within Rita. And when it does, the rage causes a supernatural power inside of her to take over. Those who are against Rita begin to die. There seems to be no way to stop the terror once Rita has cast her spell.