Academy Award nominees Amy Adams and Jake Gyllenhaal star in this haunting romantic thriller from acclaimed writer/director Tom Ford (A Single Man). Susan (Amy Adams) is living through an unfulfilling marriage when she receives a package containing a novel manuscript from her ex-husband, Edward (Jake Gyllenhaal). The novel is dedicated to her but its content is violent and devastating. Susan cannot help but reminisce over her past love story with the author. Increasingly she interprets the book as a tale of revenge, a tale that forces her to re-evaluate the choices that she has made, and reawakens a love that she feared was lost. Also starring Armie Hammer and Michael Shannon, Nocturnal Animals is a thriller of shocking intimacy and gripping tension.

Relationship thrillers often derail during their last act. Some, like 'Fatal Attraction' devolve into a freak show, while others toss in preposterous twists and turns designed to stun the viewer and deliver a slam-bang finish. Thankfully, 'Nocturnal Animals' stays on track. Writer-director Tom Ford's searing, noir-like study of disillusionment and revenge maximizes the impact of its unique and fascinating structure, and remains true to it, even while navigating an emotional and psychological minefield. This is disciplined and artistic filmmaking of the highest order, and though several gritty elements occasionally push the boundaries and make us squirm, a rich subtext simmers beneath the surface, stringing us along and plunging us deeper into the edgy narrative. Ford and cinematographer Seamus McGarvey always keep the eye engaged, serving up a barrage of beautiful images, and their unerring vision and impeccable craftsmanship make 'Nocturnal Animals' a strange and glorious cinematic beast.

And this beast has teeth. The bizarre, lengthy opening title sequence bites into the viewer with unabashed ferocity as it showcases several naked, obese women dancing in slow motion. We soon learn they're part of an art installation signifying "junk culture," but their joyful abandon, spiritual freedom, and plus-size figures stand in stark contrast with the exhibition's uptight, aloof, svelte, and gorgeously coiffed and attired curator, Susan Morrow (Amy Adams). Susan has everything, and she knows it, but her beauty, success, obscene wealth, hunky husband (Armie Hammer), and palatial L.A. estate aren't enough to make her "happy." And for the life of her, she can't understand why. Love has drained out of her marriage and suspicion and mistrust have crept in, leaving Susan at loose ends, overcome with ennui, and no longer satisfied by the conspicuous consumption and perfectionism that has driven her for the past two decades.

Almost on cue, a manuscript arrives at her home written by her ex-husband, Edward Sheffield (Jake Gyllenhaal), a lanky, down-to-earth Texan who struggled to find his literary voice when the two were married. They haven't spoken in 20 years and, according to Susan, had a "brutal" break-up stemming from a "horrible" deed. The book, titled 'Nocturnal Animals,' is dedicated to her and scheduled to be published soon, but Edward, in a matter-of-fact cover letter, says he wants Susan to be the first to read it, because "you left me with the inspiration that I needed to write from the heart." Susan is instantly intrigued, and in the eerie quiet of her cavernous mansion, she dives into the novel, and an alternative - and very disturbing - narrative unfolds.

The book's central character, Tony Hastings (also played by Gyllenhaal), departs on a road trip across Texas with his wife Laura (Isla Fisher) and teenage daughter India (Ellie Bamber). While driving a lonely stretch of interstate in the middle of the night, the family is run off the road by a gang of redneck thugs, who at first mercilessly terrorize them, then kidnap Laura and India. One of the hoodlums dumps Tony off in the middle of the desert and leaves him for dead, but Tony survives and embarks on a desperate quest to find his loved ones and - with the help of an iron-willed, chain-smoking police detective (Michael Shannon) - seek justice.

As she reads the novel, which both devastates and dazzles her, Susan begins to wistfully recall her relationship with Edward, remembering how they met, her hoity-toity mother's opposition to their union, and what caused their messy split. And as she nears its conclusion, those memories intertwine with the plot and imagery coursing through Edward's prose, culminating in the convergence of all three worlds - past, present, and fictional - which illuminate what inspired Edward to write the book and how his time with Susan has affected and influenced his life.

In multi-layered films with dovetailing themes, the devil is in the details, and Ford's screenplay is close to airtight. The challenging structure may be rife with potential pitfalls, but Ford avoids them all, crafting a seamless, free-flowing tale that never seems forced or gimmicky. Mysteries play out on each level and the respective payoffs vary in intensity, but all are engrossing, distinct in their narrative and visual styles, and finely tuned. A few minor plot holes afflict Tony's story, but because it's within a work of "fiction," they're easier to forgive and ignore. The "real life" portions of the film always ring true, and Ford presents them in an understated fashion that reflects Susan's detachment, regret, and growing sense of unease.

Ford's palpable artistry enhances the story without getting in its way. His shot compositions and affinity for color, light, and shadow often produce breathtaking shots, many of which flit by too quickly to fully absorb. Though 'Nocturnal Animals' is only Ford's second feature, it's a supremely confident outing, and ranks as one of the more beautiful films I've seen in recent memory. And one of the most haunting, too, because it incisively examines how visceral emotions can both destroy relationships and be channeled and expressed through art.

Much of Tony's harrowing story taps into a universal fear most of us harbor. I honestly wasn't sure if I could take it at first, and wondered whether it had a point beyond senseless violence and suffering. But as the pieces began to fall into place, I became transfixed, swept up in the complexity of the characters and disparate realms in which they traveled. It's tough to tie two narratives together, let alone three, but Ford does it masterfully, and closes the movie on an especially resonant note. So often, films like these don't end where they should, but 'Nocturnal Animals' nails its denouement, supplying appropriate closure, but leaving a plethora of questions and motivations unanswered. And that only makes me want to watch the film again to see if I can find and decipher any hidden clues.

The actors perfectly realize the story. Both Adams and Gyllenhaal play dual roles, and though Gyllenhaal's characters are more distinct, Adams, by portraying a woman at two very different points in her life, seems like she's embodying different people. Shannon is terrific as the stone-faced rural detective, earning a Best Supporting Actor Oscar nomination (he'll be squaring off against Jeff Bridges' similar gravelly voiced Texas lawman in 'Hell or High Water'), and Aaron Taylor-Johnson, who picked up the Golden Globe for Best Supporting Actor (but was overlooked by the Academy), is frighteningly menacing as the redneck gangleader and Tony's nemesis. Even small roles make an impression, from Hammer's slimy unfaithful husband and Fisher's devoted wife to Laura Linney's upper-crust society matron and Michael Sheen's gay art aficionado.

Though overshadowed by a host of other Oscar-worthy films, 'Nocturnal Animals' deserves to be regarded as one of 2016's better motion pictures. Raw, literate, and wonderfully constructed, this is a movie that will likely grow in meaning with each viewing. And you'll never get tired of looking at it. Tom Ford may never abandon fashion, but let's hope he continues to embrace film. His talent and vision seem limitless, and this deeply textured work cements his cinematic reputation. 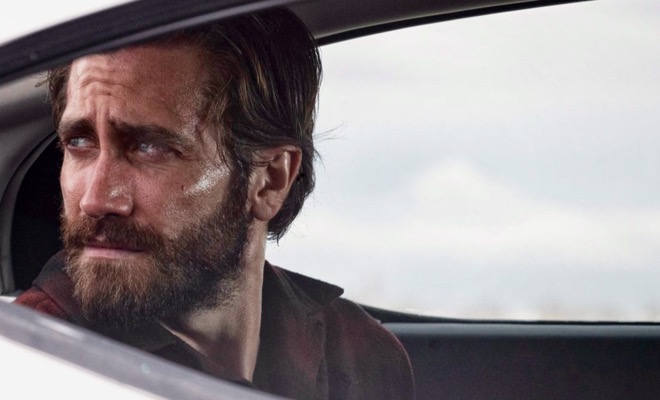 'Nocturnal Animals' arrives on Blu-ray packaged in a standard case inside a sleeve with raised lettering. A leaflet containing the code to access the Digital HD with Ultraviolet copy is tucked inside the front cover, along with a standard-def DVD. Video codec is 1080p/AVC MPEG-4 and default audio is DTS-HD Master Audio 5.1. Once the disc is inserted into the player, a preview for 'The Zookeeper's Wife' and teasers for 'Loving,' 'A Monster Calls.' 'Frank & Lola,' 'Desierto,' 'The Edge of Seventeen,' and 'Bleed for This' precede the full-motion menu with music.

With his extensive background in fashion and architecture, Tom Ford has a keen eye, enviable vision, and an impeccable sense of style, and Universal honors all of these attributes - and Seamus McGarvey's exquisite cinematography - with a striking, gorgeously lush transfer that both diffuses and enhances the edgy, unpleasant story. Not a stitch of grain is present in this sleek, glossy 1080p/AVC MPEG-4 presentation that bursts with superior clarity and contrast and sports a bold color palette. Yellows and reds are especially well saturated, and Amy Adams' auburn hair always grabs attention. A film titled 'Nocturnal Animals' demands stunning black levels, and this transfer delivers with deep, inky blacks that never become clouded by crush. Shadow delineation is also first-rate, patterns are rock solid, background elements are easy to discern, and flesh tones remain natural and stable throughout. Razor sharp close-ups highlight Gyllenhaal's careworn face, Shannon's rugged, weathered look, and Adams' creamy complexion (all of her freckles are marvelously distinct), and no print damage mars the pristine source material. This is a stunning, immersive rendering by Universal that instantly grabs the eye and holds it transfixed until the final frame.

Active and potent best describe the DTS-HD Master Audio 5.1 track. Though surround activity errs on the faint side, noticeable stereo separation across the front channels widens the soundscape, and strong bass frequencies supply essential weight while effectively punctuating dramatic moments. Sonic accents like gunfire, screeching wheels, and revving engines are crisp, and subtle atmospherics like rain and gentle breezes nicely waft across the room. A wide dynamic scale handles all the highs, lows, and sudden bursts of sound without a hint of distortion, and excellent fidelity enhances Abel Korzeniowski's haunting score. All the dialogue is clear and easy to comprehend, and no surface noise or other imperfections impede this well-balanced, high-powered mix.

A trio of short featurettes are the only extras offered on the disc. A commentary track with Ford would have been a nice bonus, but no such luck.

A fascinating, multi-layered story, excellent performances, and - most importantly - dazzling style distinguish 'Nocturnal Animals,' a film that's difficult to watch at times, but yields great rewards. Writer-director-producer Tom Ford's second movie weaves together reality, memory, and fantasy in a compelling, symbolic manner as it explores a trio of tortured relationships that stunningly interconnect. Amy Adams, Jake Gyllenhaal, Michael Shannon, and a strong supporting cast fully embrace the material, and Ford's breathtaking imagery enhances almost every scene. Extras may be paltry, but terrific video and audio transfers distinguish Universal's Blu-ray presentation. 'Nocturnal Animals' may not be everyone's cup of tea, but those who enjoy intense yet finely textured stories, nuanced performances, and expert craftsmanship should buckle up, steel their nerves, and dive into this murky tale of love, violence, betrayal, and revenge. Highly recommended.

Sale Price 9.99
Buy Now
3rd Party 3.74
In Stock.
See what people are saying about this story or others
See Comments in Forum
Previous Next
Pre-Orders
Tomorrow's latest releases