Overview - Something wonderful has happened-- Number Five is alive! Steve Guttenberg and Ally Sheedy co-star in this high tech comedy adventure about Number Five, a robot who escapes into the real world after he short circuits in an electrical storm and decides that he's human. Because he's carrying destructive weapons, the Defense Department and his designer (Guttenberg) are desperate to find him. But Number Five is being protected by a young woman (Sheedy) who is teaching him a gentler way of life.
OVERALL
For Fans Only

Since my son has been unable to contain his mounting enthusiasm for Pixar’s upcoming robotic opus, ‘Wall-E,’ I thought it was a perfect time to introduce him to a cherished flick from my childhood, ‘Short Circuit.’ Of course, I tried to explain that it had been at least fifteen years since I last watched the original adventures of the film’s endearingly sentient hero Number-5, but talk of rolling robots and searing lasers had my son bounding around the room in a frenzy. Alas, like many fond childhood memories, ‘Short Circuit’ didn’t turn out to be the timeless classic I remembered.

When a lightning storm disrupts an advanced weapons presentation for the US military, an errant power surge alters the programming of a prototype war machine (designated Number-5) and causes the confused robot to wander off the premises. Unable to communicate or grasp its budding sentience, Number-5 meets a young woman named Stephanie (Ally Sheedy) who helps the robot learn about the world, develop its personality, and appreciate its existence. The pair eventually find an ally in the robots’ designer, Dr. Newton Crosby (Steve Guttenberg), a humanitarian who isn’t happy that his creation is being developed as a weapon. On the run from the military, Number-5 takes on the name Johnny-5 and discovers the thrill of life, the fear of death, and the allure of freedom.

More than twenty years after its inception, ’Short Circuit’ at least manages to work on a few fundamental levels. First and foremost, the screenplay has weathered the years rather well, strengthened by a series of solid (albeit fairly one-note) performances that wholly sustain the awe and wonder of Number-5’s wide-eyed journey. Sure the film’s wardrobe, slang, and themes are as dated and predictable as one would expect from a sci-fi family flick circa 1986, but I thought Number-5’s plight has effectively evolved into a relevant cautionary tale that’s as applicable today as it was many years ago. More importantly, Number-5 still works as a character -- his mechanical coming-of-age quest is familiar, but his interactions and reactions are imbued with enough wit and heart to keep things rolling along.

Unfortunately, if I didn’t have a soft spot for warm, gooey nostalgia, ‘Short Circuit’ would have lost my interest before the end of the first act. The story itself suffers from a limited scope (especially compared to the film’s superior sequel), the special effects are shoddy (even for their time), and many scenes that don’t feature Number-5 are dull and tedious. The humor is also hit-or-miss, leaving quite a few jokes dangling without a payoff. When Number-5 becomes Johnny-5, he develops a few personality quirks that, to be blunt, seem far more grating than they did when I was younger. To top it all off, the film lacks a palpable threat or convincing villain -- Number-5 is constantly worried his pursuers will disassemble him, but there isn’t a strong enough case to suggest his fears are warranted. The Nova Laboratories officials and the military personnel are portrayed as the sort of people who would capture the robot and exploit his newly developed abilities, rather than destroy a profitable mistake.

And my son? He was disenchanted with the antiquated look and flimsy tone of the film within the first twenty minutes, climbing off the couch to find something better to do with his time. Even six months shy of his fourth birthday, he noticed my disappointment and consoled me by saying, “don’t be sad daddy, some robots just aren’t that much fun.” In the end, ‘Short Circuit’ will mainly appeal to those who already fell in love with Number-5 twenty years ago. It pains me to say it, but I can’t imagine many newcomers, young or old, finding much to love here. 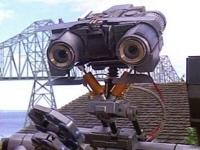 Fans distracted by ‘Short Circuit’s bargain-bin pricepoint will be quick to forgive the disc’s abundant visual inconsistencies, but I could barely contain my discontent. For every splash of color I caught in Image Entertainment’s 1080i/AVC-encoded transfer, there were countless flaws that resulted in fluctuating palette stability and vibrancy, contrast wavering, and detail inconsistency. There are quite a few scenes that offer significant improvements over previous home video releases, but the majority of the film looks as if it’s been pieced together from a variety of sources, each plagued by a different set of problems. Skintones are abnormal, black levels are rarely resolved, and shadow delineation is fairly awful. Worse still, noise is a frequent issue -- incredibly clean shots are often followed by ugly, grain-drenched scenes that don’t look much better than on an upconverted DVD presentation. Artifacting occasionally clutters the image, edge enhancement slithers into the picture from time to time, and dark scenes tend to crush. To make matters worse, scratches and blemishes haunt the picture from beginning to end, making it clear that the original print isn’t in the best of shape.

Thankfully, one element of the transfer preserves the integrity of the upgrade -- fine object detail. While it’s merely a fundamental improvement inherent to the increased resolution, the blurred textures and soft edges of previous releases are a thing of the past. On-screen text is far more legible, plantlife is more defined, and the smallest wires on Number-5’s frame have been rendered with care. Such improvements fail to make up for the disc’s ample shortcomings, but I was at least pleased to see something verify I was watching a high-def presentation. If fans have any hope of enduring ‘Short Circuit’s subpar visuals, they should brace themselves for the worst and approach every scene with appropriately low expectations. 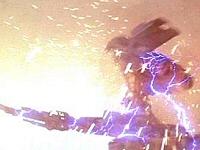 Luckily, ’Short Circuit’ features a decent DTS HD Master Audio 5.1 surround track that helps soften the blow. By no means extraordinary, Image Entertainment’s average lossless mix manages to deliver crisp dialogue, meticulous prioritization, and respectable LFE support. More importantly, the rear channels expand the soundfield and make it possible to immerse oneself in the experience regardless of the film’s age. While the surround speakers are mainly assigned to ambient effects, acoustic enhancement, and elements of the musical score, they handle everything tossed their way with technical proficiency. Admittedly, the DTS HD MA track never delivers an authoritative “wow” moment or exhibit any significant sonic weight, but it faithfully reproduces the original mix and unearths minor audible details that can’t be heard on the standard DVD.

If I have any squabble with the mix itself, it’s that air noise, looping discrepancies, and weak sound effects are common occurrences that undermine the benefits of the lossless track. Don’t get me wrong, ‘Short Circuit’ sounds pretty good -- it just doesn’t do anything to separate itself from other high-def catalog releases. While fans will likely be pleased with the results, everyone else will probably just shrug their shoulders. 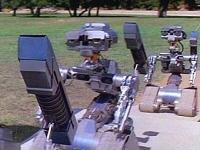 The Blu-ray edition of ‘Short Circuit’ includes all of the features included on the concurrently released Special Edition DVD. While the video segments are presented in standard definition, the sheer volume of material adds relative value to the release and gives fans something to look forward to. 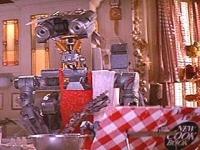 ’Short Circuit’ may not be the timeless classic I remembered it to be, but it hits enough nostalgic notes to make it worth a casual revisit. Unfortunately, the Blu-ray edition doesn’t have a lot to offer its target audience aside from its low introductory price. The disc fails to impress, with a bland and problematic 1080i video transfer, an average lossless audio track, and a decent but repetitive collection of supplements. As it stands, I can’t recommend this one for anyone who isn’t already a fan.

Sale Price 54.94
Buy Now
3rd Party 54.94
In Stock.
See what people are saying about this story or others
See Comments in Forum
Previous Next
Pre-Orders
Tomorrow's latest releases