The owner of a trendy disco starts having problems with the men in her life and the Mafia, which is trying to move in on her place. Cinematography by Dennis C. Lewiston (Roger Vadim's Night Dreams). 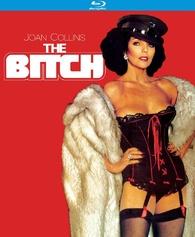 “God help the guy who gets The Bitch”

Cashing in on the success of a film with unplanned sequels isn’t a new concept. Unexpected box office numbers can give producers an itchy trigger finger to green light anything resembling a sequel in hopes of turning an easy profit. Following the overnight success of 1978’s The Stud, based on a Jackie Collins novel, producers were quick to rush into production a direct sequel. Starring a pre-Dynasty Joan Collins as sexy club owner Fontaine Khaled, both The Stud and it’s sequel The Bitch ride the coattails of Saturday Night Fever in the waning days of disco. However, there was no novel to adapt for the sequel. Director Gerry O’Hara was given a 12-page outline from Jackie, a VHS of The Stud, and told to keep it under budget. Joan Collins reprised her role as Fontaine Khaled in 1979’s The Bitch without missing a beat. With these two films, she laid the groundwork necessary to launch her into the daytime TV stratosphere with a role on the iconic soap opera Dynasty.

The film opens with soft focus on Fontaine in her NYC hotel room lazily waking up with her spent lover. The disco tracks start rocking the second they reunite in the steamy shower. The patina of a soft lens paired with an early shower scene indicates this film isn’t fooling around in the romance department. Fontaine's London club “Hobo” is hurting financially. Recently divorced and left on her own, she’s having trouble maintaining her opulent lifestyle despite her business manager’s warnings. Shady Italian hustler Nico (Antonio Cantafora) needs to offload a gemstone for the mob. During the flight to London, he plants it within Fontaine’s coat knowing she can get through security without question. Wrapped in an ocean of mink, she fills the backseat of a Rolls Royce enroute to her disco. Filled with employees dancing under the smallest disco floor you’ve ever seen, Fontaine leers at young guys and hurls insults at the management. Nico unwisely reveals his plan to her after a romantic encounter in the mirrored sex palace she calls a bedroom. With Fontaine struggling financially and now deceived by her Italian lover the last thing she needs is the mob breathing down her neck.

Unfortunately, The Bitch is an easily forgettable thriller. Joan Collins is perfectly cast for the character, but the film failed to keep me interested past the steamy affairs. For a scrappy disco divorcee who isn’t afraid to express herself sexually, it seemed awful to refer to her as a “The Bitch”, right? Outside of a few snide remarks and side eyes, she did what was necessary to keep her ship afloat. Even when Fontaine is vulnerable she’ll fire back by sexing up her boy-toy chauffeur or parade around London flaunting herself at competing discos. However, the paper thin plot just kept me waiting for the next Fontaine outburst or in the least something interesting to look at. Thankfully, this film is painfully dated so it affords a copious amount of disco-era fashion, gentle but cheeky nudity, and enough mirrors to satisfy the cocaine habit of an army.

Gerry O’Hara’s direction is very clean and efficient while working within the glamour look. Other than a few sweeping camera motions during the sex scenes, The Bitch keeps a limited visual vocabulary. Stylistically the film combines a 70’s perfume commercial with cheeky British humor. Not to mention the disco aesthetic is pouring from more than just the soundtrack. The use of glamour photography throughout the feature helps the proceedings attain that steamy look but it can be distracting at times. I think for the sex scenes the camera operator just kept his thumb on half the lens to obscure anything not hidden by shadows. O’Hara was under massive pressure from the producers and the Collins’ sisters to turn out a hit. Unfortunately, The Bitch was too much of a bitch to make and O’Hara slowly abandoned the director’s chair.

The Bitch is a trashy piece of disco fun. I’ll admit that a Jackie Collins adaptation didn’t sound all that appealing to me at first, but when Joan gets into her groove The Bitch is an oddly fun (but kinda boring) sexploitation flick. With her steely resolve and imposing confidence striking fear into men, Fontaine Khaled seizes every opportunity to come out on top. God help everyone who filmed those sex scenes and God help the guy who gets The Bitch!

The Bitch arrives on Blu-ray thanks to Kino Lorber and their Studio Classics label. Pressed onto a Region A BD-25 Disc the disc is housed in a standard Blu-ray keepcase. The disc opens to a static Main Menu with basic options available. Just pop in the disc and wait for the pumping disco tracks to start playing! 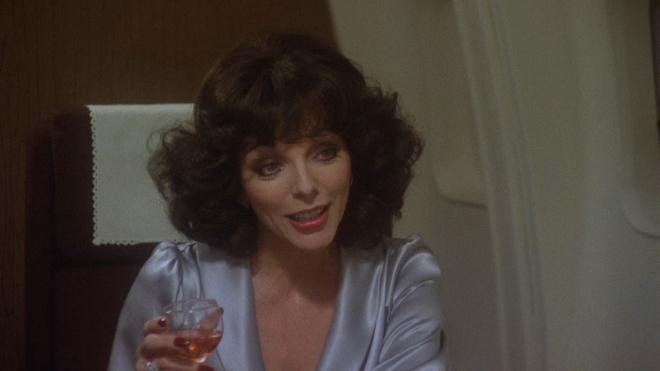 Presented in 1080p with a 1.85:1 aspect ratio the Kino Blu-ray preserves the film’s soft-focus patina while keeping grain and detail intact. Skin tones are consistent while black levels fight for balance in low light scenes. Colors are bright and bold if a bit washed out at times due to the soft lens. Some noise in the image but nothing distracting. It’s safe to assume The Bitch looks as good now as it did in 1979. 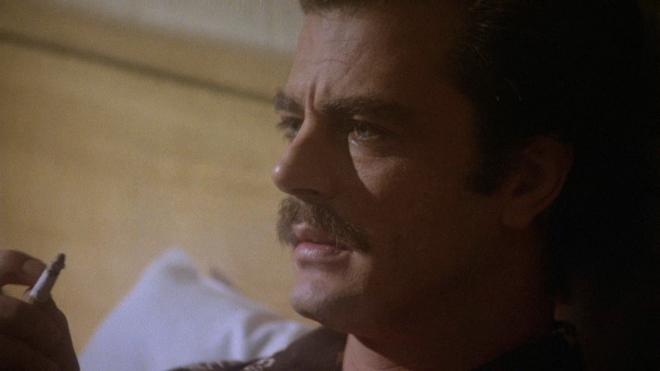 Audio quality is serviceable with the DD 2.0 audio track handling dialogue and the disco tracks well. Subtitles are at times incomplete. 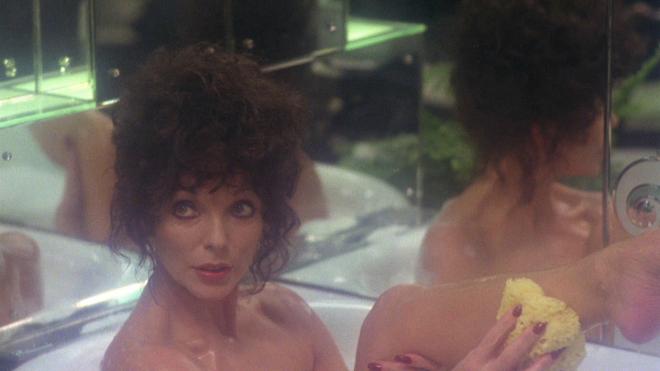 Interview with Director Gerry O’Hara (HD 18:05). A retrospective interview in which O’Hara walks us through his early days in film through his involvement with Joan Collins. 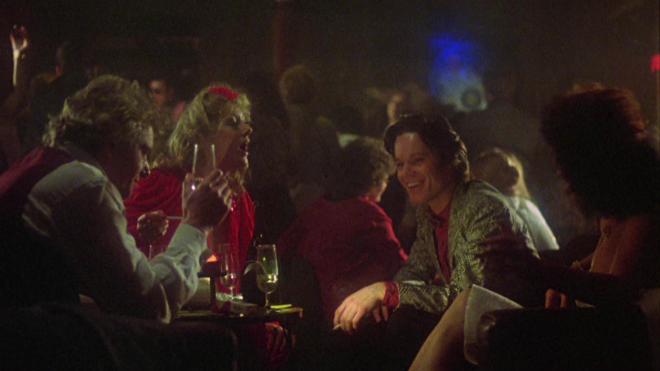 I almost loved The Bitch. Joan’s smug maneater Fontaine is a blast to watch. Not everyone can utter the line “Have you ever played backgammon in bed?” like her. Unfortunately, the film suffers trying to connect the cast of characters to the thin plotting. The stakes are never high enough to pull the viewer into the story even with predictable devices in rotation. Thankfully, The Bitch is a sexy disco flick that shouldn’t be taken too seriously. Kino Lorber’s Blu-ray provides a respectable A/V presentation with the commentary track being the standout special feature. Recommended for British sexploitation fans and Joan Collins devotees.