Don't sleep. Don't ever sleep. That's when it happens. That's when tentacles leave the alien pod and enter your ears and nostrils. Soon you're not you anymore. You've been taken over, a victim of Body Snatchers.

A science-fiction classic gets an eerie, modern update in this spellbinder inspired by 1956's Invasion of the Body Snatchers and from the producer of the 1978 remake. Advances in screen special effects now enable director Abel Ferrara (King of New York, Bad Lieutenant ) and his crew of wizards to depict the actual birthing of a pod – and its devastating effect on the human host. Who says there's no rest for the wicked? As stars Gabrielle Anwar, Terry Kinney, Forest Whitaker and Meg Tilly discover, no one rests when the only way to sleep is to keep one eye open. And one foot out the door.

Ah, the days when wearing torn jeans and a leather jacket were enough to meet the requirements of being labeled a rebellious youth. And it's always accompanied by an apathetic, devil-may-care attitude and a laissez-faire outlook hiding the fact that one cares too much. But this is precisely what we want in a movie like 'Body Snatchers' where unquestioned conformity, blind obedience and automatic allegiance to an ideology is portrayed as a terrifying possibility. The only way to resist and combat such a threat is to be what basically amounts to being a criminal, to be defined as an insurgent to the majority's single-minded cause. And who better to encapsulate this very attitude than Marti Malone (Gabrielle Anwar), a sweet and kindly teen armed with a surly, crotchety mood at the ready. At first, she aims her grungy mouthiness at her stepmother (Meg Tilly) and father (Terry Kinney) in typical teen-angst temper, but she eventually learns to harness her defiance as a strength against an alien invasion.

This is a drastic change to the plot of Jack Finney's 1955 novel on which the film is based and inspired two now-classic sci-fi thrillers: Don Siegel's 'Invasion of the Body Snatchers' and Philip Kaufman's 1978 remake. Whereas the original story and the two later adaptations feature adults in professional careers discovering their friends and neighbors are subservient followers of cultural norms and trends, the filmmakers capture those same feelings of fear and paranoia through the eyes of a kid at the brink of adulthood realizing all of society and the generation before her are compliant, submissive automatons. Working from a script adapted by Stuart Gordon ('Re-Animator,' 'From Beyond') and long-time collaborator Nicholas St. John, director Abel Ferrara makes this reimagining work as a pseudo-allegory for the socio-political climate of the time. It was a period recovering from the Regan-Bush era and the first Gulf War, as directly mentioned by one character, when many were skeptical of the military–industrial complex. 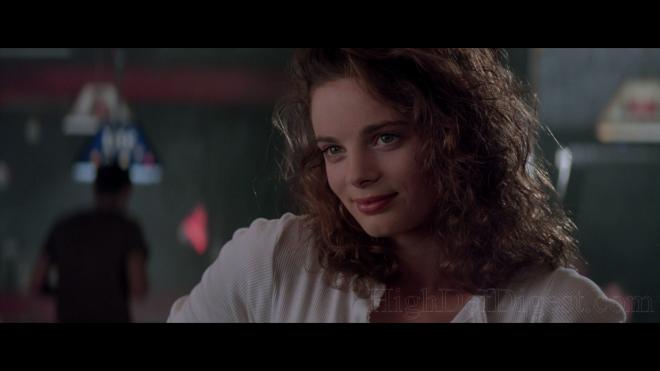 Another major alteration is Ferrara and company resituating the plot on an army base rather than everyday America, manifesting those above-mentioned sentiments of uncertainty. Further driving the theme home is Marti's family being outsiders. As seen through the eyes of a teen at the height of the grunge movement giving voice to feelings of social alienation and expressions of individuality, the military is viewed as rigidly structured and intimidatingly routine. Navigating her through the lifestyle of the military brat is Jenn Platt (Christine Elise), a young woman whose father is none other than real-life veteran R. Lee Ermey as the base General. Riding around in a bright red convertible while blasting loud rock music, she's the epitome of the rebellious teen while her short hair screams tough, liberated feminist. Marti also makes friends with helicopter pilot Tim (Billy Wirth), who doesn't take long revealing a tender side under that frigid soldierly exterior. And beneath those dreamy eyes hides a rebel waiting for her to give him a cause.

Setting the horror of being duplicated into mechanical, emotionless replicas blending within the military isn't the astute, clever twist creators imagine it. Nevertheless, 'Body Snatchers' has its moments and can, at times, appear pretty perceptive, but the production's strongest feature is the way the filmmakers managed to extract an engagingly suspenseful movie from such a simple concept. I had been following Ferrara's career since I first discovered 'Ms. 45' and 'The Driller Killer' and greatly enjoyed his unusual style in 'Bad Lieutenant' and 'King of New York.' But something about his first foray into science fiction has always left me admiring his talents. Granted, his curiously odd style includes overusing the Dutch angle, but combined with Bojan Bazelli's dark photography, the film sustains a creepily ominous atmosphere making the simple plot feel pertinent. Then again, Finney's novel has always felt incessantly relevant, probably even more so today than ever going into the 21st Century. And I suspect we'll soon see a fifth adaptation of this terrifying cautionary tale going forward into our current socio-political climate.

Warner Home Video brings 'Body Snatchers' to Blu-ray on a Region Free, BD50 disc housed inside a blue, eco-elite case. At startup, viewers are taken directly to a static menu screen with sparse options along the bottom.

The invasion begins on Blu-ray with a great-looking 1080p/AVC MPEG-4 encode that boasts a few astounding moments, marking this high-transfer a satisfying improvement over previous releases. Thought still on the softer side of things, random objects in the military houses and offices are discernible and clear, no matter how dark or poorly-lit the scene, of which there are many. The clothing shows the thick threading of the fabric while the small scratches and spots of mild rust and age are nicely detailed in the every vehicle. Natural grain is continuously visible and thinly layered, giving the 2.40:1 image an appreciable and welcomed film-like quality.

The biggest win is Bojan Bazelli's uniquely ominous cinematography, which favors softer secondary hues and earth tones. Lavishing the screen with lots of warm oranges, yellows and browns, primaries nonetheless break through accurately and full-bodied. Contrast is well-balanced and comfortably bright while black levels are deep and surprisingly rich, showering a majority of the movie with sinisterly dark and menacing shadows.

The cult favorite also infects Blu-ray with a surprisingly active and excellent DTS-HD Master Audio soundtrack. It won't necessarily give anyone's system a workout, but it's much better than initially expected with lots of activity for most of the film's runtime. While on the military base, helicopters seem to continuously fly overhead, soldiers are always heard in the distance, and random vehicles are driving in all directions. Other quieter moments are layered with the sounds of the neighborhood or music playing while inside the bar. When the military base suddenly goes haywire in the last quarter, the rears comes alive with convincing directionality and various panning effects that creates a satisfyingly immersive soundfield.

With outstanding channel separation and balance, imaging feels broad and expansive with a variety of background activity effectively bleeding off-screen. Arguably most impressive is a distinctly clean and surprisingly extensive midrange, exhibiting plenty of detailing between the highs and mids, even during the film's loudest, most intense moments. A responsive and ample low bass provides the lossless mix with pleasing weight and presence while dialogue remains clear and precise amid all the mayhem.

Aside from a theatrical trailer, this is a bare-bones package.

In Abel Ferrara's 'Body Snatchers,' the third film adaptation of Jack Finney's 1955 novel, the archetypal rebellious teenager is turned hero against an alien race transforming society into blindly obedient, unquestioning conformists. Although not as perceptive as its creators would have hoped, the stylized cautionary tale is nonetheless entertaining and as relevant today as ever. The Blu-ray arrives with a shockingly excellent audio and video presentation that blows previous editions away, but sadly, Warner Bros has not granted Ferrara's film with any bonus features. Still, the bare-bones release is a worthy purchase for cult fans everywhere.