At a funeral, Mike (Michael Baldwin), watches as a tall mortician clad in black (Angus Scrimm) tosses the unburied coffin into a waiting hearse as if it were nothing. Seeking the truth behind this unusual sight, Mike breaks into the mortuary, where he comes face-to-face with the sinister Tall Man. After barely managing to escape with his life, Mike enlists the help of his brother, Jody (Bill Thornbury), and their friend Reggie (Reggie Bannister). Together they set out to uncover the secrets of the Tall Man and those who dwell in his hellish world.

Don Coscarelli tapped into something deep yet unreal in the subconscious of kids' understanding of death with 'Phantasm.' When it originally released in theaters in 1979, moviegoers initially missed this discerning, latent theme lurking beneath the plot, artfully veiled by a simple story of brothers still coping with the death of their parents. Over the years, and with repeat viewings, this more astute aspect of Coscarelli's film, which has also grown into a favorite cult horror classic, has come out the shadows, revealing a more clever and stylish tale at the heart of this low-budget independent production. While not appropriate for children in the traditional sense — meaning this is nowhere near suitable for younger viewers, what, with all the boobs, drinking and bloodletting throughout — the movie nonetheless fashions a pertinent discussion about a kid's grasp and perception of loss, especially one as tragic as the loss of family. Unfortunately, we can't really go much deeper in that conversation without also spoiling the ending and delving into its meaning, so we'll keep the chat on preadolescent Mike confronting Death head on.

And from the point of view of little Mike Pearson (A. Michael Baldwin), death is one hell of a trippy experience, like a bad dream teeming with little people in brown, hooded robes that bellow spine-tingling guttural screeches. They're abnormally strong, vicious creatures with the strength to pull victims through car windows or be shot several times but continue in their single-minded attack. The entire horde of them are controlled by a lanky, slender man only known as the Tall Man and played with creepy, frightening perfection by the late Angus Scrimm, whose stage name is not only awesome but whose performance has gone down as an icon of the horror genre. As the local mortician of the small Oregon town who carried out Mike's parents' funeral, the menacing-looking man is a thing of nightmares. In fact, he seems to possess the power of invading Mike's dreams, his severed limbs transform into monstrous blood-sucking bugs, and can take the appearance of a beautiful woman. His origins and true intentions are a mystery, but he's fixated on tormenting Mike while making his life a living hell. 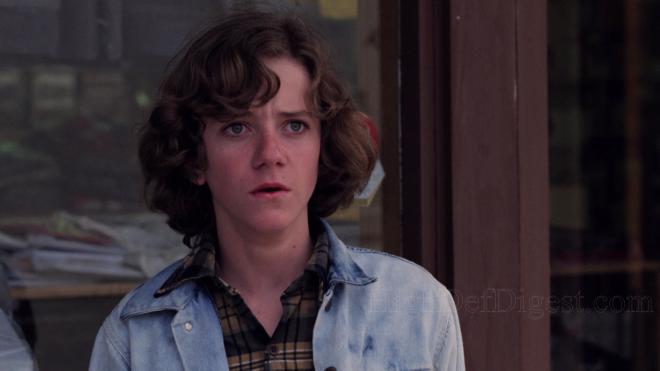 Knowing the end of the movie helps to explain some of these details and how these events come together as they lead up to those final minutes, especially in clarifying the film's surreal and otherworldly atmosphere. On the whole, it's meant as a shocking twist while at the same time resolving any loose ends and the questions more nitpicky, critical viewers will surely want answered. In all honesty, Coscarelli hadn't quite developed the skills for pulling off such an unexpected conclusion at the time. It was only his third feature with very limited resources and the help of various local aspiring filmmakers and actors. Nevertheless, what he was trying to accomplish is clear and makes for a fascinating watch because it essentially tackles the distressing pain of death from the perspective of a thirteen-year-old boy and feelings of abandonment. The Tall Man doesn't exactly embody Death — yes, with a capital "D" — but he's more a representative or agent of the inevitable conclusion to life. And with his deadly Sentinel Spheres at his disposal, he takes on an authoritative, unstoppable mythological presence in the film.

Thankfully, Mike gets a little help from his friends. No, not by breaking into a Beatles song and dance sequence, though admittedly, that actually would have been pretty cool and perhaps even apropos given all the darkly interesting visuals in the film. Those friends are Mike's older brother Jody (Bill Thornbury) and Reggie (Reggie Bannister), and they help the young preteen through his grieving process. However, adding insult to injury — at least, in Mike's eyes — is Jody wanting to leave for some unexplained reason, possibly to grieve in his own way. Reggie, on the other hand, is a very close friend of the family without any plans of ever leaving and sells ice cream for a living, which could be read as a deeper metaphor for something. Mike continuously proves himself a tough, talented mechanic with a knowledgeable passion for working on his brother's 1971 Plymouth Barracuda. And again, this little detail adds another penetrating layer to an otherwise low-budget B-movie. Don Coscarelli's 'Phantasm,' which is another word for both boogeyman and a fantastical reverie, is a smart horror flick that relies more on atmosphere and a creepy ambience than simple scares and lives on as a cult classic.

Well Go USA brings 'Phantasm' to Blu-ray as a two-disc combo pack dubbed the "Remastered" edition. Housed inside a blue eco-elite vortex case with an attractive, glossy slipcover, the Region Free, BD25 disc sits comfortably opposite a DVD-9 copy. After several skippable trailers, viewers go to a static menu with standard options along the right side and music.

The Tall Man and his silver Sentinel Spheres hunt down their victims with a stunningly beautiful and striking 1080p/AVC MPEG-4 encode. This is, hands down, the best the cult classic has ever looked on any format. And the results are all thanks to the efforts of JJ Abrams and his Bad Robot production company restoring the original camera negatives with a brand new 4K remaster. It's not perfect since the elements still show some minor deterioration and discoloration in several areas, most notably at around the 00:47:37 mark where a single frame might have been overlooked during the restoration process. Many scenes are also on the softer and blurrier side of things, some more than others, which we can simply chalk up as the result of the original photography and the condition of the OCN.

On the whole, however, the picture is surprisingly sharp, exposing the tiny details of various objects throughout the Pearson household. Individual hairs, the bark of trees and the blades of grass are distinct, as the fibers of the shag carpeting. Natural facial complexions reveal every wrinkle and minor blemish in the entire cast, and the threading in Mike's faded jean jacket is made plainly visible. Contrast is spot-on, providing the 1.78:1 image with a comfortably bright and energetic appeal, which then enhances those scenes inside the intensely white room with the pair of silver prongs. The black containers lining the walls show excellent balance and strong disparity in the brightness levels. Though a couple scenes seem noticeably faded and wanting, a majority of the movie is showered in inky rich shadows that don't ruin the finer details. Colors also benefit greatly from the remaster, delivering lots of deep, vivid reds in the blood and the skies of the other dimension, glowing blues in the clothing and furniture, and animated greens in the surrounding foliage.

Along with the video, producers also decided to upgrade the cult horror favorite with a brand new surround sound track that better enhances and elevates the visuals creepily surreal atmosphere.

From the opening moments, the DTS-HD MA soundtrack opens with wide and expansive presentation, the haunting music of Fred Myrow and Malcolm Seagrave spreads evenly across all three channels. Full of warmth and fidelity, imaging feels broad with excellent clarity and detailing while activity in the background moves across all three channels with flawless panning. Conversations are precise and distinct in the center with the occasional voice convincingly traveling off-screen. Low bass provides the track with a welcomed, palpable presence without feeling exaggerated or phony. The lossless mix also comes with a surprisingly good amount of activity in the rears, carefully placing noises and ambient effects that create a satisfying soundfield. And these atmospherics thankfully don't come off artificial or forced, but used with very subtle effectiveness and impressive placement for generating a spooky tone.

The high-rez mix is accompanied by optional mono and stereo tracks in legacy Dolby Digital.

Stylish and atmospheric, Don Coscarelli's 'Phantasm' is a low-budget B-horror flick that's smarter than it initially leads one to believe. Following a pair of brothers grieving the untimely deaths of their parents, the cult classic is a thing of nightmares, mythology and superstition, particularly the memorable and iconic performance of the late Angus Scrimm as the nameless mortician. Made from a brand-new restoration of the original camera negatives and a 4K remaster, the Blu-ray arrives with a fantastic and gorgeous audio and video presentation, a massive improvement over previous home video editions. Although supplements are disappointingly light, the overall package is recommended for fans and cult collectors.

Sale Price 19.99
List Price 29.98
Buy Now
3rd Party 14.56
In Stock.
See what people are saying about this story or others
See Comments in Forum
Previous Next
Pre-Orders
Tomorrow's latest releases