For years, by-the-book Hong Kong detective Benny Chan (Jackie Chan) has tried to avenge his partner's murder at the hands of a drug lord. When Benny learns that freewheeling American gambler Connor Watts (Johnny Knoxville) has the evidence he needs, he teams with Connor to get justice. Now all Benny and Connor have to do is survive the fight of their lives — and each other!

It's tough watching a filmmaker or a star's career low point. It's especially difficult when the individual in question was responsible for some of your favorite movies when you were growing up. Such is the case of Finnish director Renny Harlin as well as star Jackie Chan and their latest effort 'Skiptrace' co-starring Johnny Knoxville. Produced and released in China, 'Skiptrace' was a huge hit internationally, but as a film, it's little more than a muddled constipated 'Midnight Run' knockoff. The action sequences are inventive and showcase the familiar Harlin flavor with some Jackie Chan flair, but the forced comedic moments and some slipshod editing keep the film from reaching its full potential.

Bennie Chan (Jackie Chan) is a dedicated Hong Kong detective on a mission to avenge the death of his partner at the hands of the international criminal known as The Matador. For years Chan has been convinced that billionaire Victor Wong (Winston Chao) is the man he's after, but Wong's political connections require Chan to find irrefutable evidence about his criminal dealings. Making matters worse for Chan is his niece Samantha (Bingbing Fan) has gone undercover at one of Wong's casinos in order to find the evidence they need.

Luck would have it that professional gambler, con man, and cheat Connor Watts (Johnny Knoxville) happens to be staying as a VIP at the casino. When some Russian gangsters he cheated catch up to him, Connor tries to run away to the safety of his private suite but instead manages to be the only witness to Victor Wong killing a young woman. With her dying breath, the woman gives Connor her phone - which supposedly has some information about Wong on it. Now that Connor is on the run, Bennie Chan will have to capture Connor from Russian gangsters, secure the phone, get across Mongolia, and back to Hong Kong inside of two days so Connor can testify and put Wong behind bars. 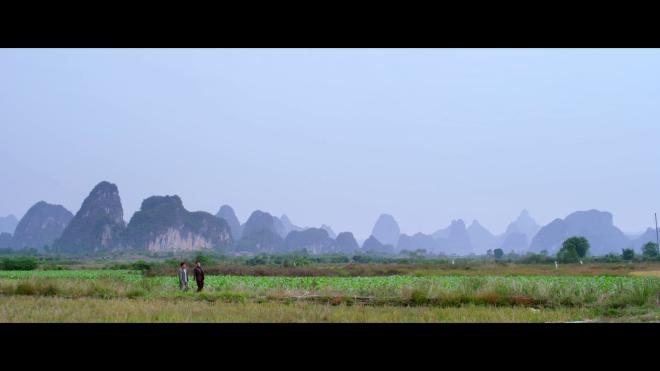 It's hard to know where to start with a review of 'Skiptrace,' the film is just a mess. From the near-incomprehensible opening to the odd and prolonged flashback sequence involving people the person flashing back couldn't possibly know to the frequent cutbacks to previous scenes to constantly remind the audience what already happened mere minutes ago, 'Skiptrace' is a logic headache. This is a simple story. Cop has to get criminal back to home base to testify before several groups of bad guys kill said criminal. That's it. All they needed to do was set up a simple A to B to C plot thread and just go with it. But director Renny Harlin and his team of editors decided it was best to start at C, go back to A, jump to G, show us B, and then pick things up at O and hope that makes sense as the audience moves on to Z. On top of that, there is a very bizarre randomness to the film's use of subtitles and dubbing. One moment Jackie Chan and Bingbing Fan will be having a conversation in Chinese with subtitles, the next shot they'll clearly be speaking in Chinese but they'll be needlessly dubbed, and then the very next shot will be back to Chinese with subtitles. Like I said, it's a mess.

While Harlin hasn't lost a step with his action staging - a fight between Jackie Chan and Eve Torres as a Russian assassin involving a Matryoshka doll was particularly inventive and humorous - his sense of story timing and comedy don't align. In his heyday, Harlin was a reliable hand at some inventive action movies. 'Die Hard 2: Die Harder,' 'Cliffhanger,' 'The Long Kiss Goodnight' are all prime examples of his abilities at handling comedy, story, and action. With 'Skiptrace,' it just feels like he's going through the motions. Staging a quick action scene so the film doesn't become too boring, but he never takes the time to help the characters feel like real people. Jackie Chan and Johnny Knoxville have some great bits together, there are some very good, genuinely comedic moments, but they're not in service of the story or the moment - it's just what those two guys do best but this is hardly their best work.

By the time 'Skiptrace' was over, all I wanted to do was watch 'Cliffhanger' and remember the good days of Renny Harlin movies. Heck, at this point I would even settle for 'Exorcist: The Beginning,' at least it was competently put together by comparison. 'Skiptrace' was an unfortunate reminder of how filmmakers and action stars fade. I suppose the best I can say about this film is that it is at least watchable, but it isn't very good. Those coming into this film hoping for the glory days of Harlin-helmed action films, Jackie Chan hijinks, and Johnny Knoxville one liners will likely be left wishing they'd watched something else.

'Skiptrace' arrives on Blu-ray courtesy of 'Lionsgate' and is pressed onto a Region A BD-25 disc. The disc is housed in an eco-friendly Blu-ray case with identical slip cover and comes with an Ultraviolet Digital HD voucher. The disc opens with trailers for past, present, and future Lionsgate releases before arriving at an animated main menu wth traditional navigation options.

'Skiptrace' features a robust digitally sourced 2.40:1 1080p transfer. Details are uniformly excellent throughout most of the film. Colors are bright and vibrant with natural tones and some excellent primary pop. The location scenes, in particular, are some real show-stopping moments. Black levels are solid, if not quite fully appreciable limiting the sense of depth to the image at times. Where the image can tend to suffer is during some of the more action-heavy sequences requiring a lot of camera movement. I noticed the image would become notably softer and feature a bit of motion blur and would feature a bit more video noise. Thankfully those are only fleeting moments and don't totally upend the entire presentation. All around this is a perfectly decent transfer that gets the job done.

Where the presentation for 'Skiptrace' tends to suffer is in the audio department with this English/Chinese DTS-HD MA 5.1 track. I don't know whether it was due to set recording limitations or it's international production status forcing different takes or dialogue for different territories, but the audio mix for this film is rather odd. So much of the film sounds overly processed and lifeless. One moment the dialogue will sound clean and natural with plenty of atmospheric presence and depth and then within the same scene the audio can sound flat, lifeless, and canned. The odd instances of dubbing and intermittent subtitles I mentioned in the primary review are the most obvious offenders, but this keeps happening throughout the film's runtime. One scene could feature robust surround activity with clean and natural dialogue, the next scene will sound flat, dubbed, and almost no surround presence. It's a frustrating track, to say the least.

Audio Commentary: Director Renny Harlin may have seen better days in his career, but the man can still record a hell of a great commentary track. Harlin covers the multiple projects he and Jackie Chan almost worked on together as well as how this film came together, working on location throughout China, as well as shooting all of the action sequences. It's a great commentary, I just wish it was for a better movie.

When Jackie met Johnny: (HD 5:03) It's your typical EPK feature but at the same time it's got a little something extra because Chan and Knoxville are interviewed side by side and they clearly had a great time together.

I honestly hoped 'Skiptrace' would have been something more than the sum of its parts. When you have Renny Harlin, Jackie Chan, and Johnny Knoxville on a film you'd expect some decent material to rise to the surface. While there are some humorous moments and some good bits here and there, ultimately the experience isn't all that rewarding. Lionsgate brings the flick to Blu-ray with a good looking image transfer, a frustratingly problematic audio track, but the Renny Harlin commentary is a good listen, so there's that. While action fans may be tempted to pick this one up on a whim, unless it's at a bargain price I'd recommend giving it a rent first.

Sale Price 9.99
List Price 14.99
Buy Now
3rd Party 8.15
In Stock.
See what people are saying about this story or others
See Comments in Forum
Previous Next
Pre-Orders
Tomorrow's latest releases