In The Night Of, Pakistani-American college student Nasir "Naz" Khan, who lives with his parents in Queens, NY, takes his father's taxi to go to a party in Manhattan. But what starts as a perfect night for Naz becomes a nightmare when he's arrested for murder. The series examines the police investigation, the legal proceedings, the criminal justice system and Rikers Island, where the accused await trial. 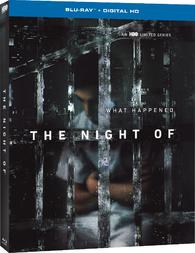 When it comes to the small screen, murder mystery procedurals are a dime a dozen. Due to the neverending success of network television's 'Law & Order,' nearly every basic cable channel striving for original content has at least one procedural of their own – each with its own gimmicky angle and quirky characters. Most are a complete waste of time, but with HBO's ongoing track record, it's no surprise that theirs is one of the very best.

Imagine a blend of the first season of 'True Detective' and 'Oz.' That's exactly what HBO delivers with their eight-episode limited series 'The Night Of.' Like 'The Killing,' instead of following a murder-of-the-week structure, the entire series focuses entirely on one murder. Unlike 'The Killing,' 'The Night Of' doesn't suck. Everything that 'The Killing' got wrong, 'The Night Of' gets right: the focus is spread evenly throughout the ensemble, giving each character a great amount of development; and instead of putting all efforts into misdirecting the viewers, the writers pump out a quality, thought-provoking and socially relevant tale that triggers extracurricular thought and conversation.

British actor Riz Ahmed ('Jason Bourne,' 'Nightcrawler') plays Nasir Khan, the catalytic character upon which the series hinges. The American-born son of Pakistani immigrants, Nasir is a good 20-something college student who makes several bad decisions over the course of one night. When a friend bails on plans to attend an out-of-their-league party, he steals the keys to his father's co-owned taxi cab and attempts to make his way to the party being held on the unfamilar opposite side of New York City. Along his journey, there's quite of bit of pre-crime set-up that will catch your attention even though it won't turn into pay-off until deep into the series. The ominous tone subliminally tells us to collect this evidence for later use. Ultimately, we will piece together the mystery with characters that we have yet to meet.

With Nasir unable to find the switch that turns off the open-for-business sign on the top of the cab, several pedestrians attempt to hop in for rides. He successfully gets a couple guys out of the car, but when he pulls over to get his bearings and an attractive young woman gets in the car, he doesn't react the same. When she, Andrea Cornish (Sofia Black D'Elia), gives him her kind attention, Nasir goes along with the appearance and gives her a ride. Along the way, the two hit it off and ultimately end up at Andrea's ritzy home. Enjoying her affection, Nasir gives in to Andrea's dark charm and ends up doing things that he wouldn't do otherwise: two types of drugs, heavy drinking and pain-enducing games. This deadly combination leads up to sex, after which Nasir passes out. When he awakens, he finds Andrea stabbed to death in her bed. In a quick panic, Nasir reacts without thinking. Because the viewing experience that follows is so rich and intense, I'll spare you the details that lead up to Nasir eventually being arrested for the murder.

Following Nasir taking flight, we start to meet the rest of the series' ensemble. Defense lawyer John Stone (John Turturro) can't help but notice the fish-out-water Nasir sitting in a jail cell and looking completely shocked and out of place. After years of defending typically guilty criminals for a measley $250 a piece, he's very similar to Jimmy McGill from 'Better Call Saul' – only with a true-north moral compass. Not knowing what Nasir is being charged with, John sneaks his way into the situation and takes the case. On the opposite side, he'll be going up against an honest and highly reputable hard-working detective (Bill Camp, 'Love & Mercy'). If there's a single trope in this whole series, it's the detective's character story which involves him being on the brink of retirement. This major murder case will be his last. His counterpart on the prosecution side is a tough-as-nails District Attorney (Jeannie Berlin, 'Inherent Vice').

Running approximately two hours and 30 minutes, the first two episodes are pure set-up. They deeply establish the characters and intimately portray the effects that this murder has on many parties. The perspectives of Nasir, Stone, the detective and the D.A. are expected; however, we are taken deeper beneath the surface. We see how Nasir's parents (Peyman Moaadi from 'A Separation' and Poorna Jagannathan from 'House of Cards') are affected. We see their trials and heartaches; we even see how the local Pakistani community is impacted by the trail.

As opposed to just telling the story of the trail, through episodes three and eight, approximately half of the time is dedicated to showing Nasir attempt to adapt and survive prison life. Prison is already a dangerous place, but being accused of rape and murder, it's especially risky for him. Able to see the same innocence in Nasir that Stone noticed in him during the first episode, a powerful inmate (Michael K. Williams of 'The Wire') takes to him and offers protection. After seeing frightening instances of his new protector's power, Nasir (and we, the audience) can't help but wonder what his motives are. Is he really watching out for Rikers Island's latest inmate or does he have evil intentions? With this plotline comes fantastic and subtle social commentary that's not crammed down our throats.

By the time we get through all nine hours of 'The Night Of' (the first and last episodes run 90 minutes each), we're completely satisfied. The quality never dips. The direction is superb. The actors are top notch. The cinematography can make the most mundane actions and scenarios fill with rich tension. 'The Night Of' isn't lacking in the slightest. If you're looking for a strong new series to follow, look no further.

HBO has placed 'The Night Of' on three region-free BD-50 discs that are housed in an eco-Elite blue keepcase with a hinged arm in the middle that holds two of the discs. The keepcase slides horizontally into an extra thick doubled-over carboard slipcover that resembles the covers of the 'True Detective' Blu-rays. A redemption code is included that will give you access to both Ultraviolet and iTunes digital copies of all episodes. On all three discs, the only thing to play before the static and music-set main menu is an unskippable FBI warning. 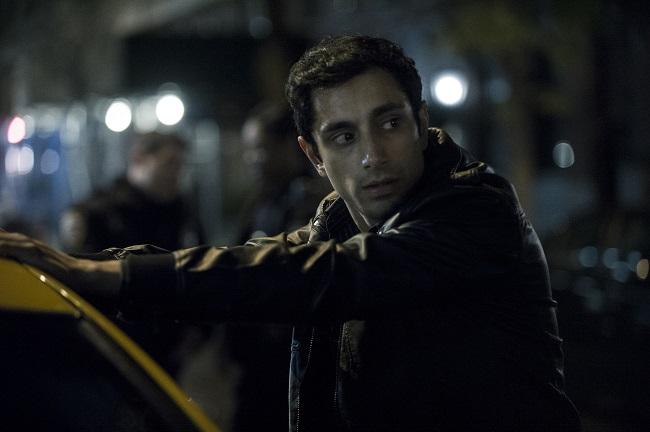 'The Night Of' hits Blu-ray with a strong 1080p/AVC MPEG-4 encode and a 1.78:1 aspect ratio. The strength of the presentation lends itself well to the visual style of the series. 'The Night Of' never carries the feel of a small-screen series. With a story that spans well outside the confined norm, its cinematic scope is fitting for the grand tale.

Each episode kicks off with a gorgeous black & white title sequence that gives an early introduction to what's to come. Accompanied with a nice grainy look, the exaggerated grayscale gives a metallic vibe and makes for deep and ominous black spaces. While the B&W footage is limited to the opening credits, the grave blackness continues throughout the full series. Dark areas are always heavy and rich, adding to the looming and unsettling feeling of the show.

Aside from shots shown from the perspective of closed-circuit cameras, a non-stop sharpness flows from beginning to end. Because every frame is crystal clear, textures easily appear at all times. Fabric patterns, facial features, skin pores, scars, etc – there's an abundance of fine details to focus on.

Artifacts, noise and aliasing are 100% absent. The only flaw that I could find is banding. The opening of episode two and the ultraviolet lighting in the bookends of episode five feature mild fleeting banding. Aside from that, 'The Night Of' flows with a tip-top near-perfect video presentation. 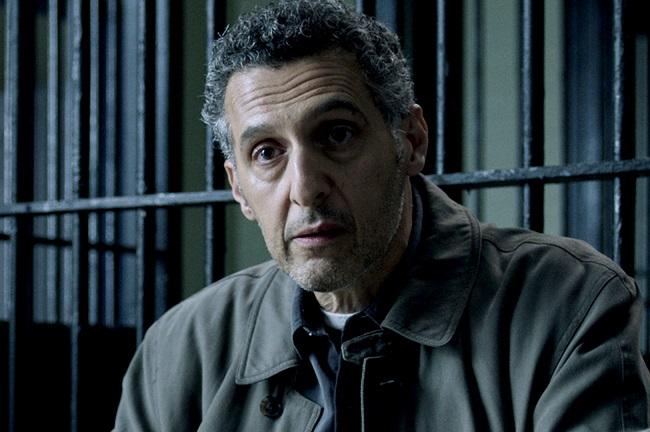 'The Night Of' comes with a nice 5.1 DTS-HD Master Audio track. Each aspect of the mix is just as though-out and well-crafted as the series' visual style.

Thanks to the menu's audio and the opening credits, the original theme music immediately boast its gresatness. It starts light and simple from the front channels, but as the music builds, it expands into the surround channels. The rising nature of the score isn't uncommon. It frequently plays with the space.

Ranging from quiet and soft-spoken to loud and intense, the vocal track is dynamic and always understandable. The decision to play a scene softly doesn't mean that the dialog is going to be hard to hear. Nothing is lost. You'll hear what was intended to be heard. Enclosed prison settings bring chatter that pops around the concrete-lined rooms.

The effects mix carries an extra dose of attention that amplifies the intense moments. City streets are bustling with road sounds, chit-chat and barking dogs that emit from all around the theater. Environments come to life. When thumping rap music is played far away down an alley, as we get closer to the source, we hear wonderful effects that make the music echo back and forth through the brick walkway. If you're not paying attention, the strengths of the mix might fly by unnoticed, but if you consciously lend your ear for a moment, you'll quickly appreciate what's achieved. 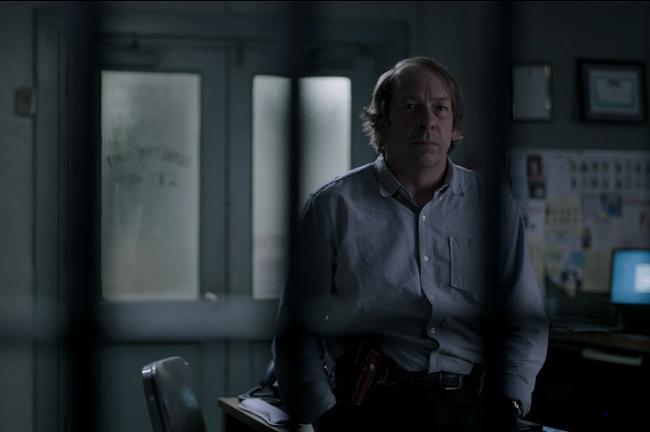 Not a single special feautre is included with 'The Night Of.' No deleted scenes. No cast interviews. No commentary tracks. It's completed void of any bonus content. Knowing the history of this series, that comes as a major disappointment. James Gandolfini was originally to play the John Stone character. In fact, the pilot episode was shot with Gandolfini before he passed away. It wasn't until his untimely death that Turturro was cast. Knowing that the original pilot with Gandolfini exists makes this complete lack of special features a big disappointment. 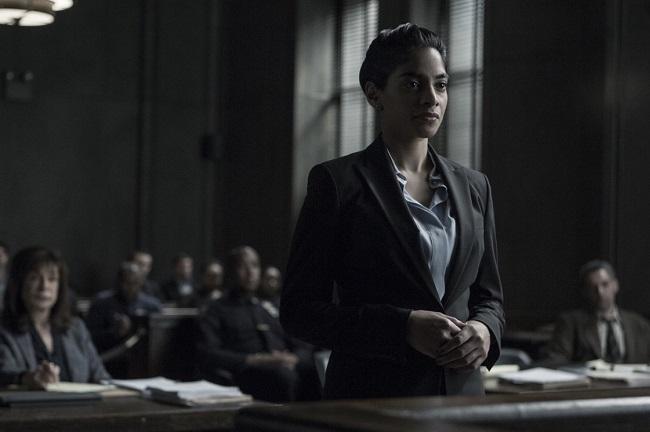 HBO is one of the only channels that's consistently pumping out fantastic, high-quality diverse content. With 'The Night Of,' they tackled one of the most overplayed and worn out genres of television (murder mystery procedurals) and made us realize how great it has the potential to be. With the utmost quality, it's refreshing. It generates an invigorating excitement for television. The story isn't locked in with generic characters, foreseeable twists and cliches. Instead, it's deep, interesting, and – with a healthy dose of social commentary – it's thought-provoking. The Blu-ray comes with near-perfect video and audio qualities. The only area in which it's lacking is in special features. The absolute void of any bonus content is the only thing that keeps this highly recommended release as being a must-own.

Sale Price 27.7
Buy Now
3rd Party 21.29
In Stock.
See what people are saying about this story or others
See Comments in Forum
Previous Next
Pre-Orders
Tomorrow's latest releases