In this gripping and emotional sci-fi romance from acclaimed director Drake Doremus (Like Crazy), Kristen Stewart and Nicholas Hoult play Nia and Silas, two people who work together in a futuristic society known as “The Collective.” A seemingly utopian world, “The Collective” has ended crime and violence by genetically eliminating all human emotions.  Despite this, Nia and Silas can’t help noticing a growing attraction between them, leading them to a forbidden relationship — at first tentative, but then exploding into a passionate romance.  As suspicion begins to mount among their superiors, the couple will be forced to choose between going back to the safety of the lives they have always known, or risking it all to try and pull off a daring escape.

A good concept or an interesting hook isn't enough to bring a movie home. The theme, characters, performances, shooting and editing style, plot mechanics; all are essential elements of making a great movie. When a movie hinges all of its efforts on one just one aspect and attempts to wrap a film around it without any of the other elements in play, you end up getting something shallow and devoid of purpose. You get a movie like 'Equals,' something that tries to be big and meaningful with its musings about love and society with dystopian trappings but unfortunately it has nothing unique or new to offer. While performances are strong, they're not enough to make a very familiar sci-fi yarn feel new or all that important.

In the future, humans no longer have emotions. Well, not exactly. They have them, they just don't want them. Humanity has built a perfect society allowing for rampant human achievement and expansion because their emotions have been suppressed. The reason humanity has had to take these steps to suppress all emotion was essentially a matter of life or outright extinction. As the medications used to inoculate humans of their emotions progressed, it gave rise to a new disease, S.O.D., Switched On Syndrome. When you receive the diagnosis of S.O.D., it's a virtual death sentence. Since humanity as a whole can't risk members with emotions, people with S.O.D. are given a little extra time to try and suppress the side effects, but then they're ultimately erased from the human equation. For Silas (Nicholas Hoult), learning he had S.O.D. and was going to die was an unexpected emotional blow. When Silas learns that his co-worker Nia (Kristen Stewart) also has S.O.D. and has been successfully hiding her emotions, what was originally a death sentence turns out to be a new means of life. As the pair fall in love with each other, they must risk everything to escape this perfect society when a "cure" for all emotions is discovered.

If you're starting to feel like you've seen this one before, you're not too far off the mark. '1984,' 'Equilibrium,' 'Logan's Run,' pick any of two of these films and you're essentially watching 'Equals.' Working from a script by Nathan Parker, co-writer and director Drake Doremus tries what he can to make the film hit an emotional core, but at the same time, it can't rise above anchor weight of familiarity. The package may be pretty, but there just isn't anything amazing to make it unique enough to feel worth while. Where I will give props to the film is to the creative team behind this film and their impressive world-building efforts. This is a fascinating possible world for future humans that also doesn't feel the need to explain itself entirely. So often in science fiction films - especially the dystopian flicks of recent days - there seems to be the need to over-explain human history up to that point. Where 'Equals' does things right is by stating the world as a current fact. It mentions some past events, but it does it organically as if it was a piece of everyday societal conversation. it doesn't pause the movie to get the audience caught up, so on that level, it thankfully trusts the intelligence of the audience. 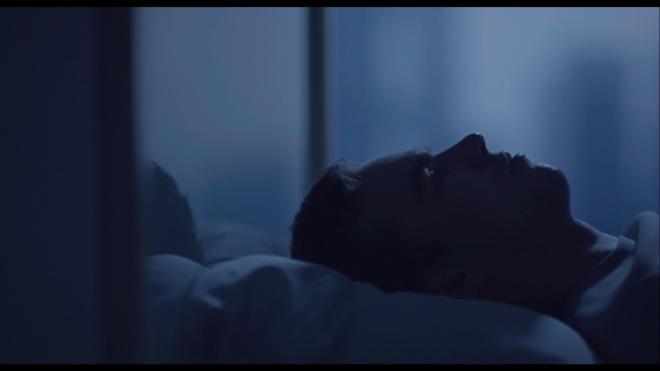 I've really been digging the acting output Nicholas Hoult has brought to screens recently and Kristen Stewart is incredibly close to shaking off all the 'Twilight' dust from her career, unfortunately 'Equals' doesn't exactly move things forward for them. They're delivering amazing emotionally charged performances, there just isn't anything to their respective characters to make them people we want to care about other than the fact that they're being played by popular young actors like Kirsten Stewart and Nicholas Hoult. As great as they are in this film, these characters could have been played by any young star and starlet of the day and the final film wouldn't be any richer or poorer for it.

At the end of the day, I really wanted to like 'Equals.' Creative and interesting dystopian science fiction is a genre that I particularly love - at least when it's not being directed towards the Y.A. market. 'Equals' has a creative hook, but the plot and story and characters take a very predictable arc. The story is predicable mostly because it's one we've seen several times already. Replace knowledge and books for emotions and you have '1984.' Add some action, guns, and kung-fu and you have 'Equilibrium.' That isn't exactly to say that 'Equals' is an unwatchable movie. It is most certainly watchable, at least once, but if you're anything of a student of science fiction then you may become a bit annoyed by the constant sense of familiarity. But, don't let me stop you from looking at it. See it for yourself and decide if it's your brand of dystopia.

'Equals' arrives on Blu-ray courtesy of Lionsgate. Pressed onto a Region A BD50 disc, the disc is housed in an eco-friendly Blu-ray case with identical slipcover. The disc opens with trailers for other Lionsgate releases before arriving at a static image main menu with traditional navigation options. Also included as an Ultraviolet Digital HD voucher.

'Equals' arrives with what could be described as a "purposefully unimpressive" 1080p 1.85:1 transfer. This transfer boils down to a war of intention versus modern expectations for what a quality digital transfer should look like on Blu-ray. Even with that creative caveat in place, 'Equals' makes for a rather unappealing presentation at times. The problem is that it's been processed to hell and back. Color grading to make the film appear bright blue pulls all details from the image making characters and scenery feel very flat and lifeless. Fine facial features suffer in these moments as does the establishing scenery. On top of that, black levels are punched in the gut by some blown out contrasts with glaring whites and edge halos covering the screen. Not helping matters any are the scenes that take place at night. With these downgraded colors, crushing blacks become oppressive. Even with the cast wearing all white they become nearly impossible to see in some scenes. Then when the movie moves away from the dystopian society at any point we're bathed in color, detail and solid black levels. So you see, this is a case where creative intention can affect the presentation of a film. It's not altogether a terrible transfer, it just has an inconsistent look.

Silence is a big part of what makes the English DTS-HD MA 5.1 audio mix to life for 'Equals.' When people aren't saying anything or doing anything too interesting on screen, there isn't even any music to fill things out. The audio is just natural silence as if you were in a very large quiet library. You can hear little things like people walking, turning a page, sketching, pulling out a chair - all of it has a wonderfully natural and life-like auditory quality to it. As a dialogue centered film, spoken words keep to the front/center channels without any interference. It's an interesting mix because due to the previously mentioned silence, actors are able to speak in low hushed voices and you can hear them clearly without feeling the need to adjust the volume.

Audio Commentary: Director Drake Doremus, Cinematographer John Guleserian, and Editor Jonathan Alberts provide an interesting commentary track for 'Equals.' I enjoyed their discussions towards approach and how they managed to create a future possible look and feel for the film.

Switched On: (HD 8:15) This is your routine EPK bonus feature with the standard cast and crew interviews. Some relevant information so it's worth a watch.

The Collective: (HD 13:35) Kristen Stewart and Nicholas Hoult offer up some good interview material here as they discuss their characters and what attracted them to the film.

Utopia: (HD 30:11) This is pretty cool as far as making of features go. It gives the history of humanity that the film only eludes to. It's cool seeing that the filmmakers had a lot of this history already in mind and didn't feel the need to stop the movie and show it all. The material works best as a bonus feature.

I wanted 'Equals' to be more. It's such an interesting concept and approach towards dystopian science fiction that I'm a bit bummed that it doesn't do much more than borrow bits and pieces from other science-fiction movies. 'Equals' is still a watchable movie, it's lead stars go a long way towards making it appealing, but even they can't make it feel fresh and new. Lionsgate brings the film to Blu-ray with a slightly problematic video presentation depending on how you want to look at it. The audio is stellar and there are some interesting and worthwhile bonus features here. If you're curious, 'Equals' is worth a look.

Sale Price 19.99
List Price 24.99
Buy Now
3rd Party 13.01
In Stock.
See what people are saying about this story or others
See Comments in Forum
Previous Next
Pre-Orders
Tomorrow's latest releases