Bring Me the Head of Alfredo Garcia - Encore Edition

An American bartender and his prostitute girlfriend go on a road trip through the Mexican underworld to collect a $1 million bounty on the head of a dead gigolo. 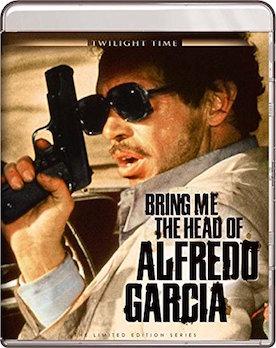 Sam Peckinpah is one of my favorite directors. Everything from 'Straw Dogs' to 'The Wild Bunch' is visually stunning and a work of true art. Peckinpah is known for his unrelenting violent movies, and with a title like 'Bring Me The Head of Alfredo Garcia', you can assume the violence runs rampant in this movie, which it does. However, you might also think this Peckinpah flick is a bit of a comedy in how it's shot and because of its dialogue. I don't think Peckinpah intended for people to laugh during this movie, but I couldn't help myself. It's hard not to when the main character talks to a decapitated head while driving. You might have seen something similar in Robert Rodriguez and Quentin Tarantino's film 'Sin City'.

Peckinpah started writing the film during the filming of 'Straw Dogs'. Most of his films had some sort of controversy, and this one was no different. This time, Peckinpah decided to shoot in Mexico, which angered Hollywood who threatened not to release it because he wouldn't film there. The director went on to say that he loved making films in Mexico, because he had the creative freedom to do whatever he wanted without the Hollywood executives breathing down his neck every five minutes. So you could say that 'Bring Me The Head of Alfredo Garcia' is one of Peckinpah's most untouched work. And it is simply brilliant, although many people haven't heard of it even though they might have seen many references to it through modern TV shows and movies.

The film starts out with a young pregnant girl who is called in to talk with her father, who is a ruthless mob boss who goes by El Jefe (Emilio Fernandez). He is not happy that his daughter is pregnant and actually tortures her until she reveals the man who is responsible for this. She tells him that Alfredo Garcia is the father who was Jefe's right-hand man. The mob boss is now angry and declares that whoever brings the head of Alfredo Garcia to him will receive one million dollars. And the title and story are now set in motion. El Jefe sends out two hit-men by the names of Sappensly (Robert Webber) and Quill (Gig Young), to track down Garcia. They arrive at a bar/saloon where they meet Bennie (Warren Oates), who manages and also plays the piano at the bar.

We can quickly tell that Bennie has an interesting past and definitely knows who Garcia is, but will not divulge what he knows. The two men tell everyone about Garcia and about the reward, which sparks an idea in Bennie's head. That idea is that he wants some of the money for himself so he goes to his on-and-off again girlfriend Elita who works as a prostitute at the saloon to ask about Garcia. See, everyone knows Garcia, but nobody knows exactly where he is but Elita, who had a secret affair with him earlier. Garcia is dead and buried due to a recent car accident.

Bennie contacts the two hit-men and makes a small deal with them for the corpse. Now Elita and Bennie are out to dig up the fresh body of Garcia and are accosted by two bikers (one of them is Kris Kristofferson), who rape and beat the two. But in a moment of determination not to die, Bennie brutally kills the two bikers and has an epiphany. He wants to chop off the head of Garcia and get the full amount of money for himself so he and Elita can leave town and live a good life. What plays out from here is Bennie trying to keep a decapitated head in his possession until he gets his money. The bloody head is constantly being stolen by others, only to have Bennie re-take it.

As you can imagine with any Peckinpah film, the climax is very bloody and violent. But with this film, he made the violence almost humorous in the way he filmed it. A lot of people over the years have thought this movie was a complete failure, while others think this is at the top of his resume. I'm with the latter group, as I love dark comedies. 'Bring Me The Head of Alfredo Garcia' is a top notch film with a great story, epic violence, and quite a bit of black comedy. If you haven't seen this Peckinpah film yet, I highly suggest you do. 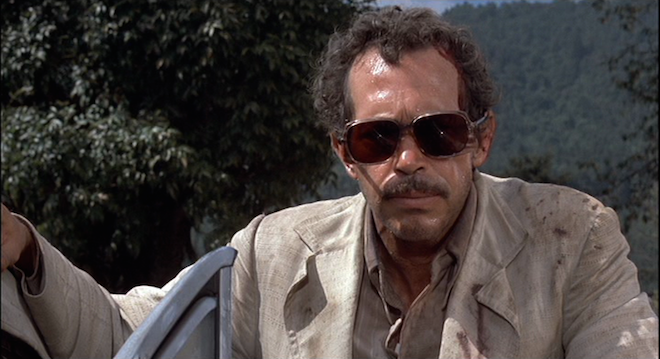 'Bring Me The Head of Alfredo Garcia' comes with a 1080p HD transfer  presented in 1.85:1 aspect ratio. It doesn't seem like they cleaned up this transfer a whole lot. There are quite a few instances of debris, hairs, and specks throughout the film. The contrast also seems to fluctuate from scene to  scene. That being said, the colors look great here and there is a nice layer of grain that keeps the film in it's original organic and filmic quality with no digital makeup at all to make it too glossy.

The detail is much improved on since I last saw this film as we can make out wrinkles, individual hairs and scars on the actor's faces during closeups. The skin tones all seems natural and the black levels were deep and inky mostly, with some instances of being a little too bright. For what it is, this transfer is probably the best it has ever looked, given this movie is around forty-years old, but I would hope that at some point this film will receive the proper prsentation, as there are some issues with banding and aliasing. 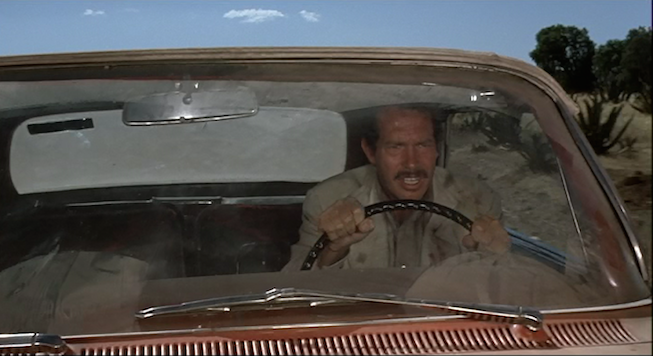 This release comes with a lossless DTS-HD 1.0 mono audio mix. Not sure why they wanted to go mono on this, since it has a bunch of gunshots and action scenes, but they did. For it being a mono track, there is quite a bit of depth. The dialogue is always clear and easy to understand. There is not really an immersive sound here, but the heavier action scenes of the bikes and gunshots do  sound full and loud, however they don't have that all encompassing sound like we truly want.

Other sound effects are clear and robust, but the only sound you'll get is from your one center speaker, which doesn't exactly transfer well from an action movie. The score sounds great here too, but there could have been more of a push to hear it in places. There were no other issues of concern with this audio presentation. 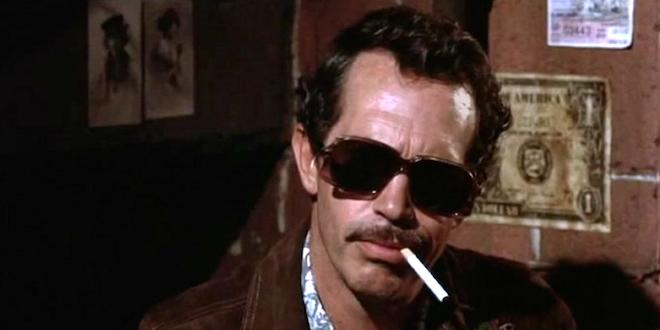 Audio Commentary with Katy Haber, Paul Seydor, and Nick Redman - This is a new commentary recorded in 2016 for this release and has Sam Peckinpah's assistant discussing their time filming the movie amongst other topics. It's actually an excellent listen as Katy discusses the near death experience on set, Peckinpah's style, filming on location, some personal topics and much more.

Audio Commentary with Gordon Dawson and Nick Redman - A commentary track with writer/producer Gordon Dawson and film historian Nick Redman. Dawson has some great stories about making movies with Peckinpah, all of which are amazing to hear. They talk about the origins of the story, the filming, the casting, and Peckinpah's life. This is a great listen, despite Dawson sounding unhealthy.

Audio Commentary with Paul Seydor, Garner Simmons, David Weddle and Nick Redman - This commentary track has four film historians talking about Peckinpah's life and career. This is very informative and is a must listen if you want to know about the director.

Passion and Poetry: Sam's Favorite Film (SD, 56 mins.) A great documentary about the making of the movie with tons of amazing interviews from cast, crew, and others. This is a must-watch.

A Writer's Journey: Garner Simmons with Sam Peckinpah in Mexico (SD, 26 mins.) - Garner Simmons wrote a biography on Peckinpah and went on set of 'Bring Me The Head of Alfredo Garcia'. Here Simmons discusses that time in his life.

Promoting Alfredo Garcia (SD, 6 mins.) - An image gallery of promo materials and posters for the film.

Trailers (HD/SD, 8 mins.) - Some trailers for the film. A couple of them are original trailers and one is a remastered trailer.

Isolated Score Track - You have the option to listen to the score only while watching the movie in 2.0.

Twilight Time Booklet - Here is a fully illustrated booklet with an essay by Julie Kirgo about the film.

Sam Peckinpah is one of my favorite directors, and 'Bring Me The Head of Alfredo Garcia' is one of my favorites among his films. The dark humor mixed with the violence is amazing here with some unforgettable characters. The video and audio are good for what they are, but not great, but the extras are a lot of fun. In other words, this is the same exact release as the 2014 version, but with the added commentary track. I highly recommend this Peckinpah film. You'll be happy you have it in your collection.