Newly Re-mastered in HD! Noel Holcroft (Michael Caine, The Destructors, Billion Dollar Brain) is a New York architect who receives an unexpected inheritance from his ex-Nazi father: $40 billion in funds stolen from the Third Reich, now intended to aid Holocaust survivors. But as Holcroft delves into the treasure's mysterious history, he is thrust into a pulse pounding adventure in which he alone stands in the way of a plan that is moving inexorably toward its terrifying conclusion: the rise of an all powerful Fourth Reich! The great John Frankenheimer (Seconds, The Train, 52-Pick Up) directed this top-notch espionage thriller based on a book by Robert Ludlum (The Bourne Identity) with a screenplay by George Axelrod (The Manchurian Candidate), Edward Anhalt (The Satan Bug) and John Hopkins (Thunderball, The Offence). The stellar cast includes Victoria Tennant (Flowers in the Attic), Lilli Palmer (Mädchen in Uniform), Michael Lonsdale (The Passage, Moonraker) and Anthony Andrews (Under the Volcano).

Adaptation is a tough game to play when taking a work of literature and transposing it to film. It's a monumental task that I don't wish upon anyone, as that poor writer is put in the position of deciding what aspects of the book stay and which ones go, and then what details need to be made up in order to make the experience more cinematic. Robert Ludlum books are particularly difficult, because your average Ludlum spy novel is several hundred pages of intrigue with numerous characters who come and go at random, and they can make little sense right up until the end when everything stitches together. You have to have the patience of Job in order to properly read and appreciate one his novels, let alone make one into a movie - 'The Holcroft Covenant' is no exception. Even with John Frankenheimer directing and Michael Caine in the lead, the final film feels like a rushed CliffsNotes adaptation of an intricate thriller.

Life for Noel Holcroft (Michael Caine) has been a story of success as a famous architect. What most people don't know is that Noel is the son of a premier Nazi General who served directly under Hitler as his financial Advisor. What Noel didn't know was that under the strain of guilt and a shift in ideology, his father began syphoning Nazi funds into a secret Swiss bank account with the help of two other generals. In 1945, the three men made a pact that their sons would be the ones to take control of the $4.5 billion sum and use the money to do good and make reparations to those harmed during the war. Once the pact was made, the three men killed themselves, leaving the burden of administering this money.

Now that Noel knows that he is to be the administrator of this secret stash of billions of dollars, he is put into the position of having to locate the son's of his father's conspirators. What he quickly learns is that there are a number of people who don't want Noel to find these men and activate the account. Some don't want the funds to be used at all and want it for themselves, while others are hell bent on ensuring that the money stays locked away for fear of it creating the Fourth Reich. As Noel is pushed deeper and deeper into the conspiracy, his life is under increasing threat as his allies are few and his enemies too numerous to count. 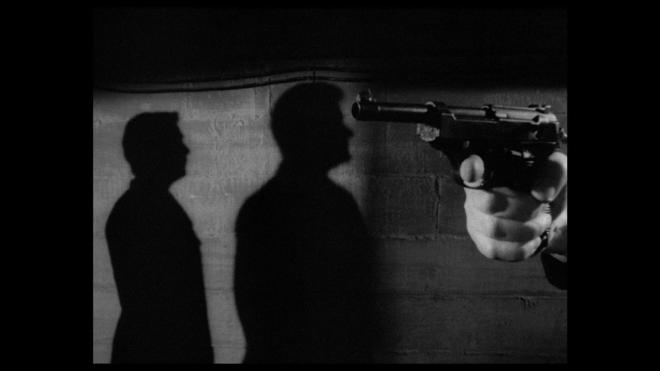 'The Holcroft Covenant' tries very, very hard to establish danger and build tension, but because so much needs to happen in such a short amount of time, much of the suspense fails to resonate. The source material is to blame for this film feeling too unwieldy. The Ludlum novel is over 500 pages of small typeface, and has a tendency to beat around the bush when it comes to giving up the details. The novel is purposely vague in places in order to build the idea that the people Noel Holcroft comes to trust shouldn't be trusted. The filmed versions of these scenes feel rushed, as if ten pages worth of material were being stuffed into a 30-second conversation. As the film progresses it's easy to start feeling like you're missing something. I had read the book years ago and I still had trouble understanding where the film was trying to go.

Michael Caine is fantastic as the fish-out-of-water Noel Holcroft. He's a stately presence, whose calm and cool stature quickly unravel as the pressure of the situation he's in builds and builds. Victoria Tennant is fine as Helden von Tiebolt, but because of the film's rushed pace she never really comes across as a genuine ally, but someone just going through the motions. Michael Lonsdale as Ernst Manfredi is great, if only because the actor has a wonderfully understated menace to him. In fact, all of the cast is great in their respective roles. John Frankenheimer working from a script by George Axelrod, Edward Anhalt, and John Hopkins does what he can to keep the film moving and the tension building, but the short runtime takes a lot of the wind out of the film's sails. At a scant 112 minutes, the film is easily forty-five minutes too short. This is a movie that needed some more space to breathe, to let the chase sequences build naturally so that the pay off of the action beats delivered the goods. At the end of the day, 'The Holcroft Covenant' is a decent film, it's watchable, but it absolutely could have been better.

'The Holcroft Covenant' arrives on Blu-ray thanks to Kino Lorber as part of their Studio Classic's line. Pressed onto a Region A BD25 disc, the disc is housed in a standard Blu-ray case and opens directly to a static image main menu featuring standard navigation options.

Boasting a new HD remaster, 'The Holcroft Covenant' features a bright and detailed 1.85:1 1080p image transfer. Details are clear and easy to appreciate. Fine facial features, clothing, and the film's many international locations look fantastic. Colors are bright and bold allowing for plenty of primary pop. Reds may be pushed a bit making some of the cast appear a tad too pink, but otherwise they're stable enough. Black levels are deep and inky allowing for an image that maintains a nice sense of three-dimensional depth throughout. The print of this film is also in great shape with only some slight speckling here and there. Fans should be very happy with this release.

This Blu-ray release of 'The Holcroft Covenant' features a strong English DTS_HD MA 2.0 audio track. Dialogue is crisp and clear throughout. Considering the numerous locations with large crowds, there is a fine sense of imaging and spacial atmosphere allowing the track to feel wide and immersive. Sound effects tend to have that stiff canned vibrancy to them, especially gun shots or car engines that are just too powerful to be realistic, but maintain that lovely 80s vibe. One oddity that I don't think is the fault of the track but the original audio mix itself is the score by Stanislas Syrewicz, it can just sound lifeless and tinny at times that makes one wonder how it was recorded in the first place. Like I said, I don't think it's a fault of this audio track but the mix itself as the surrounding dialogue and sound effects sound just fine. All around this is a pretty great audio track.

Audio Commentary: Director John Frankenheimer goes solo for this one, but if you've heard any other Frankenheimer commentary you know what to expect. At times, he can dip into just stating what's on screen, but when he's offering up info about the production or what it took to compose a certain shot, he's a fountain of interesting information.

'The Holcroft Covenant' may not be a great film or a perfect adaptation of its source material, but because of the performances and the lively direction under John Frankenheimer the film remains entertaining. Kino Lorber brings the film to Blu-ray in fine order featuring a fantastic A/V presentation with a great commentary track from the late John Frankenheimer. Worth a look.