Written by Academy Award nominee Nia Vardalos, who stars alongside the entire returning cast of favorites, the film reveals a Portokalos family secret that will bring the beloved characters back together for an even bigger and Greeker wedding.

After several failed attempts to ride on the coattails of her massive sleeper hit from fourteen years ago, Nia Vardalos returns to the whacky shenanigans of her Greek family in the hopes of creating another unexpected success. Unfortunately, 'My Big Fat Greek Wedding 2,' serves as proof that very rarely does one strike gold in the same spot twice. It's more like Ms. Vardalos digs herself in a hole and just keeps on digging, flinging clumps of dirt everywhere, hoping one might contain the same comedic nugget that won audiences over in 2002. Sadly, the production, which sees British-born filmmaker Kirk Jones ('Waking Ned Devine') in the director's chair, never hits the jackpot, jumping from one episodic comedy skit to another with little amusement and failing to really establish a satisfying goal. It does, however, walk away with just enough specks of gold — some genuinely heartwarming moments mixed with a couple situational hijinks that generate giggles — to feel mildly satisfying, but in the end, the family regrettably overstays its welcome.

The script, once again, comes from the imagination of Ms. Vardalos. Only, unlike the first movie, there isn't any indication the plot is inspired by real-life family events, which might be the sequel's first of many mistakes. Much of the story feels likes a vague retread of its predecessor, with the added challenge of parenting an always-in-crisis teenager for Vardalos's Toula. The largely ambiguous romantic comedy even opens in similar fashion with frumpy Toula in glasses riding with her father, Gus (Michael Constantine), when he coldly roars that she should get married because she's looking old. Except, this time, the comment is directed at Toula's seventeen-year-old daughter, Paris (Elena Kampouris), who takes up after her mother's frumpiness and is even more embarrassed of her family's overbearing antics. The scene is obviously meant to be both funny and a wink-wink allusion to the original, but it just comes off grossly inappropriate. Of course, that might have been the filmmakers' intentions, but it only succeeds in setting up a strange tone that suggests more cringeworthy awkwardness for the remaining 90-minute runtime. 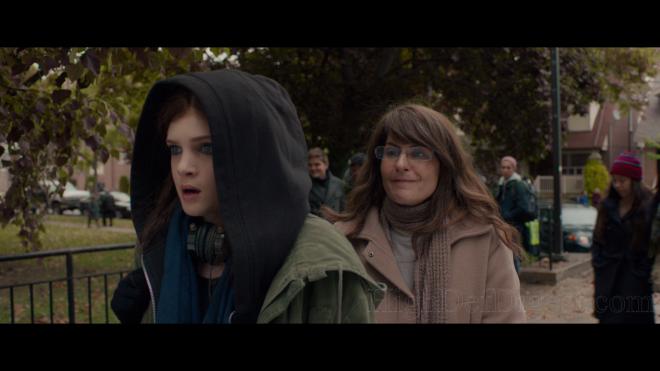 And woefully, for the rest of the film that sadly never comes close to the comical charm of the original, this is precisely what audiences are given. Fans who have been patiently waiting for over a decade to catch up with the delightfully unorthodox Portokalos family sit through many of the same gags as before. Aside from trying to prove everything was invented by the Greeks, Gus is confident of Windex's medicinal uses and is convinced he's a direct descendant of Alexander the Great. Meanwhile, Toula is at the dawn of an early midlife crisis, fearing the romance with her husband Ian (John Corbett) is now fading and deathly terrified their daughter will soon go away for college. As for Paris, she confronts the same challenges her mother did in the first film — embarrassed of her family and coming around to appreciate them when gossiping neighbors talk too loudly, all the while clumsily falling for a boy from afar. Amid this chaos, Vardalos justifies the film's title by shoehorning in a subplot about Toula's parents not officially marrying and her mother Maria (Lainie Kazan) reconsidering her life choices as a newly single woman.

However, in spite of all its drawbacks and overall failure to generate the same sort of laughs as its predecessor, 'My Big Fat Greek Wedding 2' isn't without a few quirky moments that manage a smile and perhaps a giggle or two. Many of these mostly come from some unexpected interactions by the overly protective and very supportive men (Joey Fatone, Louis Mandylor and Ian Gomez — Vardalos' real-life husband), and the montage with Greek version of Billy Idol's "White Wedding" is one of the film's funnier segments. There's even an attempt at some genuinely heartwarming surprises, such as one family member building the courage to come out to his parents and cousins. But much of this is undermined by a story juggling several other plot details and never committing to one. Aunt Voula (Andrea Martin) and cousin Nikki (Gia Carides) aren't given enough to even muster interest while John Stamos and Rita Wilson make sudden appearances for ultimately no reason at all. With so many plot elements squeezed into a short timespan, it practically feels like the Portokalos family jam-packed into a house poking their noses in other people's business. It's amusing at first, but the hospitality soon wears out its welcome.

Universal Studios Home Entertainment brings 'My Big Fat Greek Wedding 2' to Blu-ray as a two-disc combo pack with an UltraViolet Digital Copy. The Region Free, BD50 disc sits comfortably opposite a DVD-9, and both come inside a blue, eco-elite case with a glossy, lightly-embossed slipcover. After a few skippable trailers, viewers are taken to a menu screen with the usual options, full-motion clips and music.

The comedy sequel debuts on Blu-ray with a dazzlingly colorful 1080p/AVC MPEG-4 encode that shines with vivacity and warmth from start to finish. Shot entirely on digital HD cameras, sumptuous primaries energize the screen, keeping things upbeat and full of life, while secondary hues provide a richness and zest that's perfect for this heartwarming romp. Facial complexions appear healthy with observable pores, wrinkles and minor blemishes in the entire cast. Fine lines and objects are razor-sharp throughout, showing excellent detailing in the clothing and hair. Blades of grass and individual leaves on trees are distinct, the tiniest items decorating the homes are plainly visible, and the lettering along police cars and shop windows are clean and legible. The high-def transfer also arrives with excellent, comfortably bright contrast levels, maintaining a vibrant and dynamic presentation with crisp, punchy whites in every scene. Blacks are equally impressive with superb differences in the various shades and strong shadow delineation, providing the 2.35:1 image with depth and a welcomed cinematic quality.

In the audio department, the movie isn't exactly a showstopper, but the DTS-HD Master Audio soundtrack is clean, engaging and oozes with charm. Imaging feels broad and spacious with clear, convincing off-screen effects, creating a terrifically welcoming and consistently upbeat soundstage. Channel separation is superbly well-balanced, showing lots of fluid panning and movement across the entire screen. Dialogue reproduction is outstanding with excellent intonation in the actors' accents and in every funny character interaction. Dynamic range is extensive with distinct clarity and differentiation in the mid-range, keeping the presentation lively and pleasing. Bass is surprisingly weighty and palpable with several satisfying, highly responsive moments that nicely dig deep in certain scenes with music, particularly the "White Wedding" montage. Despite being a front-heavy presentation, the rears are occasionally employed to enhance the soundfield with discrete activity and ambience, making the lossless mix a satisfying joy.

Ultimately failing to recapture the charm and laughter of its predecessor, 'My Big Fat Greek Wedding 2' is an overcrowded comedy that tries to do way more that its allotted time allows. Although a couple moments are amusing and mildly funny, the film is not the sequel fans of the original were hoping for and may end up soon forgotten. On the plus side, the Blu-ray arrives with an excellent audio and video presentation that's quite pleasing and satisfying, but it's very light on supplements, making the overall package one only for loyal fans while the curious will want to rent first.

Sale Price 9.8
Buy Now
3rd Party 4.79
In Stock.
See what people are saying about this story or others
See Comments in Forum
Previous Next
Pre-Orders
Tomorrow's latest releases