Dark comedies can be a bit of a tough sell. For starters, the intent is to make an audience laugh at people behaving pretty terribly towards one another. On top of that, those people are often the only characters we're meant to empathize with. If the main character is too horrible the things they do stop being funny. If they're not horrible enough, the essence of a dark comedy becomes lost and the time spent watching the film becomes pointless. It's a tricky sub-genre, to say the least, and one where there are very few successful attempts. 'Kill Your Friends' tries to be a dark comedy in the vein of 'American Psycho' set in the competitive world of a London record company, but the humor misses the mark more than it hits.

Producing record albums isn't about making art or helping the musicians express themselves through music. It's about finding the next big hit act, squeeze the cash out of them, and then toss them to the four winds. Rinse, wash, repeat. That's the life Steven Stelfox (Nicholas Hoult) lives by, day in and day out. As it is for everyone that works with Steven at the label founded by Derek Sommers (Jim Piddock). As long as they sign the next big act, Derek doesn't care. Steven has big aspirations and knows the business is cutthroat. Although, he may take the idea of "cutthroat" to an extreme.

Seeing his way towards an executive position at the label. Steven isn't exactly above bumping off his partner Roger (James Corden) because he's next in line for a promotion. He's also not above using the runner Rebecca (Georgia King) to help him blackmail a pesky police investigator (Edward Hogg), and orchestrate the downfall of his rival producer all so he can sign the next big act. If that includes its share of blow and booze, all the better for Steven! 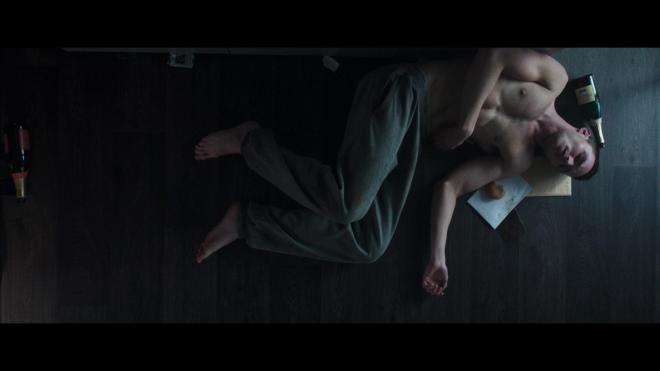 While Steven Stelfox is certainly a terrible person willing to do awful things, he's no Patrick Bateman. The comparison of 'Kill Your Friends' to 'American Psycho' may be unfair, but it's also unavoidable as both films were based off books about men who lived life to such excesses that the only thing that keeps them going is to continually push the limits. When those limits move beyond the moral quandary of committing murder, Patrick Bateman is just the more interesting, charismatic, and hilariously entertaining individual to follow.

This isn't meant as a slight against Nicholas Hoult. Far from it actually, as the actor delivers a wild and entertaining performance. It's just the material he's given to work with as he repeatedly breaks the fourth wall lacks any weight. 'Kill Your Friends' is as much of a commentary about the music industry and it's methods as it is a commentary of excessive lifestyles. The problem is this film doesn't break any new ground in this regard. All you need to do is watch any musician biopic or even the Coen Brothers' fantastic 'Inside Llewyn Davis' for a good and proper commentary about that industry. With 'Kill Your Friends,' the skewering of the Britpop music scene is surface and superficial at best.

Without a sharp commentary to buttress the Stelfox's actions, there just isn't much point to 'Kill Your Friends.' It's entertaining to a point, however, it doesn't take long for a lot of the material in this film to become repetitive and numbing. By the time Stelfox starts enacting his plans of murder and revenge, it's almost too little too late. Parts of the film are fun, James Corden is pretty funny as is expected, Jim Piddock is good for a laugh or two, but that's pretty much it. It's an okay effort but the end results may leave most people out in the cold.

'Kill Your Friends' arrives on Blu-ray thanks to Well Go USA. Pressed onto a Region A BD25 disc, the disc is housed in a standard Blu-ray case. Inside is a flier for other Well Go USA release. The disc opens with trailers for upcoming and previous Well Go USA release before arriving at a static main menu with traditional navigation features.

With a sharp and impressive 2.39:1 1080p transfer, 'Kill Your Friends' earns some high marks. The image holds a sharp yet smooth digital video appearance that works well for this film, but those looking for a more film-like appearance won't find it here. Details are strong including facial features, clothing, and the film's production design work are all on display. Where the image quality really earns some serious points for colors. So much of this film features bright and bold primaries mixed with thick neon dance club colors. It's a pretty wild color pallet to work with and the transfer handles the load perfectly. Black levels are thick and inky without any harsh contrast blooms or crush issues to contend with. There is a sense of depth to the image that also helps keep the visuals interesting and engrossing. Free of any compression artifacts, this transfer is a winner.

Given that this is a film about the music industry, 'Kill Your Freinds' offers up a strong and dedicated English DTS-HD MA 5.1 mix. The mix plays with all of the high and low tones displaying some pretty impressive range. Even through the heavy pulsing dance tones, the dialogue is front and center and never lost. Sound effects and atmospherics round out the edges giving the mix a notable three-dimensional vibe to it. For this type of movie, this audio mix is better than average and should keep people hooked into the action. There is also a Dolby Digital 2.0 stereo mix for this film, but it's relatively lifeless and should be avoided.

Interviews: (HD 25:59) Actors Nicholas Hoult, James Corden, Craig Roberts, Writer John Niven, and Director Owen Harris offer some insightful info about the film, making it, and what it was like working together. Some pretty typical EPK stuff here, but not bad.

Solid performances from a great cast can't quite save this dark comedy from mediocrity. It's a shame too because the material is there, it's just a relatively pointless venture. The satire feels irrelevant to the bad behavior on screen so the laughs become fewer and fewer as things move forward. Well Go USA brings the film to Blu-ray with a stellar A/V presentation. Some decent interview footage round out the extra features. This is not exactly one everybody will enjoy. Since I was only 50/50 with the film itself, I'm calling it as worth a look.

Sale Price 15.91
List Price 29.98
Buy Now
3rd Party 59.99
In Stock.
See what people are saying about this story or others
See Comments in Forum
Previous Next
Pre-Orders
Tomorrow's latest releases