The Private Affairs of Bel Ami

George Sanders (All About Eve) is at his wicked best in The Private Affairs of Bel Ami, based on the novel Bel Ami by Guy de Maupassant and directed by Albert Lewin (The Picture of Dorian Gray).

The opportunistic, womanizing Parisian journalist, Georges Duroy (Sanders), known to the women who love him as Bel Ami, uses his charms to climb the ladder of Paris society while discarding those whose usefulness has run its course. Using those around him to further his aspirations, Georges will find in his friend and former fellow soldier, Charles Forestier (John Carradine, The Grapes of Wrath) a benefactor whose kindness he ll reward with betrayal.

The women who travel in and out of Georges s life include Charles s wife, Madeleine (Ann Dvorak, Flame of Barbary Coast), the beautiful and blinded-by-love Clotilde de Marelle (Angela Lansbury, The Picture of Dorian Gray) and the lovely young heiress Suzanne Walter (Susan Douglas, The Outside Chance of Maximilian Glick).

I love discovering classic, deep catalogue movies. As a child of the 80s whose family either rented or bought tons of VHS tapes, I got a fairly decent movie education at a very young age. That said, I was never given much exposure to the golden oldies unless they had "Music" or "Wind" in the title or featured Bogart in some capacity. I admit to once believing as a small child that color was a relatively new invention based on the few black and white films that I saw at an early age. Thankfully I smartened up and have taken the time to rediscover some great films that were made before a time when doing a film in black and white was considered an artistic choice. 1946's 'The Private Affairs Of Bel Ami' directed and written by Albert Lewin from the story by Guy De Maupassant stars George Sanders as an opportunistic womanizer who is willing ruin lives and even forgo his own happiness to prove himself to the upper crust Parisians who once looked down on him. The resulting film is a tense and often sad exposé of someone putting ambition before love and happiness.

Out of the army and back in social life in Paris, the once successful Captain Georges Duroy (George Sanders) is barely making ends meet. Left with either skipping lunch of dinner for the next couple days, a chance meeting with a former comrade Charles Forestier (John Carradine) turns fortunate. Charles is a big time newspaperman, an esteemed reporter with the ear of the paper's owner. Feeling the need for a new voice on the paper, he puts his dear old friend Georges in line for a lucrative job, only Georges' designs aren't exactly above board. With each little career success, with each tiny article he writes, Georges begins to amass a powerful, seemingly benevolent voice for the people. However, the kind and gentle nature he puts to the public masks a far more devious plan.

Ladies swoon for Georges and his smooth voice and handsome stature. Women like Clotilde de Marelle (Angela Lansbury) fall head over heals for the man, but as soon as their benefit to him in his dash for stature, Georges turns them aside and focuses on another woman, including Charles' own wife Claire (Ann Dvorak). As Georges topples politicians and businessmen throughout Paris, he's primed to complete his coup de grace maneuver, but a shadowy figure may yet turn Georges' grand schemes against him. Even in the face of his own mortality, Georges can't quite put his power-hungry ways to rest and accept a less glamorous life that would have still made him a happy man. 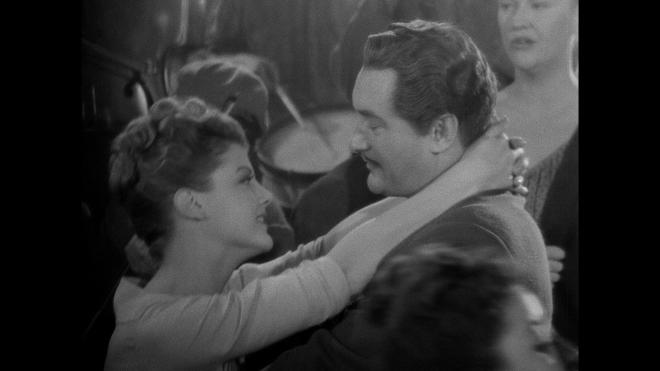 Often while watching 'The Private Lives of Bel Ami' I was struck by similarities to the 1938 Bette Davis starring film 'Jezebel' starring Henry Fonda and George Brent. In a lot of ways Davis' character Julie and George Sanders' Georges are a lot alike. Both dream of power and stature. Both have a fantasy of their proper place within high society. And both have ways of manipulating people into doing what they want to do and when that plan doesn't work, they both become insolent and self-destructive rather than admit they were wrong. Where in 'Jezebel' Julie is more like an adolescent learning maturity, Georges is out for revenge against a society who kept his family and himself from succeeding. He's petulant, often heartless, and when he's faced with true love and happiness he rejects it making him a tragic figure of avarice.

With that compelling character conflict in mind, 'The Private Affairs of Bel Ami' isn't at all times successful in its aims. We spend a great amount of time disliking Georges rather than coming to a reason for even following his character at all. We're supposed to infer that he has a conflict within himself about what he does and his power grabbing is a sort of addiction, but we see little of that duality. George Sanders has always been a great actor for delivering sly performances. I always look back at 'All About Eve' as an example of his ability to portray cunning, but here he's not in the best of form. Perhaps it's a script issue, but his schemes seem to be without a clear purpose. He just keeps meeting women, encouraging them to fall in love with him, and then dumps them or ruin their lives in order to move up the social ladder despite the reputation it brings him. The lack of an end game keeps Georges from ever being a likable character, even when he reaches an epiphany of sorts that forces him to face the waste that his life has become. For how long we spend hating him and what he does, it's a matter of too little too late to make him a truly endearing character. Just the same, George Sanders is in his element and it is actually a bit exciting to watch the actor play such a cold and calculating character.

Serving as a counterpoint to Georges scheming is a wonderful turn by Angela Lansbury as Clotilde. She's the only real empathetic character of the film, as we see her fall for Georges over and over again and be rejected each time. It's not that she's a pushover or someone who doesn't realize he's a jerk. She knows Georges is a jerk, but she's also the only one who can see him for who he is and accept him for it. She's not concerned about stature or financial status even though he is, so her fight for his affections really is about her fight for him to accept who he is and not try to be anything else. Albert Lewin did a heck of a job adapting the novel by Guy De Maupassant and directing this impressive cast. Perhaps some more focus could have been put on Georges inner turmoil so his actions didn't quite seem so sinister, but the film is still an impressive piece of work. George Sanders is always a great actor to see and he plays off of Lansbury perfectly. Those scenes alone are worth the price of admission.

'The Private Affairs of Bel Ami' arrives on Blu-ray thanks to Olive Films. Pressed onto a Region A BD25 disc, the disc is housed in a standard Blu-ray case. Included in the case is a flyer for other Olive Films releases as well as a printed note about a slight sync issue that reads:

"This transfer of The Private Affairs of Bel Ami (1946) that we proudly present to you was sourced from the highest quality picture and audio elements available and represents our best attempt to restore the film to its original glory. Enjoy!

There is a Syncing issue occurring in Chapter 8 at 1:43:16 that is inherent to the source material. This issue may be due to an oversight in the original ADR sync or possible aesthetic choices.

While this film is photographed in black and white, one shot (featuring the Max Ernst painting The Temptation of St. Anthony) is presented in color. "

I'll explain more about those details in the technical  below. The disc opens directly to a static image main menu with traditional navigation options.

Framed in the original exhibition 1.33:1 ratio, this 1080p transfer looks pretty fantastic. The source print for this black and white film appears to be in pretty decent shape as only slight scratches and some very mild speckling is apparent. Film grain is intact leading to some very impressive detail levels showcasing the film's production design and costuming nicely. Set design work is also very well done and the finer details show up perfectly in this transfer. Black levels are deep and inky with a very strong grey scale giving the image plenty of shadows and a notable sense of depth through most scenes. Much like 'The Picture of Dorian Gray,' there is a brief scene where a painting is shown in full color. Colors are rich and bold, and leap off the screen as they should given the thematic importance of the moment. All around this is a very good transfer for a back catalogue release of this vintage.

'The Private affairs of Bel Ami' arrives with a very good DTS-HD MA 2.0 audio mix. This is a very conversation-focused film and dialogue keeps front and center at all times. There are a few moments where some actors try to pull a fake French accent that can be difficult to hear, but that isn't a fault of the mix so much as the performance. Levels are even without any need to adjust volume once the film gets going. The track is in pretty good shape throughout, only some very mild hiss is detectable and I didn't notice any pops or dropouts. Now for the scene in Chapter 8 mentioned in the Vital Disc Stats. I can't give particulars of the scene without giving away some spoilers, but there is a man who is making a speech where all of a sudden his mouth doesn't match what he says. This appears to be baked into the film as if the filmmakers didn't like the dialogue or the line read and they re-recorded it in post production. It's very noticeable, however, I wouldn't describe it as too distracting since it's such an incidental moment and it's over before you know it. It's also not something to mark up as a defect against what is otherwise a very good audio mix.

'The Private Affairs of Bel Ami' turns out to be a very good character study of a man who puts his ambition before lasting happiness. The cast is lead by George Sanders and Angela Lansbury in peak form with this drama. Olive Films has brought the film to Blu-ray in fine order with a very good A/V presentation. Sadly, there aren't any extra features on this disc. For those who are itching for another great classic film for their collection, 'The Private Affairs of Bel Ami' is a worthy addition. Recommended.

Sale Price 19.99
List Price 29.95
Buy Now
3rd Party 19.93
In Stock.
See what people are saying about this story or others
See Comments in Forum
Previous Next
Pre-Orders
Tomorrow's latest releases