How to Be Single

Based on the novel of the same name, an author writing a book about bachelorettes becomes entangled in an international affair while conducting hands-on research abroad. The author and her friends are single New Yorkers who would all much rather be in committed relationships. On a whim, Julie, the writer, decides to write a book about the experiences of single women around the world. She takes a leave of absence from her job as a publicist, jets off to France, and encounters a man named Thomas, who is in an open marriage. Even as she continues her travels to other countries, Julie longs for Thomas, who meets up with her again in Bali, jump-starting a torrid affair. While Julie is off seeing the world, her friends are back in New York, growing closer to each other as their lives develop in wild ways.

Some genres come with a set of expectations that is often too difficult to overcome so most films don't even try anything different. Content to be what they are, they end up relying on being clever or finding a fun new way to present the same old story. The Romantic Comedy is no different. Once a redefining film comes along, a thousand imitators sprout up and take what was once innovative and fresh and run it into the ground. Worse than those films are the ones that attempt to redefine the genre and then end up falling into the same pitfalls and create a vapid waste of time. 'How To Be Single' starring rising stars Dakota Johnson, Rebel Wilson, Alison Brie, and Leslie Mann is that later sort of Romantic Comedy. In its attempt to be edgy, feminine, and genre redefining, it ends up being generic, boring, and unfortunately wastes your time.

Alice (Dakota Johnson) and Josh (Nicholas Braun) have been an item ever since an unfortunate chance meeting put the pair in a compromising and embarrassing situation. Four happy years later and Alice is ready for a break. College is over, she's on her way to start a career as a paralegal in New York City, and for the first time in her life, she has a chance to live by herself and be her own person. Even though she tells Josh it's only a break, he takes it as a tragic end to their romance. It's not long after their breakup that Alice starts to fully experiment with the single life in the city. Living with her single doctor older sister Meg (Leslie Mann) makes the living part of being in the city easy, but the fun part is left up to her coworker, the brash and party hungry Robin (Rebel Wilson). As these three ladies navigate their lack of meaningful romance, Lucy (Alison Brie) desperately clings to online dating metrics as an aggregate for finding the perfect man.

I feel the need to clarify that the reason why my recap of 'How To Be Single' is so short wasn't due to my absolute disliking of the film but because the movie really is that thin. The crux of the film is that each of the four main women played by Dakota Johnson, Leslie Mann, Rebel Wilson, and Alison Brie need to somehow find a way to love themselves and be alone without needing a man in order to be happy. However, the film seems to go a long way to say that while you can have fun being single, it helps to have a guy in the picture or at the very least a brash party-going best friend who is intent on seeing you engage in meaningless sex with random partners night after night. For a film that desperately attempts to push the female empowerment button, it does more harm than good. These aren't strong female characters who stand as statues of individualism and equality, they're cardboard caricatures and not very likable ones at that. 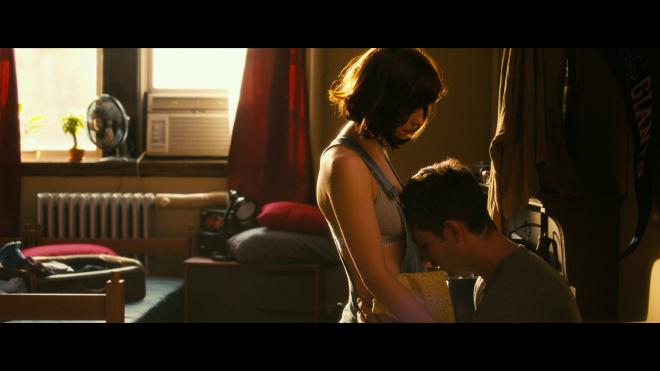 Part of the problem with 'How To Be Single' is the interwoven story structure that apes too much from films like 'Love Actually' for its own good. We're supposed to see each of these women sharing an interconnected microcosm of New York life, but in actuality, the only thing in common is a thin connection to Anders Holm's hound dog bartender Tom and his bar. While they share plenty of promotional artwork together, Dakota Johnson, Leslie Mann, and Rebel Wilson are the only three women who share any screen time together. Alison Brie may as well have not even been in the film at all as her character goes nowhere, is forgotten about for twenty-minute stretches and has no bearing on Alice's crusade for individualism or any of the other central characters for that matter. On top of that, none of the male cast lead by Damon Wayans Jr., or Nicholas Braun are even remotely believable or likable. The only guy that is even remotely likable is Jake Lacy's adorable and big-hearted Ken as he tries to prove to Leslie Mann's Meg that his affections are genuine, even if she's pregnant from a sperm donor. Had the film focused on just those two, the audience might have gotten something actually worth watching. It wouldn't have been new or exciting exactly, but it at least would have been charming and heartfelt, something the rest of this movie is not.

A lot of my irritation and disappointment with 'How To Be Single' stems from the film's marketing as a female-driven romantic comedy that is supposed to shake up the genre in some way. It fails to do that on an epic level. There is an entire scene where Leslie Mann scolds Alice for watching 'Bridget Jones' and falling into that unrealistic romantic expectation trap, but then the entire movie apes key plot elements from films like the previously mentioned 'Love Actually' as well as 'Knocked Up,' 'He's Just Not That Into You' and countless others. Even for a female-driven film without a dominating male star, the film is still ultimately about the men. I am flabbergasted to state that with four female lead actresses this movie fails the famed Bechdel test. Somehow, these four female characters never once manage to have a conversation about something in this movie that didn't involve a man or men in general! Add in some poor attempts at raunchy gross-out humor and you have a film that is sadly thin on character and desperately unfunny. With the cast assembled I was actually hopeful for that this might turn out okay, but even with modest expectations in check, I was gravely let down with 'How To Be Single.'

'How To Be Single' arrives on Blu-ray thanks to Warner Brothers Home Video. Pressed on a BD50 disc, the disc is housed in an eco-friendly Blu-ray case. The Blu-ray opens with a series of trailers for other upcoming new Warner Brothers releases before arriving at a static image main menu with standard navigation options.

As can be expected with a digitally sourced 2.40:1 1080p presentation, 'How To Be Single' looks pretty darn great on Blu-ray. The big draw of this film is the bright and wild color pallet. Primaries are bold and beautiful with plenty of pop and presence while brighter neons during the party scenes and the yellow lights of Tom's Bar give to some pleasing variation. Details are strong throughout most of the film, some of the more wild club scenes can look a little waxy but that's also largely due to the color schemes for each scene. Black levels are good, they're decent overall but they never quite reach inky levels. Contrast feels boosted in a few scenes so the image never really takes on a true sense of dimension. I wouldn't call it flat exactly, but not as pronounced as it could be. The image is free of any compression artifacts and there doesn't appear to be any video noise present ensuring a very clean and pretty-looking presentation.

'How To Be Single' is given a fairly brash DTS-HD MA 5.1 audio mix. While dialogue is clean and easy to hear throughout most of the film, the sudden and often jarring jumps to a club scene or a wild and crazy party moment can punch the levels in the gut. During these moments, I kept feeling the need to lower the volume but at the same time once the scene ended I had to readjust everything so I could hear the following quiet conversation. That is really my only gripe with this mix. The rest of the track is filled with a great use of background sounds and atmospherics to give a nice sense of dimension and space to any given scene. All around a very good track, I just wish the levels had been balanced a bit better during the movie's opening New York moments.

Pros and Cons of How To Be Single: (HD 5:10) This is your pretty typical EPK interview with the cast loaded up with more scenes from the film rather than any meaningful content.

Rebel Rabble: A Look at Rebel Wilson: (HD 4:07) Pretty much just an extension of the previous extra feature with more interviews from the writer and director as well as the cast.

Best Idea Wins: The Humor of How To Be Single: (HD 6:05) More EPK style material that covers the creative process of the film and how it was apparently a very collaborative set.

Rebel Wilson Outtakes: (HD 7:37) Some of these are actually pretty funny and would have gone a long way towards making the final flick a little funnier.

Deleted Scenes: (HD 8:05) Some of this material is actually pretty good, especially because it shows a lot of material from some of the supporting characters whose motivations or interests weren't fully fleshed out in the final cut.

Gag Reel: (HD 1:55) Standard cut up stuff, nothing too great or amazing.

'How To Be Single' isn't genre-defining or redefining for that matter. It tries to be original but unfortunately is a rehash of material found in better movies. Warner Brothers brings this flick to Blu-ray with a pretty decent A/V transfer. Extras are on the slim side but the deleted material is actually pretty decent and probably would have gone a long way towards making the film better. It's difficult to recommend this movie as I just didn't enjoy it, but if you're at all curious it's a rental.

Sale Price 11.49
List Price 19.98
Buy Now
3rd Party 2.13
In Stock.
See what people are saying about this story or others
See Comments in Forum
Previous Next
Pre-Orders
Tomorrow's latest releases