Donnie Yen (upcoming Rogue One: A Star Wars Story and Crouching Tiger, Hidden Dragon 2) ignites the screen in a return to the role that made him an icon - as Ip Man, the real-life Wing Chun grandmaster who mentored Bruce Lee. In this explosive third installment of the blockbuster martial arts series, when a band of brutal gangsters led by a crooked property developer (Mike Tyson) make a play to take over the city, Master Ip is forced to take a stand. Fists will fly as some of the most incredible fight scenes ever filmed play out on the big screen in this soon-to-be genre classic. 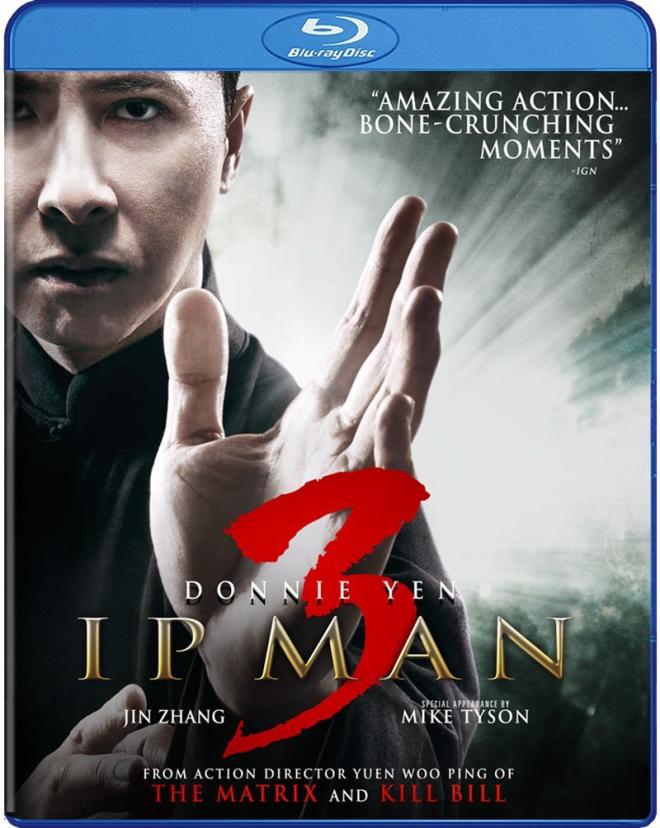 When a film is built upon a promise or at least an implied notion, it becomes increasingly frustrating when the film doesn't deliver on some part of that implied story. It's especially irksome when it involves an entire trilogy of films as is the case with the 'Ip Man' series of films. Master Ip is widely known as the master who trained Bruce Lee. So a film or a series of films about the man who trained one of the greatest martial artists, let alone one of the most popular action film stars to ever grace the big screen, should be a movie worth seeing - or even three movies worth seeing, right? As 'Ip Man 3' proves, the character of Master Ip is worth watching on screen and star Donnie Yen yet again showcases his impressive martial arts prowess, but this film's fictional elements run up against the brick wall of history and this franchise loses a lot of steam.

Master Ip Man (Donnie Yen) has settled into a quiet life with his wife and son and has a successful martial arts school where he trains his students. His son is a good student but he and another young boy get into a fight over whose martial arts is better. That chance fight puts Ip into contact with the rickshaw driver Cheung Tin-Chi (Max Zhang). Master Ip senses there is something different about this man, but his attentions are distracted by the actions of a crooked crime boss known as Frank (Mike Tyson) who postures as a real estate developer.

When Frank and his army of goons set their sites on the school Master Ip sends his son, a street war breaks out. In order for Frank's plans to develop the neighborhood to proceed, he must have that property. As Master Ip soon finds out, he and his students along with the impressive martial arts skills of Cheung Tin-Chi, are the last line of defense. With the police powerless to stop Frank and the corruption his vast fortune has brought, Master Ip will have to come face to face with Frank to put an end to the violence.

Without too much research effort, it's all too clear that little of the story featured in 'Ip Man 3' is grounded in any sort of reality to true events. The film seems to have taken inspiration from Bruce Lee's classic 'The Big Boss' and inserted Master Ip into the plot. To be fair, Bruce Lee does make an appearance here and there, but Danny Chan's impressive impersonation of the famed actor is little more than a cameo. If fans were hoping to see the film where Master Ip finally trains Bruce Lee, 'Ip Man 3' is not that movie. However, if you're a martial arts fan who is hungry for some impressive fisticuffs and fast feet of fury, 'Ip Man 3' delivers the goods. 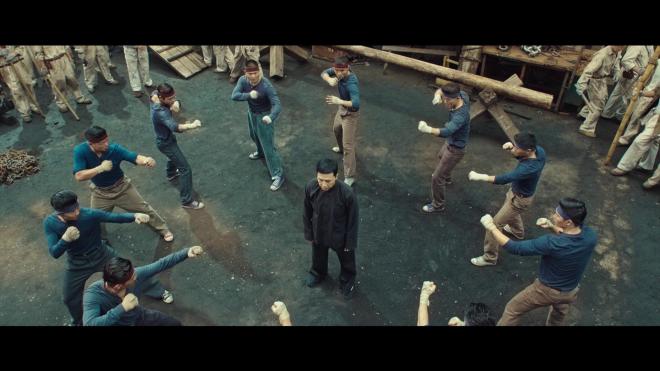 If you're a fan of this franchise, you're no doubt aware of the presence of Mike Tyson as the villainous Frank. Really, that should be about all you need to read in order for you to get the tone of this film. It's a silly affair really. Tyson is difficult to take seriously with that face tattoo, but he does manage to bring a physically distinct presence to the role and is obviously very different than his opponent Donnie Yen. There is a schlock cinema value to this casting that at the very least makes 'Ip Man 3' an entertaining film to watch. This film works best as a martial arts showcase with some particularly fluid camera work and choreography by Yuen Woo Ping. As a piece of drama or a historically accurate biography, 'Ip Man 3' fails, but then it also doesn't even bother to try. It's here to allow Donnie Yen and the rest of the cast to showcase their incredible abilities, and that's all you should expect.

As this trilogy of films comes to a close, 'Ip Man 3' doesn't deliver on the implied promise of seeing the film about Bruce Lee's training. This is a vexing issue that all of the numerous films about Master Ip have in common. This is largely due to an image rights issue as so many individuals have their fingers in that legal pie, it's doubtful that we'll ever see a proper Master Ip/Bruce Lee film. Apparently Donnie Yen says he's through with the franchise, but he said that after 'Ip Man 2,' so if this franchise does continue, my hope is that they abandon any and all references to Bruce Lee and just make a full on martial arts adventure film about Master Ip instead of teasing audiences with micro appearances of the late actor.

'Ip Man 3' arrives on Blu-ray courtesy of Well Go USA. Pressed on to a Region A BD50 disc, this disc is housed in a standard Blu-ray case with identical slip cover. The disc opens with several trailers for other Well Go USA releases before arriving at a static image main menu featuring standard navigation options. 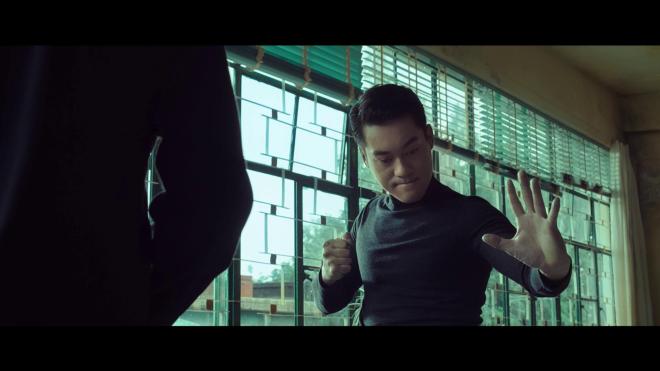 With a 2.35:1 1080p transfer, 'Ip Man 3' looks pretty impressive but at the same time, we're not getting the full picture. This film was shot in and released in 3D, but unfortunately, the U.S. market doesn't seem to be getting that release. This film showcases a number of fist and feet flying towards screens as well as some impressively composed wide shots that feel designed for the 3D effect. Because of the strong black levels, there is still a nice sense of depth to the image, but at times, you can just feel the 3D effects trying to reach out and hook you into the film. Without the actual 3D on display, several of these moments just don't pack the punch they should. Details are impressive throughout allowing you to see and appreciate the intricate period-costuming and production design work. Colors are bright and bold, but depending on the scene, they tend to favor either heightened blues or yellows. All around this is a pretty fantastic 2D transfer, but I am disappointed the 3D isn't available on this disc. 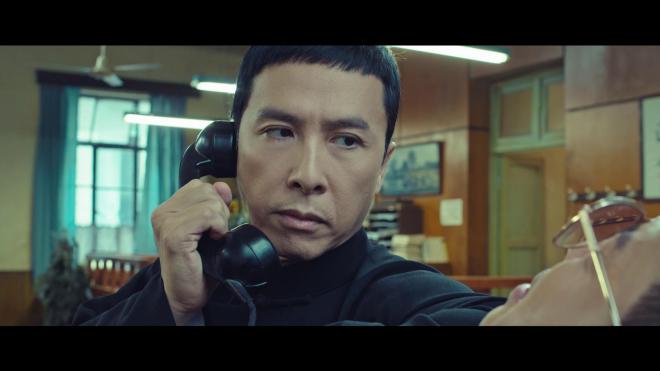 'Ip Man 3' comes packed with a Cantonese DTS:X track as well as a Cantonese DTS-HD MA 7.1 mix, both with English subtitles. My system isn't enabled for DTS:X so the disc defaulted to the DTS-HD MA 7.1 mix. To that end, this is an incredibly immersive sound mix. There is an impressive sense of space and dimension to virtually every scene. The bigger fight moments with numerous individuals sound the best, but even when the image is a small room or only features a couple of people on screen, imaging and direction come through crystal clear. Dialogue is no problem and is clean and easy to hear throughout. Levels are also perfectly on point without the need to adjust volume settings. There is also an English Dubbed DTS-HD MA 5.1 mix, but it sounds horribly canned, and if you leave the subtitles on, it's a pretty poor translation as you actually miss a number of important dialogue moments. 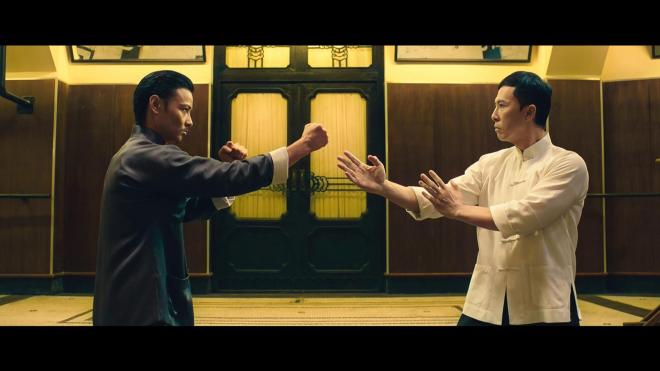 Making Of: (HD 5:31) Broken out between "Story" and "Action" this is an incredibly brief EPK extra feature that doesn't get into much detail.

Interviews: (HD 28:03) Sectioned off between Donnie Yen, Mike Tyson, and Director Wilson Yip, these interviews are pretty decent, it's kinda fun hearing from Tyson about his time working on this film, but again, there isn't a whole lot of detail pulled for this film. 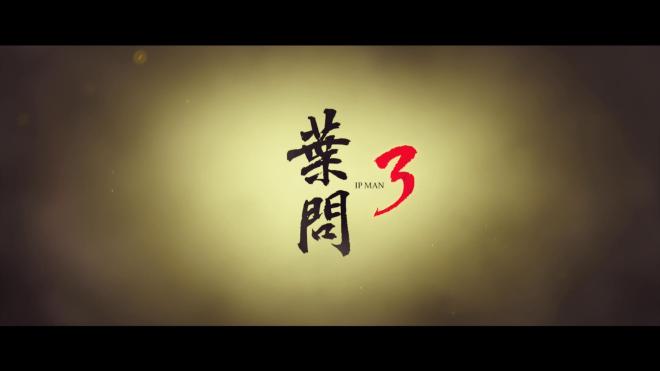 Fans of Bruce Lee expecting to see an "origin story" of sorts about his time being trained with Master Ip will no doubt be left irritated by 'Ip Man 3.' However, if you let that hiccup go and just accept this film as a piece of B-Movie schlock kung-fu entertainment, 'Ip Man 3' delivers a lot of fun. Well Go USA has brought together a fine Blu-ray release featuring a stellar A/V presentation with very brief extra features. My only real gripe is the absence of the 3D presentation. This Blu-ray release of 'Ip Man 3' is recommended.

Sale Price 14.99
List Price 29.98
Buy Now
3rd Party 59.99
In Stock.
See what people are saying about this story or others
See Comments in Forum
Previous Next
Pre-Orders
Tomorrow's latest releases