Academy Award-winning director Louie Psihoyos (Best Documentary, The Cove, 2009), producer Fisher Stevens (TV's "The Blacklist"), and the Oceanic Preservation Society go undercover once again to expose the hidden, illegal world of the animal trade and other human activities that are leading us toward a rapid mass extinction in Racing Extinction. The revealing documentary features conservationist Jane Goodall, Tesla and Space X founder Elon Musk and professional race car driver Leilani Münter discussing what they are doing to save the planet.

There's nothing quite like a really well-produced nature documentary. When one comes around the bend, you expect to see beautiful and colorful photography featuring plants, creatures, and locations that seem to have sprung out of a fantasy novel. It would almost be impossible to believe that such places or animals existed if you didn't already know that what you were seeing was real. On the other hand, nature documentaries often have an underlying subtext of fragility, how the Earth's ecosystem is delicate and in danger due to any number of factors - including and most prominently humans. Discovery Channel's 'Racing Extinction' goes in depth into man's impact on the environment and the dire negative consequences of unchecked encroachment.

This 95-minute nature documentary follows Director Louie Psihoyos (Director of 'The Cove') as he traverses the globe speaking with environmentalists, technology leaders like Elon Musk, and animal experts like Jane Goodall. While the photography is absolutely stunning and opens the viewers eyes to a new world, the focus of 'Racing Extinction' is not to celebrate the beauty of nature but show what humans are doing to destroy it advertently as well as inadvertently. From restaurants in the United States serving illegal whale meat to patrons willing to shell out over $600 for a portion of the growing shark-hunting industry to harvest the animal's fins, this is a series that is not intended to make you aspire to do better with your environmental conscientious behaviors but to wake you up to the reality of what is happening in the world around you every single day.

Since 'Racing Extinction' was directed by 'The Cove,' it should come as little surprise to anyone that 'Racing Extinction' is just as dire if not just as utterly depressing to experience. That isn't meant as a slight against this film or 'The Cove,' both are important works of filmmaking in that they serve the expository purpose of showcasing cruel treatment of animals for the benefit of industry. However, I would argue that films of this type preach to a choir rather than engage in a dialogue with an uninformed or dissenting viewpoint about the impact of humans on the planet. 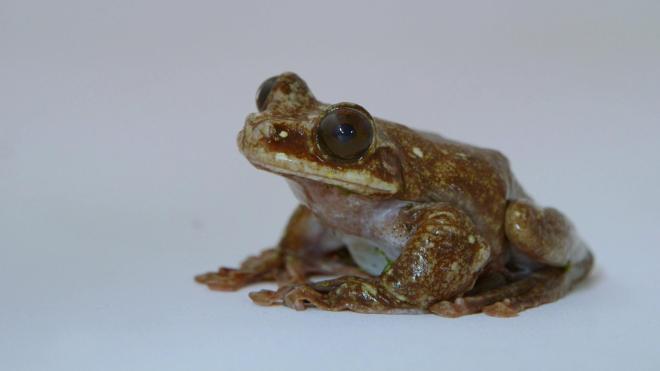 As someone who does what they can in an albeit limited capacity for the environment (i.e. recycling, donating to the Sierra Club), I felt more than a little placated to watching 'Racing Extinction.' While I may be informed about a number of environmental issues that face the planet, I'll admit that I don't know everything there is to know so I'm always open to new information. That said, when the material is presented in such a way that makes you want to believe that over 50% of the species on the planet could be extinct in 100 years, I tend to shut down and shut out. This isn't a measure of disbelief or unwillingness to accept circumstances, it comes from the basis that a movie like 'Racing Extinction' doesn't offer a variety of solutions to a problem beyond "stop everything you're doing right now" or "vote for green candidates." I know shark fin soup is a delicacy that results in the death of thousands of sharks every day. I don't eat shark fin, I don't know of any restaurants that serve it, and if I did I wouldn't spend my money there. With that in mind, I didn't need to see a shark struggling to survive in open waters with its fins cut off. But, that's the kind of material 'Racing Extinction' revels in for 95-minutes. Only at the very end does it make any mention of measures that can be taken by individuals.

For parents looking to show their children a nature program that showcases the fragility of the planet, I wouldn't recommend 'Racing Extinction.' Rather than showing animals in their natural beautify and habitat, it instead shows you the pieces of the animal's remains. If you want to educate yourself about the delicate situation the environment is in while also learning about what can be done to solve the problem and not feel depressed, I highly recommend the PBS series 'Earth a New Wild.' Not only does it show how man can damage the environment, but it goes so far as to showcase how man can make a difference and the actions that are being taken today. Just because something is a serious topic and should be presented straight-forward doesn't mean it should leave an audience feeling powerless. 'Racing Extinction' does manage to offer some solutions to the problems at hand, but it does so in such a way that one would act out of guilt rather than genuine inspiration to do good.

'Racing Extinction' arrives on Blu-ray thanks to the Lionsgate Home Video. Pressed onto a BD50 disc and housed in an eco-friendly Blu-ray case with identical slipcover, the disc opens to trailers for other Lionsgate releases before arriving at the main menu with standard navigation options. Also included with this set is a Digital HD voucher.

'Racing Extinction' arrives with a 1.78:1 1080p presentation. This documentary feature is made up of a hodgepodge of digital sources. Much of the nature photography is strikingly colorful and detailed with rich and inky black levels giving the image a notable sense of depth. A lot of this film is made up of hidden camera footage as well as some night vision shots that are of a noticeably lower quality. That isn't to say that you can't make out what is being shown, it just makes for an inconsistent presentation that is tougher to grade as a whole experience. Overall, this image holds up, but given the multitude of sources, the image is average for this type of documentary.

With an English DTS-HD MA 5.1 audio track, 'Racing Extinction' has a solid but not remarkable auditory presence. Dialogue is clear and easy to hear throughout much of the film. Some of the hidden camera footage contains dialogue that's nearly inaudible so subtitles have been provided for those scenes. Beyond the dialogue and the score by J.Ralph, there isn't a whole lot to this mix. It's largely made up of interview dialogue and voice-over material so the surrounds aren't ever really engaged beyond providing a little space and presence to some of the scenes. For this type of film, the track works, but it's hardly remarkable or demo-worthy.

The Virtual Field Trip: (HD 53:38) This is a solid tie-in extra feature that showcases some of the scenes of the documentary and expands on them while also featuring a number of conservation efforts currently being undertaken to reverse the course of destruction. I wish the rest of the film had been more like this extra feature as it generally has a more positive outlook.

If you're looking for programing that encourages you to dislike what humans do to the environment, 'Racing Extinction' proves to be a worthy successor to 'The Cove.' If you're trying to find something a little more uplifting with it's approach, this isn't the film for you. Considering the number of disturbing images, this isn't for children. Lionsgate with Discovery Channel has brought 'Racing Extinction' to Blu-ray featuring an average-looking image with a decent audio mix. Extra features aren't much but it proves worth watching. Considering the nature of the documentary itself, the A/V presentation and only extra feature, I'm left calling this one as a rental. It's tough to recommend this one as a blind buy.

Sale Price 89.04
Buy Now
3rd Party 89.04
In Stock.
See what people are saying about this story or others
See Comments in Forum
Previous Next
Pre-Orders
Tomorrow's latest releases