In this sequel to 1969's 'Hawaii,' Charlton Heston plays a sailor who returns to his Hawaiian homestead, only to learn that his grandfather's fortune has been bestowed upon his hated cousin Alec McCowan. As a reprisal, Heston sets up his own pineapple plantation in competition with his cousin. 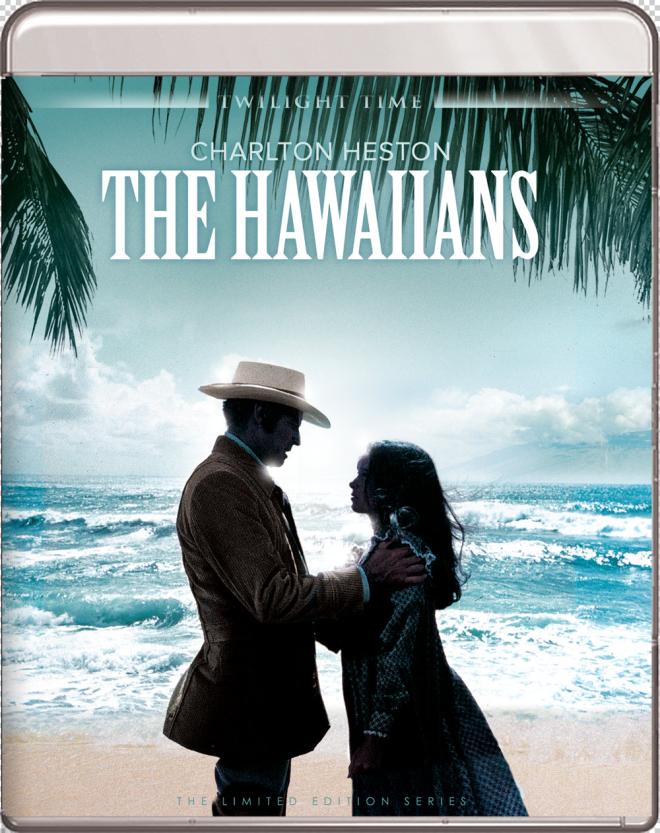 Have you ever picked up a James Michener novel and just held it in your hands? After a little while that tome you've been holding starts to get awful heavy, making your muscles ache. Reading one of this literary master's works is a task unto itself, but can be incredibly rewarding. You can come away from the reading one of his books feeling like you've learned a lot about somewhere or something you'll probably never personally experience. It's because I once tried to read his book 'Space' - admittedly I didn't finish it - that I am fascinated when someone tries to adapt one of his books. 'Hawaii' is an especially strange choice because it's nearly 1000 pages long and spans nearly two hundred years of history. 1966's film 'Hawaii' was smartly adapted using only parts of the book saving the rest of the novel for 1970's 'The Hawaiians.' While 'Hawaii' was a lean story and focused, 'The Hawaiians' much like Michener's novel is too broad and unwieldily for a single two-hour film and would have been better suited as a miniseries.

Whip Hoxworth (Charlton Heston) has done it his own way all of his life. Never dependent upon his Grandfather's fortune, Whip has made a life for himself as a sea caption transporting Japanese and Chinese immigrants to Hawaii. While these people are paying passengers, they're basically herded into the ship's hold like cattle and held in slave-like conditions with little food or water. Two of these passengers are Mun Ki (Mako) and the beautiful Nyuk Tsin (Tina Chen). Nyuk Tsin is supposed to be transported to Hawaii to work in a brothel, but Mun Ki claims her as his wife to keep her safe on the boat, and when Whip offers them work on his property, the pair are bound together.

Whip's hopes and dreams are to get away from a life at sea and start his own thriving plantation. But when his Grandfather leaves Whip out of his estate, Whip and his wife Purity (Geraldine Chaplin) are given 80,000 acres of seemingly worthless land. But Whip is ambitious and on that land, he sees great potential and has the wild idea of cultivating pineapple plants. As time passes, Whip sees that Nyuk Tsin shares his level of ambition as she works herself to the bone to build a family fortune for herself and Mun Ki. 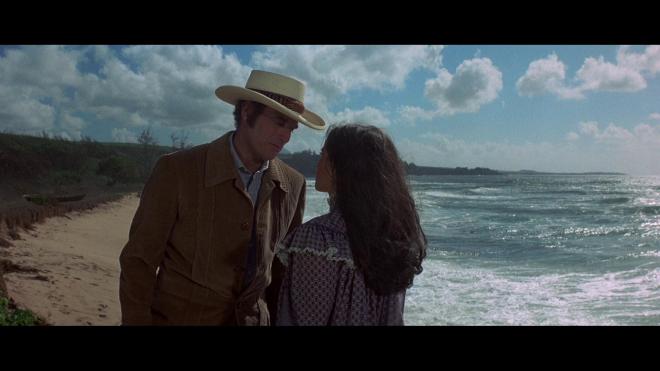 As a continuation of the multigenerational story started in 1966's 'Hawaii,' 1970's 'The Hawaiians' is a movie that feels like it's trying to accomplish entirely too much in a very short amount of time. The source material is dense, thick material that in order to justify a proper adaptation you would need a dozen hours of screen time, not just 132 minutes. It's this truncated timespan that keeps a lot of the material this film tries to create from truly resonating. Things happen without any indication of the passage of time. In one shot Mun Ki and Nyuk Tsin are moving into their small wood shack home on Whip's property, the next shot there's a child strapped to Nyuk Tsin's back and Whip is asking the woman to nurse his child because Purity isn't able to. It's this blink and you'll miss it feeling that keeps this movie at a distance from its audience.

The shame of this film not really working is that it is incredibly well produced. The film looks and sounds expensive featuring a splendid cast, some impressive production design work to recreate late 19th century Hawaii and some intricate costuming to match. As one sits down to watch 'The Hawaiians,' it doesn't take long for one to feel like they're missing out on a lot of great material - which was exactly my experience with this film. I constantly felt like I was watching every other episode of a television event series and was left having to connect the dots of what is happening when, where, and why. As a followup to 'Hawaii,' 'The Hawaiians' doesn't quite work as cleanly as one would hope but is still entertaining in its own way. It may not be as satisfying as one would hope, but it's worth watching at least once.

'The Hawaiians' arrives on Blu-ray thanks to Twilight Time and is limited to a release of 3,000 copies. Pressed onto a Region Free BD50 disc, the disc is housed in a standard clear Blu-ray case. Also included is a booklet featuring an essay by Julie Kirgo. 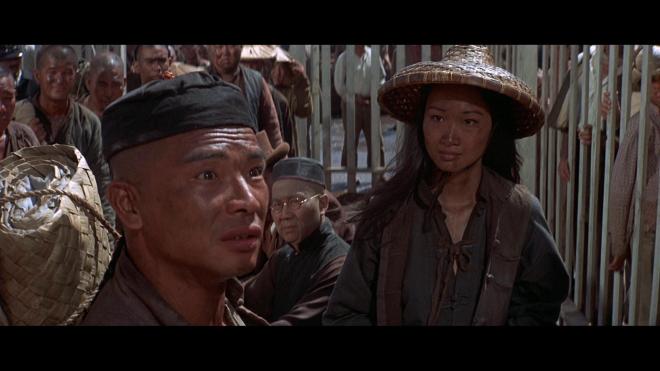 With a splendid 2.35:1 1080p transfer, 'The Hawaiians' makes a fantastic leap to Blu-ray. From the first frames, it's apparent that fine film grain has been retained throughout offering a very film-like appearance. Details are rich allowing you to appreciate the intricate costuming and production design as well as fine facial features. Colors tend to skew slightly towards the earth tones, deeper browns and richer greens, but primaries do retain their strengths - especially blue skies and the deep blues of the Pacific. Black levels are pretty strong throughout a lot of the film, there are some shots that look like they were intended to be either day for night, or appear late evening, that tend to appear too dark and cause the film to lose its sense of depth that is readily apparent during brightly lit scenes and daylight shots. All around this is a beautiful looking film and this transfer does the film justice. 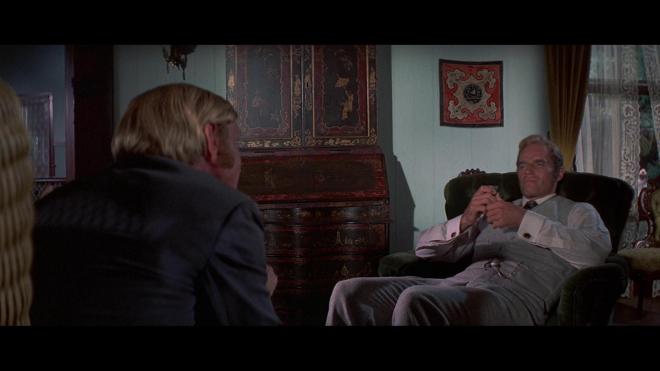 'The Hawaiians' comes with a rich DTS-HD MA 1.0 mono track. Free of any age related anomalies, the track handles the dialogue, sound effects, and the beautiful score by Henry Mancini without any distortion. Dialogue is crisp and clear and never at odds with the score or sound effects elements. Even as a mono track there is still a notable sense of space and imaging to the track that keeps it from feeling flat or lifeless. Levels are also spot on and don't require any adjusting. All around this is a perfectly wonderful audio track that works to the film's strengths. 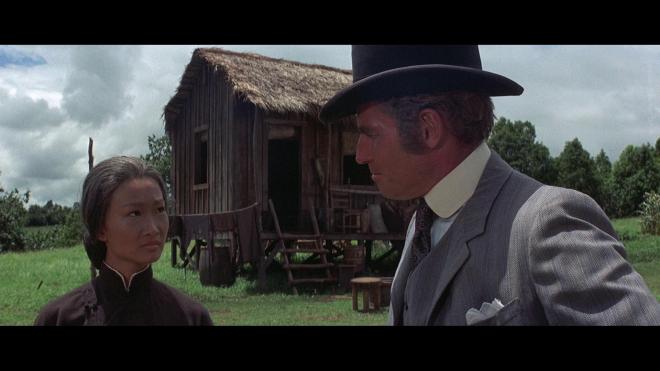 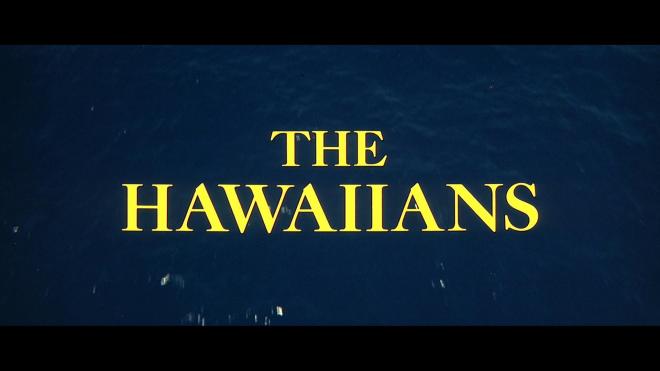 'The Hawaiians' is a movie that is just too big for two hours of run time. The impressive cast lead by Heston do a great job but their characters rarely come to life due to the broad focus of the film. It's still entertaining and features some impressive production work, but a mini-series would probably have worked better than a single film. Twilight Time has brought the film to Blu-ray with a stellar A/V presentation. The Henri Mancini score is the only real extra feature of note and is a great listen. This Blu-ray release of 'The Hawaiians' is worth a look.