Living in the same universe as The Waling Dead, Fear the Walking Dead is a gritty drama that explores the onset of the undead apocalypse through the lens of a fractured family. Set in Los Angeles, a city where people come to escape, shield secrets, and bury their pasts, a mysterious outbreak threatens to disrupt what little stability high school guidance counselor Madison Clark (Kim Dickens) and English teacher Travis Manawa (Cliff Curtis) have managed to assemble. The everyday pressure of blending two families while dealing with resentful, escapist, and strung out children takes a back seat when society begins to break down. A forced evolution, a necessary survival of the fittest takes hold, and the dysfunctional family must either reinvent themselves or embrace their darker histories. 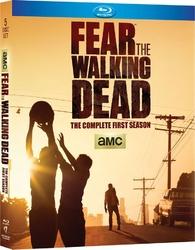 It was fairly inevitable that AMC would make a spin-off series of their highest rated show 'The Walking Dead', and 2015 was the year to do it, with five seasons of the show under the network's belt. It's worth noting that the debut episode of 'Fear the Walking Dead on AMC was the highest rated and most watched episode in cable television history, with over ten million viewers. It more or less sustained that viewership despite some rocky reviews. The bad reviews or recaps didn't sway the AMC execs, as they renewed the series for a second season with thirteen episodes instead of the six we got in this first season.

The big part here is how does AMC differentiate and make an original series set in the same setting as their biggest hit show? Where' The Walking Dead' is set in an already post-apocalyptic, zombie filled world where almost everyone is already stitched into this new way of life, 'Fear the Walking Dead' acts more like a prequel in a different part of the country. This prequel series follows the actual beginning of the outbreak from one of the first signs and cases of this zombie plague and how everyone is dealing with it, rather than just show the aftermath. That is one of the main differences here, which is quite a good one.

If you're looking for the high octane action scenes that are usually seen in every episode of 'The Walking Dead', you really won't find that here. Instead, we follow a broken family, dealing with this new outbreak and being forced to lead a new and awful life, which mostly just consists of survival. In 'The Walking Dead', we first see most of the characters having already come to terms and transitioned into this new way of life, whereas here, we see everyone living normal lives, then starting to deal with this horrible situation.

In the opening scene, we see a young guy named Nick (Frank Dillane), who wakes up an a shoddy, abandoned old church with needles sticking out of his arm. In his drug induced state, he sees his girlfriend chomping down on someone else. This causes Nick to run out of the church and into the street where he is almost immediately hit by a car, which sends him to the hospital. There, his mother Madison (Kim Dickens), her boyfriend Travis (Cliff Curtis), and his sister Alicia (Alycia Debnam-Carey) are by his side, struggling with his drug addiction, and wanting to know what happened.

Nick doesn't quite believe what he saw, but he knows deep down that it wasn't a hallucination. Still, he tries to tell them. Most people don't believe him, but when Travis goes to investigate himself, he knows Nick is telling the truth. Soon after that, more and more people start turning into zombies and the outbreak begins. 'Fear the Walking Dead' follows this family along with some other supporting characters related to Travis's previous relationship, as they come to terms with the situation and try and get out of the big city of Los Angeles, which proves more difficult than they thought.

There are riots, looters, protestors, high crime, and of course, zombies to deal with now. As I would think would happen realistically here, there are always a ton of people who will deny what's happening right in front of them. The drug addiction angle is also very good, as we get to see not only a struggle with surviving from flesh eaters, but also trying to kick a bad drug habit, which has its own consequences when trying to stay quiet or run for your life. Again, this is more of a slow-burn show, at least for this first season where there are more melodramatic moments than there are action scenes with blood and zombies, which might upset some fans.

That being the case, the show-runners here have allowed us some excellent character development to really get down to the nooks and crannies of each character that completely pays off in the final episode of this season. In between the long stretches of talking and dramatic moments here, are some pretty suspenseful zombie scenes that are on par with any episode of 'The Walking Dead'. You just won't get as many of them. The practical zombie effects are still top notch here and the show is shot very well.

The setting of the big city is a character in itself and becomes more of an enemy to our survivors than an ally, which is fun and entertaining to see. This first season surely sets up some big moments to come next season. Let's just hope the pace picks up a bit and that all the great things from season one passes through to season two. 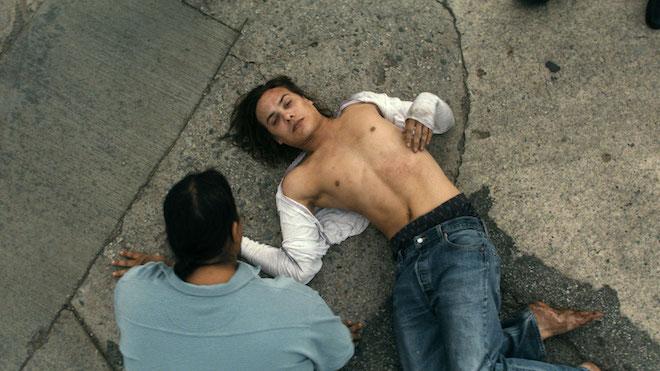 Wider shots of Los Angeles look equally impressive, giving the image some great depth, no matter if we are in a well lit area or very dark room. It all looks very good. Colors are well saturated and balanced and pop off screen when in well lit areas. Black levels are always inky and the skin tones are natural throughout. There were no issues with banding, aliasing, or any other compression problem, leaving this video presentation just as good as the other AMC series. 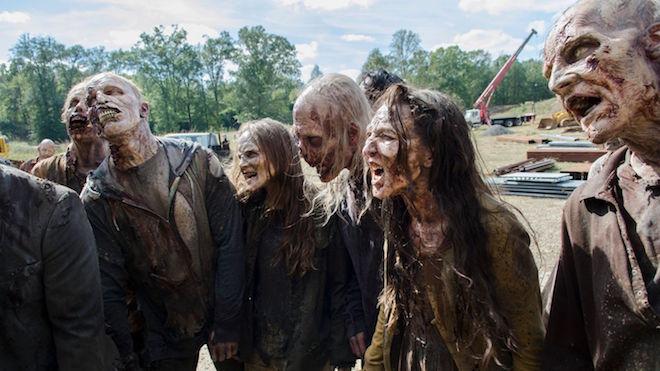 This release comes with a Dolby TrueHD 5.1 mix and sounds excellent from start to finish. Sound effects pack a punch and come from every speaker perfectly with great directionality. Each gun blast, punch, hit, kick, and zombie kill sounds exquisite and gruesome. It's all very realistic and robust. Ambient noises of riots, people scattering, and zombie growls are intense and dynamic at all times. You'll feel every sound effect as you are fully immersed in this chaotic world where the zombie apocalypse begins.

Dialogue is always crystal clear and easy to follow, and free of any pops, cracks, hiss, or high shrills. The score is sweeping and adds to each suspenseful and dramatic moment. There is quite a bit of bass that never crosses into rocky territory either. The dynamic range is wide and the LFE is excellent here, leaving this audio presentation with great marks. 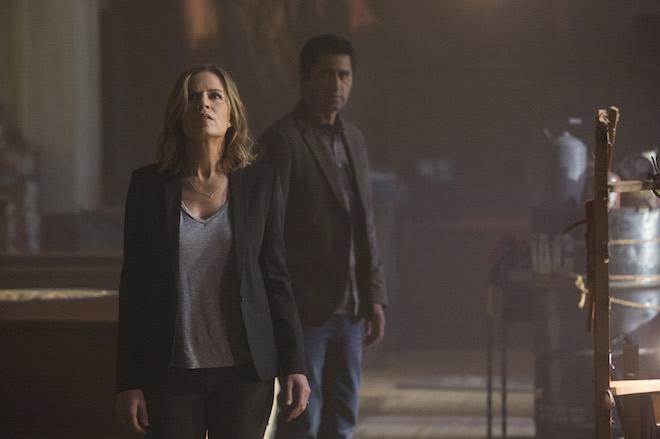 A Look at the Series (HD, 4 Mins.) - A promo piece with cast and crew interviews as well as some footage from the set and show that gives us some information on how the prequel series was formed and what it aims to be.

Inside the Characters of 'Fear the Walking Dead' (HD, 3 Mins.) - This is a look at the main characters of the series with interviews and clips. 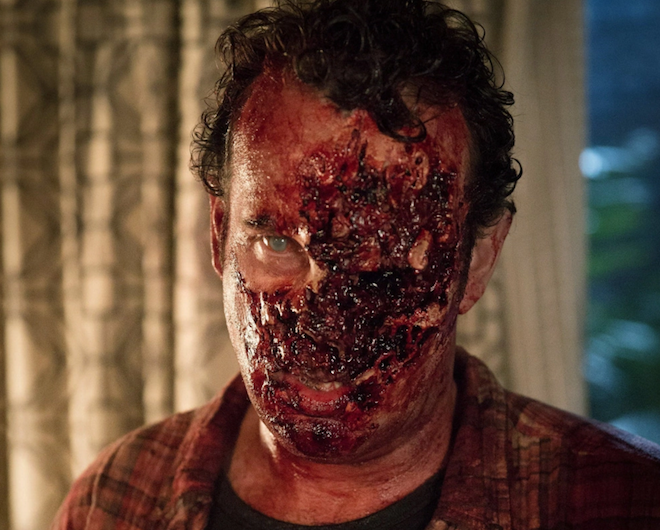 'Fear the Walking Dead' Season One is an excellent prequel series to 'The Walking Dead'. It's a lot of fun to see just what happened as the zombie apocalypse started and how people reacted to it, instead of just being thrown into the aftermath. There are some great performances, excellent set pieces, and a decent amount of gore and zombies. This is a slow-burn show, but it definitely pays off in the end, with great anticipation for next season. The video and audio presentations are both amazing, however there is a serious lack of bonus features here, which is upsetting. Still, this series comes highly recommended if you're a fan of the zombie genre and good television.