Stephen Rea stars in the debut feature by writer-director Neil Jordan. Set against the backdrop of Northern Ireland's troubles, a musician witnesses a gangland murder, but his investigations lead him into a nightmarish cycle of violence.

Although little remembered today in comparison to his later, more famous films including 'The Crying Game' or 'Interview with the Vampire', Neil Jordan's 1982 debut feature 'Angel' was more than just a formative work from the filmmaker's early career. The movie emerged as a very confident, polished directorial effort from a burgeoning talent who had a lot to say, and deserves to be judged on its own merits.

I would guess that at least part of the reason 'Angel' has fallen into obscurity is its nondescript title, which is easily confused for any number of other movies or TV series. In fact, it was at least the second film released in 1982 by that title (the other being a Greek production). Just two years later, a schoolgirl-by-day/vigilante-hooker-by-night exploitation franchise would find a little more success using the same name. In the North American market, Jordan's film was released with the alternate title 'Danny Boy', but even that hardly offers any insight into what it's about or inspires much enthusiasm to see it.

In the first of many collaborations with the director, Stephen Rea stars as an easygoing saxophone player in Northern Ireland who books a gig at a small town dance hall. Charming, charismatic and a bit of a womanizer, Danny doesn't have much of a head for business or any interest in politics. He's happy to bounce around from job to job, making a little cash and flirting with the local ladies (and with his band's lead singer). Unfortunately, his world comes crashing down after he witnesses both the band manager and an innocent deaf-mute girl he'd taken a liking to get gunned down by mobsters over a petty dispute involving extortion money. While Danny's not exactly a proactive type of guy, he grows frustrated when the police show little interest in solving the crime, and increasingly feels compelled to do something. What that should be is never clear in his mind, but his obsession leads him down a dark path to avenge his friends.

In basic terms, this is a revenge thriller. However, it's a particularly low-key example of the genre more interested in the character drama than the gunplay or violence. While the story is never explicitly political, it's set against the backdrop of the Irish "Troubles," which weighs heavily on the environment and informs the character's state of mind and behavior. In a lot of ways, this film develops themes and preoccupations that will recur in later Jordan works such as 'Mona Lisa' or 'The Crying Game'.

Even in just his first attempt behind the camera, Jordan exhibits a remarkable eye and ear as director. The movie contains some very striking imagery and great music. As a writer, he imbues the screenplay with smart dialogue and strong character development.

The movie falters a bit at the end when the plot turns rather confusing. The story also ultimately feels a little slight. Neil Jordan would go on to make better films than this (as well as some that are a lot worse), but 'Angel' remains a very accomplished breakthrough work that he should be proud to call his debut.

As far as I'm aware, 'Angel' was never released on DVD in North America. For the Blu-ray edition, Twilight Time has licensed the title from British studio Film 4. The disc is a limited edition with a pressing run of only 3,000 copies. Like most Twilight Time releases, the Blu-ray has a simple static menu. A booklet inside the keepcase contains an essay by Twilight Time employee Julie Kirgo.

For such an obscure movie of modest origins, the Blu-ray edition of 'Angel' sure looks terrific. The 1080p/AVC MEPG-4 transfer has a strong sense of detail as well as excellent colors and contrast. It shows off cinematographer Chris Menges' (later a two-time Oscar winner) expressive use of lighting and colors very well. The 1.78:1 image is lightly grainy, but never inappropriately so. I assume that the video master was provided to Twilight Time by Film 4. I'd also guess that it's a recent film scan.

On a handful of occasions (such as time code 57:17), faint edge halos appear to creep into the picture, but I'm not certain whether that's a digital transfer artifact or a chromatic aberration issue with the original photography in those scenes. In either case, they're infrequent and never serious enough to be a real distraction. I only mention the issue because it's my job as a reviewer to nit-pick. 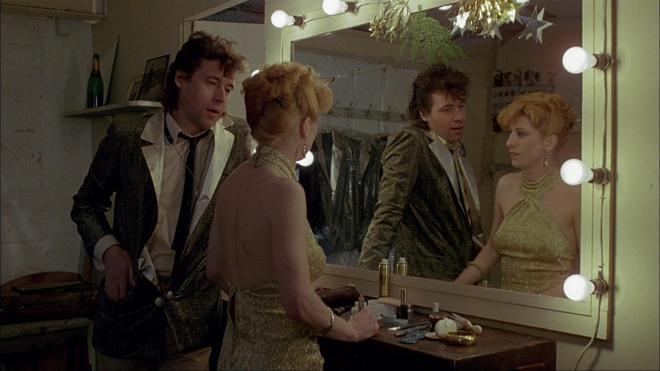 The movie's soundtrack is presented in DTS-HD Master Audio 2.0 mono format. Music is perhaps the most critical element of this track. Even in mono with no attempt to remix for stereo or surround, it sounds very good, especially the saxophone. Dialogue is always clear and discernible, even when heavily accented, though it sometimes feels too forward in the mix.

Dynamic range is limited. The single explosion in the film sounds weak. Gunshots are adequate but nothing exceptional. Of course, this is a low-budget drama, not a big action movie. For a mono mix from 1982, the disc sounds fine. 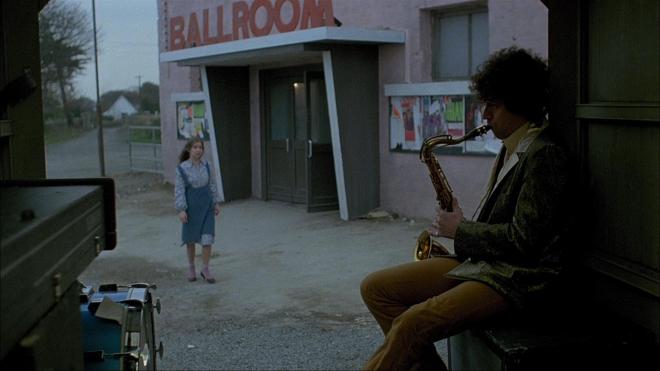 It's disappointing, if understandable, that neither Film 4 nor Twilight Time could scrape together any documentaries or featurettes or vintage archival material for this disc. An audio commentary might have been interesting. Instead, all we get is the following feature which is fairly standard on Twilight Time releases. 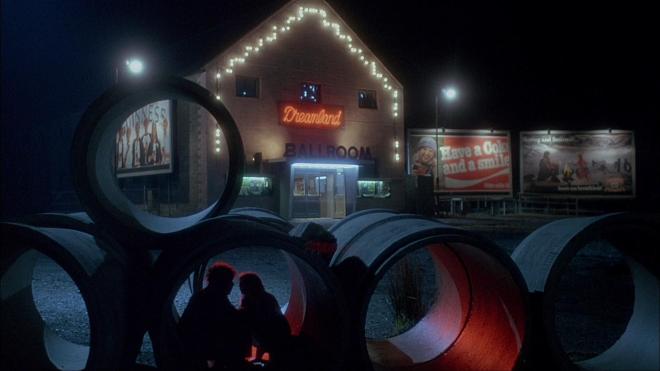 As Neil Jordan's first directing effort, 'Angel' demonstrates that the filmmaker wasted no time in finding his voice. The movie contains a lot of the hallmarks of his later work while still being an impressive achievement on its own.

The Blu-ray from Twilight Time looks great and sounds pretty good too. It's worth discovering. 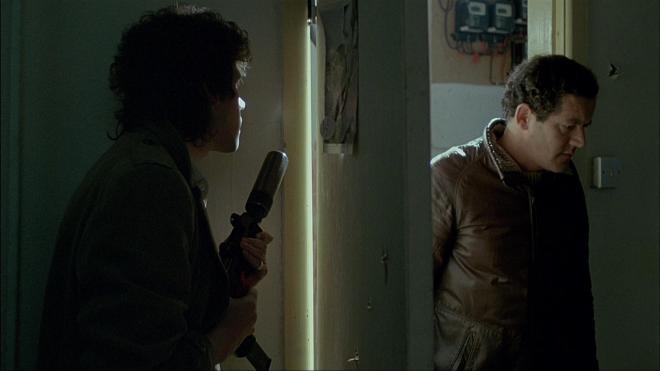