While it won't always be the case, for this first review of a Sony Supreme Cinema Series title, I was fortunate enough to have the original 2007 'Bram Stoker's Dracula' Blu-ray on hand to analyze frame-exact screengrabs from each print. However, please keep in mind a few things before making any final judgements:

In other words, judging the experience of watching a Blu-ray from a few still images isn't smart, but for our purposes here, they will demonstrate how these two masters differ. 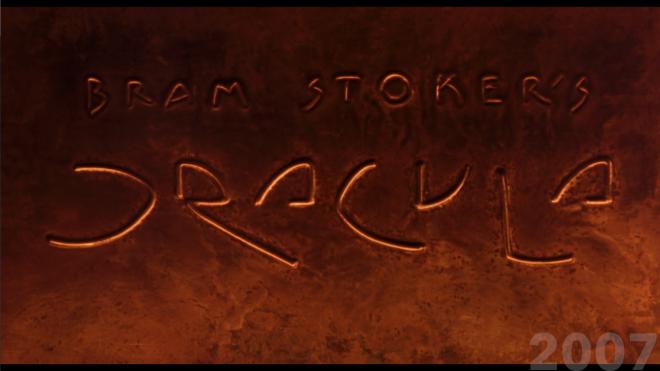 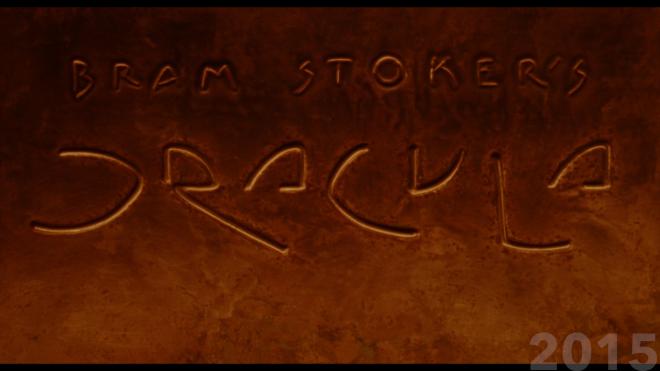 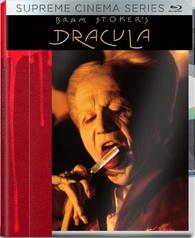 'Bram Stoker's Dracula' debuted in North America in November of 1992, almost one hundred years after the original novel's first publishing. Filmmaker Francis Ford Coppola, famous for his 'Godfather' saga and 'Apocalypse Now', was in a bit of financial trouble at the time. Fortunately, he was also a big fan of Stoker's book, having spent summers reading the full novel to his campers when he was a camp counselor. So, when actress Winona Ryder approached Coppola with James V. Hart's 'Dracula' screenplay adaptation, Coppola quickly boarded the project, excited about its romantic flourishes and going back to the source material, which he thought would be fresh in the early 90s.

Another key decision was bringing aboard Coppola's son, Roman, as Visual Effects Supervisor and Second Unit Director because father and son not only tried to recreate the novel's gothic tonal flourishes, but also early 20th Century filmmaking technics. To put it another way, while James Cameron was busy ushering in a new era of digital visual effects, the Coppola family was using a combination of century-old optical, in-camera, and practical effect techniques. Together with designer Eiko Ishioka, composer Wojciech Kilar, an all-star cast, and hundreds of other collaborators, the Coppolas made a wild, gothic melodrama that lit up the box office in 1992 and saved the family home.

The plot, for those who have not read the novel or seen this adaptation, is a multifaceted tale concerning one Vlad the Impaler, a vicious warrior fighting for the Church who renounced God in 1462 after his wife's suicide, only to turn into something else... dark and immortal.

Dracula entraps Harker in his castle and voyages to London -- sleeping in the earth of his homeland -- to woo Mina. But before he can win her heart, he needs his strength, which he attains by slowly draining the life and soul out of Mina's best friend, Lucy. Lucy's three suitors, horrified by Lucy's strange illness symptoms, ultimately team up with Dr. Van Helsing (Anthony Hopkins) to uncover the truth about the nosferatu and destroy him. Mina, for her part, struggles with her dutiful love for the missing (and eventually found) Harker while slowly embracing an impossible sense that her true love may very well be Dracula. 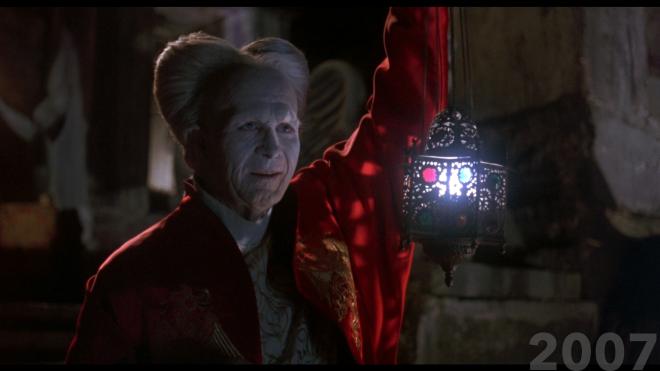 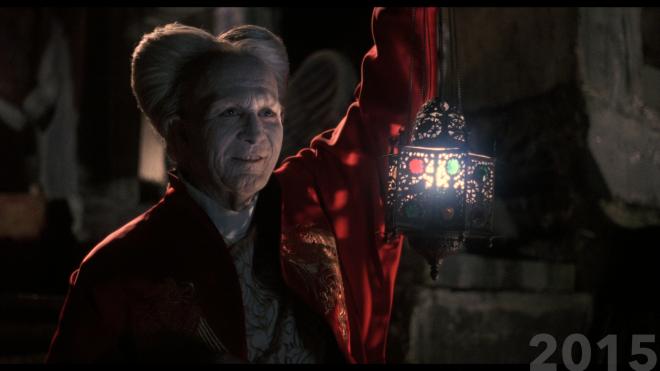 Melodramatic, fanciful, surreal, 'Bram Stoker's Dracula' is a theatrical fever-dream of a movie.

Having grown up in the early 90s, this film hit at the exact right time for my generation. We missed it theatrically because it was rated R "for sexuality and horror violence," but proceeded to rent it many times on VHS or watch it over and over again on TV. It had blood and violence and a shocking amount of nudity -- in short, everything teenage boys wanted to see. It was also deeply romantic and gothic and wildly imaginative -- in short, everything teenage girls wanted to see.

I mention this personal anecdote to acknowledge there may be a good bit of nostalgia reenforcing my passion for this adaptation. Many would cite performance and accent issues, or the lack of conventional scars, for why he or she might not care for this particular production. But I find that the movie has aged quite well, particularly for its grandiose and hand-made filmmaking style -- it feels equal parts period and ultra modern. As a student of Shakespeare and several hundred years worth of theatrical (stage and screen) expression, I'm still amazed by how this film was put together. I love the overt camera movement, breathtaking pacing, and melodramatic romance. It's what I imagine 'Dracula' would be like if Orson Welles had adapted it earlier, or if Baz Luhrmann were to take on the project today. It drips with detail and boldness that easily overcome any imperfections. 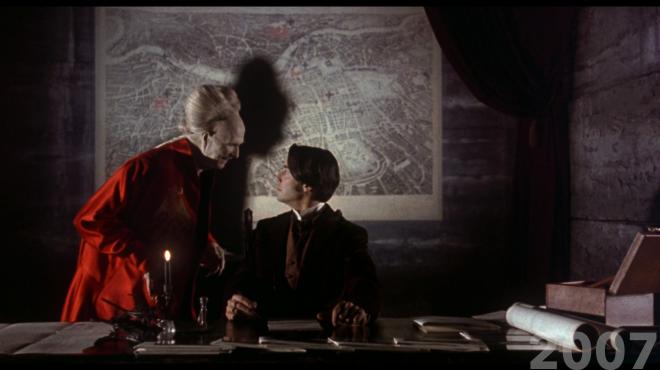 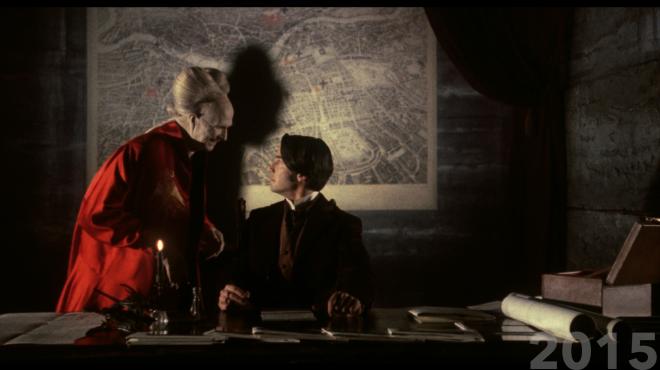 'Bram Stoker's Dracula' returns to Blu-ray as the first Sony Supreme Cinema Series Limited Edition title, sporting a new 4K master and a Dolby Atmos sound mix. This Region A locked BD50 is housed in a clear plastic booklet-case with a blood red binding and a 24-page book highlighting film production anecdotes. It also includes a redemption code for Ultraviolet Digital HD set to expire 12/31/2018. Upon placing this Blu in your player, there are no forced trailers, though it loads ever-so-slightly slower than the 2007 release. 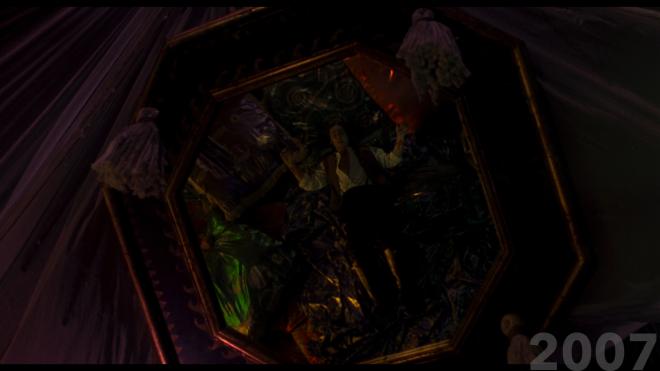 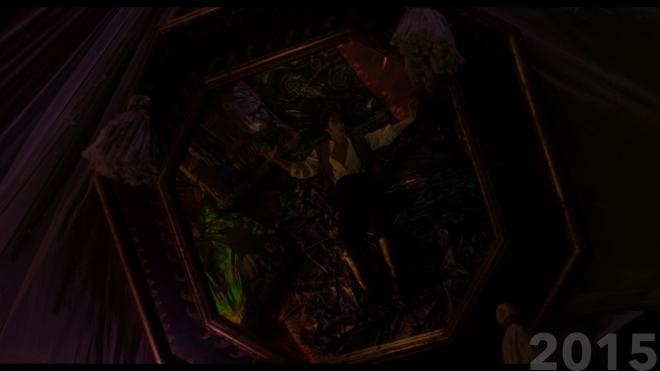 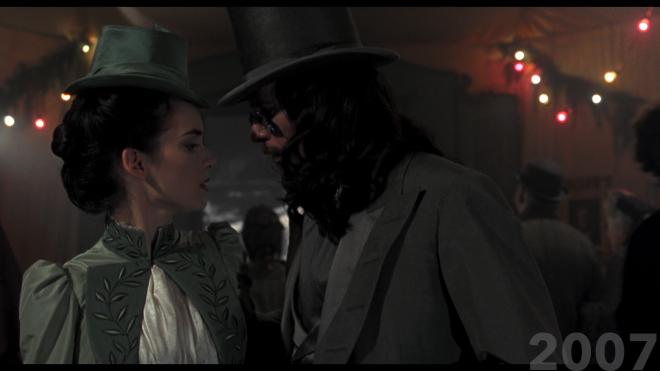 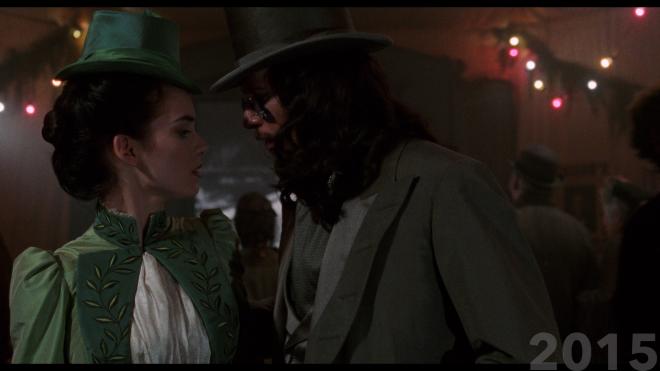 'Bram Stoker's Dracula' traveled oceans of time to return to Blu-ray with a new 4K master, presented here in AVC MPEG-4 1080p and framed in a 1.85:1 aspect ratio.

The original 2007 Blu-ray pressing was called "disappointing" for its flatness, blemishes, and noise. I personally have enjoyed owning that Blu-ray, for it also offered bold colors and pretty solid black levels.

Overall the new transfer manages to improve on those complaints, removing all but a few blemishes and encoding errors. Indeed, this edition is more filmic than ever because, in the place of digital artifacting and noise, we have a finally tuned grain structure that fits with how the movie was made -- basically, because of all the optical printing, 'Dracula' is always going to be fairly grainy. Because of the finer grain structure, skin tones are also less blotchy, while black levels and colors are about even with the previous release (though less saturated and there still isn't much shadow detail to be found). 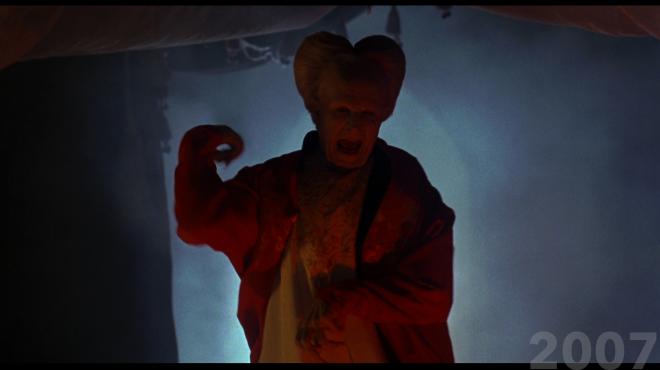 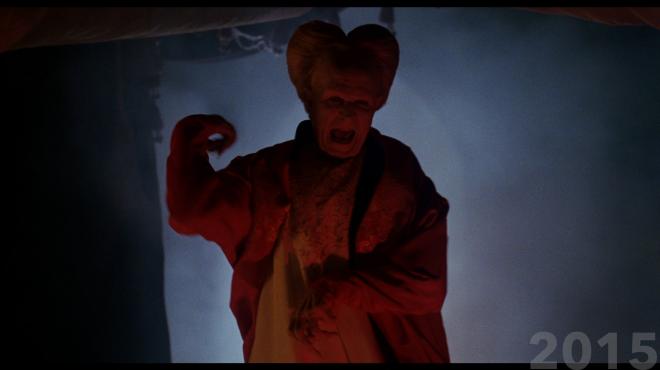 Another demonstrable benefit to the new release involves any high contrast or backlit sequences. In the 2007 version, banding would rear up, while 2015 edition transitions from light to dark in a more gradual and natural fashion.

So overall, this new 4K master does a lot of things right and boosts finer details and perceived resolution without any sort of digital enhancements.

But there are quibbles that might raise a few alarms. 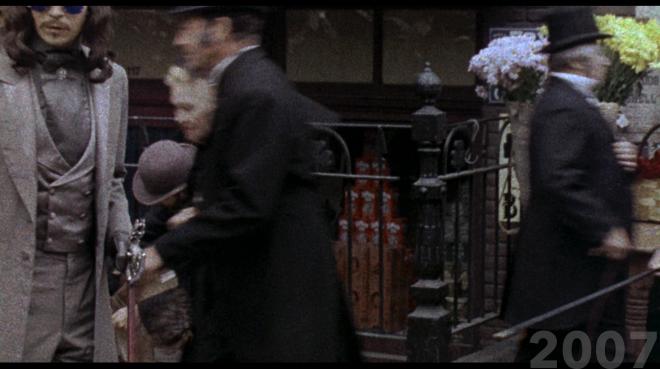 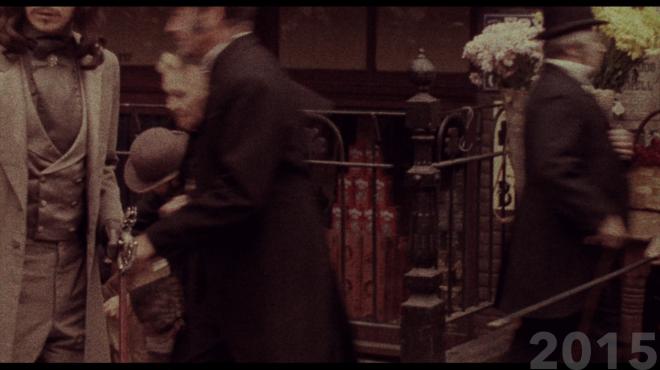 First, the entire film appears to have been reframed slightly up and to the left. Generally, this is impossible to notice (I missed it until I was grabbing screenshots), but there is one scene where Dracula walks down a London street, the one filmed using an older camera and film stock, and as he notices Mina, his glasses are cut off for a few frames.

Second, the 2007 white balance has shifted to a more yellow or sepia tone, or and, in a few night scenes, overt blue tinting has been replaced with more natural lighting (this is actually a good thing). Contrast and saturation appear to have been dropped a little, which I would argue is an improvement. The bold red and green colors might not pop anymore, but they're more lifelike. 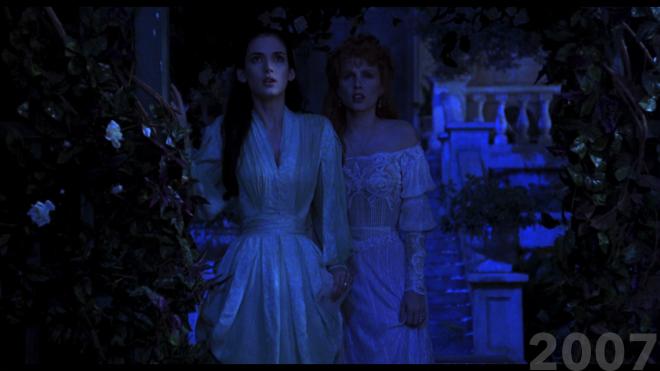 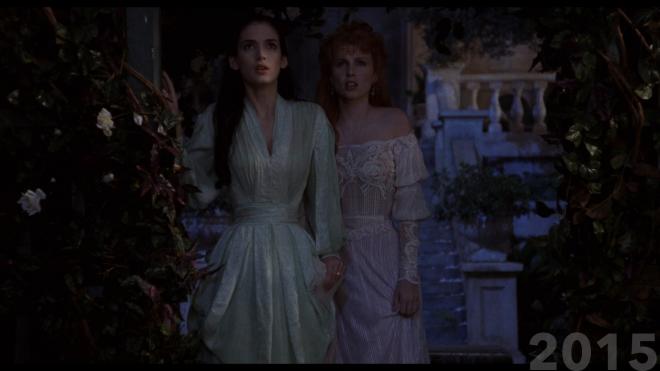 So, where does that leave the video score?

UPDATED: The original version of this review featured a 3.5 star video rating -- what should have been a 4.25 score for overall improvments and subtracting .75 stars for a combination of new framing and what possibly may have been incorrect color timing. However, a few readers have commented, based on our screen grabs, that this new master's color grading more resembles the original theatrical exibition (something I am not in a position to judge personally), which makes me very happy. Giving Sony and our readers' memories the benefit of the doubt on color, and since the re-framing is nearly invisible to anyone not doing a frame-by-frame comparison, I'd say this new master warrants a pretty solid 4.0 star raiting.

To sum things up, this new master is the best 'Bram Stoker's Dracula' has ever looked on home video, but there are a few moments that may have been compromised by new framing. (And on a personal note, I'd like to thank everyone for reading, weighing in, and helping me judge this new transfer as accurately as possible. Cheers!) 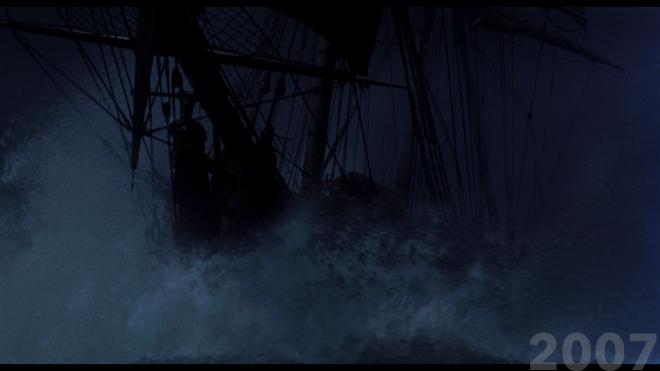 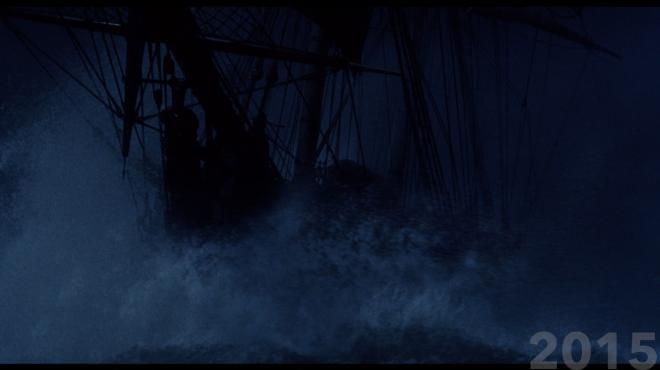 'Bram Stoker's Dracula' roars onto Blu-ray as the first catalogue title to be remixed in the state of the art Dolby Atmos format. For those without Atmos gear, the track is also Dolby TrueHD 7.1 compatible. English, French, and Spanish 5.1 Dolby Digital tracks have also been provided.

Unlike the video, which is a bit of a mixed bag, this Atmos track is an unquestionable upgrade right from the beginning. To be clear, it's not in the same league as 'Fury Road' or 'Gravity', but the new Atmos mix is, hands down, more immersive and involving than the previous 5.1 PCM track, and does this without sacrificing original intent. Slamming doors. Choral orchestrations. Crashing lightning. Bellows, moans, and roars. All of these things rise up above the audience. LFE levels are never monstrous, but this track plays loud and, yet, always leaves enough room for clear dialog. Hearing this track in Atmos reveals a lot of nuance both in the musical orchestration and the sound effects work, particularly in Dracula's castle and his surrounding lands.

This stunning upgrade is so dramatic that my wife, who knows the movie more than me, remarked that she had never heard it so clearly. And while I've been growing more and more fond of 5.1.2 -- it's much more effective than originally anticipated -- I'm looking forward to revisiting this title again shortly when I'm back up and running 7.1.4. 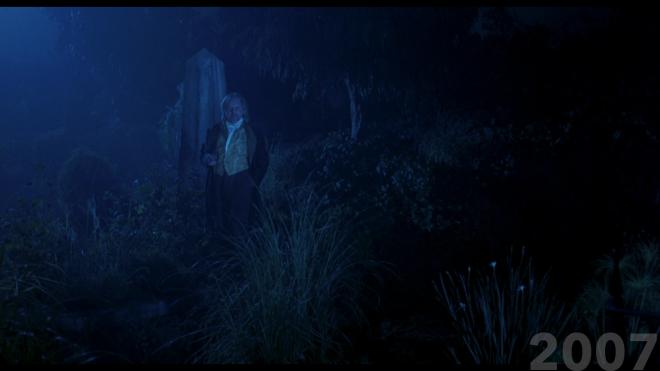 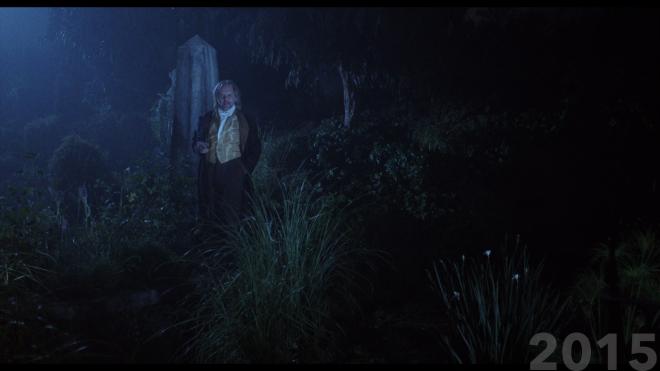 Sony has ported over all of the bonus materials from the previous Blu-ray save for some subtitle and language options for special features and commentaries. They've even added a commentary track that was originally produced for the 1993 laserdisc. The previous review covered these features in depth, so feel free to check that out again, but here's a list of bonus material seen on previous releases, many of which were up-rezzed to HD: 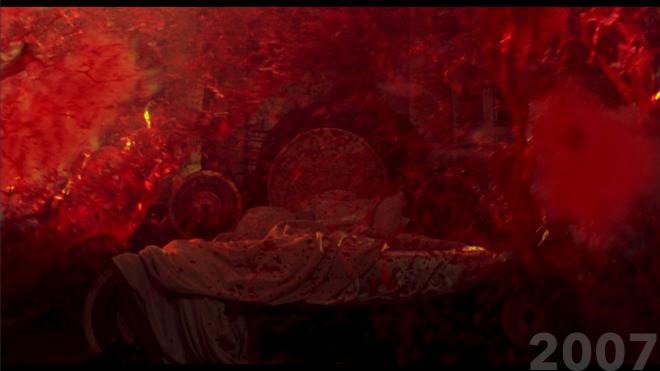 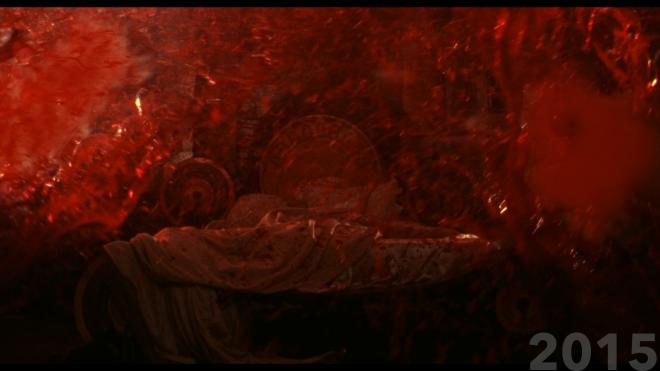 'Bram Stoker's Dracula' is one of Sony's premiere home entertainment titles for a reason -- it's an immensely watchable gothic, romantic, macabre melodrama that manages to be surprisingly faithful to one of the most important genre books ever written. It is also an exercise in hand-crafted filmmaking techniques that feel even more special today than they did upon the film's original release.

As a Blu-ray double-dip, it's a bit of a mixed bag. One one hand, we have notable improvements with the new 4K master (less errors and an expanded sense of depth), but there were some questionable changes made to color timing and framing. On the other hand, this release boasts a ton of special features and a stunning Dolby Atmos remix that elevates the experience above all previous releases (and many films from the early surround sound era).

If you're a fan of 'Bram Stoker's Dracula' this Supreme Cinema Series Limited Edition offers a lot of value for its sound and bonus materials, but given the the premium pricing for special packaging and a 24-page booklet, I'd say this specific release is Recommended. However, the one-disc Supreme Cinema Series version (in standard Blu-ray package) costs almost half price and still includes a Digital HD copy. Representing a better value, that version is Highly Recommended.

If you're concerned about how you might react to the video, or are that it's not worth the double dip because you're A) waiting for 4K OR B) not planning to get Dolby Atmos any time soon, you can probably hold off or maybe rent before purchasing.

Sale Price 19.95
Buy Now
3rd Party 12.5
In Stock.
See what people are saying about this story or others
See Comments in Forum
Previous Next
Pre-Orders
Tomorrow's latest releases