Nancy (Heather Langencamp) is having grisly nightmares. Meanwhile, her high-school friends, who are having the very same dreams, are being slaughtered in their sleep by the hideous fiend of their shared nightmares. When the police ignore her explanation, she herself must confront the killer in his shadowy realm.

Featuring John Saxon (Enter The Dragon) and Johnny Depp in his first starring role and mind-bending special effects, this horror classic gave birth to one of the most infamous undead villains in cinematic history... Freddy Krueger.

To this day, I still remember the first night I watched 'A Nightmare on Elm Street.' It had just been released on VHS, and my cousin rented it because I was spending the night at his house. With popcorn at the ready, all the lights off and laying on the floor close to the television set, our young adolescent minds were in utter shock at the violent display of teenage carnage. And like a frightened coward, I looked away during all the scary scenes. Unfortunately, my aunt's gaudy coffee table adorned with mirrors all around sat behind me, so every time I turned around, I still watched in horror as Freddy Krueger invaded the dreams of kids with a rusty glove of finger knives.

Growing up, only a few horror movies made me behave like such a scaredy-cat, and along with Michael Myers and the demon Pazuzu of 'The Exorcist,' the vengeful ghost of a child-murderer terrorizing the dreams of kids on Elm Street made me cower in fear of the boogeyman. As if his backstory weren't enough to creep out most viewers, his appearance is one which simply seeps into our memory banks and resides there permanently. Just as Tina (Amanda Wyss) and Nancy (Heather Langenkamp) found his image disturbing, the thought of a man with a burnt face wearing a grimy fedora hat and a torn red and green stripped sweater hiding in the shadows is pretty unsettling. Added to that, the weirdo also likes to make loud screeching sounds and has a hideously sinister laugh.

Of course watching the movie today, it doesn't exactly draw the same kind of reaction, but that may have more to do with the countless number of times it's been watched and not directly related to any faults within the film. 'Nightmare on Elm Street' still possesses a certain eeriness to it which makes it fun to watch and holds a great sense of nostalgia for a time when such flicks were original and fresh. Director Wes Craven cemented his name as master of horror and has since become recognized as a legendary filmmaker for originating one of the most iconic characters in the genre -- right up there with Dracula and Frankenstein. And if not for the absolutely, one-of-a-kind performance by Robert Englund, Freddy Krueger would not be the household name it is today.

While the successes of Carpenter's 'Halloween' and Cunningham's 'Friday the 13th' arguably opened the doors for Craven's vision to be realized, 'Nightmare' stood as a unique and terrifying revelation to the latest cliché-ridden craze sweeping low-budget horror -- sexually-promiscuous teens meet their demise in savagely gory fashion. Eventually spawning a franchise loved by many, the original not only used many of the same characteristics as previous movies but also expanded upon them by taking the dark, brooding psychopath into the one place we normally feel the safest -- our dreams. Equipped with a basis in reality and several other inspirations, Craven's 'Nightmare' furthermore brought some interesting features that make it stand out amongst others in the subgenre, revealing a smart and clever horror film.

'A Nightmare on Elm Street' introduced a supernatural element to the slasher formula with the killer stalking his adolescent victims in their nightmares, making it difficult for them -- and the audience -- to distinguish between dreams and reality. Rather than simply being a large, bulking mass of lunatic rage, Freddy brazenly toys with his prey and speaks to them with malicious and diabolical mockery. 'Nightmare' also shows weak relationships between parent and child, presenting teenagers from dysfunctional families. The film moreover takes the "Final Girl" epithet a step further in the Nancy character. Adding to the idea of being sexually unavailable, Nancy ups the ante by being skillfully resourceful and a clever survivalist. For me, these subtexts add to the film's appreciation and really make Craven's horror classic worth more than its violently gory parts.

Oh, and before anyone sends me any nasty comments for not mentioning this. Yes, 'A Nightmare on Elm Street' also features Johnny Depp's first acting role before becoming the hot-throb of '21 Jump Street.'

Of the hundreds of movies released during the golden age of slasher films, only a handful of notable figures survived the 1980s as lasting icons of the genre. And though they've become caricatures of their former, brutal selves, their names live on today as embodiments of all the things we demand in contemporary horror. Every year around Halloween, we celebrate these fictional characters by donning their faces and weirdly pretending to be just like them for one night. Wes Craven's 'A Nightmare on Elm Street' is one such film that has left a major impact and continues to be just as entertaining today as when I first watched it on my aunt's mirrored coffee table. 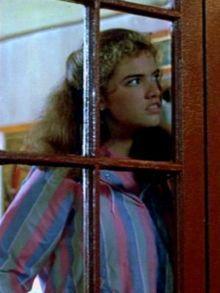 Warner brings 'A Nightmare on Elm Street' to Blu-ray with a strong and rejuvenated picture quality that looks far superior to previous renditions. Comparatively, this 1080p/VC-1 transfer (1.85:1) looks to have been taken from the same remaster job done for the 2-disc Infinifilm release in 2006, and it appears to be in fantastic shape as it shows a clear improvement. Contrast can be a tad hot in a few spots, but it's nothing that hinders the presentation and easy to overlook. Clarity and resolution are excellent for a 25-year-old print. Some scenes seem somewhat dated as would be expected, but for the most part, the image is crisp and very well-detailed. You can make out all the rust and defects in Freddy's signature glove, and the faint freckles on the faces of Langenkamp and Wyss are clearly visible. Colors are vibrant and cleanly rendered. Primaries appear boosted to some extent, but at least, they're not obnoxiously so. Black levels, which are important to the film's overall effect, are intense and mostly accurate while shadow details are evident and discernible in even the dungiest scenes.

One issue worth mentioning is some minor moiré effects noticeable in Nancy's blue sweater at the end of the movie. Other than that, this really is the best Freddy Krueger has ever looked on home video.

The Wes Craven horror classic also breaks free from the dream world with a very good DTS-HD Master Audio soundtrack, which is a nice improvement on the two-disc special edition. Dialogue reproduction is well-prioritized and never drowned out by some the design's louder parts. The rest of the soundstage displays a very enjoyable and wide stereo presentation with clean imaging and room-penetrating dynamics. The mid-range did show some trouble with the higher frequencies in the synthesizer sounds, but overall, it holds up well during most of the action sequences. Low bass doesn't make a really strong presence, but it is responsive in those scenes requiring it. A few scattered ambient effects are employed in the rears, convincingly enhancing the soundfield and add a bit of immersion to the lossless mix. The real showstopper comes from the iconic musical score that reaches into the background and envelopes the listener, creating a very effective and satisfying atmosphere of chills. In the end, 'A Nightmare on Elm Street' is a pleasant audio surprise on Blu-ray.

For this Blu-ray edition of 'A Nightmare on Elm Street,' Warner/New Line has ported over the same set of special features found on the two-disc Infinifilm release of 2006. Only things missing are the Freddy's Coming for You trivia challenge and DVD-ROM bonus material. The featurettes and commentary tracks are nothing to complain, but it would have been nice to have something completely original for previous owners to make the upgrade really significant. 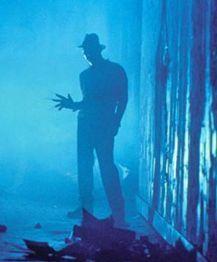 Wes Craven's 'A Nightmare on Elm Street' was a terrifying horror feature that introduced the world to the iconic face of Freddy Krueger. Though it doesn't deliver the same kind of frights as it once did, the film continues to entertain in a stylish, visionary manner and offers a narrative with substance. The box-office hit at the time is today a celebrated feature of humor, spooky tone, and smarts. This Blu-ray edition of the Freddy classic delivers a terrific audio/video presentation and a strong collection of supplements though none are new. Genre fans will be greatly pleased with the purchase and others are recommended to give it a spin for a scary Friday night.

Sale Price 7.43
List Price 14.97
Buy Now
3rd Party 2.99
In Stock.
See what people are saying about this story or others
See Comments in Forum
Previous Next
Pre-Orders
Tomorrow's latest releases