Picking up the story three years after Mike (played by Channing Tatum) bowed out of the stripper life at the top of his game, Magic Mike XXL finds the remaining Kings of Tampa likewise ready to throw in the towel. But they want to do it their way: burning down the house in one last blow-out performance in Myrtle Beach, and with legendary headliner Magic Mike sharing the spotlight with them. On the road to their final show, with whistle stops in Jacksonville and Savannah to renew old acquaintances and make new friends, Mike and the guys learn some new moves and shake off the past in surprising ways. 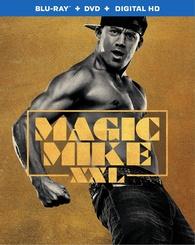 'Magic Mike XXL' is intoxicatingly strange. A unique construction of something that most certainly isn't a conventional summer blockbuster. It has the feeling of an elaborate prank being played on the summer blockbuster season (it was released in theaters during the Fourth of July weekend). By packaging what is essentially an art house film with a mumblecore soul with sex appeal and star power, the sequel to 'Magic Mike' feels utterly subversive.

While the 'Magic Mike' helm wasn't completely captained by the venerable Steven Soderbergh this time around, it is shot and edited by him. The visual style and panache is signature Soderbergh. The trailers lead you to believe that you're in for a shinier, oilier version of the first film, when in reality – at least visually – Soderbergh still retains his personal aesthetic. You wouldn't think a movie about male strippers road tripping to a stripper convention would be full of artistic imagery and that's why Soderbergh is a special kind of artist. Somehow he turns these meathead man-babies into a semi-thoughtful art project. His keen eye juxtaposed against the backdrop of such a ludicrous plot line feels like the biggest cinematic prank of all time.

When the first 'Magic Mike' – another art flick sold as popcorn entertainment on the abs of Channing Tatum – scored big at the box office you'd think that its sequel would try to expand every bankable aspect especially in the ever-expanding universe of studio sequels. Frankly, you'd expect it to sell out. To take the popular aspects (toned oiled up dudes sexily gyrating to a hoppin' soundtrack) and jettison the artsy stuff that many found boring (just about everything else). Except, somehow 'Magic Mike XXL' doubles down on the quirky art-house style and molasses-paced narrative, emerging from the other side as a confounding – dare I say satisfying – cinematic experience.

On the one hand you have Soderbergh's visual artistry, which should rightly be placed alongside Hollywood's true visionaries. He creates art out of some of the most banal scenery (the 'Magic Mike' movies are examples 1A and 1B). His editing prowess allows a plodding narrative like this to keep its slow-building momentum snowballing until the final sequence – which is a doozy. Yet, on the other hand you're handed a group of male bimbos who have admirable aspirations to do something more with their collective lives, but are hopelessly stuck in eternal arrested development.

Not one character receives a memorable arc. The plot is thin at best: road trippin' through Florida to a stripper convention meeting folks along the way. But, what we're left with is a string of gleefully understated celebrity cameos (one which left me thinking, "Huh, wonder how they got Michael Strahan to agree to do that"), Channing Tatum repeatedly being asked to remove his shirt, and stripper routines that increase in level of difficultly exponentially as time passes.

The audacity attached to 'Magic Mike XXL' is certain. It's a brazen attempt to sell an art film as a blockbuster franchise. Is it a comment on just how much sex does sell? Although, If that's the case – considering that this is a movie about strippers – the expected nudity is non-existent. Is it Soderbergh playing around in a sandbox to see just how much he can get away with, in regards to auteurism? Or is it simply a better-made R-rated 'Step up' clone? Whatever it is 'Magic Mike XXL' remains a delightful conundrum. It's a movie that doesn't even sport a general movie formula even though it's set up from the outset as a formulaic road trip movie.

It's certainly a curious experience. An artistic endeavor, released in the heart of the summer movie season, billed as a franchise blockbuster sequel, featuring a cast of vapid characters that do nothing but dance sexily, and still there's something intriguing about it. Perhaps I'm a sucker for a wonderfully shot film no matter the subject. Or maybe the joke's on me.

This two-disc set from Warner Bros. comes with a 50GB Blu-ray and a DVD copy of the film. Plus there is an UltraViolet Digital Copy code included. A slipcover is provided also. 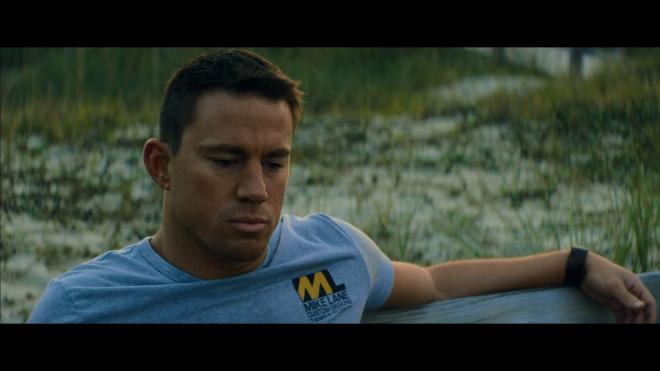 The star of the film – besides Channing Tatum's abs – is Soderbergh's cinematography. So, it's with great pleasure that I announce Warner's 1080p presentation of 'Magic Mike XXL' is great, bordering on perfection. Though, you wouldn't expect anything less from a recently released film anyway.

Filmed digitally, but it doesn't look it. Clarity is clean and consistent. Detail is, from start to finish, wonderfully rendered. Every chiseled muscle and popping vein is visible. Contrast and saturation on are point, even though some might quibble about Soderbergh's usage of various filters. Colors tend toward the yellow end of the spectrum during nighttime scenes, whereas daytime there's a small blue tinge.

Black areas are well delineated. Often times with digitally filmed movies it's the black spaces that harbor noise if there is any. There's none of that here. Aliasing, banding, and all other digital anomalies are kept at bay. Great cinematography paired with an equally capable high-def presentation. 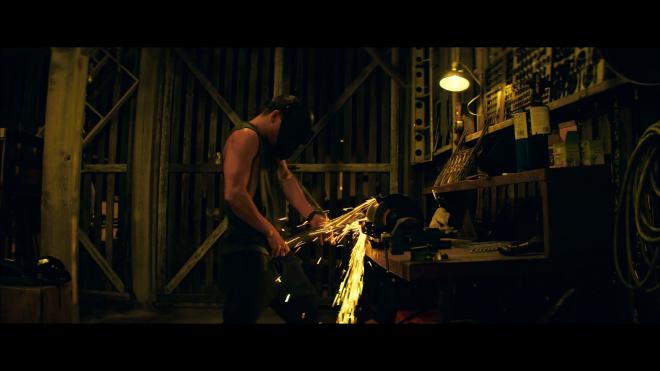 One would anticipate that the bass-laden hip-hop soundtrack would provide more than enough room-shaking sound. With this 5.1 DTS-HD Master Audio mix you'd be right. This mix has the feeling of being in the middle of a raucous club.

The thundering LFE output is intense. This is certainly a mix to use while showing off what your sub-woofer is capable of. Surrounds are alive also as giddy women whoop and holler. Whistling, clapping, and shouting as the various men remove their clothing is piped through the rear channels with a startling clarity.

Up front the dialogue is crisp. Directionality is on point, and it should be considering that there are numerous scenes where more than one person is talking at the same time. Prioritization of the most important dialogue works well too. 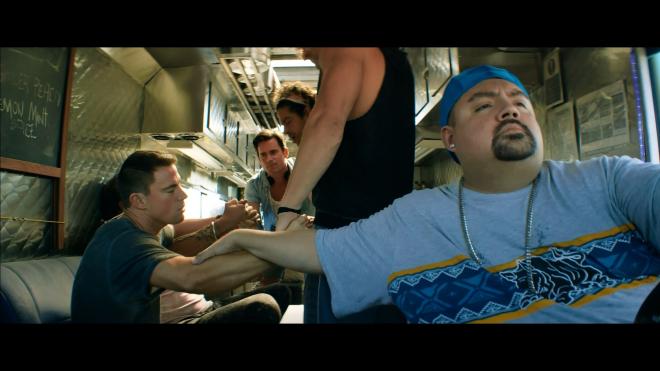 Extended Malik Dance Scene (HD, 4 min.) – Stephen Boss, who plays Malik in the film, gets an extended scene here showing off more of his moves.

Georgia (HD, 2 min.) – A "what it's like filming in Georgia" featurette. Nothing much, but the Georgia chamber of commerce might be proud of it. 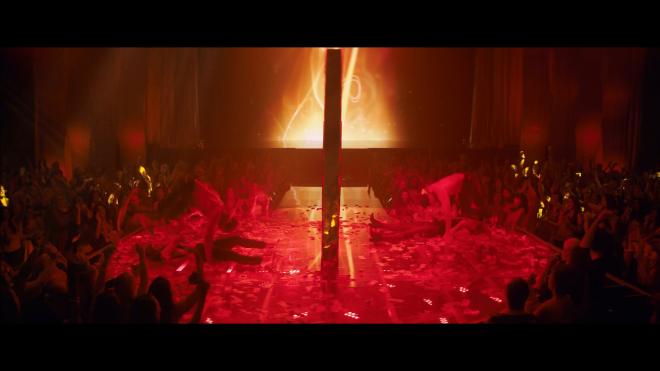 What a strange film. Without the photographic acumen of Soderbergh 'Magic Mike XXL' doesn't even come close to being the movie it ends up becoming. Its subversive nature and off-balance humor work in tandem to provide a unique movie-watching experience. With great video and bumping audio 'Magic Mike XXL' is, surprisingly, recommended.

Sale Price 5.9
List Price 9.97
Buy Now
3rd Party 1.91
In Stock.
See what people are saying about this story or others
See Comments in Forum
Previous Next
Pre-Orders
Tomorrow's latest releases