As OUTLANDER continues, Claire and Jamie’s relationship is tested by ruthless Redcoats, volatile clan politics, and a brutal witch trial, which force Jamie and Claire to escape to a new home. Just when their life as a married couple begins to take shape, Jamie is once again drawn into Captain Randall’s darkness. Ultimately, Claire discovers there is a fate worse than death as she struggles to save Jamie’s heart, as well as his soul. 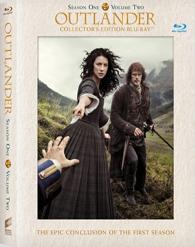 When I reviewed the first volume of Season One of 'Outlander', I made a point of noting it was unfair to judge the season as a whole by only viewing half of it. The first eight episodes of the show spend a lot of time 'world building' and introducing the various characters – often with stretches of annoying exposition (particularly in the pilot episode). However, now that 'Outlander' has introduced us to its principals, it can develop them in deeper and richer ways. That's what the second half of Season One does, and – as a result – these last eight episodes felt much richer and much more entertaining than the first eight.

Of course, it's impossible to discuss some of the events of these episodes without giving spoilers away from the first part of the season, so if you haven't watched those yet, you're strongly encouraged not to read further. For those of you still with us, rest assured in knowing that the Episode 8 cliffhanger is resolved in Episode 9, although the repercussions of the events will be felt throughout the remainder of Season One.

After spending the first eight episodes viewing things from Claire's (Caitriona Balfe) point of view (including character voice-overs), the series returns with an episode from Jamie's (Sam Heughan) perspective, as he mounts a rescue attempt after Claire has been captured by the dastardly redcoat 'Black Jack' Randall (Tobias Menzies). It's probably not giving too much away to say that Jamie manages to free her from her captor, but this first episode of this set has a lot of fun with the results – as Claire and Jamie, who are now husband and wife, go through a series of marital issues and fights – with Claire trying to enlighten him on how a woman should be properly treated in a relationship.

Viewers knew that eventually Claire's 20th century medical knowledge would lead to suspicion and trouble, so it's perhaps no surprise that she gets put on trial in these episodes for witchcraft, although the circumstances that lead to her arrest and the result of her trial I won't spoil. We also learn in these episodes that Claire is not the only person who has travelled through time…but again, I won't spoil the reveal of what character it is, only to say it's someone viewers are familiar with from the first half of this season.

This second half of Season One also finally has Claire telling the truth about her background to Jaime, although those hoping to find out more about what her 'original' husband Frank (also played by Menzies) is up to back in 1945 won't get any answers in these eight episodes. Instead, more focus is on the character of Jamie, as he gets captured and imprisoned by the British, and has to make a disgusting deal for his freedom to get out of the clutches (quite literally, as viewers will see) of 'Black Jack' Randall. The season doesn't end quite so much on a cliffhanger as it does on the promise of an exciting shift of locale for the upcoming Season Two, although Claire does have one more (this one perhaps not a shock at all) secret to tell Jaime before all is said and done.

While, like my comments in the Volume One review, I still think this show can be manipulative in the way it favors the character of Jamie over the character of Frank (even more so in these eight episodes), I'll confess to being sucked into its story and anxious to find out where it goes next. I didn't like the first volume enough to recommend picking it up, but after seeing the entire season, I now think it's worth buying as a whole. I still recommend renting or tracking it down on Starz (or an online service or app that carries Starz releases) first to make sure it's something one would enjoy, but I also recommend watching more than a few episodes before making a judgement. 'Outlander' is a show that started out slow but grew into something worthwhile. Let's just hope the momentum can continue into the next season of the series.

This special Collector's Edition release of 'Outlander: Season One Volume Two' is specifically designed to fit inside of the Season One Volume One packaging, so even though this release comes with a slipcover overtop of its digibook, most will be discarding that and putting both the digibook and the lenticular (which is shrink-wrapped overtop of the digibook) inside the previous packaging (which had a spaced designated for it).

The design of the digibook is the same as Volume One, with the exception of course that the cover now matches the image of this set's lenticular and the 36-page booklet inside (the packaging says 32, but it depends on how you count the pages – I'm including each side of the front and back pages in the count) covers the eight episodes on this set in the same way Volume One covered the first eight (with photos and quotations from the episodes). The two 50GB discs are held on a plastic hub on the inside back cover of the digibook in a design that matches Volume One, with the first disc in the set partially overlapping the second, without touching it (the bottom hub is lower than the top). The digibook contains a pair of inserts: one with a code for digital UltraViolet versions of the episodes on this set (which also includes a $5.99 movie offer on the flip side for various Sony titles); and one that's a two-fold (similar to what was in the Volume One release) advertising 'Outlander' merchandise, the books, the soundtrack, and a page promoting the Season Two return in 2016.

There are no front-loaded trailers on either disc, whose main menu matches the image of the digibook, with menu selections running across the bottom of the screen.

Note: In addition to this Collector's Edition, Sony has also released a more affordable standard edition, where the same discs and UltraViolet code are packaged inside a standard keepcase with a slipcover. 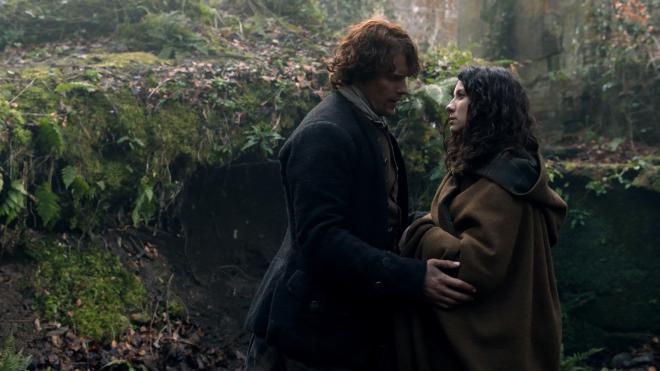 Note: Since the video of this second volume of Season 1 is identical to the first volume in terms of quality, instead of coming up with new ways of saying the exact same thing, I just copied over my text from the Vol. 1 review.

Each episode of 'Outlander' was shot digitally on Arri Alexa Plus cameras and is presented on Blu-ray in its television aspect ratio of 1.78:1. As with most TV shows shot on the digital format and, in particular, most TV shows which Sony handles the home video release of, 'Outlander' looks pretty great in HD.

Details here are wonderful, with natural-looking facial features and consistent contrast throughout. Black levels are pretty strong here, although it's hard not for some crush to creep in, considering half the scenes in this series are shot in dark, candle-lit rooms. For the most part, however, viewers should have no problem making out and distinguishing backgrounds.

I didn't see any noticeable issues with aliasing, banding, or any other frequent video glitches that sometimes occur on Blu-ray releases. These are really nice transfers of the episodes, and fans of the series should be quite pleased with what they get here.

Note: Like the video, the audio quality here (as well as the track and subtitle options, with the exception of the podcasts – detailed in the bonus section below) is identical to the Vol. 1 release, so once again I've just provided the same review text I used last time around, as the aural experience is the same.

The only available audio option for each of the eight episodes on these two discs are English 5.1 DTS-HD Master Audio tracks, that match the video quality in terms of impressiveness. While there is some action sprinkled across these entries, for the most part, 'Outlander' is primarily a character-driven drama, which means it relies more on characters talking to each other than engaging in various forms of fisticuffs, swordplay, or gunfire.

The audio provides distinct, crisp sound without ever being overbearing or improperly mixed. Dialogue is crisp and clear, and there's a nice feeling of immersion to each track, although use of directionality and/or noticeable LFE is rare. The bottom line here is that this is nicely rendered lossless audio, with no hint of muddiness or other glitches.

In addition to the lossless track, subtitles are available in English SDH, English, and French. 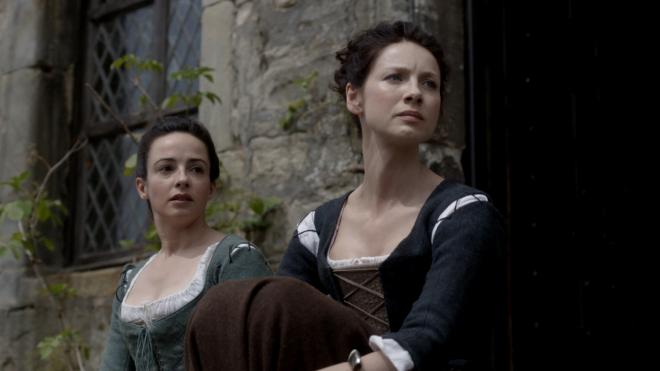 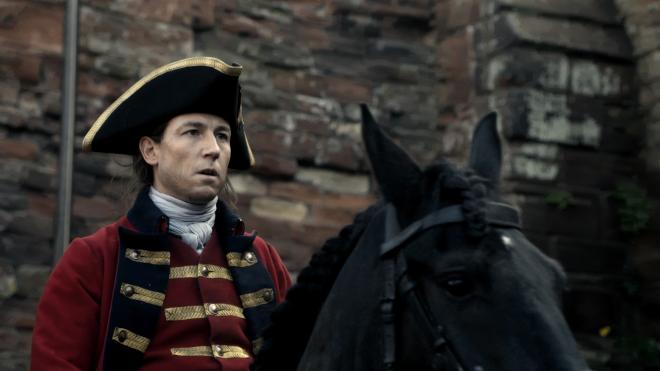 Although I thought the first eight episodes of this divided first season contained a lot of exposition and manipulation of the viewer, I'll confess to becoming drawn into the story during this second set of episodes, as much more character development takes place this time around and the series has moved beyond its basic 'set up' phase. I'm now changing my view of the show from one that's 'just worth a look' to one that actually recommends picking it up and making it part of one's collection.

Sale Price 9.97
List Price 55.99
Buy Now
3rd Party 99.99
In Stock.
See what people are saying about this story or others
See Comments in Forum
Previous Next
Pre-Orders
Tomorrow's latest releases