Valerie and Her Week of Wonders

A girl on the verge of womanhood finds herself in a sensual fantasyland of vampires, witchcraft, and other threats in this eerie and mystical movie daydream. 'Valerie and Her Week of Wonders' serves up an endlessly looping, nonlinear fairy tale, set in a quasi-medieval landscape. Ravishingly shot, enchantingly scored, and spilling over with surreal fancies, this enticing phantasmagoria from director Jaromil Jireš is among the most beautiful oddities of the Czechoslovak New Wave.

Czech New Wave probably isn't a filmmaking category most people are familiar with, but if you were on the prowl for a film that fits the term to a tee, you would do well to familiarize yourself with Jaromil Jires' 1970 sex-filled supernatural fantasy, 'Valerie and Her Week of Wonders.'

Jires presents a looping vision that feels like the byproduct of Lewis Carroll going on a weeklong absinthe bender with Bram Stoker. Not so much timeless as existing entirely outside of any time in particular, the film follows the dreamlike exploits of Valerie (Jaroslava Schallerová), a young girl on the verge of womanhood, a resident of a strange village controlled by a white-faced vampire wearing what looks like novelty hillbilly teeth. The teen spends her days lolling about in gazebos and pools of water, playing with a pair of pearl earrings and engaging in nebulous conversations with her gaunt grandmother and a local boy by the name of Eagle, with whom she shares a tacit and yet chaste love affair.

To try and discern a concrete plot would be a disservice to the film. The nonlinear structure simply doesn't allow for much in the way of a straightforward narrative. Besides, 'Valerie and Her Week of Wonders' is far more interested in presenting a gauzy trip into a hallucinatory experience; it is all feeling, atmosphere, and mood. It is a delicate combination of sensuality and anxiety, layered over a bed of surrealism.

Watching the film now, the age of its young star is certainly unnerving. This problem is exacerbated by the fact that nearly everyone in the village sexualizes Valerie in one fashion or another. Early on, Valerie makes the transition into womanhood, as denoted by the not-so-subtle image on the film's packaging. From there, the young woman is put through a strange process of maturation, finding out the truth about her family and those she loves. 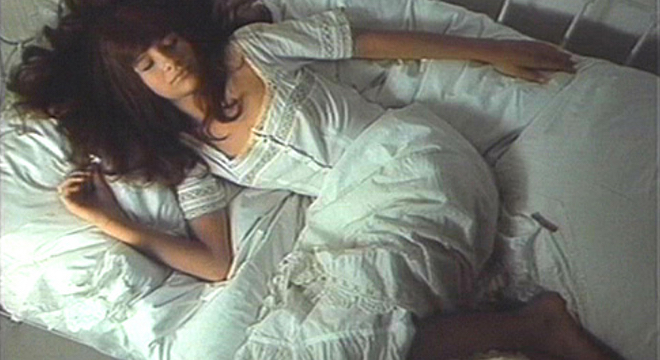 After receiving a letter written in what looks to be multi-colored crayon, Valerie attends a church service presided over by none other than the strange-looking vampire stalking the town. The service is to honor or perhaps point out all of the town's virgins, again putting extraordinary emphasis on the young women's burgeoning sexuality and how it is so coveted by the men around them. One particularly disturbing scene has the town's priest, Gracian, come into Valerie's bedroom at night while she is disrobed and attempt to have sex with her. Although she is able to fight the man off, with the help of one of her magic pearl earrings (that's right, her earrings have undisclosed magical properties), the presence of his assault lingers throughout the entire film.

Jires layers the hallucinatory trip with a pervasive sense of betrayal and conspiracy. During her wild week of wonders, Valerie encounters as many odd locations from which to observe the strange behavior of others as she does strange people observing her. To complicate matters, Valerie's own family history – none of which is ever explained beforehand – is obfuscated when her grandmother tells her she and Eagle share a father. This is quite disconcerting to the young woman as not only was she saving herself for Eagle, but his father is also the strange creature stalking the town. But her grandmother's claims are made questionable when it's revealed her old lover has a connection to the monster as well.

As the deceptions deepen and the film's illusory flourishes become greater, the narrative becomes less and less discernable. Although only 79 minutes in length, the story drags considerably in the middle, with a bizarre digression that sees Valerie sharing the bed of her newly wedded neighbor, before she too is set upon by the strange vampires that seem to populate the town, but no one ever talks about. That detour affords Jires a chance to explore the notion of sexuality again, but in a completely different setting. Here, Valerie is free from the burden of her grandmother's questionable motives and of Eagle's insistence that they do not share a father. And yet, the vampires still persist; they are able to encroach on every relationship Valerie forms, whether it is with family or a potential lover.

There is no overt mention of social mores in Valerie's village, and in fact the virginity-celebrating sermon in the first half is one of the only concrete examples Jires offers in terms of the way sexuality is viewed in this strange, slightly anachronistic setting. It is here that the film's use of the supernatural begins to suggest an idea beyond merely fulfilling some sort of genre expectation or augmenting the dreamlike setting with otherworldly creatures capable of both menace and seduction.

And yet nothing in 'Valerie and Her Week of Wonders' ever really suggests true menace or seduction. The film is a sensory experience, but a cursory one; it never lingers on any one idea or impression long enough for it to feel like a true exploration of sensation. Instead, the film is about the threat of pending emotional sensations and the burden that comes from carrying them as one walks through the liminal state of no longer being a child and not yet being considered an adult. As far as journeys through that indeterminate state of being are concerned, Jires' film is as weird, unsettling, and ephemeral as growing up actually is. 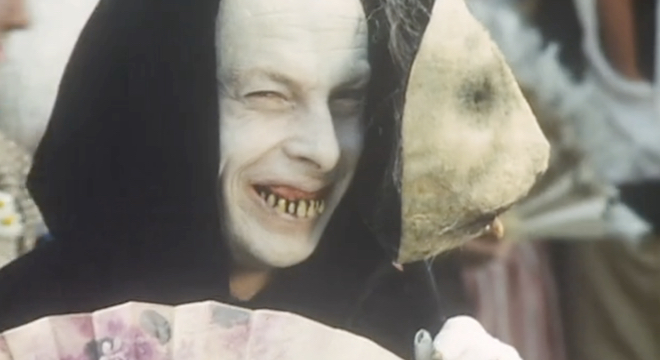 'Valerie and her Week of Wonders' comes from Criterion as a single 50GB Blu-ray disc with spine numbered 761. Along with the disc there is a foldout insert containing an essay by film critic Jana Prikryl.

The film has been given a marvelous 4K digital restoration that gives the otherwise gauzy texture of the film enough of an upgrade that some fine detail is present throughout. Additionally, the film is steady from start to finish, without any hint of stuttering or screen flicker, and the image is free of speck, scratches, or other artifacts that might otherwise mar the presentation.

Fine facial features are present in close-up, and less so in wider shots. The image mostly succeeds at presenting solid details in textures on clothing and various objects in the setting and background. Images of characters in the forest or pools of water are terrific examples of this. Some of the image may seem lessened by the presence of some grain, but it actually enhances the experience, as it denotes the film's age and showcases how good the image still looks.

Contrast is high during darker scenes. Shadow delineation is excellent, ranging from light gray to full-bodied blacks that are free from crush. Dark backgrounds accentuate edges around objects and performers, and never overwhelm the detail. White balance is a different matter, as some scenes look deliberately blown out to a certain degree. This enhances the dreamlike nature of the film, and is used sparingly.

Otherwise, this is a very nice looking transfer.

Presented with an uncompressed monaural track that delivers clear dialogue and some impressive-sounding effects, the audio here is primarily concerned with the presentation of the score by Lubos Fiser and Jan Klusák. The lossless track delivers a rich listening experience that manages to balance the needs of the score with the film's dialogue, without sacrificing the quality of either. There are a few interesting touches, when it comes to sound effects being added to the mix. Surprisingly, these add to the depth of the audio, despite sounding a little anemic at times.

Overall, the audio does a splendid job of highlighting the most important features of the film.

This is a collection of early short films by Jaromil Jires that showcase glimmers of what would become the director's unusual stylistic form.

Resurrecting the Avant-Garde (HD, 16 min.) - This supplement is an interview conducted in 2015 with film historian Peter Hames, who wrote a book on Czech cinema. In it, Hames attempts to unravel the surreal mysteries of the film.

Jan Klusák (SD, 6 min.) - Another interview with an actor from the film by the same man who interviewed Shcallerová. Here Klusák also recounts his time making this strange film.

The Valerie Project Score - Here a Philadelphia-based ensemble created an alternate score for the film.

'Valerie and Her Week of Wonders' is a film that defies classification, and it almost defies description. One would be hard pressed to describe the film in under two sentences and have it make any sense. Still, despite its indescribable nature, the movie is a stylish treat that is oftentimes gorgeous to look at and a rare treat for anyone looking to appreciate an avant-garde classic. With a fantastic image, good sound, and some fascinating extras, this is definitely recommended.

Sale Price 21.08
List Price 39.95
Buy Now
3rd Party 25.75
In Stock.
See what people are saying about this story or others
See Comments in Forum
Previous Next
Pre-Orders
Tomorrow's latest releases