Stay As You Are

STAY AS YOU ARE (original title COSI COME SEI) was the first major film for Nastassja Kinski, one year before her breakthrough with Polanski's Tess. Cult Epics is proud to present for the first time ever on Blu-ray STAY AS YOU ARE, an unforgettable classic.

How do you spice up your average May-December romance story about an older Italian man and his soon-to-be much younger lover? Why you throw in the variable of her potentially being his daughter, of course. That is the premise behind 'Stay As You Are' – also known by the clumsier title 'Stay The Way You Are' or the Italian 'Così come sei' – directed by Alberto Lattuada in 1978.

The film stars screen legend Marcello Mastrioanni and Nastassja Kinski as the nascent lovers, who meet quite by accident and strike up an almost instantaneously flirtatious relationship. Mastrioanni plays Giulio Marengo, an architect who never seems to work and is trapped in a marriage he's clearly itching to escape from, especially after he finds out his young daughter from that marriage, Ilaria (Barbara De Rossi), is pregnant out of wedlock. Naturally, Giulio finds escape in Francesca (Kinski), a lithe, flaxen-haired free spirit, who inexplicably takes a strong liking to the older man.

After a few semi-chaste encounters with Francesca (and one incident in which her roommate strips naked in front of him while he waits for her to return), Giulio is told by an old friend that the object of his affection is the daughter of one of his former lovers, a woman he stopped seeing quite suddenly twenty years prior. Naturally, no one knows who Francesca's father is, and her mother has since passed away. The information sends Guilio on a quest to discover the identity of the young woman's father, while at the same time keeping close tabs on her – you know, just in case things go his way and Guilio hears the four words every guest on Maury Povich is praying to God he'll be hearing.

The script bounces back and forth between Rome, where Guilio and his family reside, and Florence, where Francesca and her sexually liberated roommate share a small apartment. And yet, despite the supposed detail that goes into both characters' lives (or the location of their lives) it feels as though neither one has much of a life outside of potentially falling into bed with one another. It is one thing to suggest that two people feel a passion for each other that is so strong everything else falls by the wayside; it is another thing entirely for the film to fail in presenting the sense that either Guilio or Francesca live in anything other than a vacuum. 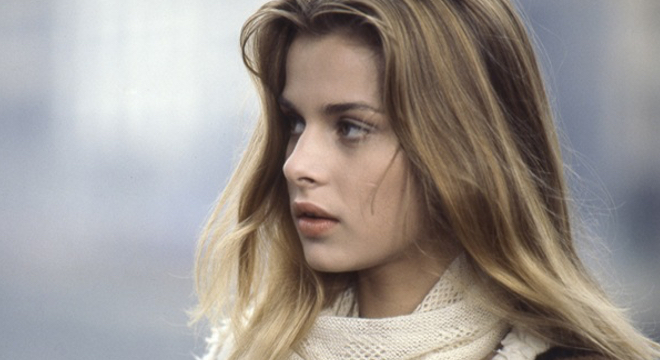 Therein lies the main problem with 'Stay As You Are': As potentially challenging as the material is, it never lives up to its own premise. Instead, it spends most of its time limply skirting around the trickiness of its conceit, having Guilio halfheartedly play detective just long enough to convince the audience he's not ruled entirely by lasciviousness.

But it's not the audience who needs convincing it seems; it's the filmmaker and his actors. The script wants to be daring and controversial, but in order to do that it would have to tackle the notion head-on; it would have to wrestle with the ethics and splash around in the murky gray waters it so gleefully jumped into headfirst by introducing the potential for something as taboo as incest.

But, like its lead character, the film wants to have its cake and eat it too. Lattuada attempts to paint the story as both a tale of forbidden love and simply a tale of passion and unbridled romance. Unfortunately, the script cannot reconcile the two, and one of them – the all-important one – all but falls by the wayside. Instead of exploring the myriad questions swirling around the mere notion of what is going on, or to attempt to validate it in some way, the narrative begins to act as though the question is simply no longer there.

Again, this presents an interesting dilemma: Is it the film trying to work around the issue, or the characters? If it were the latter, the film might benefit from some discussion or recognition of how ignorance is bliss – especially when it comes to leaving your wife for a much younger woman who may or may not be the product of a failed love affair two decades prior. Instead, all it takes is a simple "I don't care" and Guilio and Francesca are off to the races.

What transpires next is a rapid-fire succession of tepid erotica steeped in the lingering fog of uncertainty that everyone pretends they cannot see. There is value in subtlety and nuance, especially when navigating such tumultuous waters as this story is attempting to navigate. But there is also value in addressing matters beyond mere provocation or the degree in which the matter at hand is forbidden. There is complexity here that needs to be examined – not necessarily answered, but looked at with more emphasis than a mere "what if?" And sadly, 'Stay As You Are' is more concerned with getting itself to a point where moving past the line it has set for itself is less a possibility and more of a certainty.

Throw in a series of overt examples of Guilio being out of touch, and Mastroianni being reduced to a shrugging middle-aged man with a sheepish grin on his face, and you have a perfect recipe for a lukewarm romance that has the nerve to ask big questions, but no resolve to follow through with them.

'Stay As You Are' comes from Cult Epics as a single 25GB Blu-ray disc in the standard keepcase. The film does not have any previews ahead of the top menu. At the menu, you can choose the English dubbed version or original Italian. Humorously, the English subtitles on the Italian audio are filled with a myriad of typos and other errors.

The image on 'Stay As You Are' looks as though it was transferred directly from a VHS copy of the film someone had lying around. The image is occasionally detailed, but mostly it looks soft and is filled with a substantial amount of scratches and dust that mar the already substandard picture. There is also a tendency for the image to produce a rainbow effect on areas where fine detail is present.

Color is mostly flat, as the film's palate is comprised mostly of browns and yellows. Normally, this would stand out and give the image a feeling of warmth, but here it all melts into a mellow sameness. Contrast is fine for the most part, though the image never truly achieves a deep, rich black. Whites are handled better, as the picture doesn’t look blown out.

Overall, the image here is as disappointing as the subtitles. There was simply no effort put forth in making this transfer.

The Dolby Digital 2.0 soundtrack is fine for the most part. Generally, it plays up the dialogue quite well, although certain scenes can sound a little tinny. Mostly, though, the audio is concerned with the soundtrack (which is also available to listen to as the disc's only special feature). The music is presented evenly and it oftentimes achieves a surprising amount of depth, though it does have trouble balancing with the dialogue at times.

There are a few sound effects here and there, but none of them are remarkable in any way. They don't necessarily sound bad, either. Instead, the audio here is merely passable. It does its job, but doesn't go any further than that.

Original Motion Picture Soundtrack – You can listen to the film's soundtrack one track at a time, like a CD.

'Stay As You Are' dares to go someplace controversial and challenging, but it fails to address the aspects that make it such with any kind of actual conviction. The end result feels like provocation of the worst kind. Added to the fact that Mastroianni and Kinksi deliver unenthusiastic performances, the film is further reduced to baiting, rather than a valid exploration of moral complexity. With its ridiculously bad image and merely adequate sound, this one can be skipped.

Sale Price 22.99
List Price 29.95
Buy Now
3rd Party 19.98
In Stock.
See what people are saying about this story or others
See Comments in Forum
Previous Next
Pre-Orders
Tomorrow's latest releases