I Am Legend (Ultimate Collector's Edition)

Overview - The last man on earth is not alone. Will Smith portrays that lone survivor in I Am Legend, the action epic fusing heart-pounding excitement with a mind-blowing vision of a desolated Manhattan. Somehow immune to an unstoppable, incurable virus, military virologist Robert Neville (Smith) is now the last human survivor in New York City and maybe the world. But he is not alone. Mutant plague victims lurk in the shadows watching Neville's every move and waiting for him to make a fatal mistake. Perhaps mankind’s last, best hope, Neville is driven by only one remaining mission: to find an antidote using his own immune blood. But he knows he is outnumbered and quickly running out of time.
OVERALL
Worth a Look

Richard Matheson's 1954 science fiction classic 'I Am Legend' has endured one of the most torturous cinematic gestations of any novel in memory. The story has been adapted twice before (first as "The Last Man on Earth' in 1964, then as 1971's campy 'The Omega Man,' starring Charleton Heston), but neither version was particularly successful, as both departed greatly from Matheson's original story. Although a long-rumored "faithful" update of 'I Am Legend' percolated in the decades that followed (with everyone from Tom Cruise to Arnold Schwarzenegger to Vin Diesel circling the project), it wasn't until writer-producer Akiva Goldsmith ('A Beautiful Mind') acquired the rights to the property and attached Will Smith to star, that Warner finally greenlit the project. At last, Matheson fans could rejoice, it seemed the writer's original vision was headed for the big screen.

Indeed, this latest redux of 'I Am Legend' hews closest to the seminal sci-fi novel, preserving the basic post-apocalyptic template set down by Matheson. The opening scenes of the film are initially startling, resisting the temptation of most of today's big sci-fi spectacles to overwhelm us with pummeling action and numbing sadism. Instead, the first forty-five minutes are unnerving in their depiction of a future world decimated by a deadly virus. The film moves methodically, slowly revealing the predicament of its lead character (Will Smith), the lone survivor of a bacterial holocaust. 'I Am Legend' feels almost "European" in its willingness to undermine the commercial expectations of its genre -- if it hadn't been for Smith's name above the marquee, I might have thought I'd stumbled into an art film.

Smith stars as Dr. Robert Neville, a military virologist and literally the last man on Earth. Three years earlier, a group of scientists (led by an uncredited Emma Thompson) proclaimed to discover a cure for cancer via a re-engineered strain of the measles virus, but the experiment went awry, creating a deadly airborne infection that wiped out 99 percent of humanity, leaving the rest as mutated zombies. Now Neville, who was miraculously immune to the virus, must race to find a cure before the flesh-eaters (who he calls the "Dark Seekers") find him. Along with his canine companion, Samantha, Neville spends his days wandering the city, searching for signs of human life, while delving deeper into the virus' deadly secrets.

The first two acts of 'I Am Legend' are quite compelling. This is Smith's one-man show, and like Tom Hanks in 'Cast Away,' he manages to command our attention and elicit our sympathies with very little dialogue. Smith articulates Neville's daily routines (from hunting antelope in the bombed-out streets of New York, to watching old newscasts in his apartment) with subtlety and precision, and via a few tersely-depicted flashbacks, he strikes just the right emotional notes of loss and regret. Smith's haunting performance, combined with some well-executed photographic effects, create an atmosphere of dread and oppression that rings authentic.

Unfortunately, while 'I Am Legend' is initially a laudable attempt to realize the world Matheson imagined back in 1954, the movie again tampers with the source for the third act. The deviations are for the worse. Screenwriter Goldsmith brings in two other survivors, a woman named Anna (Alice Braga) and a young boy named Ethan (Charlie Tahan), but because we've spent so much screen time with Neville, their introduction is jarring. Even worse is the intrusion of the inevitable villain (Dash Mihok), the leader of the Dark Seekers. What follows is the requisite cavalcade of action, noisy explosions, and increasingly lame CGI. The result of all these third act shenanigans is not a mess as disastrous as, say, 'The Invasion,' but there is still a palpable sense of deflation as we realize that the challenging first two-thirds of 'I Am Legend' are being thrown away, apparently for the sake of commercial considerations.

However -- and almost like jury objection in defense of the filmmakers -- Warner has included a much-ballyhoo'd Alternate Version of 'I Am Legend' on this Blu-ray, containing four minutes of added footage, including a "controversial" new ending. The amount of material is not extensive (about a minute is added into the beginning of the third act, with the rest grafted onto the climax), but it does impart the viewer with a considerably different emotional mood than the theatrical version. The new ending is more upbeat, yet more satisfying, and the Dark Seekers are also better established, making the action-heavy final scenes more bearable. The Alternate Version does not rectify the basic structural flaws of 'I Am Legend,' but it is an improvement.

Regardless of which version you ultimately decide to watch, 'I Am Legend' is a film with many strong parts, but one that ultimately fails to come off as the sci-fi epic it hoped to be. It's impossible to fully express my disappointment with the film without revealing too many of its plot twists, other than to say that the fascinating spiritual themes which coalesced so memorably in Matheson's original novel are largely jettisoned in favor of action and visual effects. It's to Smith's credit that 'I Am Legend' is as riveting as it is for such a long period of time, but he's let down by a muddled script. 'I Am Legend' is still worth seeing thanks to its first two acts, but I can't eradicate the lingering feeling that it's a disappointment. 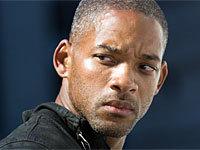 The previous Blu-ray version of 'I Am Legend' included both the theatrical and unrated versions of the film included on a single BD-50 dual-layer disc (accessible via seamless branching). Warner has dropped that approach here, instead upgrading to a two-disc set -- one BD-50 for the theatrical version, one BD-50 for the unrated cut. Both discs have multiple extras, so the video bitrates enjoy a bump, if not a wholly significant one. In any case, both versions are obviously minted from the same source, and each gets a 1080p/VC-1 encode One of Warner's top-grossers of 2007, 'I Am Legend's mix of sci-fi, action, and big-ticket special effects makes it ideal high-def material. As before, these transfers do not disappoint, with a terrific, highly-detailed image that's up there with the better Blu-ray presentations you are likely to see.

Right from the opening sequence depicting a decimated New York City, the transfer exhibits a clarity and sense of depth that is first-rate. The source is absolutely tip-top, with perfect blacks and (for once) contrast that's well modulated across the entire grayscale and without the usual blown-up whites. Colors are vibrant and saturated but not overdone, which further enhances detail. The close-ups of Will Smith's face (and there are many) are typical of the ultra-fine texturing, with every pore and bead of sweat visible. Sharpness is equally excellent, with the image never faltering, yet free from edge enhancement and other trickery. Finally, shadow delineation is likewise superior, with even the darkest scenes finely nuanced.

Though it is technically not a complaint, there is a great deal of CGI in 'I Am Legend' (particularly involving various animals, as well as many of the vast tracking shots of the obviously phony New York cityscapes) that is marred by much motion blur. Thus there can be a "soft' look to many of these effects, particularly on fast action. This is indicative of the source however, and just the way it goes with today's CGI, so I can't fault this superlative transfer for that -- it is top tier high-def, and easily rates five stars.

Warner offers the exact same audio options on this collector's version of 'I Am Legend' as the previous Blu-ray release. You'll find a number of audio options, including English Dolby TrueHD 5.1 Surround (48kHz/16-bit) and Dolby Digital 5.1 Surround (640kbps) tracks on both the theatrical and alternate versions, as well as French and Spanish Dolby Digital 5.1 Surround dubs (640kbps) on the theatrical version only. The Dolby TrueHD track is pretty fantastic, and it's remains a strong demo disc for home theater enthusiasts.

Although 'I Am Legend' certainly has its share of action and thriller elements, it is not an over-the-top film in terms of sound design. There are many long (some might say drawn-out) sequences involving Will Smith stalking around New York while being chased by all manner of strange critters, which is where this mix really impresses in terms of subtlety. Right from the opening sequence involving antelope and some vicious lions, the attention to fine detail and minor atmospheric sounds is outstanding -- the balance of ambiance, score integration, and the occasional stinger is reference quality for a home theater mix. The clarity of individual sounds, as well as the expansiveness of the entire frequency spectrum, is equally stunning.

The more aggressive elements of the mix are equally noteworthy. The subwoofer exhibits some of the deepest low bass extension I've heard on a TrueHD track. Imaging is also transparent, and there were often moments when I couldn't localize a specific sound in the rear channels as it darted about, indicating a truly successful and immersive "wall of sound" effect. 'I Am Legend' is also a first-rate example of the kind of classy and polished recording that only a major studio can buy -- the quality and realism of recorded sounds is impeccable. Volume balance is also spot on, as I had no trouble understanding dialogue, even in the most action-fueled sequences. 'I Am Legend' earns another five stars for audio. 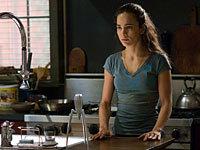 The previous Blu-ray of 'I Am Legend' left something to be desired in terms of extras. I can't say this new release is monumentally better, but it certainly adds more special features. and the deluxe packaging is very handsome (particularly sweet is a 44-page oversized 12" x 6" collectible booklet with production notes and never-before-seen production photos). I'm not sure why Warner didn't just produce this version the first time around, but in any case, fans should find plenty of material of interest here, both old and new. Also a big plus is that Warner has upgraded the quality of the video extras, with most now enjoying a 1080i/VC-1 encode. (Subtitles are provided in English, French, German, Italian, Danish, Norwegian, Finnish and Swedish.)

'I Am Legend' is a more faithful re-telling of Richard Matheson's novel than 1971's 'The Omega Man,' but it's still problematic. I liked the effects, the performance by Will Smith, and some of the cool zombies, but the end is a pretty big letdown. This Blu-ray double-dip doesn't improve upon the original release in terms of video and audio -- they were already fantastic -- but certainly adds on the extras. Add to that some very slick collectible packaging and a book, and you have a very appealing box set release that diehard fans will love. As to whether it's worth an upgrade for more casual viewers, I'd say only if you value supplements above all else. Otherwise, stick to your old Blu-ray.

Sale Price 24.1
Buy Now
3rd Party 23.12
In Stock.
See what people are saying about this story or others
See Comments in Forum
Previous Next
Pre-Orders
Tomorrow's latest releases