A secret fling between a man and his mistress leads to blackmail and murder.

John Frankenheimer's '52 Pick-Up' is a gloriously sleazy trip through a seedy mid-'80s Los Angeles, where the only thing keeping the film from becoming too sordid are the colorful characters brought to life by Elmore Leonard and co-writer John Steppling, from Leonard's novel of the same name.

Roy Scheider stars as Harry Mitchell, an entrepreneur who developed a patent on a steel bonding process that made him a fortune. The only problem is: that kind of exposure also landed him on the radar of a trio of crooks led by a pornographer named Alan Raimy (John Glover). When the Raimy and his associates – Leo Franks (Robert Trebor), a small time pimp, and Bobby Shy (Clarence Williams III), a psychopathic hit man – present Mitchell with a videotape of him and his mistress, Cini (Kelly Preston), and threaten to expose him to his wife and the public, they think they've earned the easiest payday of their underhanded careers. But when Mitchell turns the tables on his blackmailers, using their inherent distrust and paranoia against them, the narrative shifts from a conventional extortion story to the kind of clever, twisting, and violent story of crimes being committed by less than scholarly criminals that Elmore Leonard was known for.

As is the Leonard way, just because these criminals won't be attending a local MENSA meeting any time soon doesn't mean they're not interesting, or capable of being arguably more engaging (yes, even in their clear psychopathy) than the film's ostensible protagonist. Each man is dodgier than the next, but there are clear-cut characters on display, and Frankenheimer manages to get terrific performances out of each one. 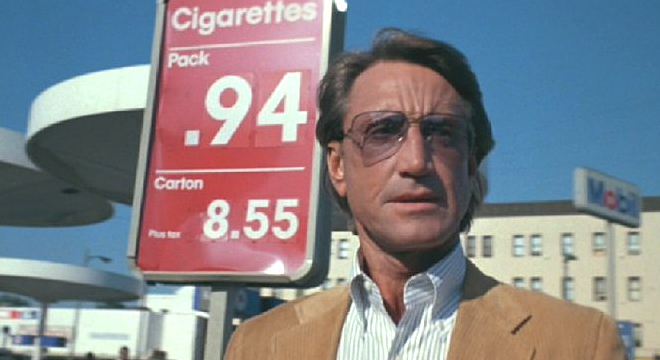 Trebor and Williams III more or less take supporting roles, giving the lion's share of screen time to Glover who turns in such an exuberant and over-the-top performance it's a wonder he didn't just play all three parts, Eddie Murphy-style. His loud, boisterous characterization is the perfect antithesis to Scheider's stoic depiction of a man under extreme duress. As such, the script works best when the two are sharing the screen, and the antagonism between them is kept at a rolling boil, because circumstances being what they are, it's in both men's best interests to keep the pot from boiling over.

But boil over it does, as the crooks attempt to pin a brutal murder caught on tape on Mitchell, after making things even more personal with an unexpected house call on their target's wife, Barbara (Ann-Margret). Raimy and his crew are ruthless and clever, but they're by no means masterminds, and soon Mitchel discerns the identities of the criminals and first attempts to buy himself some extra time – which results in a very Elmore Leonard-y scene where Mitchell and Raimy look over the former's books and find common ground in lamenting the slow death of a businessman by way of taxes. It's the sort of sharp, crafty dialogue that makes adaptations of Leonard's work so endlessly watchable. Stuff like Justified, Out of Sight, and Get Shorty, just to name a few.

One by one, and with the help of Doreen (Vanity), a stripper with a heart of gold, Mitchell plays Raimy, Franks, and Shy against one another and eventually themselves, as greed and paranoia become a more powerful force than whatever limited camaraderie existed between them to begin with.

Frankenheimer lets Leonard's dialogue and characterization do most of the work, so the filmmaker's direction can be as blunt or as nuanced as it needs to be, which it is during some of its darker depictions of violence. One scene depicts the murder of a bound and topless woman, pleading for her life to men she cannot see, while another simply alludes to the worst possible scenario playing out with a brief glimpse of Glover removing his shirt in the presence of a heavily drugged woman. The shift in attitude toward depictions of onscreen violence – especially towards women – suggests both Leonard and Frankenheimer are interested in examining a worsening world in which crime sees no distinction in class; all are potential victims. But it also leans heavily on the idea that no one would be in this mess if it weren't for the uninhibited ambitions and desires of men.

This battle of the haves and the have nots culminates in an uneven climax where no one gets away unscathed. By the end of it, Scheider's performance is so stoic, it borders on indifferent, while Glover sails through the gateway of disturbed producer of salacious sex videos into the realm of the unhinged psychopath so fast it's hard not to think the morality lesson is being laid on a little thick. And while the narrative is most certainly genre of the hardboiled kind – and an '80s film to boot – the depiction of violence against women is blurred to the point that it becomes unclear whether it is simple provocation or if the film is suggesting social commentary in a way is not entirely successful.

Regardless, '52 Pick-Up' works for the most part as a passable thriller with a sleazy edge. It will likely leave most viewers feeling satisfied, but in desperate need of a shower after it's all done. 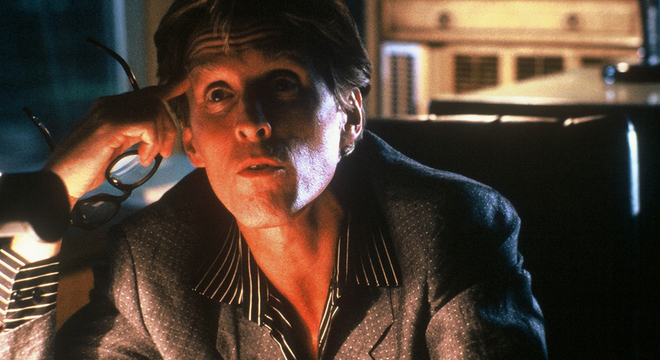 The with its 1080p AVC/MPEG-4 encoded transfer, '52 Pick-Up' looks better than it has in years, and yet it still only hits the above average mark. Some of the transfer's strengths lie in the detail that is exposed when characters and objects are in close-up – which works to the film's advantage, as Frankenheimer often ratchets up the tension by setting the camera as close to his actors as possible. In these moments, fine detail is present in facial feature, clothing textures, and other minute details. Skin tones are mostly consistent throughout, minus a few instances where faces tend to look a little too red, or orange.

Fine detail can be lost at times, especially when the camera pulls out to show wider shots, as some lingering grain tends to hang and lessen the clarity slightly. Overall, though, this is a nice looking image that will please fans of the film.

The disc has been given a DTS-HD Master Audio 2.0 track that is surprisingly robust. The audio delivers crisp dialogue in every scene, and mixes it with sound effects and the film's score by Gary Chang. Actors are easy to hear, and the balance keeps other elements from overwhelming the all-important dialogue. Along the same lines, the score comes through cleanly and forcefully, making full use of the front-loaded sound by utilizing the right and left channels for a dynamic listening experience.

The only drawback is the sound effects, like gunshots, explosions, breaking window, and car crashes all sound slightly anemic. They lack the kind of emphasis a film with this much action-oriented content should have on its shooting and fisticuffs. In one scene in particular, Scheider and Williams III face off and while the score and the dialogue between the men come through clearly and sometimes forcefully, the sound of the action offsets the action to the point that it is entirely underwhelming.

This isn't a bad audio mix by any means, but its lack of emphasis on a crucial element takes it down a notch.

'52 Pick-Up' doesn't reach the heights of other Frankenheimer films or films based on Leonard's novels, but there is still enough of the famed writer's voice in the characters – especially that of John Glover's Alan Raimy – that it should be seen by fans of either the filmmaker or the author. Although the image and sound aren't spectacular, they're solid, with only a few quibbles about them. And while it would have been nice for a few special features, the lack of supplements doesn't keep this disc from being worth a look.

Sale Price 95.99
Buy Now
3rd Party 95.99
In Stock.
See what people are saying about this story or others
See Comments in Forum
Previous Next
Pre-Orders
Tomorrow's latest releases