I Know What You Did Last Summer

Overview - Jennifer Love Hewitt (from TV's "Party of Five") and Sarah Michelle Gellar (Scream 2) star with Freddie Prinze, Jr., Ryan Phillippe and Johnny Galecki in this terrifying tale of a body that just won't stay dead. After an accident on a winding road, four teens make the fatal mistake of dumping theirvictim's body into the sea. But exactly one year later, the dead man returns from his watery grave,and he's looking for more than an apology. From the writer of SCREAM.
OVERALL
Worth a Look 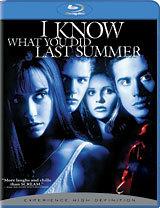 Ready for a little late-'90s nostalgia? It's been over a decade since 'Scream' burst into theaters back in 1996 and revitalized a moribund horror genre with its postmodern thrills and wry take on the slasher phenomenon of the '80s. Suddenly, for young Hollywood, it was hip and hot to be in a horror film, and in the ensuing years, it seemed as though you couldn't go to the theater on a Friday night without seeing some new slasher flick open with a batch of comely young WB stars getting sliced and diced. The best of these post-'Scream' knock-offs was arguably 'I Know What You Did Last Summer,' which came from the mind of the same screenwriter (Kevin Williamson), and was at least directed with some suspense and flair by Jim Gillespie. 'I Know What You Did Last Summer' is no classic, or even all that fresh, but it's pretty fun for a cinematic Twinkie.

The basics of the plot may be familiar to anyone who read the Lois Duncan young adult novel of the same name. Jennifer Love Hewitt stars as Julie James, a bright and eager high school senior with a great group of hot friends (Sarah Michelle Gellar, Ryan Philippe) and a hunky boyfriend (monosyllabic Freddie Prinze, Jr.). Too bad that, on the 4th of July before they're all set to head off to college, they decide to get drunk and go for a little nookie on the beach -- and run over some poor old dude in the road with their car. No sooner than you can say, "I know what you did last summer!", a year passes, and someone begins leaving poor Julie notes that he (or she) is back and out for revenge. As the mystery assailant goes about his business, Julie's friends disappear one by one, and it will be up to her to solve the mystery before she too finds herself at the wrong end of the fisherman's hook.

'I Know What You Did Last Summer' plays like a Scooby-Doo mystery, only with boobs and blood. But as Williamson showed with 'Scream' and 'Dawson's Creek,' he at least attempts to make his teens likable, and has a sharp ear for the way kids talk and think. For once, I (sorta kinda) cared about the fates of these nubile dimwits, and the performances aren't bad, either. Thanks to Hewitt, Julie comes off as a pretty capable Final Girl -- and she sure can scream. Gellar also gives a knowing wink to her one-dimensional beauty queen caricature, particularly in a knowing moment when she (and we) realize that her life is about to go in a far different direction than she had dreamed in high school. Add in snappy pacing and stylish direction by Gillespie, and 'I Know What You Did Last Summer' is certainly a cut above most late-'90s slasher fare.

If 'I Know What You Did Last Summer' has a major problem, it is that it's villain just ain't that scary. A guy in a rain slicker with a hook for a hand -- who runs around fully dressed on the hot fourth of July holiday -- is a pretty ludicrous conceit. It's the kind of visual image that simply demands the audience pull out its best Gorton's Fisherman jokes, and even the way he's lit and costumed in the movie just makes him too, well, slick. Further dulling the edge is an unsatisfying wrap-up, one so far-fetched that even the Mystery, Inc. gang would groan. If you're going to put your monster in a slicker, then for god's sake give him a better back story than this one. 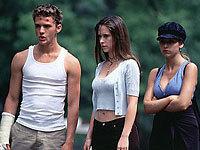 Despite the Sony logo, 'I Know What You Did Last Summer' was actually a low budget product, a film shot on the cheap (for less than $10 million) and largely on location. Far from a bargain slasher flick, however, 'I Know' is really quite polished, with the production getting a lot more visual bang for the buck that one would expect.

Now over a decade old, 'I Know What You Did Last Summer' looks quite good. The source has remained in great shape, with no blemishes or even much in the way of film grain (despite most of the film taking place at night). Colors are quite vibrant in darker scenes if slightly washed out in daylight, though the solid hues don't bleed. Blacks are dead-on, which gives the image real pop and depth. Visible detail is perhaps not top tier, but for a ten-year-old catalog title (and considering the source), I was always pleased. There is some softness to the image, and a slight bit of noise in low-light scenes, but generally this is a very glossy encode that is sure to please fans.

Sony has provided a first-ever high-res audio track for 'I Know What You Did Last Summer,' giving us Dolby TrueHD 5.1 Surround (48kHz/16-bit) mixes in English, French, and Portuguese. The film doesn't benefit all that much from the upgrade, even if this is a far better soundtrack than one usually gets for a slasher flick.

Holding back the mix a bit is a general lack of dynamics. Dialogue is clear and well-recorded, and there is a perfectly bright presence across the board, but nothing really stands out, either, and low bass, while supporting the action well, never excels. Surround use is effective in delivering the shock moments, but aside from minor score bleed I found overall ambiance lacking. At least the source is clean. 'I Know What You Did Last Summer' is no demo disc, but to be fair, for what this is I can't really complain. 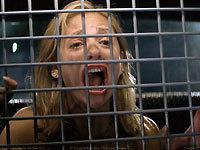 Released twice on standard DVD (first as a largely bare bones release, then again as a special edition), Sony has not left off any of the previous supplements for the film's Blu-ray debut. (All video materials are presented in 480p/i/MPEG-2 video, and subtitle options mirror the main feature.)

'I Know What You Did Last Summer' holds up as a fun little teen slasher flick. Granted, a guy in a slicker is not exactly scary, but the young cast is easy on the eyes and I was never bored. This Blu-ray is a perfectly fine catalog release, with solid video and audio, and the same extras as past DVDs. If you're a fan of the flick, definitely check this one out.

Sale Price 52.51
Buy Now
3rd Party 29.93
In Stock.
See what people are saying about this story or others
See Comments in Forum
Previous Next
Pre-Orders
Tomorrow's latest releases