In Dragonheart 3: The Sorcerer’s Curse aspiring knight Gareth goes in search of a fallen comet rumored to contain gold and is shocked to instead find the dragon Drago. After Drago saves Gareth’s life the two become intricately bonded, and must work together to defeat an evil sorcerer and stop his reign of terror. Along the way, Gareth learns the true meaning of being a knight in this action adventure for the ages!

Given the current slate of fantasy-adventure flicks featuring ginormous fire-breathing lizards with wings, you can't really go wrong with the likes of 'Dragonheart 3: The Sorcerer's Curse.' The mythical reptilian monster hasn't exactly been a box-office attraction or justly been given a motion picture worthy of its awe-inspiring presence and lore. So when something like this direct-to-video movie — bad as it may be — comes along, it's easy to be a tad forgiven for failing to truly ever take flight. Granted, fans of this almighty powerful monster have enjoyed in the last few years 'Reign of Fire,' 'Spirited Away' and two 'How to Train Your Dragon' flicks — and if we're looking at several other DTV releases. But the selection seems pretty paltry unless one is satisfied with the creature taking second-billing to a thieving hobbit or used a prop to test a young wizard's abilities. Hence, this latest take just crosses the threshold of pass by default alone.

Even when compared to what is arguably the best dragon movie, 'Dragonheart,' to which this picture is a sequel, this De Laurentiis-produced production isn't half bad. Then again, that Rob Cohen-directed CG-extravaganza isn't exactly a classic, however delightfully fun. At the time, it definitely pushed digital visual effects to a new level, but much of its amusement remains as much that as the story itself, which is frankly a bit average. (I'm sure to read comments defending it, along with 'Reign of Fire.') In truth, 'How to Train Your Dragon' and 'Spirited Away' are the far superior movies, not only in terms of animation and storyline but also in a heartwarming adventure that genuinely engages viewers. But that's not a fair comparison since this is about the mix of CGI and live action, taking us back to this supposed prequel of the 1996 film starring Dennis Quaid and Sean Connery. 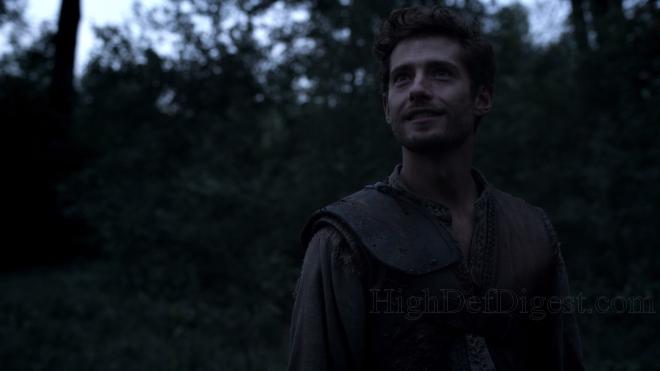 The only thing clueing audiences that Matthew Feitshans's plot is set possibly hundreds of years before Draco and Bowen battle the evil in men's hearts is the mention of Hadrian's Wall which marked the border of England and Scotland. A brief but decently creative animation sequence provides the necessary background history before jumping into the story proper where we're introduced to a competitive cluster of young squires proving their worth to become knights of the wall. One brave, aspiring gallant-to-be stands out primarily for his swordplay, named Gareth (Julian Morris), but very soon after, we're shown he's a man torn between honorable soldier of the people and a deep-rooted selfish desire. As would be expected, this inner conflict ruins his chances of joining the club and desperation to win their favor sees him journey across the other side of the wall in search of riches, meaning he's looking to buy his way back.

This would be all well and good if not for the whole production feeling like such an egregious facsimile of HBO's 'Game of Thrones' series, starting with setting the story on the wall. The fact that dragons are part of the tale and used as weapons for battle is both an example of what the filmmakers were subconsciously inspired by and very low-key repeat of the first movie. And even this wouldn't be all that bad if the photography of David Luther didn't suspiciously make 'Dragonheart 3' look like an episode of the popular cable program. Only thing distinguishing the two is a meteor prophetically falling from the sky serving as the explanation for dragons walking the Earth, and this beastie, awkwardly and unoriginally called Drago (voice of Ben Kingsley), and is a guardian of eggs while also being Gareth's mentor. Completing his hero's journey is a bumbling druid still in his apprenticeship (Jassa Ahluwalia) and a won't-she-will-be redheaded beauty (Tamzin Merchant), but by the end, there likely won't be anyone awake to congratulate Gareth for completing his predictable journey.

Universal Studios Home Entertainment unleashes 'Dragonheart 3: The Sorcerer's Curse' as a two-disc combo pack with a code for an UltraViolet Digital Copy. The Region Free, BD50 disc sits comfortably opposite a DVD-9 copy inside a blue, eco-elite keepcase with a glossy, lightly-embossed slipcover. At startup, viewers are forced to watch a series of internet-based trailers before being greeted with the standard menu screen, a static photo of the main cast and music.

Taking inspiration from 'Game of Thrones,' the cinematography of David Luther is well represented in this relatively attractive 1080p/AVC MPEG-4 encode. Taken directly from a digital source, the photography comes with the usual sterile, artificial feel expected when filming HD cameras. Although contrast remains well balanced throughout with excellent visibility into the distance, the overall picture is on the drab, grayish side. Blacks are generally strong with good shadow details, but many moments are a bit dingy and weaker than others. Colors are fairly bright and luxurious while the best part of the 1.78:1 image is the sharp, distinct definition of the fine lines in the costumes and surrounding foliage.

The fantasy-adventure prequel debuts on Blu-ray with a highly-entertaining DTS-HD Master Audio soundtrack that nicely fills the room with lots of action and a variety of sounds. The surrounds are continuously engaged with discrete atmospherics and excellent directionality. Whether it's an assortment of wildlife high in the trees or the screaming noise of battle, effects pan from front to back with flawless movement while Drago's flight and breadth of fire is heard all around, creating an immersive and satisfying soundfield. The front soundstage is engagingly broad, exhibiting a sharply detailed and extensive mid-range with well-prioritized vocals. Most surprising is a powerfully robust and room-penetrating low-end that often digs deep into the lower depths (bass graph), making this a great lossless mix.

Given the paltry selection of titles featuring the winged, fire-breathing giants, 'Dragonheart 3: The Sorcerer's Curse' isn't all that horrible or a complete waste. However, on its own and as a sequel to a small franchise, this hero's journey fails at creating a worthwhile or engaging story, despite some rather amazing CGI work. The Blu-ray arrives with an excellent audio and video presentation but a lackluster assortment of supplements. Overall, the fantasy-adventure flick is a rental at best.

Sale Price 8.82
Buy Now
3rd Party 4.82
In Stock.
See what people are saying about this story or others
See Comments in Forum
Previous Next
Pre-Orders
Tomorrow's latest releases