The Boys from Brazil

A battle of wits between Nazi war criminal Josef Mengele and Nazi hunter Ezra Lieberman in which Mengele plans to harvest hundreds of young men in an attempt to replicate Hitler's genetic structure.

Perhaps the only thing capable of trumping a re-examination of the horrors of World War II and the atrocities committed by the Nazis is the fear that the world will one day find itself embroiled once more in a similar calamity. That fear (or the love of inciting that fear) explains why every other international dust-up is announced (semi-facetiously) as the potential start of World War III. On one hand, this anticipation of the next Great War shines the spotlight on the world's unhealthy fascination with sequels (and especially trilogies), but more importantly, it serves as a tacit recognition that many people believe history tends to repeat itself.

That particular fear is literally brought to life in 'The Boys From Brazil,' an adaptation of Ira Levin's 1976 novel of the same name, which blends elements of science fiction and horror, with a dash of spy thriller thrown in for good measure. Directed by Franklin J. Schaffner ('Patton' and 'Planet of the Apes'), the film tells the intertwining tales of Nazi hunter Ezra Lieberman and his pursuit of notorious concentration camp scientist, Dr. Josef Mengele. After Lieberman is made aware (by a young Steve Guttenberg) of a bizarre plot involving the planned assassinations of 94 civil servants across the globe, his investigation leads him to the terrifying discovery that Mengele has successfully cloned a small army of Adolf Hitlers, in an attempt to see the Third Reich reborn.

Despite what seems like a B-movie pedigree, Schaffner's 'Boys' earns credibility from the presence of Gregory Peck as the mustachioed and ever-squinting Mengele, while Laurence Olivier brings a practical quality role of the intrepid, but down-on-his-luck Lieberman. The film even welcomes James Mason as Eduard Seibert, one of Mengele's surreptitious superiors. Schaffner's direction and the script by Heywood Gould owe a great deal to the presence of all three actors, without whom the delicate act of balancing the film's desire to be taken seriously with the lurid potboiler qualities of its plot might well have tipped too easily in favor of the latter. 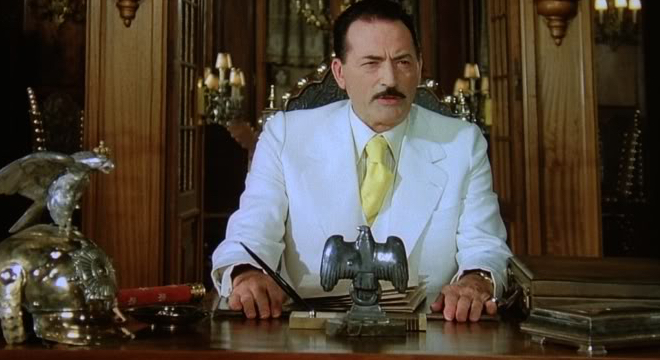 The film plays with its conceit primarily by doling out answers to the mystery piecemeal, keeping the exact details obscured, even though the larger framework is rather obvious from the beginning. And for the most part, the formula works, despite Mengele playing a key role in the narrative. Much of the tension is derived from the knowledge that all of Mengele's scenes are leading to the inevitable reveal. There is little in the way of surprise when Lieberman stumbles across two ill-mannered boys on either side of the Atlantic with the exact same head of jet-black hair and piercing blue eyes, and yet the shock on Olivier's face registers all the emotion necessary in such a discovery.

Although they share almost no screen time, Olivier and Peck complement one another throughout. Their characters' competing levels of intensity begin as a race to avenge those lost to war and the outrages that came along with it, but soon, like the rest of the film, that competition builds into a morbid sense of inevitability. For these men, the fighting only ends at the moment they draw their last breath. But presenting the audience with both sides of the argument makes 'The Boys From Brazil' unlike most other thrillers. With so much of the plot devoted to Mengele's twisted plan and horrifically misshapen worldview, the film takes on a disturbing quality that knowingly spends too much time with the source of evil – not in an attempt to understand him or his desires, as that's made clear from the start, but rather as way of creating an overwhelming sense of unease as the plot unfolds. Every scene with Mengele feels crafted to leave those watching with an intense desire to wash their hands afterwards, as if they'd just shaken hands with devil.

The same can be said for the scenes featuring the young Jeremy Black as the Hitler clones. Schaffner's camera lingers on boy's face far longer than necessary, wringing every bit of discomfort from the sight of him sneering at he sight of blood or gleefully anticipating some pending act of violence, and especially scoffing at the notion of his (adoptive) father's demise. The young boys' piercing blue eyes have a manufactured quality to them that is either a piece of Hollywood magic or a byproduct of the movie's ability to completely sell its outlandish narrative. Either way, it works.

At times, Schaffner attempts to reconcile the absurdity of the film's plot by reminding viewers of the concreteness of the real world. This leaves the narrative with a forced climax that dangles one enormous loose thread in front of the audience, essentially summing up the "What if?" nature of its concept. That lingering question will always keep 'The Boys From Brazil' from being as good as its cast suggests, but the presence of Olivier (who received an Academy Award nomination for his performance) and Peck grants it the kind of respectability that makes it worth watching. 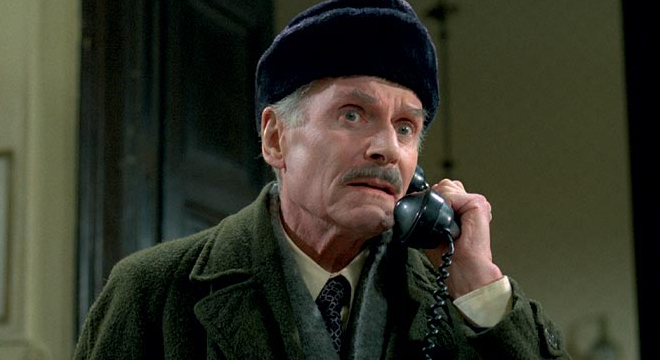 'The Boys From Brazil' comes from Shout! Factory as a single 25GB Blu-ray disc in the standard keepcase. Like all releases from Shout! Factory, the insert is double-sided, with the interior featuring stills from the actual film. Aside from a very long, revealing, and occasionally psychedelic trailer, there are no special features on the disc.

The 1080p AVC/MPEG-4 encoded transfer does a nice job of enhancing the image of this nearly 40-year-old film. Fine detail is readily present in close-ups, offering plenty of facial features, fine hairs, and terrific textures on things like clothing and other objects. Wide shots also include plenty of detail, as they typically bring in background elements like foliage, architecture, and ancillary elements that make up some of the film's locations. The image offers plenty of depth and stability throughout.

Contrast is high from beginning to end. Black levels are strong, offering crisp edges and plenty of detail when necessary. Shadows run the gamut from gray to inky darkness, and there is never a hint of crush or banding anywhere. Color is also vibrant throughout. Reds, blues and greens stand out remarkably well, even though the image has a slight bluish haze to it at times.

Grain is present on occasion, but it is never cumbersome nor does it have a negative impact on the detail. There are a few instances where fine detail is lost to some soft focus – which also sees a decline of color and stability – but otherwise this is a very nice transfer.

The disc has been given a nice sounding DTS-HD Master Audio 1.0 track that offers a surprising amount of depth at times, even though dialogue can sometimes come across as pitchy or scratchy. Mostly, the monaural track delivers dialogue quite well, which makes the moments when it falters stand out. Typically, voices are crisp and easily to understand, and they are balanced well with the musical score or the occasional sound effect.

Perhaps unsurprisingly, the score delivers the most compelling component to the disc's audio. The sound quality is quite good and the music resonates despite being pushed through a single channel. The score is also balanced superbly, allowing dialogue and other effects to come through cleanly when necessary. Sound effects, however, are rather anemic. Gunshots ring hollow or just plain weak, while scuffles are generally unimpressive.

What is impressive, however, is the sense of atmosphere that is conveyed in certain spots. Busy city streets come to life, while out-of-the-way homes filled with barking dogs come across as frighteningly realistic.

As potboilers go, 'The Boys From Brazil' may actually be a classic. The outlandishness of its plot, works well when the film fully embraces its sci-fi and horror roots, but those elements tend to feel out of place when the movie plays its "What if?" card one time too many. Too often the film tries to position itself in the real world, to the detriment of its own plot. Still, the performances are spot on and the idea of Gregory Peck taking on the role of Josef Mengele somehow seems too good to be true. Although extras are sorely lacking, the image and sound on this are good enough that it comes recommended – especially to fans.

Sale Price 14.39
List Price 24.97
Buy Now
3rd Party 14.39
In Stock.
See what people are saying about this story or others
See Comments in Forum
Previous Next
Pre-Orders
Tomorrow's latest releases