For the last fifteen years, I’ve approached new Japanese animation releases with the fervor of a hyperactive toddler on Christmas morning. While such excitement is derived from expanding my cinematic horizons, I’ve found that anime generally offers more extensive character development and intricate plotlines than the majority of kid-friendly animation produced on this side of the globe. Even so, the popularity of one of Japan’s most popular animated exports -- the ‘Dragon Ball’ saga and its ensuing spin-off, ‘Dragon Ball Z’ -- continues to baffle and elude me. As a longtime fan of comicbooks, I understand the lure of complex storylines and epic confrontations, but ‘Dragon Ball Z’s endless parade of colorful energy blasts and repetitive duels-to-the-death have never struck me as gripping or entertaining.

FUNimation’s second high-def ‘Dragon Ball Z’ release (after November’s ‘Broly Double Feature’) collects the series’ first two films -- ‘Dead Zone’ and ‘World’s Strongest.’ I could outline the plot synopsis of each film at length, but I’ll try to keep things as simple as possible. In short, ‘Dead Zone’ follows Goku’s attempts to rescue Gohan from an evil being obsessed with using dragon balls (stop snickering) to gain eternal life from Shen Long, and ‘World’s Strongest’ focuses on an evil scientist named Dr. Wheelo (now a disembodied brain housed within a war mech) whose search for a powerful host leads him to our DBZ mainstays. Rest assured, nearly every fan-favorite character from Piccolo to Muten Roshi makes an appearance, overcoming blasts of electricity, ice, and villainous power to protect everything righteous and good on the planet.

When I reviewed the ‘Broly Double Feature’ last year, I was surprised to find that neither film overwhelmed me with its plot, characters, or conflicts. The ‘Broly’ flicks were decent standalone titles that served as a fair introduction to the ‘Dragon Ball Z’ universe for relative rookies like myself. Unfortunately, ‘Dead Zone’ and ‘World’s Strongest’ mystified every neuron in my brain from beginning to end. Each entry seemed to require a certain familiarity with DBZ lore that I honestly did not possess. By the time the films reached their climactic titan clashes, I had a suitable grasp on the basic plots, but I still didn’t understand who everyone was, what everyone was babbling about, and why certain characters behaved the way they did.

A bit of research clued me in to the fact that the DBZ films suffer from an avalanche of contradictions with the television series, leaving me to wonder if my confusion would be shared by fans as well. A lengthy evaluation of online reactions reveal mixed feelings about ‘Dead Zone’ and ‘World’s Strongest.’ While diehard followers claim that the earlier DBZ films are superior to later entries, younger fans seem to think the older flicks are unnecessarily complex and irrelevant to their beloved series. More specifically, fans praise the characterizations of their favorite heroes and enjoy the introductions of a few supreme baddies, but abhor the laborious chatter in the battle scenes and the comparatively weak animation. All in all, the consensus seems split right down the middle -- strange then that FUNimation didn’t choose two films that have received more acclaim over the years.

So to true fans of DBZ, I offer my apologies -- watching ‘Dead Zone’ and ‘World’s Strongest’ made me feel like a fledgling climber staring up at the sheer face of an enormous mountain. Your ability to process information and keep up with the increasingly absurd conflicts in these films is astonishing. Unfortunately, both films lack fundamental character introductions, backstories, and basic context; essentially leaving newcomers like myself in the dark. If you’re an anime fan who’s never dipped into the ‘Dragon Ball’ saga, this release is not the place to start. However, if you’re a DBZ junkie that can’t get enough of Gohan and Goku, give this one a try and post your opinion on our message boards. 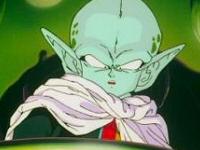 Like FUNimation’s Blu-ray release of the ‘Broly Double Feature,’ ‘Dragon Ball Z: Dead Zone/World’s Strongest’ features two 1080p/AVC-encoded widescreen transfers that have been remastered from the original 35mm Japanese prints. The inherent benefits are immediately clear -- vibrant colors light up the screen, solid contrast increases the impact of the imagery, and sharp lines refresh the artwork. While a bit inconsistent, black levels are inky enough to give still frames the distinct look of a printed manga. Ultimately, aside from the films’ dated animation, the transfers’ palette and fine detail makes each entry look decidedly new. I could see the imperfections in character outlines, the static grain of background images, and the faintest cracks in mountain walls.

Unfortunately, print damage is a sobering issue that haunts both films -- scratches, flecks, and speckles constantly flicker across the screen and, at times, cluster in fairly distracting hordes. I also noticed some mild contrast wavering, random (albeit negligible) print wobbling, and a handful of shots that looked faded compared to the rest of the presentation. Even so, I can’t imagine either flick looking any better unless FUNimation digitally removed all of the print damage in a future release. I can’t say I’m ecstatic about the results, but I can say that the films on this Blu-ray twofer look much better than they ever have before. 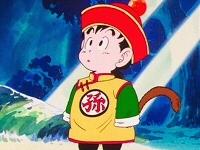 While the individual audio tracks FUNimation has included on the Blu-ray edition of ’Dragon Ball Z: Dead Zone/World’s Strongest’ aren’t refined powerhouses, the package as a whole offers a variety of options that should please fans of every ilk. Each film comes in three flavors -- an English Dolby TrueHD 5.1 surround track with Japanese music, an English Dolby TrueHD 5.1 track with U.S. music, and the original Japanese mono mix. Personally, I prefer the original Japanese mix even though it sounds as rickety as one would expect from an aging source. Alas, both English tracks dampen sound effects, music, and ambient noise to unnaturally boost the voices of each character. As a result, the soundfield becomes flat and uninvolving, transforming the explosive on-screen action into a secondary element in the mix. The rear surrounds still offer decent support and the LFE channel lets out a few rumbling thooms, but the dynamics and fidelity of the English tracks are painfully average.

In the long run, the available audio options offer fans plenty of choice, but fail to deliver a single engaging sonic experience. While the TrueHD selections sound better than the standard Dolby Digital tracks on the ‘Broly Double Feature,’ the improvement comes at the expense of prioritization. 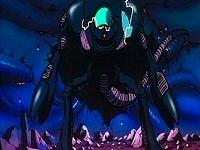 The lone special feature included on this release is a hilarious ‘Dead Zone’ audio commentary with voice actor Chuck Huber and ADR director Chris Sabat. Ported from the DVD, this quick-witted track plays like an episode of “Mystery Science Theater 3000” -- Huber and Sabat jab, poke fun, and playfully eviscerate every aspect of the film, its characters, and several bizarre habits exhibited by the series as a whole. Granted, there isn’t any valuable production information shared and the two rarely stop to make any serious statements about their craft, but I laughed my way through every minute. While I’m worried fans will despise Huber and Sabat’s laid back approach, I found it to be the most entertaining hour on the disc. 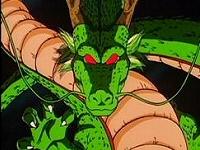 ’Dragon Ball Z’ has never captured my heart, so take my opinions of ‘Dead Zone’ and ‘World’s Strongest’ with a grain of salt. However, despite my confusion and disinterest, I can say with certainty that this BD release will only appeal to diehard fans of the series. While its remastered video transfer looks quite good, print damage and other issues hold it back from greatness. Likewise, the audio package has a lot to offer, but very little in the way of technical proficiency. Finally, the first film’s entertaining commentary ultimately doesn’t add a lot of value to this release. This one is definitely best for established fans.

Sale Price 22.99
List Price 34.98
Buy Now
3rd Party 18.99
In Stock.
See what people are saying about this story or others
See Comments in Forum
Previous Next
Pre-Orders
Tomorrow's latest releases