Overview - The Sand Pebbles tells many stories. It's the story of China, a slumbering giant that rouses itself to the cries of it's people - and of the Americans who are caught in its blood awakening. It's the story of Frenchy (Richard Attenborough), a crewman on the U.S.S. San Pablo who kidnaps his Chinese bride from the auction block. It's the story of Shirley (Candice Bergen), a teacher and her first unforgettable taste of love. It's the story of Captain Collins (Richard Crenna), ready to defy anyone for his country's defense. Most of all, it's the story of Jake Holman (Steve McQueen), a sailor who has given up trying to make peace with anything - including himself. McQueen gives what is probably the best performance of his career. It's not surprising that he, Mako and the movie were up for Oscars. Portraying a character with conflicting loyalties to friend and flag, McQueen expertly conveys the confusion that leads into his final line: "What the hell happened?" It's to his credit that we already know.
OVERALL
Highly Recommended

I must admit, I took one look at the cover art adorning the Blu-ray edition of ‘The Sand Pebbles’ and braced myself for the worst. Whether it was Steve McQueen’s brooding, hand-painted face, a young Murphy Brown’s flushed features and purple dress, or the bizarre black sails that framed the film’s innocuous title, the entire case screamed “cheesy, dated war flick.” Still, since my review was long overdue and I couldn’t continue to put off the inevitable, I hunkered down in my home theater with a bag of cheese curls to get it over with. What a difference three hours makes! By the time the credits rolled, I realized I had made quite a mistake -- I’d been missing out on an extremely well-made character study that bravely delves into the dark heart of mankind.

Based on a Robert McKenna novel of the same name, ‘The Sand Pebbles’ tells the tale of a 1920s American sailor named Jake Holman (Steve McQueen) who’s assigned to a gunboat patrolling the Yangtze River in war-torn China. Before he even has time to settle in, the hard-working engineer learns that the commander (Richard Crenna) of the USS San Pablo runs things a bit differently -- Chinese “coolies” are assigned to the ship’s manual labor while the American sailors are left to their own devices. However, Holman wants nothing more than to be given the freedom to manage the engine room. When he refuses to fit into the captain’s hierarchy and befriends his illiterate assistant, Po-han (Mako), the rest of the crew begins to treat him with the same disrespect they pay to the Chinese nationals. A seasoned veteran named Frenchy (Richard Attenborough) shares Holman’s ideals, but a looming political crisis and a bitter Civil War soon put their beliefs to the test and bring them face to face with tragedy and death.

Honestly, although the film was shot on location in Taiwan and Hong Kong, I worried that ‘The Sand Pebbles’ would quickly adopt the racial stereotyping and political oversimplification it was trying to condemn. I was even convinced that any film of its era would unconsciously pander to ideas and beliefs America fought to abandon decades ago. Thankfully, I couldn’t have been more wrong. Director Robert Wise (‘West Side Story,’ ‘Star Trek: The Motion Picture’) brings the same balance and deep characterizations to the sailors of the San Pablo that be brought to the von Trapps in ‘The Sound of Music.’ He treats the relationship between Holman and Po-han as the driving force of the film. Even when tragedy disrupts the story, it’s their friendship and mutual respect that echoes through to the end credits. Wise focuses on the men of the ship far more than the conflicts they encounter, humanizing the story and allowing it to develop into a more realistic tale of men who buck the system and erase intolerance.

That brings me to my only major complaint: the film’s quieter scenes are so slow that they’ll lose anyone who isn’t patient enough to push through. I appreciate Wise’s epic sensibilities, but ‘The Sand Pebbles’ would have been far more effective as a two-and-a-half hour film. As it stands, Wise populates his central story with so many unresolved subplots that the film almost begins to feel drawn out, forced, and overindulgent. Don’t get me wrong, I really dug the inner conflicts and mounting tension shared by the men on the San Pablo, but I often felt as if the director’s message was being pounded into my skull. As a result, the pragmatism the cast members brought to their parts began to register as redundant and tiresome. Luckily, Wise rights the ship just in time with a compelling third act that single-handedly prevents the entire production from collapsing under its own ambition.

Pacing issues aside, ‘The Sand Pebbles’ is a breath of fresh air in the dingy world of catalog war flicks. I expected to endure yet another overly theatrical production from the ‘60s, but was instead treated to a poignant story that struck me as relevant forty years after its original release. Don’t be fooled by the cheesy box art, scared away by the seemingly dated plot, or dissuaded by your intolerance for classic cinema -- McQueen, Crenna, and Attenborough elevate this surprisingly modern film to an entirely different level; one that deserves the attention of anyone who enjoys the weight of solid, thought provoking drama. 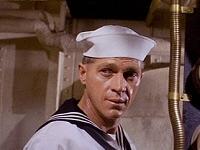 Rest your weary heads, film purists -- unlike ‘Patton’ and ‘The Longest Day,’ ‘The Sand Pebbles’ 1080p/MPEG-2 transfer doesn’t have a spot of DNR applied to a single frame. In fact, this new high-def remaster boasts such incredibly crisp fine details, natural grain, and stable imagery that it instantly won my affection. Wise’s palette may have the undersaturated luster of a typical ‘60s film, but that doesn’t prevent the transfer’s colors and contrast levels from looking utterly fantastic. Shadow delineation is revealing, blacks are fully resolved, and the picture isn’t plagued with any significant artifacting, banding, or edge enhancement. As for the aforementioned fine object detail, even the slightest textures, facial features, and pores pop in the foreground and hold up under close still-frame scrutiny in the backgrounds. To top it all off, the original print appears to be in great shape for a forty-two-year old film. Sure, ‘The Sand Pebbles’ shows a bit of wear and tear in a few scattered shots, but for the most part, the print has been skillfully restored to its former glory.

The few things that hold ‘The Sand Pebbles’ transfer back from perfection are relatively minor. A handful of shots look a tad soft compared to the rest of the film (most likely the result of the print, rather than the encode), skintones appear to be slightly flushed on a half dozen occasions, and contrast wavered from time to time. Regardless, ‘The Sand Pebbles’ offers fans a gorgeous, DNR-free transfer that Fox should strive to emulate with other catalog titles in their library. I really hope to see many more faithful transfers of this sort from the studio in the coming months. 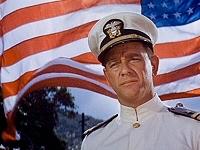 When I first tossed ‘The Sand Pebbles’ into my Blu-ray player, I expected to encounter the sort of shallow multi-channel remix studios haphazardly slap onto aging catalog classics to sell them to the latest generation of tech-savvy consumers. Imagine my surprise then when I discovered the film had been blessed with a robust DTS HD Master Audio 5.1 surround track that created an immersive soundfield and reasonably realistic soundscape. Just listen to the crisp crack of rifle fire, the gut-shaking thoom of the deck guns, and the throaty rattles and hums of the San Pablo engine room. LFE-laden sounds erupt within the soundfield, quickly alleviating any doubt that the audio source will show its age. Better still, the rear speakers get a decent workout as they enhance the reverberations of the hull, the dense roar of cheering sailors, and the impact of explosions. Ultimately, while most of the dialogue and effects are audibly dated by the two-dimensional sound design of the era, the integrity and tone of the original source has been nicely preserved.

Complaints? A few. Jerry Goldsmith’s music score occasionally seemed a bit flat (particularly when it focused on low-toned instrumentation), dialogue was tinny and clipped from time to time (especially when it had been looped), and errant front-soundstage pans in the newly minted remix were too stocky for my tastes. Still, when you take into account the fact that ‘The Sand Pebbles’ is more than forty-years old, its issues become less distracting. In the end, this DTS HD MA track might not compete with the latest and greatest mixes on the block, but it certainly outshines most ‘60s and ‘70s audio tracks featured on Blu-ray catalog releases. 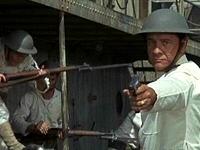 The Blu-ray edition of ’The Sand Pebbles’ includes all of the significant special features that appeared on the 2-disc SE DVD (released in 2007). While the video supplements are only presented in standard definition, Fox managed to fit the entire supplemental package on the same dual-layer disc as the film itself. 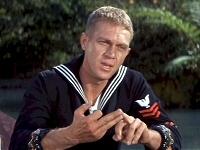 ‘The Sand Pebbles’ is an unexpectedly relevant classic that focuses on its character-centric conflicts far more than its geopolitical arena, battle scenes, or wartime drama. This Blu-ray edition is also full of surprises. It features a stunning video transfer without a hint of DNR, an impressive DTS HD MA track, and a massive supplemental package. Don’t look at the cover art and fall into the same trap as I did. ‘The Sand Pebbles’ is an excellent release that does everything exactly the way it should. Well done, Fox.

Sale Price 12.99
List Price 16.99
Buy Now
3rd Party 7.8
In Stock.
See what people are saying about this story or others
See Comments in Forum
Previous Next
Pre-Orders
Tomorrow's latest releases