Trickery. Deceit. Magic. In 'F for Fake,' a free-form documentary by Orson Welles, the legendary filmmaker (and self-described charlatan) gleefully reengages with the central preoccupation of his career: the tenuous line between illusion and truth, art and lies. Beginning with portraits of the world-renowned art forger Elmyr de Hory and his equally devious biographer, Clifford Irving, Welles embarks on a dizzying journey that simultaneously exposes and revels in fakery and fakers of all stripes—not the least of whom is Welles himself. Charming and inventive, 'F for Fake' is an inspired prank and a clever examination of the essential duplicity of cinema.

Orson Welles is a charlatan. At least that is how he describes himself within the context of the ingenious and well-crafted "essay film"/documentary 'F for Fake.' Welles does not position himself as a filmmaker, actor, writer, editor, or even, strange as it may seem, a magician – though throughout the film he makes a compelling case for being each and every one of those things and more. Instead, in his examination of where the truth lies in illusion, and in questioning the importance, relevance, or even the existence of honesty in art, the legendary filmmaker goes back to his roots, evoking the clever ruse of his infamous 1938 'War of the Worlds' radio broadcast that brought him a particular form of notoriety.

'F for Fake' would be the last major film to be completed by Welles (the previously unfinished 'The Other Side of the Wind' will be completed by others and released in 2015). And considering the film examines Welles' career and his thoughts on filmmaking and storytelling as it does the fakery of notorious art forger Elmyr de Hory and his would-be biographer, Clifford Irving, author of the Howard Hughes biography hoax, it reads like an apt film on which to begin – whether intentionally or not – the end of a storied career.

Working from footage François Reichenbach shot about de Hory and Irving, Welles inserts himself into the proceedings in an effort to comment on the notion of fakery and how duplicity plays a part in every aspect of art and especially filmmaking – even when the film is a documentary. As such, the film explores more than just the de Hory's life as an art forger and the conspicuousness of Irving's involvement with a man whose otherwise peripatetic lifestyle could be described as a life spent perpetually one step ahead of the law. Instead, Welles threads a number of other elements into the film, not the least of which is the story revolving around Oja Kodar, who it is promised by Welles, is part of a much larger story that will unfold in time. 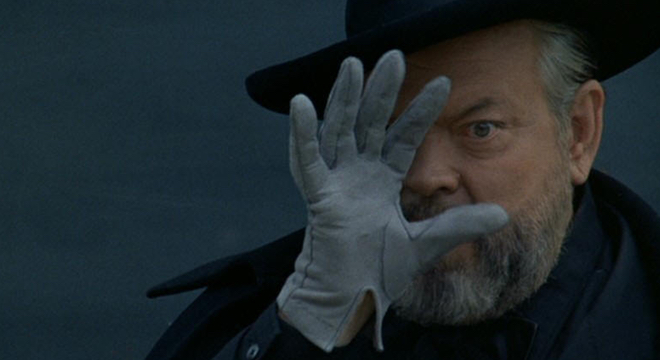 Like any magician worth his salt, Welles flat out informs the audience that everything he's about to tell them over the first 60-minutes of the film is true, before proceeding to distract them with de Hory's tale and the dust-up over Irving's claim to have written Hughes' authorized biography – which resulted in Welles, with the help of Reichenbach, shooting more footage to accommodate the serendipitous affair and in effect making Irving's role in the film far more prominent that it was ever intended to be. And, true to his word, Welles delivers 60 minutes of film piecing together de Hory's various exploits, his relationship to Irving, Irving's then-defense of the Hughes project, and even an examination of his own career, complete with a 'March of Time'-style newsreel.

As fascinating as it is to watch de Hory justify the way he earns a living, while Irving ostensibly finds himself in a similar position, it's all a bit of sleight of hand, an attempt to lose the audience in power of the narrative, while simultaneously building the trick in the background. By the time Welles gets to his story about the lovely Oja Kodar – first seen walking through the streets of an European city in a mini-skirt, while the eyes of the men watching bulge like overfilled water balloons – and her relationship with Pablo Picasso, viewers are likely to have forgotten the earlier declaration about the truth only lasting 60 minutes, calling to mind the old saying: "Fool me once, shame on you. Fool me twice, shame on me."

And yet, despite what he pulls off, the real trick of 'F for Fake' isn't the examination of duplicity through the lens of Elmyr de Hory or Clifford Irving, and it's not even the shenanigans the filmmaker gets up to with Oja Kodar. Instead, its true feat lies in what Welles achieves by actually having made this pseudo-documentary/essay film. For all intents and purposes, he achieved what he set out to: subvert the notion of what constitutes a "documentary," while developing something new. The fact that it so perfectly blends fact and fiction while examining what constitutes both, serves to enhance the perception that this is, in fact, a kind of film the likes of which has not been seen before. And if it has, it certainly wasn't done this well.

The film is exquisitely arranged. Working with a combination of Reichenbach's footage and some of his own, Welles creates a conversation within the essay that seamlessly integrates his own thoughts on the subject, while simultaneously generating a kind of discourse between de Hory, Irving and himself. What's more, in utilizing other footage so resourcefully, Welles manages to expand the concepts of authorship and deception that the film is so keen to examine. What's more, because virtually everything Welles presents begs to be scrutinized, the point he makes of questioning truth, and the acceptance of deception when it comes to art gets made repeatedly through the volition of film's own inquiry and presentation.

The multi-faceted approach to creating art generates energy to spare for the brisk 88-minute feature that is provocative, engaging, and ridiculously entertaining. If this was where Welles was taking film, it's a shame he didn't have the opportunity to do more. 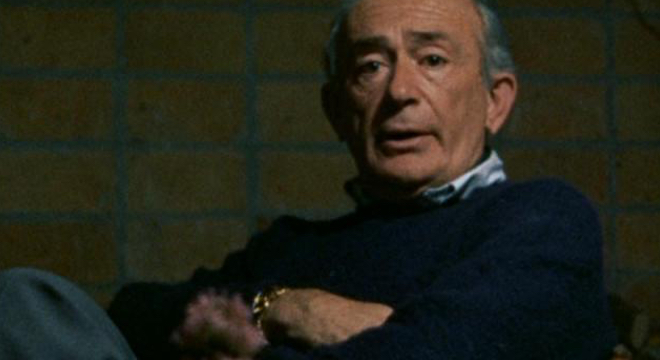 'F for Fake' comes from Criterion as a single 50GB Blu-ray disc in the standard Criterion keepcase. The film is numbered 288 on the spine, and in addition to the many special features on the disc, there is also an engaging essay by critic Johnathan Rosebaum.

The film has received a high-definition digital restoration that does some excellent things to certain parts of the film, while helping to stabilize and slightly enhance other segments. This, of course, should be no surprise, since the film is comprised of so many different film elements – but that just lends to the beauty and charm of it all. The new footage that Welles shot looks immaculate. It is bright and clear, with strong edges and a good deal of fine detail throughout. Why, you can practically count the hairs in Welles' beard when he's speaking directly to the camera in the editing room.

Other times there is a persistent amount of grain that significantly reduces the appearance of fine detail. This is mostly during the reused segments of Reichenbach's footage of de Hory and Irving, but it comes up occasionally in other parts of the film, presumably so that Welles could match the existing footage with what he was shooting later. Still, the graininess works to the films advantage, as it gives it a tone more in keeping with what audiences might think of when the hear the word "documentary."

Other aspects of the image are generally quite nice as well. Obviously, contrast is much higher in the portions featuring Welles. Black levels are strong, while the whites never run too hot or produce a blown-out image. Older footage can be a little lighter than it might otherwise be, but there is no trace of crush or banding anywhere on the disc. Similarly, color is bright and vivid for the most part – again in the newer footage – while having a tendency to appear a tad muted in other places.

Overall, though, this is a good-looking image that manages to turn its weaknesses into strengths.

The uncompressed LCPM 1.0 mix does everything the film needs it to do. This is a relatively simple mix that focuses on presenting dialogue in the best possible way, while occasionally sharing the channel with music. Thankfully, both come out sounding clear. Even Welles' famous baritone voice has a surprising amount of resonance throughout.

While there is little in the way of atmospheric effects, there are a handful of situations where the noise of a busy street mingles with some music or Welles' voice. And while it doesn't offer a truly dynamic multi-channel sound, the mix should be commended for the way it balances the various aspects of the sound, keeping the important parts front and center, while imperceptibly shuffling others into the background.

It's not going to wow anyone with anything but its workman-like ability to produce clear, consistent sound, but this isn't the kind of film that calls for anything more.

Orson Welles: One-Man Band (SD, 87 min.) - Compiled by Oja Kodar and other filmmakers, is this film is modeled after F for Fake's essay film style showing Orson Welles as one of films greatest artists.

Almost True: The Noble Art of Forgery (SD, 51 min.) – Made in 1997, this film is a more investigative, straightforward documentary, looking into the career and claims of Elmyr de Hory. For those who were interested in de Hory during 'F for Fake,' this will provide some excellent information on him.

Trailer (SD, 9 min.) - The trailer that become something more than a trailer, at over nine minutes long and English including new footage that Welles shot after the films completion.

It's not every day someone creates what might be considered a new kind of film. Nor is it terribly common for the same person to do so as spectacularly as Welles did with 'F for Fake.' Although it wasn't received well initially, the film has clearly found a place among cinephiles and Welles fans. Entertaining and charming, the movie is also worth examining over and over again for the way it was assembled and how brilliantly the editing transforms a simple "essay film" into something altogether unique and compelling. With good image and sound, and some tremendous special features, this one comes highly recommended.

Sale Price 27.99
List Price 39.95
Buy Now
3rd Party 19.91
In Stock.
See what people are saying about this story or others
See Comments in Forum
Previous Next
Pre-Orders
Tomorrow's latest releases