A poor young man is finally able to achieve his dream of running a horse at the track, but when he starts becoming successful, he begins to lose sight of what mattered to him before.

As much as two-time Academy Award-winning director Frank Borzage centered his films around the notion of love – especially romantic love – there was always a component of ambition present in the central protagonist's journey. It was part of a culture yearning to transcend and become something more, successful, happy, productive, and appreciated. Whether it was Dolly Madison searching for true love, and in doing so, finding power in her words and influence in 'Magnificent Doll,' or Catherine McLeod repressing her desire to be a concert pianist for the sake of a man's fragile ego in 'I've Always Loved You," whatever it was that his characters wanted, Borzage pinned that want to them, so aspiration and desire ran along the same throughline.

In that sense, emotion, in al its forms, is typically found on the sleeves of all Borzage's characters. And whether or not the character in question is aware his feelings of love toward his wife and child run counter to his deepest desires – as is the case of Don Ameche's bookkeeper-turned-racehorse-owner, Joe Grange in 'That's My Man' – those emotions wind up being examined in a surprisingly astute, if predictably saccharine way.

In 'That's My Man,' the notion of love is once again the crux of the film, but, as Grange subdues the emotion as his success grows, Borzage increases its emphasis by examining what its dearth means. 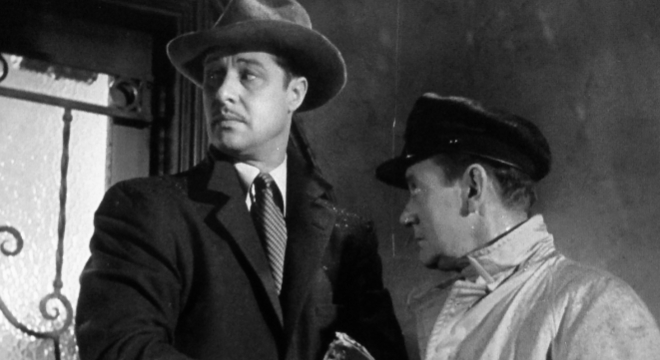 The film begins with cab driver Toby Gleeton (Roscoe Karns) recounting the story of Gallant Man, the undefeated racehorse of Joe Grange and his wife Ronnie (Catherine McLeod), to a cigar chomping sports reporter on the way to the track. Having it be told from Toby's recollection, distances the story from Joe and Ronnie to such a degree that the more highly romanticized bits become forgivable exaggerations on behalf of a close family friend. It's somewhat endearing, while, at the same time, becoming an ingenious way for the director to go full bore on his artistic inclinations regarding the notion of romantic love.

In a sense, 'That's My Man' is as much the story of Gallant Man's astonishing rise to prominence, as it is his owner's. After quitting his day job to gamble everything on his lifelong dream of owning a champion racehorse, Joe's fortune and livelihood are as tied up in Gallant Man's untested prospects as the horse's future is tied up in Joe's unrelenting optimism and refusal to quit. And yet, amidst all of the hope and optimism swirling around Joe and Gallant Man's potential future, they would both be nothing were it not for the largely thankless reinforcement they both received from the unflappable Ronnie.

The film quickly winds its way through the early years of Joe and Ronnie's life together; from their very first meeting to their wedding night spent at a rundown boardwalk hotel after Gallant Man wins his first race. Here Borzage singles out how the heightened emotion of victory is often as much of a rush as the pangs of true love, and yet, because one was sought and the other unintentionally discovered, the confusion of true desire becomes the film's central conflict. It is, in a sense, the idea that desire of one kind can so frequently result in a kind of myopia that even those obsessed with winning and conquest can't see how they've ostensibly struck it rich twice in one night.

As the story progresses to show the meteoric rise and precipitous decline of Joe's fortunes – both in the world of gambling and in his personal life – Ameche's performance maintains a kind of stoicism that is not typically seen in the portrayal of a man whose life is largely determined by chance. Joe is a man with a code, and even when he's on the verge of losing his last dime, he's unwilling to trade in Gallant Man to keep from going broke. And again, when Gallant Man's unprecedented winning streak has him handicapped to the point where serious physical harm is possible, Joe retires his horse – i.e., his dream.

These misfortunes happen almost in tandem with the near dissolution of Joe's marriage to Ronnie, and the increasingly estranged relationship he has with his son Richard. And yet Joe's focus is always on the horse or the empire he came so close to having. That exploration of how the game of chance trumps a sure thing becomes a compelling paradox in the story of a gambler. After all, what's more appealing to a gambler constantly than a sure thing?

In the end, 'That's My Man' represents a different take on Borzage's typical concept of desire. Whereas 'I've Always Loved You' examines the repression of desire, this film is the director's take on excess and how too much of a good thing can ultimately become detrimental to the things that actually matter. It is an entirely common lesson to be learned, but considering the era in which the film was produced, the notion of a man learning when to say when – especially when it comes to his business – is a humanistic lesson that may have struck a deeper chord in one segment of the audience than anything Borzage had done before. 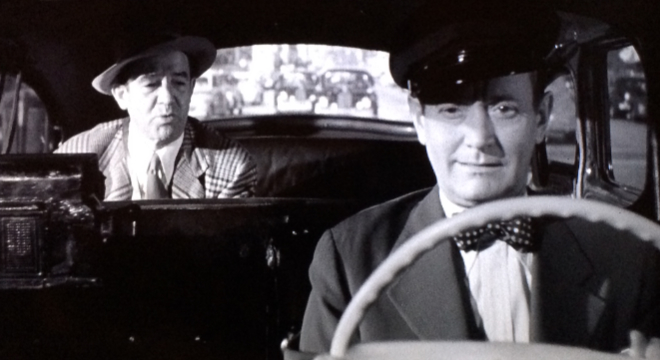 'That's My Man' comes from Olive Films as a single 25GB Blu-ray disc in the standard keepcase. As with all releases from Olive, there are no special features or previews. This release is notable since it restores the full 99-minute version of the film, which had been, for quite some time, only been available in an edited down 60-minute version.

The 1080 AVC/MPEG-4 encoded transfer presents the black-and-white cinematography nicely, paying particular attention to the importance of contrast and grayscale throughout the film. In addition to the high level of contrast, the film is free of banding of any kind and there are no traces of crush whatsoever.  If anything, the dark, inky blacks of the image, and the well-balanced whites are the best features of a competent, but unimpressive presentation.

But the image is also inundated with a heavy and persistent level of grain that, while giving the film the feeling of its era, it can also be somewhat of a detriment in terms of the presentation of fine detail and texture. Furthermore, the film has many instances of artifacts, lines, and scratches on-screen at any given time. These aspects aren't in and of themselves a problem, as few of them actually distort the image, but they do point to certain shortcoming on behalf of the film's HD presentation.

Elsewhere, fine detail is limited for the most part, as it is noticeable primarily in close-up, and then only slightly. Edges are sometimes soft, leading to a slightly hazy look in certain scenes. The horseracing scenes are surprisingly sharp, however, and offer some impressive detail and texture on the animals in question.

All in all, this is a better-than-expected image that still comes up a little short in the detail department.

Given a DTS-HS Master Audio 2.0 mix is something of a surprise, but a pleasant one nonetheless. Dialogue comes through very cleanly, as the mix certainly focuses on the vocal aspects of the soundtrack above all else. Actors are never tinny or delivered with echo; they are strong and resonant, and show a good amount of range.

Where the mix falls short, however, is in the atmospheric department, as the more immersive elements of the film – like the sound effects and the score – often come across as unbalanced and a somewhat anemic. Both elements sound as though they're battling it out for what little space is left outside the dialogue, and the result is a slightly hollow effort that undercuts the emotional intensity of certain moments that could have used the big swell of music to highlight the affecting moments of a scene.

On the plus side, though, the mix is free of any distortion, clicks, or scratches, which makes it a serviceable sounding mix that delivers strong dialogue at the expense of all else.

'That's My Man' does not contain any special features.

A charming film about the way life often pulls an individual toward two desires simultaneously, 'That's My Man' puts an interesting slant on what has been expected from a director as interested in romance as Frank Borzage. Don Ameche is terrific in his role, as is Catherine McLeod, even though she doesn't get as much screen time as she did in 'I've Always Loved You.' Even though the picture is just slightly better than average and the sound a shade lower than that, this one is still worth a look.

Sale Price 11.9
Buy Now
3rd Party 9.99
In Stock.
See what people are saying about this story or others
See Comments in Forum
Previous Next
Pre-Orders
Tomorrow's latest releases