"You can't have a masterpiece without madness."

For nearly two decades after its 1965 publication, Frank Herbert's landmark science fiction novel 'Dune' was a hot property for film adaptation. Several notable directors, including David Lean and Ridley Scott, entered and left the project before it wound up in the lap of David Lynch, whose 1984 film was released to both critical and viewer scorn. Between these attempts, the movie rights to the book were held for a time in the very unlikely hands of Chilean surrealist filmmaker Alejandro Jodorowsky, who didn't care one whit about the novel except as a launching pad for his own very grand ambitions to make the most epic of all sci-fi epics. Jodorowsky never got the chance to actually film his 'Dune', but a new documentary tells the story of what might have been one of the strangest movies ever conceived.

Known for his bizarre cult Western 'El Topo' and the drug-trip psychedelia of 'The Holy Mountain', Jodorowsky was hardly the first name anyone would think of to helm a sci-fi blockbuster (not that David Lynch was either, of course). Nevertheless, he enthusiastically toiled away at 'Dune' for a few years during the 1970s, pulling together an amazingly diverse array of talent. Orson Welles, Mick Jagger and Salvador Dali were to headline the cast. H.R. Giger worked on the production design while Jean "Moebius" Giraud imagined the costumes and creatures. Dan O'Bannon (later screenwriter of 'Alien') would create the special effects and Pink Floyd would compose the soundtrack. Author Herbert had no involvement in the production, but visited Jodorowsky and reported that his screenplay was "the size of a phone book" and, as far as he could tell, bore little resemblance to the original novel. (Herbert regarded this more with amusement than offense.) With a straight face, Jodorowsky claims that he expected the movie to run somewhere between 12 to 20 hours long! As far as I'm aware, this was planned to be a theatrical feature, even at that length, not a TV miniseries. This seemed perfectly reasonable to the director.

After spending $2 million on pre-production, Jodorowsky lost his financial backing. His adaptation of 'Dune' fell apart shortly after the script was completed and never went before cameras. Over time, this failed non-starter of a movie attained the status of legend. Production artwork from Moebius, Giger and illustrator Chris Foss – featuring colorful, mind-bending designs for spaceships, creatures and costumes – circulated in various fan journals, art books and eventually the internet. Jodorowsky himself spun many tales of his wild ambitions. He wanted his film to embody a perfect visualization of an LSD trip, and claimed that it would have the power to alter the very consciousness of anyone who watched it without the need for chemical assistance. You wouldn't have to take drugs to understand his movie. Jodorowsky's 'Dune' was to make cinema itself the drug. He believed that his movie would change the world.

Depending on your perspective and personal affinities, Alejandro Jodorowsky was either a visionary or a lunatic – probably both. Needless to say, fans of the 'Dune' novel would not have appreciated the director's plans for his movie. As if members of the Frank Herbert cult didn't throw enough of a tizzy over David Lynch's addition of "Weirding Modules," I can scarcely imagine the psychological trauma they'd endure when they saw what Jodorowsky envisioned. Without any question, Jodorowsky's film would have been a terrible adaptation of the book. The man himself declares with a smile, "When you make a picture, you must not respect the novel," and, "I was raping Frank Herbert… but with love."

In most likelihood, Jodorowsky's 'Dune' would have also been a pretty bad movie of its own accord. His ideas were too wacky to possibly make a coherent story (as if he cared about that at all) and so outrageously elaborate that there's simply no way he could have ever pulled them off within his expected budget and resources. However, with that said, it also certainly would have been a fascinating bad movie. A vision so unique and so powerful as Jodorowsky's demands attention, even if the movie itself wound up a grand folly. Imagine something like John Boorman's 'Zardoz', but magnified about a dozen times in scale and weirdness. Most viewers who sat through the movie would either hate it with a burning passion or laugh it off the screen, but a small cult attuned to the director's wavelength would positively worship it. 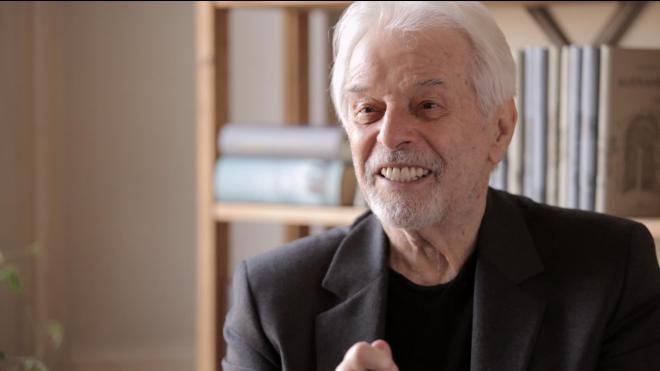 Almost four decades since the project collapsed, 'Jodorowsky's Dune' finally came to cinema screens, in the form of a documentary about Alejandro Jodorowsky and his movie-that-almost-was. Director Frank Pavich puts Jodorowsky himself front-and-center as the main interview subject. 84-years-old at filming and still going strong, he's quite a character and his enthusiasm is infectious. In particular, he tells some pretty funny stories about Salvador Dali. The movie also showcases a lot of fabulously strange production art, much of it available elsewhere previously but some new, and a few pieces newly animated. Also featured are interviews with some interesting participants, such as Chris Foss, H.R. Giger (obviously recorded prior to his recent death) and producer Gary Kurtz. Some audio clips are identified on screen as being the voice of Dan O'Bannon, who died in 2009, but they sure sound like Jeff Goldblum (presumably reading quotes from O'Bannon) to me.

Unfortunately, the movie also mixes in some interviews of dubious merit, including blogger Devin Faraci and pretentious poseur director Nicolas Winding Refn (who has never seen a movie he didn't immediately want to copycat). For a movie about such an unconventional, innovative filmmaker, the documentary is a disappointingly conventional talking-head affair that provides only a superficial overview of the topic. Going in, I expected a more substantive look at what Jodorowsky actually planned to do with 'Dune' and how his story would have diverged from the Frank Herbert novel. For example, I've read that his movie would have included a great deal of anti-Catholic themes and symbolism. Nothing about that is mentioned here.

Beyond drawings of crazy-looking spaceships and vague talk about creating an experience that would blow viewers' minds, the documentary hardly offers anything specific about what Jodorowsky wanted to put in the movie or how he expected to accomplish it. Were any models or costumes actually created? Was any test footage shot? For that matter, Jodorowsky pulls out a monstrously thick production bible of script notes and drawings (and Refn brags about reading the whole thing), but we're only allowed a couple of brief glimpses inside it. I really would have appreciated a better explanation for why the project imploded a little more detailed than Jodorowsky shrugging that he didn't get the money he wanted. Whom did he go to? Why did they reject him? Did he attempt to cut down his script to work with a smaller budget?

Ultimately, 'Jodorowsky's Dune' is a celebration of Alejandro Jodorowsky as an eccentric genius with lots of crazy ideas. It's an entertaining watch, but I don't feel that I learned much that I hadn't read years ago. I imagine that the documentary will probably play best to viewers who'd never heard of Jodorowsky or his failed adaptation of 'Dune' until watching. Perhaps the film's real accomplishment will be to expose new people to Jodorowsky's work so that they may seek out his other movies.

'Jodorowsky's Dune' was released theatrically and debuts on home video courtesy of Sony Pictures Classics (distributed by Sony Pictures Home Entertainment). Inside a basic keepcase are both Blu-ray and DVD copies of the film. Annoyingly, both discs open with a commercial and five forced trailers before their respective main menus.

Based on this effort, documentarian Frank Pavich is not a particularly daring filmmaker. 'Jodorowsky's Dune' is a very simple and straightforward talking-head piece shot on 16:9 digital video with plenty of flat, soft lighting. Everything looks bright and crisp, with nicely saturated colors and decent contrasts. The close-up views of the artwork are high-resolution and very detailed. Some minor color banding is the only technical demerit that the 1080p/AVC MPEG-4 transfer suffers, and it's easily forgivable.

Video clips from other movies (mostly Jodorowsky's film work) look much rougher. Some appear to be standard definition, even though superior copies exist on home video. The only brief clip from David Lynch's adaptation of 'Dune' looks considerably inferior to the domestic Blu-ray from Universal Studios. This might be a licensing issue. 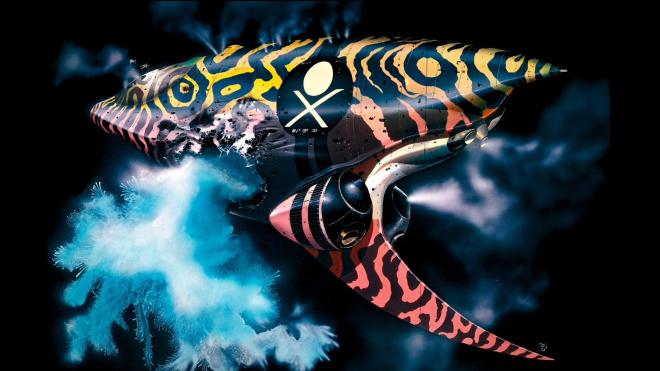 The DTS-HD Master Audio 5.1 soundtrack likewise rarely calls much attention to itself. Dialogue is clear and intelligible (though Jodorowsky is subtitled due to his very thick accent and tendency to switch back and forth from English to Spanish). The electronic score is resonant and reverberant, with occasional surround activity and mild but effective bass. This is a documentary, not an action movie. Unless the audio quality had been particularly horrible (which it's not), I doubt I would have even noticed the soundtrack if I weren't required to take notes and review it. For what it is, it's perfectly fine. 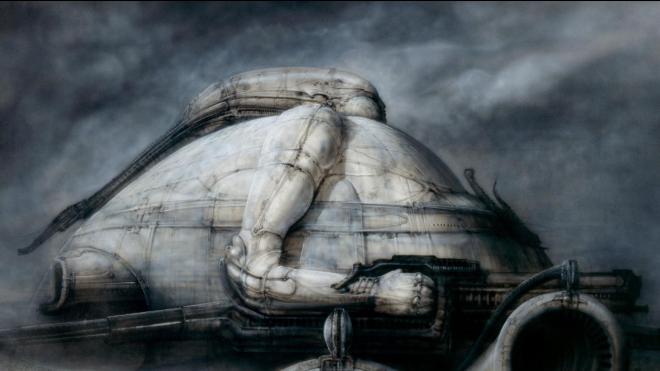 Both the Blu-ray and DVD share the same bonus features.

I've been intrigued for years by the story of Alejandro Jodorowsky's aborted attempt to make a surreal, acid-trip adaptation of 'Dune' back in the 1970s. When I first heard word that a documentary on the subject was finally in the works, I couldn't wait to see it. The eventual film is a little disappointingly shallow, but provides an entertaining enough summary of the project to merit viewing.