A thief, a murderer, and a charming lady-killer, Iwao Enokizu (Ken Ogata) is on the run from the police. Director Shohei Imamura turns this fact-based story—about the seventy-eight-day killing spree of a remorseless man from a devoutly Catholic family—into a cold, perverse, and at times diabolically funny examination of the primitive coexisting with the modern. More than just a true-crime tale, Vengeance Is Mine bares humanity’s snarling id.

Whether he was crafting a story from fiction or documenting the facts of an individual's life, Shohei Imamura largely gravitated toward stories told by and about characters amongst the Japanese working class. His films were the kind that blended the factual with the fictional in a way that proposed a heightened reality, even when their reality was presented in the starkest manner possible. Imamura's propensity for intermingling the grounded with the extraordinary made him the perfect filmmaker to tackle the fact-based story of a sometimes-charming thief and murderer during the 78-days he spent running from the law in the captivating, intricate 1979 film 'Vengeance is Mine.'

The story largely revolves around Iwao Enokizu (Ken Ogata), and the roughly two-and-a-half months he spent on the run from authorities for crimes ranging from theft to fraud to murder. Brutal and despicable as his crimes were, Iwao is not your average thug or lowlife. His intelligence is matched only by his rapaciousness and irascible personality. He is as quick to violent outbursts as he is to change his identity to suit his next temporary conquest. Iwao is chameleonic in a way that is suggestive of Patricia Highsmith's Tom Ripley, if Tom were to have not only seen the end coming, but also welcomed it.

This understanding that Iwao has of his inevitable apprehension (despite his many attempts to avoid it) and the eventual consequences he will have to face for his crimes stems largely from growing up the son of a devout catholic. Though Iwao is never seen actively participating in Catholicism, the film and the character are immersed in the vocabulary and iconography of religion. In an early scene, police detectives question a former lover of Iwao's, paying particular attention to the crucifix necklace he gave her. Later on, the same detectives interview Iwao's then-ex-wife, as she works in one of Japan's many hot springs, cooking and selling what are known as hell eggs. 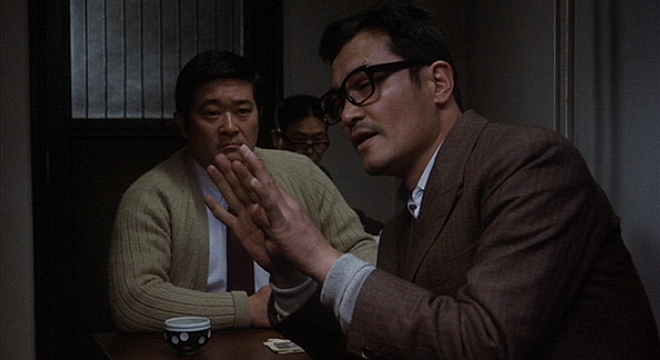 The focus on religion and morality is most prominent when the film temporarily shifts its gaze from Iwao to his father Shizuo Enokizu (Rentaro Mikuni), and the taboo, sexually charged relationship he develops with his daughter-in-law Kazuko (Mitsuko Baisho), while his own wife – Iwao's mother – slowly succumbs to a life-threatening illness. Shizuo's relationship with his son's estranged spouse is part of the film's multi-layered exploration of its characters via the mixing of several contradictory elements, to see how they will react with one another – which, in this case, is usually in a forceful, passionate, and brutal fashion.

Shizuo's age, his religion, the temptation of Kazuko, and his son's abject immorality help underline Imamura's exploration of moral decay in the 20th century – specifically during the tumultuous decade of the '60s. His decision to explore Iwao's life out of order by jumping to pre- and post-World War II, and a few stops in between until the mid-1960s – informs as much on the shifts in character morality as much as it does the changing social mores of the modern world.

It's also one of the reasons time plays such an important role in the film, and why it is documented so deliberately.

Imamura begins his film focusing on Iwao in the back of a car with two detectives, as their police convoy winds its way up a long mountain road. The director is visually laying the groundwork for the kind of twisting story he is about to tell. At the same time, Imamura is underplaying the dramatic currency of the typical cat and mouse story by presenting the film's protagonist as already having been apprehended. Once this is established, only then does the director allow the story to turn in on itself through a series of narrative switchbacks, looking at where these characters have been, albeit from a slightly distanced and informed vantage point.

Those switchbacks control the film's ascent, and give the narrative freedom to move backwards and forwards without staling out the progression of the story. As it is assembled, every scene matters, even though the organizing principle may not immediately be clear. Whether it involves Iwao and the detectives questioning him; Iwao and the casual sexual affairs he has along way to being apprehended; or Iwao visiting his father after learning of Kazuko's infidelity with a railroad worker, each scene gently cultivates the a small plot from which an entirely new narrative could germinate. And yet, Imamura deftly arranges these scenes in such a way that their conclusion or lack thereof – Shizuo and Kazuko's sexual attraction to one another is sublimated to an almost unbearable degree – is funneled to a surprising, indelible denouement involving cast off remains that seemingly refuse to be resigned to final a resting place.

That bit of surreality elevates 'Vengeance is Mine' above a mere true-crime time, and into a place where, like its unsettling ending, is not wholly one thing or another, but an odd mix of many disparate elements, just like the man at the center of its unusual, and unusually well-crafted narrative. 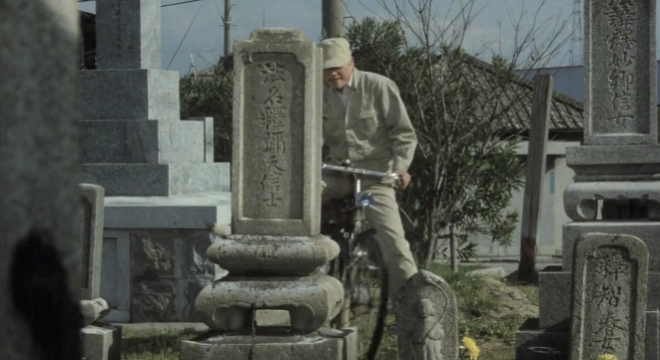 'Vengeance is Mine' comes from Criterion as a single 50GB Blu-ray disc in the standard Criterion keepcase. The spine is numbered 384. The disc has been given a new 2K high-definition film transfer with a new uncompressed monaural soundtrack. Included with the film is a 32-page booklet featuring an essay by critic Michael Atkinson, an interview with Imamura from 1994, and some selected writings by the director on the subject of his film. The back cover of the booklet also includes a map detailing the locations of Iwao Enokizu during his 78 days on the run.

The film has been given an exacting high-definition transfer, producing an image that exudes every bit of the late-'70s film aesthetic, while looking rich, detailed and colorful all the same. The image is most notable for its consistent golden, hazy color palette, which, even when the film opens during twilight, as a light snow is falling, it is still reminiscent of the earthy hues that dominate the rest of the image.

Color plays a predominant role in the image, as the middle-class being explored are seemingly always just a stone's throw from the street. As such, the image renders all colors evenly, until Iwao and his latest sexual conquest find themselves in Tokyo, amidst all the neon and streetlights, where the vibrancy is turned up a notch, to evoke the importance of the geographical and economic shift. The colors are always sharp and never over saturated, even the early moments of the film where the earthy, dusty colors are most prevalent, the color is consistent and even.

Although there is just a hint of grain at times, fine detail is strong throughout, but is at its best during close-ups. Textures and background elements are distinct throughout, giving the image a tremendous amount of depth that accentuates the importance of location for the character and the narrative. Similarly, contrast levels are also quite high, giving the film a nice balance with deep, inky shadows and even whites that are bright but not blown out.

The image is also completely free from scratches, noise, or other artifacts that is indicative of how comprehensive the restoration process was.

Presented in a deep, well-balanced DTS-HD Master Audio 1.0 mix, the soundtrack of 'Vengeance is Mine' handles its various elements quite well. From its jazz-filled staccato opening to the more traditionally scored moments throughout, music comes through as cleanly as the dialogue and other elements, but with a richness that is unsurpassed by anything else. The cleanliness of the score allows it to stand out in striking ways and accentuate the emotionality of certain segments to the utmost degree.

Dialogue is also presented very cleanly and without any trace of echo or the tinny aspects that can tarnish older soundtracks. Similarly, sound effects also come through with clarity, though some of them lack the resonance or aggressiveness of what's seen on screen or is otherwise present in the film's score.

A few quibbles aside, this is a very nice sounding mix for a film that surprisingly relies on its soundtrack as much as it does its visual element.

Audio Commentary with critic Tony Rayns – Rayns gives a detailed commentary about the film that is primarily focused on the action presented on-screen, but with some fascinating insight into the director's methods and background, and how those elements led to this film being created in the way that it was.

Shohei Imamura (SD, 10 min.) – This is an excerpt from an episode produced by the Directors Guild of Japan, wherein Shohei Imamura discusses 'Vengeance is Mine' with frequent collaborator Kunio Takeshige and Ken'ichi Benitani. In lieu of a commentary from Imamura, this interview – though brief – is a compelling look into the director's thought processes, specifically as they refer the film at hand.

The term "fact-based" can mean almost anything when it comes to film. Today, it is an overused term slathered on the latest found footage snoozefests to try and justify the cheap thrills of a first person P.O.V. Otherwise, it is used in the opening credits of films like 'Fargo,' to jokingly suggest that the incredibly heightened reality of the Cohens somehow proves the adage: Truth is stranger than fiction. Imamura utilizes the term in a surprisingly imaginative and thought-provoking way by bridging the gap between salacious crime fiction and the documentaries he spent so much of his career making. Those films frequently explored facts to force those watching, as well as those depicted, to face some kind of truth. And in 'Vengeance is Mine,' Imamura exhibits a similar kind of sensibility, while still bringing plenty of the salacious nature of crime fiction into focus as well. The film comes highly recommended.

Sale Price 21.61
List Price 39.95
Buy Now
3rd Party 15.99
In Stock.
See what people are saying about this story or others
See Comments in Forum
Previous Next
Pre-Orders
Tomorrow's latest releases