In the tradition of It’s a Wonderful Life… everyone in town agrees that there ought to be more good Samaritans like Sam Clayton (Gary Cooper, High Noon). Sam is a department store manager and a devoted family man. Unfortunately for Sam, no good deed goes unpunished. When Sam loans the family car to the neighbors … he gets sued when they have an accident. When he invites his brother-in-law for a visit – much to the dismay of Sam’s wife (Ann Sheridan, Kings Row) – the man stays around for six months. Sam is even willing to loan his own family savings to a young couple so they can start their own business and have a baby. Eventually, Sam learns why nice guys finish last when he himself needs someone to turn to! Legendary director, Leo McCarey (The Bells of St. Mary’s, An Affair to Remember) directed this dark comedy with gorgeous black-and-white cinematography by the great George Barnes (The File on Thelma Jordon, Rebecca).

Of all the things from the 1948 Gary Cooper comedy 'Good Sam' that leave an impression, the most resonant would have to be the infectious laugh of co-star Ann Sheridan.

Cooper stars in this saccharine ode to compassion and empathy as Sam Clayton, a department store manager and devoted family man who has never seen an individual in need that he cannot find some way of helping. Of course, that usually means opening up his wallet and, in some cases, emptying out his family's bank account to help a stranger in need.

For her part, then, Sheridan plays Sam's put-upon wife, Lucille 'Lu' Clayton, an energetic young woman with hopes and dreams for her family that wind up being placed on the backburner, as Sam routinely sets the family back financially with his penchant for offering loans and spare cash to everyone from the young couple who used to live next door to the mechanic who has stopped by to collect on fixing another neighbor's car. Through it all, Sheridan maintains her status as something of the ideal woman. She is as devoted to her husband as he is to her, yet, unlike the altruistic Sam – or, rather, because of Sam's addiction to altruism – Lu finds her resolve and devotion tested far more frequently than her husband's ever would be. The fact that it is due to his overwhelming desire to help others only makes it worse. 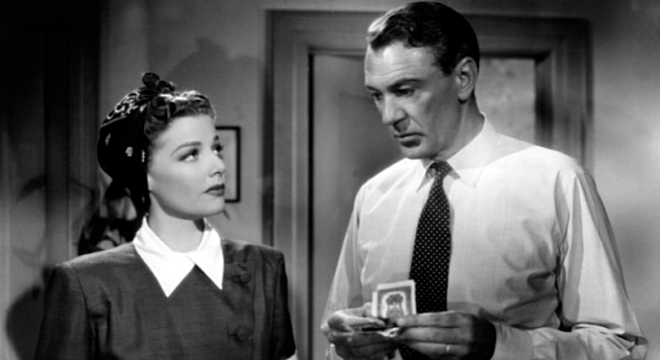 And yet, it is when Sam and Lu find themselves even more down on their luck after their (literally) near-sighted neighbor wrecks the car Sam lent him, and the Claytons are slapped with a lawsuit, Lu's response is to break out in side-splitting laughter that is so contagious, it's impossible not to laugh along with her. That kind of convincing laughter is rare in any performance, and what makes it even more singular, is that it is not birthed from some kind of cynicism, but rather a "here we go again" kind of attitude that suggests even though Lu is constantly on the verge of another disappointment because of Sam's self-serving self-sacrifice, she's reconciled herself to that life. It works because the audience believes that it's the life Lu couldn't live without.

Directed by Leo McCarey ('An Affair to Remember'), 'Good Sam' is a light and airy bit of nostalgic filmmaking that is set apart by far more than its black-and-white visual aesthetic, spearheaded by cinematographer George Barnes. It is a film wholly of a time when post-World War II Americanism was going strong, and having a family, a good, steady job, and, of course, a home, was apotheosis of being an American. As such, the basic tenets of the American Dream are woven throughout the slight storyline of a man who can't help himself from helping others, even though it seems that for all his good deeds, none of it is ever reciprocated on him.

Cooper is his typical charming self; a little less stoic than he is elsewhere, and that slight alteration serves his depiction of Sam quite well. Cooper's Sam is not so much beleaguered by the fact that he's keeping his wife, from having what she most wants, as he is troubled by the fact that, for all the good regularly does, there're so many who could still use his help…or his money. Cooper plays Sam as kindly and warmhearted without being naïve or so interested in the lives of others he comes off creepy or otherwise full of himself. There is an awareness that is integral to the depiction of Sam that Cooper is capable of generating with great ease. Instead of the typical antihero who becomes sullen after every extra-marital affair or underhanded dealing, Cooper's tall shoulders slouch a little every time he dips into the family savings to help out a stranger.

What little plot there is revolves around Lu's growing desire to purchase her dream home, and all the work she's put into saving what money she can keep out of the hands of strangers, so that her family can have a place to truly call home. In that, Sheridan matches Cooper's charm and then some by expressing Lu's desire – and frequent disappointment – without coming across as pouty or undeserving of the things she wants.

And somehow, in all of this, the film finds several genuinely comedic moments, as Sam and his wife deal with some of the most needy people ever seen on film. The exaggeration works for the most part, as much of the humor comes from the central conceit that there was never a request Sam could say "no" to.

As such, 'Good Sam' is something of a comedy of manners, where the affectations that are being satirized are those of the American middle class, rather than the elite. To put it another way, the film might be seen as an early example of cringe comedy, wherein an uncomfortable situation goes on for as long as possible in an effort to wring every last awkward laugh from it. The effect isn't always successful, but more often than not, Sheridan is standing at the ready with good quip or that laugh of hers to stand in when everything else is starting to look deflated.

In the end, 'Good Sam' relies entirely on the charisma of its two leads, who are more than capable of holding their own in scenes that go on for what seems like ages, and occasionally meander into pointlessness. Cooper and Sheridan, however, never falter in bringing tremendous energy to the simplest of tasks. When the film finally reaches its expectedly saccharine denouement, the resolution feels like it took the longest route possible in getting to the end with nothing more than Sheridan and Cooper's consistency pushing it through the final 20 minutes.

If nothing else, then, 'Good Sam' proves that even when the story is well past the point of dimming, some high wattage stars can make anything seem captivating for a few minutes longer. 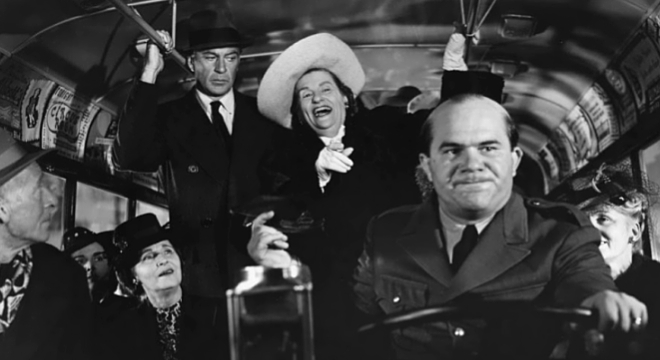 'Good Sam' comes from Olive Films as a single 25GB Blu-ray disc in the standard keepcase. As with all Olive releases, there are no special features; it's the movie and only the movie.

The film is presented with a 1080p AVC/MPEG-4 encoded transfer that does what it can with the aged film and comes away with an average image that is serviceable, but fails to impress. Mostly, this is due to scratches and other artifacts being readily present throughout much of the film.

Fine detail is moderately apparent throughout, and is sometimes further hampered by some scenes with soft focus. Whether those moments are due to the film's age or other reasons is difficult to tell, but thankfully they aren't terribly prevalent. Texture is in pretty much the same boat, it is visible in some scenes where the camera is close on the actors or certain objects, but it is limited the further back the lens pulls.

Contrast is actually quite high, with black levels being strong throughout. This is in addition to the fantastic grayscale that offers a great variety in the black-and-white image. Whites are never blown out, or look too hot.

Overall, the image certainly isn't bad, but aside from the contrast being on point, there's not much to crow about either.

The DTS-HD Master Audio 1.0 mix handles its job quite well. There's honestly little that needs to be done in terms of the sound being relative lack of complexity, but the sound still comes across as being surprisingly deep and occasionally rich.

Dialogue is quite easily heard, and it always manages to come through cleanly and without any hissing or sign of scratches. Moreover, the mix balances all the other elements in such a way that nothing feels as though it is competing for a spot. Sound effects are surprisingly strong, while the musical score comes through with convincing power without overwhelming the entire production. There are even a few instances where the atmosphere of a busy department store or city street has more range that one might expect.

Even though the sound isn't terribly dynamic, the mix here does a very nice job of offering a sometimes surprisingly deep audio experience.

'Good Sam' does not contain any special features.

'Good Sam' deftly walks a fine line between being entertainingly saccharine and cloyingly sweet. For the most part, it does a commendable job of staying on the right side of that divide. Cooper is quite good in the lead role and his performance is augmented dramatically by the wattage of his wonderful co-star. It's no wonder the two share above the title billing. Although the disc isn't terribly impressive, with an average image and no special features, the sound is surprisingly strong. This one comes down to the entertainment value of the film itself, which in this case means its definitely worth a look.

Sale Price 18.73
Buy Now
3rd Party 17.45
In Stock.
See what people are saying about this story or others
See Comments in Forum
Previous Next
Pre-Orders
Tomorrow's latest releases