Our review of the UK steelbook import of 'Scanners' is available here.

With 'Scanners,' David Cronenberg plunges us into one of his most terrifying and thrilling sci-fi worlds. After a man with extraordinary—and frighteningly destructive—telepathic abilities is nabbed by agents from a mysterious rogue corporation, he discovers he is far from the only possessor of such strange powers, and that some of the other “scanners” have their minds set on world domination, while others are trying to stop them. A trademark Cronenberg combination of the visceral and the cerebral, this phenomenally gruesome and provocative film about the expanses and limits of the human brain was the Canadian director’s breakout hit in the United States.

Like many of David Cronenberg's early films, 'Scanners' was really ahead of its time. Not so much in terms of visual effects — though they are gorily awesome and continue to shock to this day — but in regards to the themes and subject matter the Canadian filmmaker often explored. He takes audiences by surprise with his fascination with the possibilities of achieving a higher state of consciousness and the next step in human evolution. Unfortunately, from Cronenberg's perspective, attaining this abstract reality of presumed progress is a painful process that almost always requires a violent dissociation from the material, concrete world, which often necessitates our physical bodies. More interestingly, his "body horror" approach comes with intriguing social and cultural commentary. 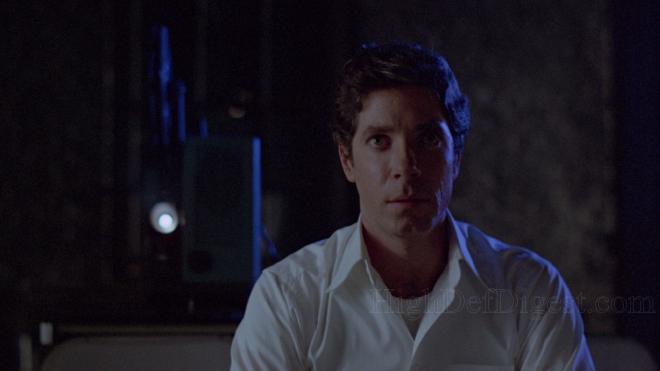 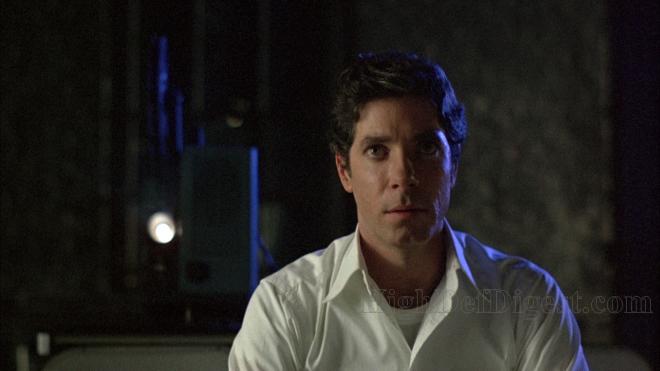 If not for the telepathic and telekinetic element, what we see in the film is an extreme form of the power of suggestion, of an outside powerful influence upon that the thoughts and actions of others. Ironically, "scanners" may be born with the power to control people, but they seem especially sensitive to the opinions and judgments of those around them, which is made all the more traumatic by the fact that they hear the mental thoughts of strangers, sometimes all at once as in the case of Vale. Secret underground societies have formed throughout the city, like the one run by the stunningly beautiful Kim Obrist (Jennifer O'Neill in top form) which Vale tries to join. The group is more of the hippie, free-love variety that believes the power as the next evolution of human enlightenment meant for good.

This Blu-ray edition of David Cronenberg's 'Scanners' comes by way of The Criterion Collection (spine #712) as a three-disc combo pack. The Region A locked, BD50 disc is housed inside a gatefold plastic tray that comes with a side-sliding slipcover while a pair of DVD-9s sit comfortably atop one another on the opposing panel. The package is decorated with brilliant and original artwork by Canadian comic artist Connor Willumsen, and it also includes a 16-page booklet with more artwork and an insightful essay entitled "Mind and Matter" by British journalist, film critic and fiction writer Kim Newman. There are no trailers before being greeted by the standard menu options and a splendidly animated screen with music. 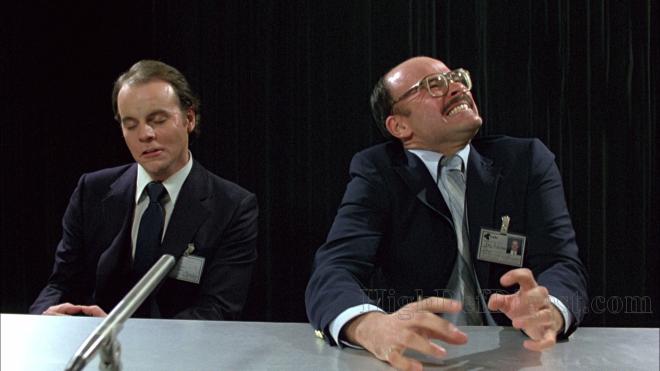 According to information in the accompanying booklet, this 1080p/AVC MPEG-4 was created in 2K resolution from a 35mm interpositive and supervised by David Cronenberg. The results are absolutely fantastic, taking home the best possible presentation of the sci-fi horror classic ever released on any home video media. For the most part, the high-def transfer is comparable and on par with the UK import by Second Sight Films; however, I will give this Criterion release the slight edge, showing a tad more detail and clarity in nearly every scene. Nevertheless, since the two are quite similar, I will repeat much of what I wrote previously.

Bricks on buildings are distinct, threading on clothes is well-defined and facial complexions are incredibly revealing with lifelike textures. The cinematography is intentionally on the gloomy side, but contrast here is tad on the darker spectrum and better balanced with clean, crisp whites, which we can safely assume is truer to the source than Second Sight's release. The color palette is more natural and true to life, favoring steely blues as oppose to the teal-like hues seen in the UK version. The image is awash in a thin layer of grain, giving it an appreciable film-like appeal. The only drawback to this 1.78:1-framed presentation, Cronenberg's preferred aspect ratio, is related to the condition of the source.

Both versions come with their share of scenes which are poorly-resolved and a bit on the blurry side, making grain appear a bit thicker, and which has more to do with the condition of the elements than with the transfer. Blacks waver just a tad from stable to murky, and shadows can be too prominent at times, obscuring some of the finer details in the darker portions. All things considered, this is a fantastic and at times stunning HD video of a long-time Cronenberg favorite, making it the best release yet. 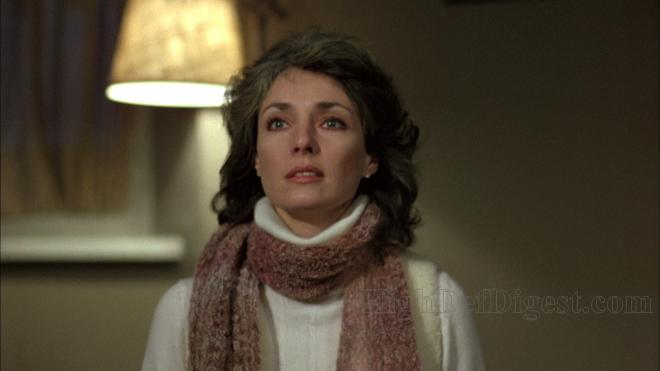 As with the video, I would give Criterion's release of this cult classic the slight edge, not necessarily because it's any better but because it's faithful to how the film was originally presented in theaters. Again, the booklet explains that this uncompressed PCM monaural soundtrack was remastered at 24-bit from the original 35mm magnetic track. Despite being delivered in only one channel, imaging offers a hearty and highly-engaging presence with a clean and extensive dynamic range, allowing Howard Shore's score plenty of detailed clarity. Background activity is discrete with a convincing and decently broad soundfield while dialogue reproduction is intelligible and distinct in the center. Bass is appropriate and adequate for a film of this vintage, but it provides plenty of depth to the action. In the end, this is an awesome lossless mix devoted fans will absolutely love. 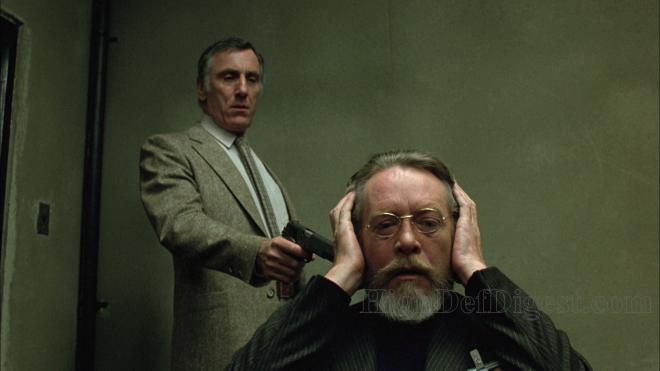 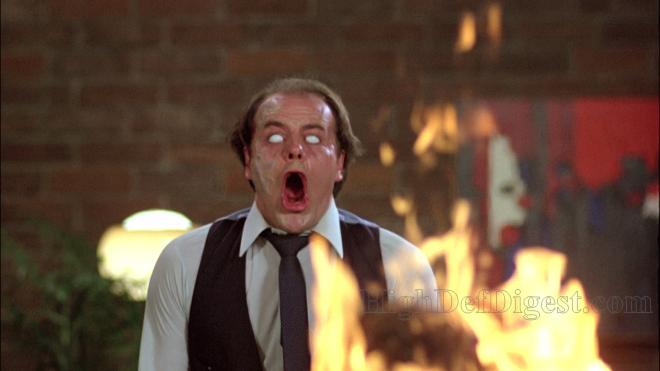 Although it can be considered an early work in David Cronenberg's cannon showing his penchant for "body horror," 'Scanners' is also smart, subtly enlightening, and gorily entertaining. Over the years, the film has grown in stature and beloved as a cult sci-fi horror classic that still manages to surprise and shock thirty years later. This Blu-ray edition from The Criterion Collection arrives with an excellent audio and video presentation and a healthy collection of new bonus material sure to keep owners satisfied. This is highly recommended for neophytes and a must-own for devoted Cronenberg fans and cult enthusiasts.

Sale Price 45.89
Buy Now
3rd Party 45.89
In Stock.
See what people are saying about this story or others
See Comments in Forum
Previous Next
Pre-Orders
Tomorrow's latest releases