Brought together by a vandalism incident at their children's school, a group of single mothers from different walks of life bond, and create a support group that helps them find comedy in the obstacles of life.

If not for one genuinely touching moment where the ladies of 'The Single Moms Club' talk candidly to each other and realize where they failed as parents, this latest Tyler Perry motion picture event would be a complete dud. Starring Nia Long, Wendi McLendon-Covey, Zulay Henao, Cocoa Brown and Amy Smart, one frantic mother's search for her runaway son opens a discussion about the difficulties of raising children alone. In this one decently tender back and forth, Perry, whose usual style behind the camera is a flavorless mélange of mediocrity, hints at a sudden flash of ingenuity that comes close to redeeming the entire film.

It's a climactic turning point for their respective characters in a comedy drama that up to then failed to ever be funny or sincerely engage the audience beyond some trivial, superficial stereotyped standpoint. And yet, it fails as a whole because the scene is too little, too late and Perry can't sustain the emotional weight he just created through to the end. We never see the kids ever open up to the other moms, but Perry nonetheless wants us to accept that someone else's kid poured their soul to a complete stranger, an outsider they hadn't met until the night a mom performed babysitting duties so that the others could enjoy a night off.

Feeling better suited for a situational sitcom, Perry juggles the personal lives of each of his female characters with equal attention, never favoring one over the other, including those scenes in which he makes an appearance. So, kudos to him and his ego. But in doing this, he creates shallow, perfunctory and grossly conventional personalities while still maintaining the illusion of being insightful. And it's a pretty flimsy illusion at that, a tediously mundane study — if that's even the right word — on single parenting that should have premiered on the Lifetime or OWN channel. I shake my head at the news that Oprah Winfrey has plans already while also bowing my head in shame for knowing this.

Long's May Miller is an aspiring writer with an angst-ridden preteen that continuously tests the parameters of their parent-child relationship, predictably crying out loud he'd rather live with dad. Smart's Hillary Massey is a familiar sob story about bad divorces, learning to be a mom after the maid had been thanklessly doing it and trying to get her groove back with the hot next-door neighbor (Ryan Eggold), with whom she shares one surprisingly hilarious conversation riddled with inappropriate innuendoes. Henao's Esperanza Luego is the token Latina whose otherwise fiery sassiness and tough-love parenting is incessantly undermined by a controlling and overtly-jerkish ex-husband. 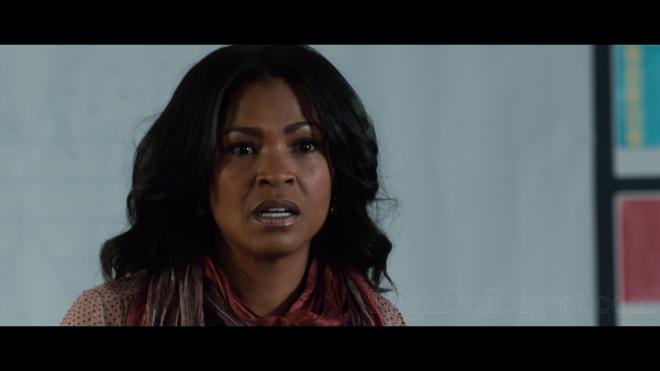 These ladies, in particular, are so general, typical and nondescript that they are a paint-by-numbers collage of routine traits that have been explored by better, stronger writers in the past. The only women who make this hen-house remotely watchable and the least bit unique are Brown's Lytia Wright and McLendon-Covey's Jan Malkovitch, two relatively believable but very disparate personalities — mostly because Jan is a closeted bigot — who eventually find credible common ground. Both actresses play off each other with excellent timing and rhythm, making their loud-mouthed, strong-willed characters immediately likeable and genuinely funny.

By far, Brown has it the toughest of the bunch as a single, hard-working mother raising five children — two of whom are incarcerated — and hiding her insecurities well, sadly believing she doesn't have the time for Terry Crews' relentless affections. McLendon-Covey interestingly is a career woman and single-mother by choice, as in she planned to do it on her own, but her always-under-threat position with a publishing firm plays a far-more damaging role as a threat to her relationship with her daughter. I understand that Perry wants each of his characters to share screen time, but the other three are ordinary and boring compared to Brown and McLendon-Covey's stories, who really deserve center stage.

Regrettably, even this little bit for something more meaningful is buried and lost among an ocean of bad writing and dialogue, so generic and bland that it really begs the question of why Tyler Perry is so popular. It's a mystery that belongs in the annals of larger, more bizarre unknowns, like Stonehenge, the identity of Jack the Ripper, Lady Gaga and does Miley Cyrus actually believe she's edgy and sexy? We'll probably never know or understand why there exists an audience for Perry's grab-bag of clichéd banality, immersed in a trivial viewpoint of reality. In spite of some very, very small, lightly inspiring moments, 'The Single Moms Club' is just another in a long-line of Perry's ordinary, conveyor belt products.

Lionsgate Home Entertainment brings 'The Single Moms Club' to Blu-ray on a Region A locked, BD50 disc with a flyer for an UltraViolet Digital Copy. Housed inside a blue, eco-cutout case with glossy slipcover, the disc starts with several skippable trailers before switching to an animated menu screen with full-motion clips and music.

The single moms join forces and tackle Blu-ray with a first-rate, highly-detailed 1080p/AVC MPEG-4 encode. Fine lines and objects are very well-defined and sharp, exposing every crevice and item in the background. Facial complexions appear healthy with accurate flesh tones and excellent lifelike textures. Colors are bold and energetic with richly-saturated primaries that make the video look lively. Blacks are deep and true without ruining shadow details, providing the 2.40:1 image with a welcomed cinematic appeal and appreciable depth. Contrast is spot-on with crisp, brilliant whites, allowing for outstanding visibility in the far distance and making this high-def transfer a highlight of the package.

When it comes to the audio, the ladies unfortunately don't make the same impact as the video, yet it's still pretty good and gets the job done. Of course, being a character-driven drama, the focus is on the conversations where the DTS-HD MA soundtrack ultimately shines. Imaging is wide and welcoming with lots of convincing activity in the background, keeping the viewer engaged with a satisfying wall of sound. Dynamics and acoustics are detailed and full of warmth with strong room penetration and excellent fidelity. The musical score is pleasing with great separation in the instrumentation and very light bleeds in the surrounds, but the rears are noticeably lacking. Sadly, low bass is lackluster and tepid, making this lossless mix adequate but not particularly impressive.

Despite a few possibly touching moments and two potentially endearing characters, 'The Single Moms Club' is usual Tyler Perry mediocrity feigning insight on the dynamics of family. The Blu-ray arrives with amazingly good picture quality and a strong audio presentation, but being very light in the bonus department, the overall package is ultimately only for those devoted and loyal to the Tyler Perry conveyor belt diet.

Sale Price 14.29
Buy Now
3rd Party 10
In Stock.
See what people are saying about this story or others
See Comments in Forum
Previous Next
Pre-Orders
Tomorrow's latest releases