In many ways, 'Johnny Come Lately,' with its earnest focus on exposing corruption in government and illustration of the ease with which the wealthy continue to use their influence to suit their needs is either an incredibly prescient story, or simply proof that very little has changed since the film was released in 1943.

Starring the legendary James Cagney as Tom Richards, an ex-newspaperman who spends his days riding the rails and living a life of quiet reflection. Not long after his introduction, Tom finds himself in the care of Vinnie McLeod (Grace George) the altruistic, though down-on-her-luck, owner of the small local newspaper the Shield and Banner. After a brief meeting wherein Vinnie learns of Tom's old newspaper days, and ostensibly saves him from spending time in jail on a vagrancy charge, she puts him to work at her paper and tasks him with the seemingly insurmountable job of exposing the corruption of rival newspaperman Big Boss W.M. Dougherty (Edward McNamara).

Naturally, Tom is reluctant at first, as he's been licking his wounds from the last time he tussled with the wealthy and the corrupt. His reluctance is furthered by the presence of Vinnie's newspaper staff, which includes her ambitious but inexperienced granddaughter Jane (Marjorie Lord), Willie Ferguson (George Cleveland), the drunken but amusing staff reporter, and his curmudgeonly sister Myrtle (Margaret Hamilton). However, after his first run-in with Dougherty, Tom finds his vigor for truth and justice has been restored, and it only takes the help of an outspoken club owner named Gashouse Mary (Marjorie Main) to help Tom get the evidence he needs to run Dougherty out of town. But hhings become complicated when Tom finds out Jane is quasi-betrothed to Dougherty's son Pete (Bill Henry), and when Dougherty hires some goons to first scare, and, when that doesn't work, kill Tom and Vinnie. 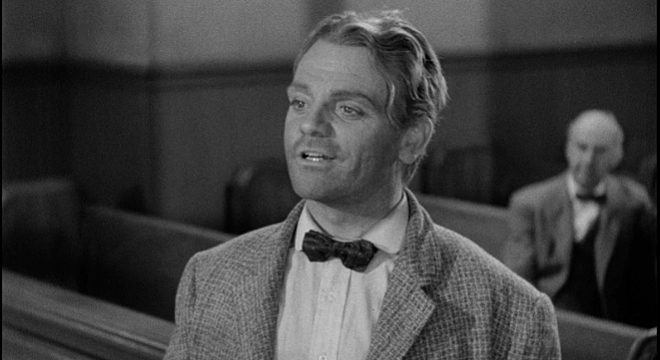 The film's sentimental earnestness works well against the underlying conceit of corruption and the wanton abuse of power for the first half, but when things turn surprisingly violent with a shootout, a fist fight aboard a runaway horse carriage, and a small riot, the sudden tonal shift is jarring enough to make the film's rather hasty conclusion feel more than a little wobbly. Much of this has to do with the way characters feel more like emphatic depictions of goodness or corruption than anything else. 'Johnny Come Lately' begins with a demonstration of Vinnie's altruism, as two vagrants wash up in her basement, waiting for the free breakfast she offers to men who are down on their luck. Meanwhile, Vinnie asks her maid Aida (Hattie McDaniel) to wrap up a pair of silver candlesticks she can pawn to continue paying the wages of those in her employ. Elsewhere, judges and policemen are so deep in Dougherty's pocket, they might as well spend their time twirling their mustaches and tying women to railroad tracks.

Cagney turns in a fine performance and manages to anchor most of the film around his indomitable screen presence. Tom's initial reluctance is not given much screen time, nor does the film go into any great detail about his past newspaper days, which might have added some depth to both his initial disinclination and his sudden devotion to taking down Dougherty. Supporting characters turn in admirable performances, but, again, can feel more than a little flat and superfluous at times. Jane's on-again off-again relationship with Pete reads like it is going to play as a potential romance for Tom, but surprisingly, neither character has much impact on the overall story. Similarly, the Ferguson siblings only seem to round out the newspaper staff in the beginning, and then offer little to the story once Tom gets the ball rolling. In the end, it is Gashouse Mary who winds up supporting Tom the most – both in terms of the narrative and in terms of performance – but she's introduced so late in the picture, the time before feels like misspent energy.

There is a lot to enjoy about 'Johnny Come Lately' from an historical perspective. The film offers a quaint picture of a bygone era, and showcases plenty of talent from long ago. It is saccharine and soupy at times, and the story can feel unnecessarily bloated in the wrong places. Still, that being said, there is a resolute charm here that cannot be denied, and the film is from a time when such overwhelming earnestness was not only expected but also essential to telling a moral story such as this. Surprisingly, that morality, the discussion of the abuse of power and wealth is quite relevant today. The manner in which modern movies discuss such things may have changed, but the sentiment and desire to induce that change still feels comfortably familiar. 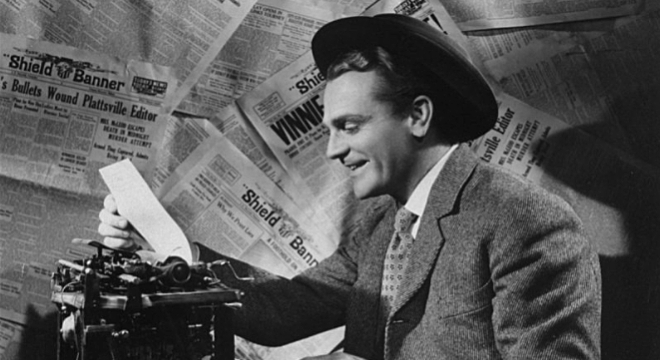 'Johnny Come Lately' comes from Olive Films as a single 24GB Blu-ray disc in the standard keepcase. As with all Olive releases, there are no previews or special features of any kind.

Presented in a 1.37:1 aspect ratio, the 1080p AVC/MPEG-4 encoded transfer does a very nice job of showcasing the black and white image. Contrast is very high throughout, offering deep, rich blacks that are free from crush or banding of any kind. Shadow delineation is strong, and the gray scale offers a tremendous separation between the two ends of the black and white spectrum. Meanwhile, whites are even throughout, maintaining a consistency that keeps the image from looking too glossy or blown out. Fine detail is surprisingly high, though some scenes do suffer from the presence of grain, which obscures some of the facial features or textural elements.

Additionally, although it looks like the film has been cleaned up somewhat, the presence of noise in the picture is noticeable at times. A few white specks here and there, and the occasional screen flicker do show up. Moreover, the image can be flat in places, and that lack of depth keeps the image from being as stellar as it should.

Overall, this is a fine image that won't blow the viewer away, but it won't entirely disappoint them either. Its strength in certain areas can make up for its faults in others.

The DTS-HD 1.0 mix is a capable if not entirely impressive endeavor that offers crisp, clear sounding dialogue while also displaying the Academy Award-nominated score of composer Leigh Harline quite nicely. Some of the scenes are surprisingly deep and layered, which creates a dynamic atmosphere on occasion that helps elevate the film on a cinematic level. Most of the time, though, the mix is simply tasked with presenting the actors' dialogue, which it does quite well, and even handles the balance with small sound effects and the film's score with nearly imperceptible change.

It is not a particularly challenging mix, but it certainly does its job and even manages to impress on occasion. Additionally, the sound is free from hissing, clicks, or unfortunate pitches that would otherwise mar a presentation as old as this.

'Johnny Come Lately' does not contain any special features.

'Johnny Come Lately' is an endearing yet unchallenging film that makes the most of its leading man but offers too few roles of merit for the talented supporting cast. The story is linear and pleasantly told, but it can come off as lacking depth in places where such a thing could have easily been added. Still, the film's moral core, and outrage at corruption is as socially applicable now as it was 71 years ago, which can make for an interesting viewing experience. With a good but not great image and very nice sound, this Cagney picture is definitely worth a look.

Sale Price 30
Buy Now
3rd Party 23.46
In Stock.
See what people are saying about this story or others
See Comments in Forum
Previous Next
Pre-Orders
Tomorrow's latest releases