After the success of Steven Soderbergh's 'Traffic,' the notion of the multi-narrative ensemble film was suddenly synonymous with prestige and heavy, dramatic themes. It was seen again – to gradually less success – in films like 'Syriana,' 'Babel,' and so on, and then again, by Soderbergh, with the surprisingly clinical and yet still very entertaining 'Contagion.' That was, in and of itself, something slightly different, as it took the multiple lines of focus and centered them around a single, concrete and globally catastrophic event of a deadly virus devastating humanity. In that regard, writer-director Brian Horiuchi's 'Parts Per Billion' is attempting to do much the same thing, by examining the lives of a handful of characters as they cope with what may well be the end of civilization.

Horiuchi has assembled a recognizable cast of stars like Josh Hartnett, Rosario Dawson, Frank Langella, and Gena Rowlands, while filling out some of the smaller roles with the likes of Penn Badgley ('Gossip Girl') and Teresa Palmer ('Warm Bodies'). And while each actor handles his or her particular arc in a perfectly adequate, workman-like fashion, it is the over-affected directing mixed with the underwritten screenplay that ultimately sinks the film.

'Parts Per Billion' begins overseas, when a biological weapon is unleashed, killing millions in the blink of an eye, and soon the pathogen sweeps across Western Europe and soon the Atlantic, whereupon it begins wreaking havoc on the United States. Horiuchi frames the catastrophe in such a way that even though the population of the Eastern Seaboard is being decimated, average people like Hartnett and Dawson's couple, or Teresa Palmer and Penn Badgley's young lovers still go about their daily routine. There is a sense of continued banality in the face of pending disaster that might have actually proven profound, but Horiuchi never quite finds the significance in balancing the cataclysm against the everyday with what at first appears to be incredible composure, but soon begins to feel like sheer ignorance on behalf of the characters. 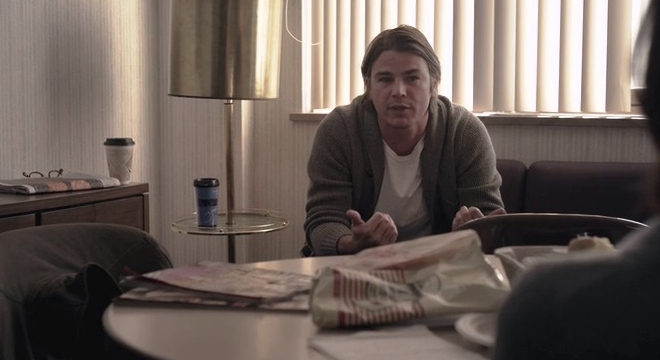 In that regard, most of the characters are thinly drawn. Dawson's character is a high profile attorney, while her husband is an underemployed writer. Meanwhile, Badgley is a struggling musician also living off the earnings of his more successful partner. This leads to a moment when the film revels Langella to be Badgley's grandfather, who wants to give his grandson some money, only to jump to the conclusion the boy rejects his offer because of his connection to the pathogen currently wiping out humanity. This is intended to be a powerful moment, and yet, try as the film might, there is absolutely no gravitas or sense of pathos anywhere to be found. There is no common thread amongst these narratives aside from Dawson's lawyer defending Langella against a non-disclosure lawsuit that's tangentially tied to his involvement with the pathogen. At the end of the day, the correlations mildly justify the character's interactions with one another, but such thin threads do little make the film feel reliant on anything beyond coincidence to build the structure intended to give meaning to the devastating framework of the story.

Most of the storylines lack a clear sense of drive or want on behalf of the characters. In fact, the only one seemingly fixated on surviving the plague is Langella and his sweet, but ineffectual wife. The two wander from abandoned hospital to abandoned hospital in search of oxygen tanks and other supplies in the hopes of staying alive for a little bit longer. There is an interesting futility in Langella's desire to best his own creation, but, as with all the other stories, there not a compelling enough connection made between his character's actions and the events dictating his narrative. It would be one thing if the film's objective were to illustrate the myriad reactions to the end of the world, but everyone seems too wrapped up in petty domestic disputes to acknowledge what's going on in a compelling fashion.

Perhaps that was the intention of 'Parts Per Billion'; to show how wrapped up the characters are in their own lives that when the apocalypse happens, they remain emotionally unattached. Whether that is or is not Horiuchi's intention, the film still falls flat. He either failed to convincingly portray his goal as selfishness in the face of global catastrophe, or he failed to make the film about anything else, because it doesn't seem to be about anything else, either. The film lacks any truly concrete ideas about the end of humankind, and the personal, emotional ramifications that stem from that horrific notion. As though he could sense that, Horiuchi masks the lack of compelling notions about life and death on a massive scale by trying his hand at creating visual metaphors a la Terrence Malick. Here, however, elegiac glimpses of sunlight being filtered through trees just looks amateurish and sad, and any potential significance that might have come from such imagery is wasted once it becomes clear Horiuchi is not just playing with multiple narratives, but he's also dabbling in extreme non-linear storytelling that also includes some hackneyed suggestions as to what comes after death.

Unconvincing from the start, 'Parts Per Billion' rides the coattails of more successful multi-narrative films by suggesting it is part of the club. It doesn't take long for this film to be outed as a mere interloper with delusions of grandeur, however. 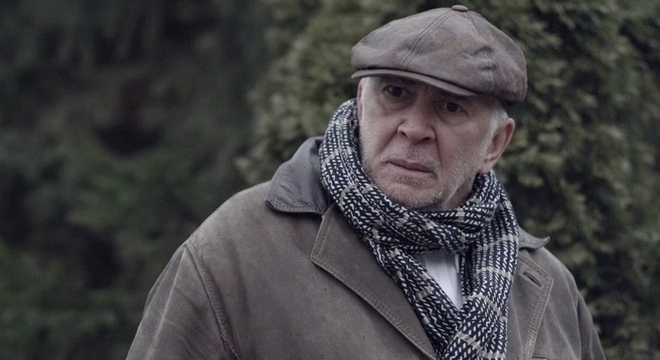 'Parts Per Billion' comes from Millennium Entertainment as a single 25GB Blu-ray disc in the standard keepcase. There are a handful of previews ahead of the top menu that serve as the only special feature on the disc.

'Parts Per Billion' attempts to distinguish the various narratives by using the tired trick of assigning each one its own distinct color palette. While not nearly as extreme as, say, 'Traffic,' the effect is clear, but again, there doesn't seem to be any real significance to or reason behind the choice. Still, the filtering of the images seems to have little negative effect on the amount of fine detail that is present throughout the film. The 1080p AVC/MPEG-4 encoded transfer is filled with a nice amount of fine detail that is primarily present in facial features and textural elements, but it can become muddied the further away from the lens the subject becomes. Contrast is high throughout, offering nice robust black levels and whites that don't look blown out. This is particularly noticeable during the homage to Malick moments late in the film. Color is mostly subdued throughout, however, with most everything taking on a deliberately drab look. Still, darker colors tend to pop quite a bit, while whites stand out nicely.

This is an above average image on a film that was likely shot with a very small budget. It looks nice, and generally offers very good presentation for a rather gray film.

The Dolby TrueHD 5.1 mix is one of the better examples of the format in recent memory. The dialogue is strong and precise, but, most importantly, it is balanced with the other elements of the film in such a way that voices are plainly heard, even when several other things are happening at the same time. That sense of balance gives the mix the ability to focus on character interaction while also letting the score and sound effects be heard and appreciated. To be fair, there isn't a whole lot that this mix is asked to do, but it does handle settings with nicely detailed bits of atmosphere that help make hospitals and busy streets feel more authentic. Rear channels handle a great deal of the atmosphere and do so with a nice amount of clarity. Meanwhile, the front channels tend to pick up larger, more robust sounds and the occasional hint of LFE. Mostly, though, this is a mix that lives on the quality of the dialogue, and here, the 'Parts Per Billion' mix does a very nice job.

'Parts Per Billion' does not include any special features.

'Parts Per Billion' is the typical high concept film that clearly bit off far more than it can chew. Not only does the film fail to present a compelling or authentic emotional spectrum set around such enormous global stakes, but it also fails to find an adequate, interesting connection between the various threads it uses to tell the story. There is no coherence in the narrative or amongst the characters on screen. Ultimately, everything becomes far too disjointed and the distance that puts between the intended emotions and how they are interpreted quickly becomes insurmountable. While the film has a nice image and very good sound, this isn't worth anyone's time. Skip it.

Sale Price 11.75
Buy Now
3rd Party 3.5
In Stock.
See what people are saying about this story or others
See Comments in Forum
Previous Next
Pre-Orders
Tomorrow's latest releases