Based on the 2009 investigative book by BBC correspondent Martin Sixsmith, The Lost Child of Philomena Lee, this film focuses on the efforts of Philomena Lee (Judi Dench), mother to a boy conceived out of wedlock — something Philomena's Irish-Catholic community didn't have the highest opinion of — and given away for adoption in the United States. Following church doctrine, she was forced to sign a contract that wouldn't allow for any sort of inquiry into her son's whereabouts. After starting a family years later in England and, for the most part, moving on with her life, Philomena meets Sixsmith (Steve Coogan), a BBC reporter with whom she decides to track down her long-lost son.

Nominated for four Academy Awards, including Best Picture and Best Actress, 'Philomena' tells the real-life story of Philomena Lee (Judi Dench), who has spent a huge chunk of her life searching for her son, who was given up for adoption as a young child by nuns at an Abbey in Ireland to which she was sent after getting pregnant as a young girl. She's joined in her search by Martin Sixsmith (Steve Coogan), a former BBC correspondent, who has just lost his job with the British government and is looking for a worthwhile story to work on.

Like many films of this type, much of the enjoyment has less to do with Philomena's search for her son, as it does the friendship that develops between her and Martin along the way. This is also one of those movies where giving away too much about where her son is, what happened to him, and what happened at the Abbey would probably ruin part of one's enjoyment of the film, so I'll do my best to avoid giving away too many of 'Philomena's secrets, although – again – the real reason to watch the movie has less to do with those revelations as it does the bond that the two characters build with one another.

'Philomena' doesn't have many kind things to say about organized religion, at least not as it relates to Philomena and her story. One of the more interesting threads of the movie is how Martin – who has already confessed to his wife that he doesn't believe in God – deals with Philomena, who has had these horrible things done to her in the name of the church (and, more specifically, the Catholic Church), yet has a faith that hasn't wavered. This climaxes at the end of the film with a powerful scene in which both characters confront one of the sources of Philomena's suffering. Their individual reactions to the situation and the person create one of the high points of the movie.

It probably goes without saying that Judi Dench is great in her role. She's always been capable of making her characters instantly likable (and, on occasion, instantly unlikeable), but here she plays a person who is a little more naïve than the types of strong women that we usually see Dench embody. There's a section of the movie where Philomena visits American for the first time and is constantly complementing people on how nice they are. When Martin mentions that she doesn't need to be so nice to everyone all the time, Philomena brings him down a few notches and shows what type of a person she really is, by pointing out that it's actually Martin who isn't behaving properly.

While we expect Dench to be great, the big shock in 'Philomena' is just how good Steve Coogan is in his role. Primarily a comedic actor and stand-up personality, Coogan shows he has some real depth and range as an actor in this movie. Rest assured, there's still some great zingers by him throughout the script (a line about Catholics is my favorite…don't worry, you'll know the one when you watch the movie), but this is very much a toned-down performance for Coogan, and like many other comedians who have tried their hand at drama (Robin Williams and Whoopi Goldberg come to mind), I actually prefer Coogan playing it straight. This is easily one of the best performances of his career.

While the subject matter presented here navigates between unsettling and downright appalling, 'Philomena' does a pretty good job of never leaving viewers depressed for too long, with some nice moments of levity. In another's hands, that could have provided for a very uneven film, but Director Stephen Frears (best known for The Queen and High Fidelity) manages it all quite nicely, and gives us a movie with some enjoyable characters dealing with some very difficult issues.

'Philomena' arrives on Blu-ray in a standard Elite keepcase that houses the 25GB disc along with an insert containing a code for an Ultraviolet copy of the movie. The Blu-ray is front-loaded with trailers for The Butler and Mandela: Long Walk to Freedom. The main menu consists of a video montage of clips from the movie, with menu selections running along the bottom of the screen. 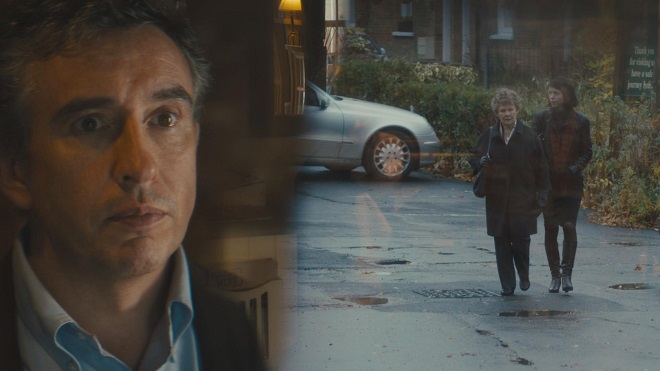 'Philomena' was shot both digitally and with 16mm film – with the modern-day sequences shot on the digital format, while Philomena's memories back to her childhood were done with 16mm. There's also some 8mm 'home movie' footage spread throughout the film.

The digital sequences (the majority of the movie) were shot using Arri Alexa cameras, and look like most titles I have seen shot in this format – incredible detail, nicely deep blacks, with solid contrast and skin tones that are well balanced throughout. The flashback sequences, as you can imagine with 16mm, show a pretty heavy amount of grain, but have been properly color balanced with the rest of the movie so those sequences aren't too jarringly different from the rest of the film.

In terms of glitches or problems with the video such as banding, aliasing, or other compression issues, I didn't spot any obvious problems – resulting in a very pleasant transfer from Anchor Bay.

The English 5.1 DTS-HD Master Audio track here provides a lossless listen that isn't immediately appreciated, since so much of 'Philomena' consists of people talking to other people in more-or-less quiet locations. However, sharp ears will be able to pick up on ambient sounds from the rear speakers, and also appreciate the track when Alexandre Desplat's rather moving (and Oscar nominated) score comes into play. So while things like directionality and immersiveness don't play a big factor here, things like clarity and distinctiveness do, making for a quite pleasurable listening experience. I also detected no glitches or defects in the track.

Aside from the lossless English 5.1 track, the Blu-ray also features a French 5.1 Dolby Digital track. Subtitles are available in English SDH and Spanish. 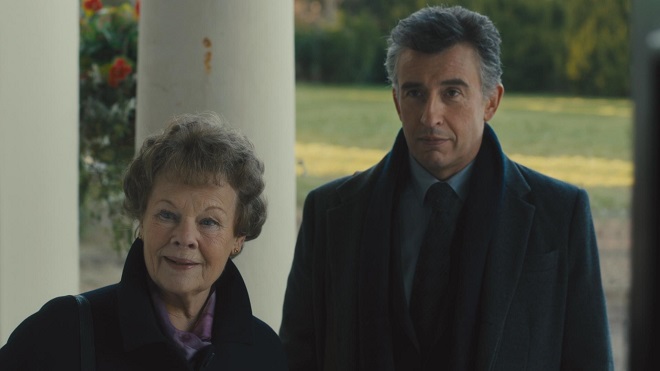 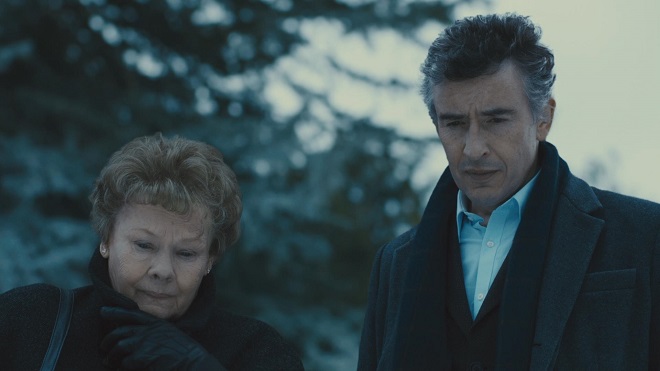 It's arguable whether 'Philomena' was deserving of its spot among the Best Picture nominees; however, it is a well-acted character drama that is certainly worth a viewing, and perhaps even a spot in one's permanent collection. There's nothing groundbreaking here in terms of story (despite being based on real-life events), but the performances alone make seeing the movie worthwhile. Recommended.

Sale Price 6.42
List Price 17.99
Buy Now
3rd Party 10
In Stock.
See what people are saying about this story or others
See Comments in Forum
Previous Next
Pre-Orders
Tomorrow's latest releases