Jamie Summers is put back together, faster, stronger - in High-Definition! The wildly entertaining spin-off series The Bionic Woman (or The Seven Million Dollar Wife as it’s known in Germany) sees Lindsay Wagner run at insane speeds, lift heavy objects, and hear sounds miles away in 58 thrilling episodes and three reunion films. Turbine Media Group delivers this classic 70s television series to Blu-ray in a 9-disc set. Video transfers are generally strong for this release, but with so many episodes pressed on each disc there are a few compression anomalies here and there, but the audio is strong letting the action take center stage. Fans of the series looking to upgrade from their old DVDs should be happy with this release - Recommended

"As a whole, The Bionic Woman may be a tad sillier. You had episodes with a bionic dog and a young Helen Hunt as the alien girl Zora from the Planet Zorla - but these were still fun adventures. The plots could feel like the rejected b-plots cooked up for The Six Million Dollar Man - Jamie infiltrating a corrupt Ladies Wrestling organization - but they were all worth watching. I wasn’t alive yet for this series during its original run and would frequently catch reruns with my sister as a kid. Later in college as a night owl, I got to catch up on the full run and it was a hoot. Comparing the two series I feel like The Bionic Woman had a better tongue-in-cheek sense of humor than The Six Million Dollar Man. It’s a shame the series only made it through three seasons, but this is also a case of having too much of a good thing. 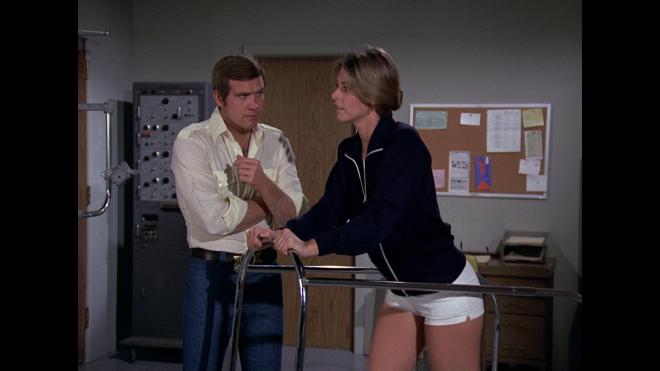 In the way back when where you only had a few television stations and no cable, it was quite something that you could turn on one channel one night and get The Six Million Dollar Man and then on another night turn to a different channel and have The Bionic Woman. That’s a lot of slow-motion bionic-enhanced action and adventure in any given week. Imagine if The X-Files had Mulder and Scully on Fox one night but then had Doggett and Reyes on The CW another night? It’d be cool to get so much fun content but at the same time it can tire out, and I feel like that’s what happened with The Six Million Dollar Man and The Bionic Woman. Once the novelty of two similar connected series wore off those later episodes started feeling a little desperate. Still fun, of course, but maybe not up to par with their peak content. At least everyone was willing to come back after a suitable break for the reunion films and give our bionic duo a proper send-off! 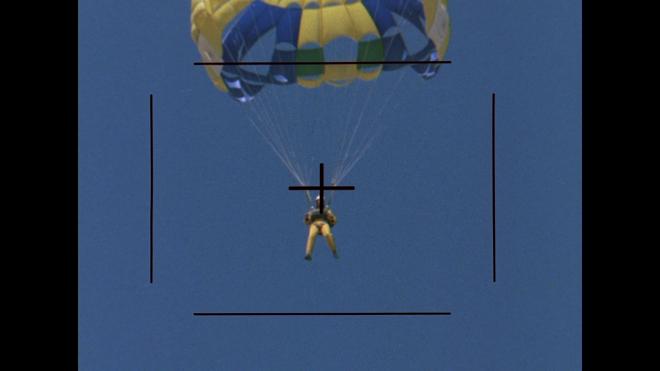 Watching the series today has been a great time. It’s been nearly twenty years since those late nights in college when I actually took the time to sit down and purposefully watch this show. I was really happy to see how well it all holds up. Sure, there are those goofy episodes, but even when the show is at its silliest it’s a great time! That two-parter with The Six Million Dollar Man - The Return of Big Foot has to be one of the goofiest things on television, but I love it to death. Aliens and Big Foot? That concept alone has kept The History Channel alive for over a decade! We may have gotten too much of a good thing with Lindsay Wagner getting her own show, but I’m glad we got it all the same."

Vital Disc Stats: The Blu-ray
The Bionic Woman speeds her way onto Blu-ray in a 9-disc set from Turbine Media Group. All three seasons and three reunion films are featured in this set. All of the discs are housed in a clear Scanavo case with each disc getting it’s own spindle to sit on while slightly overlapping neighboring discs - thankfully they don’t appear to rub on each other so no risk of damage there. Each disc loads to a static image main menu with basic navigation options - but the primary language is German - Google Translate app helps with that. German is also the default audio language but you can select English in the menu or during playback. 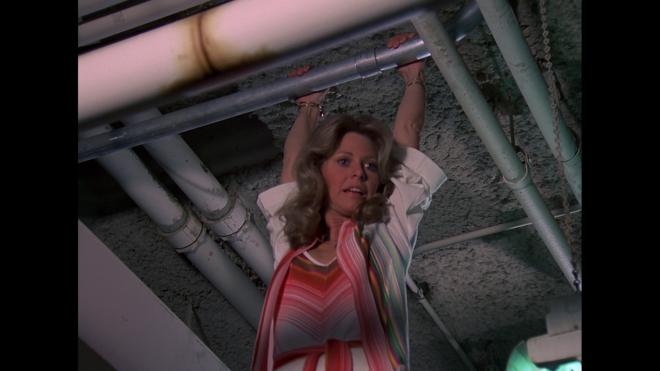 Each episode of The Bionic Woman AKA Die Sieben Millionen Dollar Frau is presented in 1080p with the original 1.33:1 broadcast aspect ratio. Overall each episode scores a pretty solid transfer. Some episodes are in better shape than others depending on how many optical effects or diffusion were used for any given episode. The colors are bold with nice bright primaries. Skin tones are healthy but here and there some scenes people can look a little overly pink - but compared to the Shout Factory set they’re essentially identical. The notable difference maker here is compression. These discs pack a lot of episodes - eight or more onto one disc where Shout kept theirs to four. So bit rates take a bit of a hit. Most of the time differences aren’t always perceptible, but whenever there are any complex patterns in clothing or production design some anomalies can crop up. Hardly a deal breaker though. Likewise, the reunion films look identical to Turbine’s set for The Six Million Dollar Man. With that, the third film, Bionic Ever After? is the roughest looking since apparently it wasn’t sourced from the new scan seen in Shout’s set for the series. Overall the show looks very good. 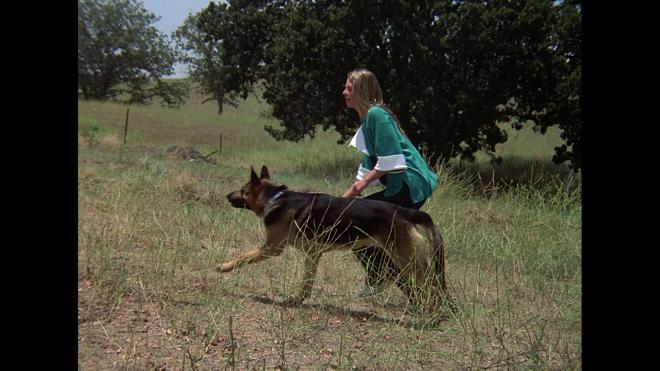 Each episode of The Bionic Woman runs off with a solid DTS-HD MA 2.0 English and German language track. German is the default track so you’ll have to change it in the main menu or during playback for English. For fans of the series that were disappointed with the overall quality of previous DVD sets in the U.S., this set does offer a slight range of improvement. Past DVDs and even on the new Shout Blu-ray release, there’s a muffled quality to the audio that impacted dialog and sound effects. These tracks here are clearer and cleaner sounding without that “muffled” quality, however, I wouldn't say they're a vast improvement. As was the case with the Shout set there are still some clarity issues that linger - especially with any ADR or overdubs, it still sounds hollow in places and I did feel the need to keep my volume higher than my normal preferred setting. The other thing of note is for the reunion films the first two films feature similar if not the same DTS-HD MA 2.0 tracks and they sound just fine. For the third film Bionic Ever After? the audio sounds more uniform without the strange directional effects found on the U.S. Blu-ray releases, but it's quite a bit softer needing more volume attention. 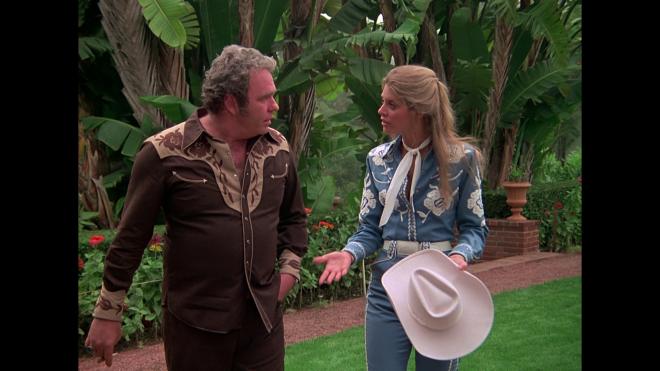 For this release of The Bionic Woman from Turbine, there aren’t really any extras. The episode “Return of Bigfoot - Part II” or “Battle of the Aliens Part 2” as it’s known in Germany is offered as a “bonus” but in Germany this episode was part of The Six Million Dollar Man, not The Bionic Woman. And since the first part of that crossover episode isn’t featured here, it’s kind of a nonstarter for bonus content. 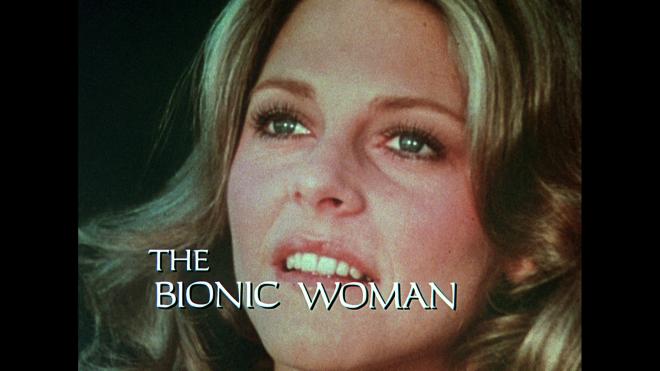 For Bionic fans, it’s a real treat to have this classic series and its counterpart The Six Million Dollar Man on Blur-ay. Both shows brought highly entertaining sci-fi action adventure to the small screen with plenty of reason to tune in every night. Or if you’re like me and too young at the time, a reason to enjoy the reruns and collect the series on disc. Lindsay Wagner was perfect for Jamie Summers giving the character charisma and humor while always being ready for action. If she’s helping a bus driver, an alien, or a bionic dog - she was ready to run at top speed! Turbine Media Group brings the complete series of The Bionic Woman or Die Sieben Millionen Dollar Frau to Blu-ray. While a lot of episodes are packed on each disc, transfers for each episode are generally very good with solid audio. Sadly there really aren’t any bonus features to sweeten the deal if you’re considering importing this set. But, if you’re just here for some good classic 1970s entertainment, this set should do you fine. Recommended.