Take a journey into the shadowy world of Neo Noir Cinema with Collection Two, bringing together some of the best directors in cinema including Kathryn Bigelow, Mike Figgis, James Gray, Joe Carnahan & more.

Rookie cop Megan Turner (Jamie Lee Curtis) orders a burglar to drop his gun. He whirls to shoot. Too late. Turner fires, killing him instantly. But she doesn’t know that someone has been watching. And when that someone lifts the assailant’s gun from the crime scene, carves Turner’s name into the bullets and uses them in a series of murders, Turner is drawn into a deadly game of wits with a psychopath who’s always one step ahead and much closer than she thinks!

Dennis Peck knows his way around the law. He can launder money, run a scam, fix a bad rap. He can even, for the right price, arrange a murder. “Trust me,” he says, “I’m a cop.” Richard Gere is Peck and Andy Garcia is Raymond Avila, the investigator determined to bring Peck to justice in this supercharged police thriller. Peck isn’t going down without a fight.

When Commissaire Pierre Niemans (Jean Reno), France’s leading serial killer investigator, is called to investigate a grisly murder, he enters a world of secrets, lies and unthinkable horrors. The dead, whose hands and eyes have been removed, are clues to a terrible tradition the killer can no longer bear. Each murder means something more; each victim, a guilty conspirator in a grand immoral experiment. Filled with blood-chilling suspense, twisted turns and breathtaking locations, this tense thriller has the style, action and intelligence to keep you wondering what’s really happening right up until the shocking conclusion.

Released from prison after taking the fall for a group of his friends, Leo Handler (Mark Wahlberg) just wants to get his life back on track. But when he takes a job with his powerfully influential Uncle Frank (James Caan) and reconnects with his old friend Willie (Joaquin Phoenix), Leo finds himself unwittingly drawn into a world of sabotage, high-stakes payoffs, and even murder! Then, he discovers a secret that makes him the target of the city’s most ruthless family, his own!

Narc tells the story of suspended undercover narcotics officer, Nick Tellis (Patric), who is reluctantly drawn back onto the force to find the truth behind the murder of a young police officer killed in the line of duty. He is teamed with Henry Oak (Liotta), the slain officer’s partner, a rogue cop who will stop at nothing to avenge his friend’s death. As Tellis and Oak unravel the case, the dark underbelly of the narcotics world reveals itself in surprising ways that are more twisted than either officer has ever seen before and threatens to destroy them both. 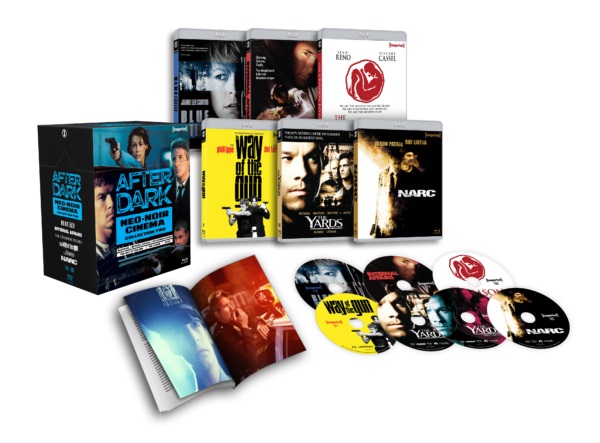