HER BLOOD BOILED WITH DESIRE…RAGED WITH JEALOUS FURY!

Anna Magnani plays Serafina Delle Rose, who retreats from the world when her beloved husband dies. But Serafina reawakens to life’s joys when she meets Alvaro (Burt Lancaster), a happy-go-lucky truck driver who has the same sunny openness her husband had, even the same occupation. And on his chest is the same symbol of love, The Rose Tattoo.

When Tennessee Williams wrote The Rose Tattoo, he had one actress in mind – Anna Magnani. William’s sense of casting proved as sharp as his ear for dialogue. Magnani won the Best Actress Oscar for her bravura portrayal in this drama that received eight Academy Award nominations (including Best Picture) and won three. 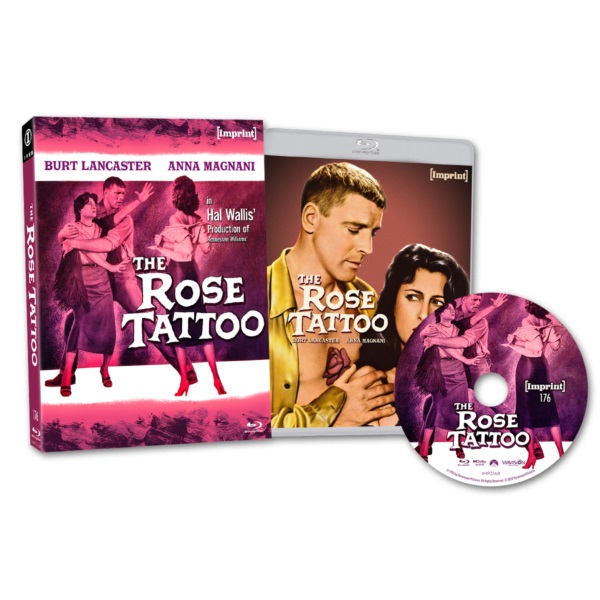