IN 1917, IN THE RED-LIGHT DISTRICT OF NEW ORLEANS, THEY CALLED HER “PRETTY BABY”.

Hattie (Susan Sarandon), a New Orleans hooker, meets a photographer named Bellocq (Keith Carradine) at her brothel one night and, after he photographs her, he befriends her 12-year-old daughter, Violet (Brooke Shields). When Violet is brought on as a working girl by her mother’s madam and Hattie skips town to get married, Violet quickly loses her innocence and focuses on reuniting with Bellocq. But a life with Bellocq is compromised for Violet after her mother returns to town.

Controversial at the time of release as the story centred on the taboo theme of child prostitution. Acclaimed director Louis Malle created a film of humanity and beauty and is a must-see for all serious film fans. 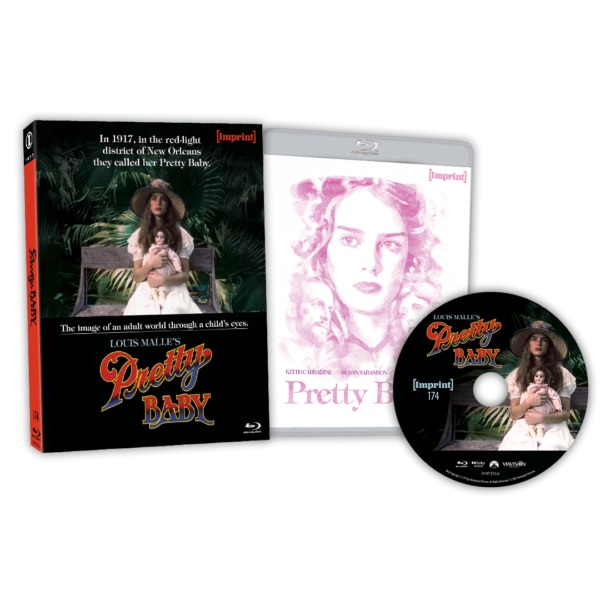