Jack Lemmon's Oscar-winning turn as a frazzled garment industry executive who goes to desperate lengths to save his business makes Save the Tiger worth watching. Though many fine moments distinguish director John G. Avildsen's pointed, off-beat character study, the film's meandering nature and slow pacing dull its impact. Solid video and audio transfers and a hefty supplemental package enhance the appeal of Imprint's limited edition Blu-ray release of this well-made, but not particularly satisfying movie. Worth a Look.

Great acting doesn't always go hand-in-hand with a great film. Plenty of Oscars have been awarded to performers for ho-hum movies, like Bette Davis for Dangerous, Meryl Streep for The Iron Lady, Renee Zellweger for Judy...and Jack Lemmon for Save the Tiger. Lemmon's bravura portrayal of a desperate fashion executive perched on the precipice of ruin still brims with truth and meaning, but can't quite bring director John G. Avildsen's incisive character study over the finish line. Issues of pacing and narrative flow plague the film and keep it from wielding the gut punch we expect. Unlike Rocky, which would win Avildsen a Best Director Oscar three years later, Save the Tiger does a lot of sparring, but its jabs only sporadically connect.

Harry Stoner (Lemmon), much like the titular tiger and Kirk Douglas' disassociated cowboy in Lonely Are the Brave, is the last of a dying breed, an endangered species who clings to the past and struggles to face a very uncertain future. After years of book-cooking to keep it afloat, his apparel company is hanging by a thread, and if Harry can't come up with $300,000 to cover outstanding debts, it will go under. Desperate for cash, Harry considers torching his warehouse so he can collect the insurance payout, and over the vehement objections of Phil Greene (Jack Gifford), his accountant and friend, he hooks up with Fred Mirrell (Norman Burton), a mobster who specializes in corporate arson.

If that isn't enough, the beleaguered Harry must also handle battling employees while dealing wih recurring nightmares, a mid-life crisis, and guilt and PTSD stemming from his combat service in World War II. Living in the past keeps Harry from properly dealing with the present and future and realizing what a lucky son-of-a-bitch he really is. Like an aging athlete, he just wants "one more season," but he might have to leverage his entire life to get it. 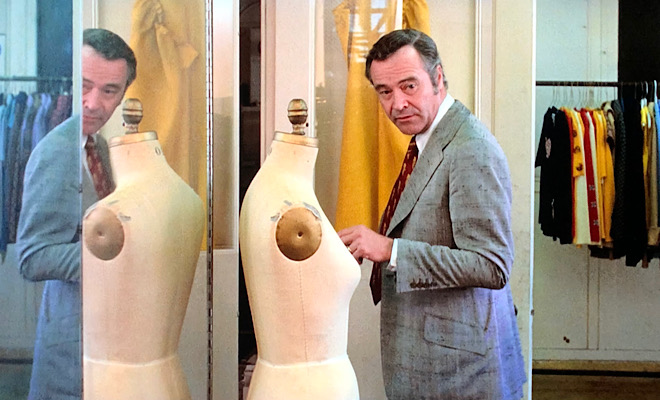 Save the Tiger perfectly encapsulates the 1970s, both from a social and cinematic standpoint, but its flashes of brilliance are too fleeting to stick. Steve Shagan's Oscar-nominated screenplay includes some memorable exchanges, but the day-in-the-life format produces a meandering, episodic narrative that never crescendos to a climax. The low-key ending supplies some Woody Allen flavor, but without any resolution, the story just peters out, prompting a shoulder shrug instead of a lingering resonance. After spending the day and night with Harry, we feel his pain and pity his plight, but his lack of growth and continued limited insight leave us cold.

There's more to Save the Tiger than meets the eye, but some over-the-top and self-consciously quirky moments often overshadow the more relatable and affecting subtleties. Character beats abound, but more than one viewing is likely required to fully appreciate them. Avildsen, making his first major studio movie, stays true to his indie roots, thrusting us into the grit and grime of urban L.A. while maximizing his paltry $1 million budget. Though the success of Rocky would funnel him - for better or worse - into the Hollywood mainstream, Save the Tiger reminds us of Avildsen's raw talent and engenders renewed respect for his often underrated abilities. 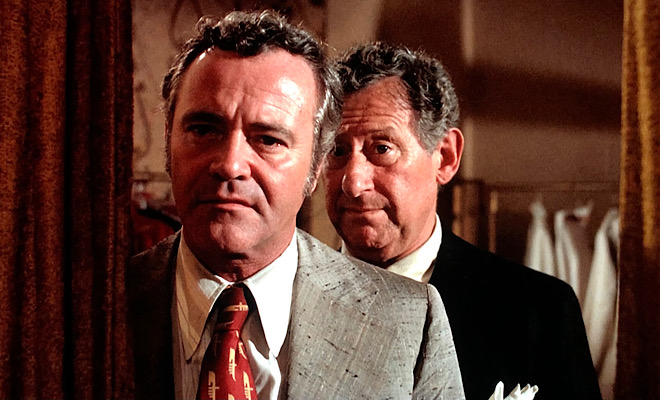 Prior to Save the Tiger, Lemmon's only foray into straight drama was his devastating, Oscar-nominated turn as a happy-go-lucky alcoholic in Blake Edwards' Days of Wine and Roses a decade before, so it was somewhat risky for the actor to abandon the bankable security of his patented comic persona to portray the bitter, cynical, tortured Harry Stoner. The gamble, though, paid off. Lemmon disappears inside the part, crafting a disarmingly natural, nuanced performance that justly won him his second Academy Award over such formidable competition as Al Pacino (Serpico), Jack Nicholson (The Last Detail), Marlon Brando (Last Tango in Paris), and Robert Redford (The Sting).

Gilford, best known for his long-running Crackerjack TV commercials and the geriatric Cocoon movies, also shed his congenial image to play the disillusioned, unethical accountant. His fiery exchanges with Lemmon give the film a much-needed boost and his textured portrayal earned him an Oscar nod in the supporting category, though he would lose the award to John Houseman for The Paper Chase. 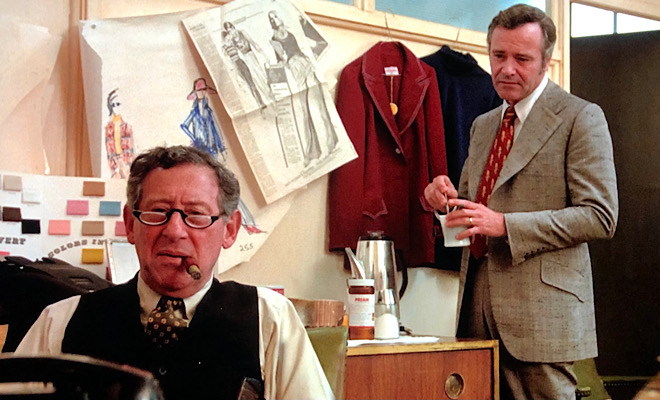 The rest of the little-known cast also make notable impressions (Laurie Heinemen is especially good as a young, carefree hippie who latches onto Harry), but from the first frame to the last, Save the Tiger is Lemmon's film. He completely embodies Harry and his terrific portrayal paved the way for future dramatic roles in The China Syndrome and Missing, both of which would earn him Best Actor Oscar nominations. It's just a shame the movie as a whole can't match his electrifying work. Harry Stoner may not be able to save himself, but Lemmon most certainly saves Save the Tiger.

Vital Disc Stats: The Blu-ray
Save the Tiger arrives on Blu-ray packaged in a standard clear case inside a sleek cardboard slipcase. Video codec is 1080p/AVC MPEG-4 and audio is LPCM mono 2.0. Once the region-free disc is inserted into the player, the static menu with music immediately pops up; no previews or promos precede it.

Despite the lack of any noticeable remastering, the 1080p/AVC MPEG-4 transfer from Paramount Pictures looks quite good. Though some mild speckling dots the print throughout, the image is crisp, vibrant, and balanced. Faint grain preserves the feel of film and excellent contrast enhances depth. Costume textures and patterns are well defined and bursts of nicely saturated color - lush green landscapes, pale yellow curtains, a bright red ladies coat hanging in the background, a bold yellow taxicab, various garments in the factory - perk up the frame. Rich blacks, vivid and stable whites, good shadow delineation, and natural flesh tones also distinguish this rendering, and sharp close-ups highlight the careworn lines and glistening sweat on Lemmon's face. Some softness crops up from time to time, but considering the movie's low budget and indie feel, such instances come with the territory. Though I haven't seen the DVD transfer of Save the Tiger, it's tough to imagine this 50-year-old film looking any better than it does here.

The LPCM mono 2.0 track supplies clear, well-modulated sound. A wide dynamic scale handles all the highs and lows of Marvin Hamlisch's jazz-infused music score without any distortion, and though a few lines of dialogue are obscured, the bulk of the exchanges are easy to comprehend. Subtle atmospherics like the urban sounds of the L.A. streets, waves lapping against the Pacific shore, and footsteps crunching against concrete nicely shade the action, and no age-related hiss, pops, or crackle intrude.

Imprint honors the film with a hefty supplemental package that mixes new and vintage material.

Save the Tiger checks all the boxes of '70s cinema, but despite an Oscar-winning performance by Jack Lemmon, this incisive character study doesn't quite make the grade. A meandering script and unsatisfying ending keep the movie from scaling the heights we expect, but Lemmon's terrific portrayal keeps us involved. Imprint's limited edition Blu-ray features strong video and audio transfers and a hefty supplemental package. Lemmon fans will certainly want to grab this high-quality release; for everyone else, Save the Tiger is worth a look.