When a pair of psychopaths get into the snuff film business, local cops and sex workers will soon discover their city is a waking nightmare in Streets of Death. From video store auteur Jeff Hathcock, this stylish shot-on-video thriller proves to be a highly entertaining jaunt with Larry Thomas, Susanne Smith, and former Disney star Tommy Kirk as a jaded ex-detective looking for redemption. Fans of lost rental shop gems will have a great time with this new Blu-ray release from Culture Shock scoring an average A/V presentation for an 80s SOV thriller with some excellent bonus features. Worth A Look

“It’s impossible to say which particular wound was the fatal one.”

Being a sex worker in the big city is already a tough gig, but the ladies of the night are putting their lives on the line with every trick. When dead prostitutes start turning up on street corners, warehouses, and dumpsters, Lt. Bernie Navarre (Simon de Soto) will have to turn to his pal former police detective Frank Phillips (Tommy Kirk), and his best undercover officer Kelly Anderson (Susanne Smith) to crack the case. But little do they know our killer is actually a duo act - two psychos who are feeding their compulsion to kill by supplying the underground snuff film market with fresh bloody content. 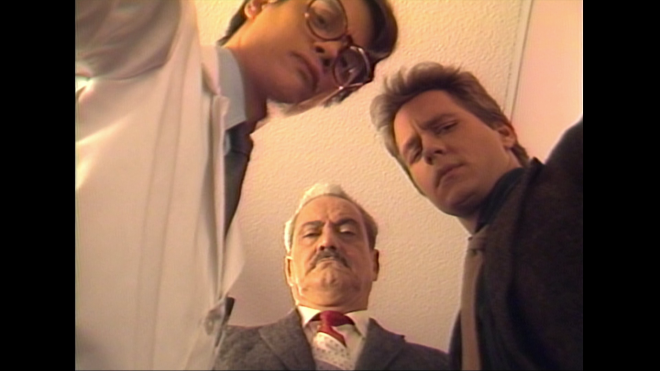 Once again, we have another lost and nearly forgotten VHS rental gem returned to the collection with Steets of Death. Jeff Hathcock’s Night Ripper proved to be a fun little diversion of horror slasher material, but he ups his game with this one. Reassembling the best pieces of his last film, he stakes out a new serial killer thriller that proves to be highly entertaining. It’s leaner, meaner, and bloodier. The film looks bigger than his previous effort with better staging, writing, and all-around better performances from his returning cast of newcomers and amateurs looking to break into the business. It also has a delightfully wicked sense of humor that I'm sure will get a few good laughs out of folks who give this a shot. 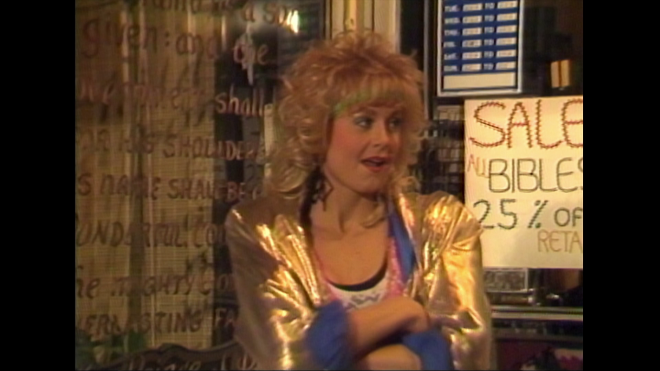 This is still very much a low-budget film, but camera staging and cinematography, locations, and simple direction of the actors play better than before. On top of that, we get great turns from Larry Thomas and a very fun appearance from former Disney child star Tommy Kirk as the quintessential jaded detective hellbent on proving he’s still a good cop. This film also ups the quota for blood and death handily feeding the horror crowd. That last act has some pretty inventive kills! Compared to the average 80s slasher film of the era this is still pretty tame stuff, but there are some gnarly bits and a few genuinely suspenseful sequences that shine through. If lost VHS rental shop artifacts are your bread and butter, you’re in for a treat!

Vital Disc Stats: The Blu-ray
Streets of Death stalks the cold hard avenues of Blu-ray in a new single-disc release from Culture Shock with Vinegar Syndrome. The film is pressed on a Region Free BD-25 disc and is housed in a standard clear case with reversible insert art. If you order from Vinegar Syndrome you pick up a slick-looking slipcover. The disc loads to an animated main menu with standard navigation options. 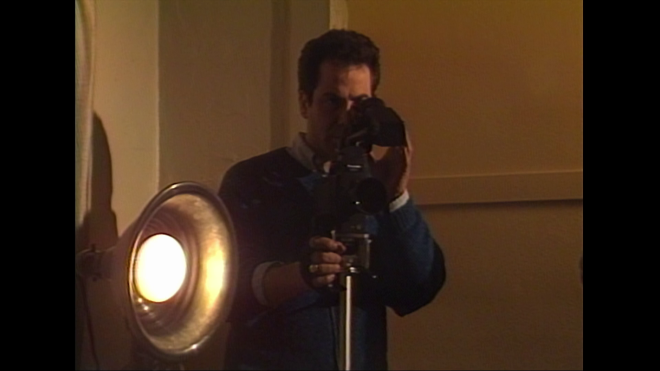 Streets of Death, much like Night Ripper and other shot-on-tape films of the 80s, they’re locked products of their era. Blu-ray may seem like a strange format for a film like this considering all things, but it’s here and for what it is, it’s pretty decent. All of the standard anomalies are present from washed-out colors, light trails, lack of fine detail - you name it. However, this is what you want for a movie like Streets of Death. For a kid who spent most of his life trolling the horror section at the local mom-and-pop shop watching something like this is like slipping into a warm 3/4-inch bath. 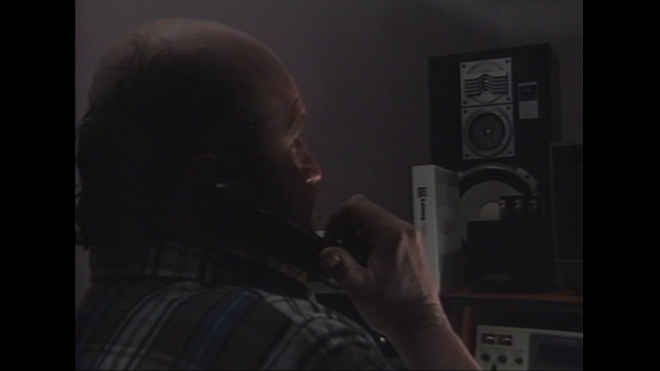 Like the video transfer, the DTS-HD MA 2.0 track for Streets of Death is limited by the source. Dialog is fairly clear much of the time, but there are a few exchanges that get lost in the muffled fidelity. Thankfully you don’t seem to miss anything important for those couple of exchanges. In a delightful twist, one anomaly I never thought I love to hear is that comforting thrum of audio purr indicative of a well-loved tape that’s been run and rewound a few times. Thankfully any trouble spots are minimal and shouldn’t keep you from enjoying the show. 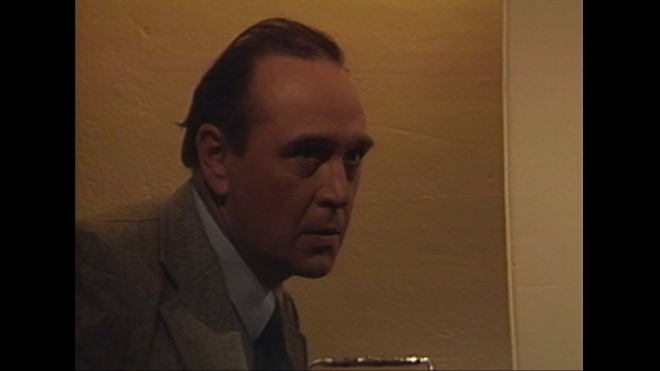 Once again Culture Shock delivers an excellent disc. What they can’t supply with vastly improved video or audio for these SOV treats, they make up for with another great selection of bonus features. Headlining the collection is another fun audio commentary with the Movie Melt podcast crew. Then we pick up a trio of informative and often very entertaining interviews with Cinematographer Michael Wright, actor Larry Thomas, and writer/director Jeff Hathcock. 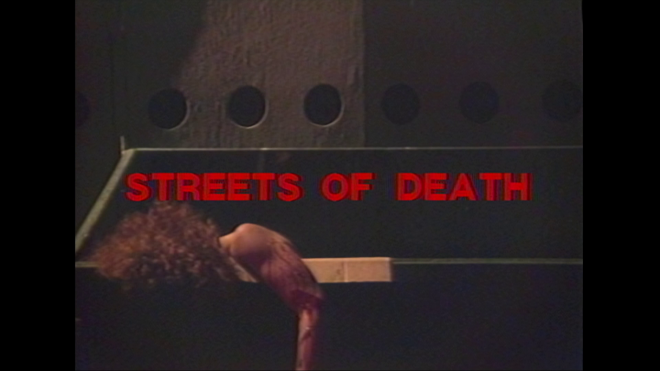 Streets of Death isn’t your average 80s slasher horror flick. Most folks probably don’t even remember it existed or cast it off because of its videotape origins. Thankfully Culture Shock is giving little gems like this a new lease on life. You’ve got some great emerging talent working hard to make this flick click and then you’ve got an old-school veteran like Tommy Kirk coming in to spice up the mix. As far as the A/V presentation goes, it is what it is - and if you’ve watched enough SOV films it’s not necessarily ideal but it’s certainly watchable. Cap this disc off with a great selection of bonus features and you have another very entertaining evening of entertainment for your next cult film hangout. Worth A Look